Does Your Brand Have a Voice In Social Causes?

Today many brands are going above and beyond to stand out and make a difference. Millennials and Generation Z are considering brands based on how that brand is impacting the world to become a better place. Having a powerful message and a purpose with your brand’s image will get the attention of many if done correctly.

In the world we live in today, social change is essential. And it has become essential for brand managers to choose a position:  Do you want your brand to be involved in social issues or maintain distance from controversy? In this blog, Hollywood Branded discusses how brands influence social change and convey a message that will resonate with their consumer base, and provides seven examples of brands doing it right. 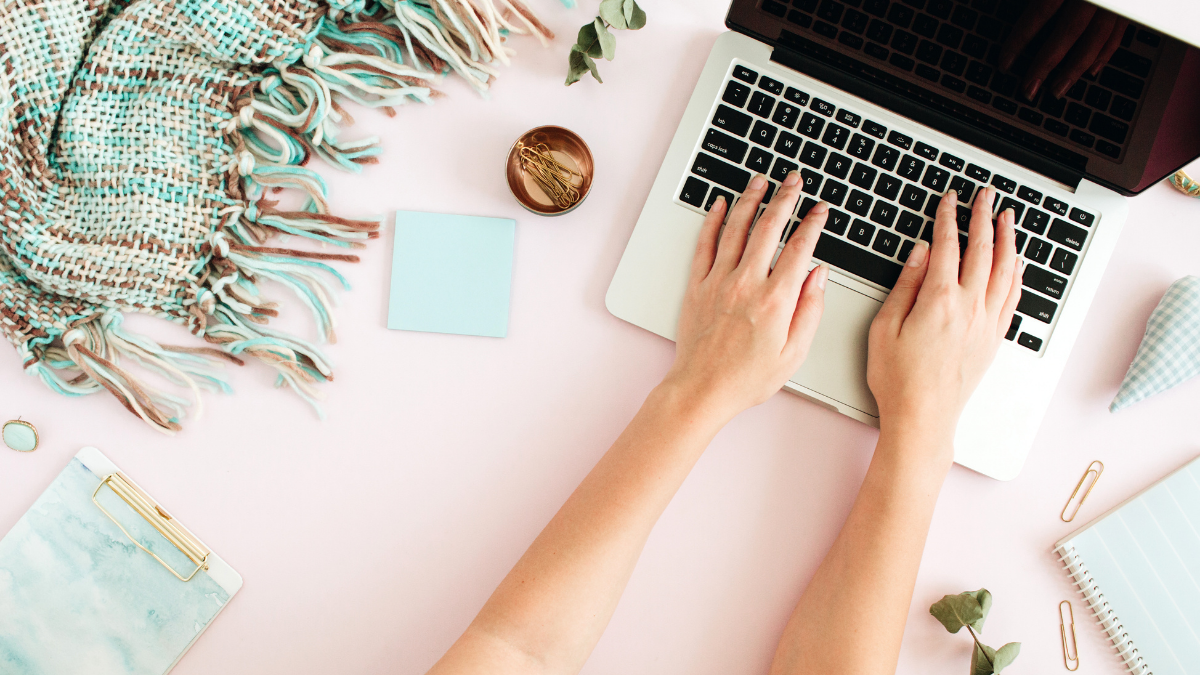 Your brand will need to create a purpose and an impactful message if you want to develop a social change bigger than an advertisement. And along the way, you are going to have to figure out exactly for whom you are creating these messages.

As a first step, figuring out the target audience of your brand will help in tailoring your communications plan. What are the messages you want the world to receive? How do you want your brand to be perceived? The most important thing is for the authenticity of your brand to shine through, which it will if your content is presented properly.

How To Get The Message Out

There are several ways in which you can distribute your content and impact public perception. Social influencers can make a massive impact in helping you develop  content and sharing your brand’s message. With tens of thousands or even millions of followers, social influencers can broadcast your brand’s purpose over multiple social media platforms. Selecting which influencer you would want to promote your idea will depend on who the best fit is to share what your brand represents and believes in - as you want them to have an organic fit.

Not only can you have a social influencer develop branded content for you, but you can also create content yourself that shares your company culture -which you can then leverage through your social media.

Alternatively, and at a much greater expense, you can also leverage working with celebrities, who can serve as spokespeople for your brand, and help spread how your brand is making the world a better place.

A significant brand campaign that affected society this year was Nike’s ad with Colin Kaepernick. Nike's message was, “Believe in something. Even if it means sacrificing everything.” Nike used public figure, Colin Kaepernick, to relay this message because it reflects his beliefs as well. The campaign was a call to action about the importance of standing by your personal principles. With this advertisement, Nike drew attention, created debate and controversy, and ultimately increased sales.  The campaign really drew in millennials, a generation known for having a strong interest in pursuing a cultural moment in time.

This particular advertisement shows other brands that it is okay to change the conversation. Nike is not afraid of taking a stand and consumers respect that. They have paved the way of fearless marketing and we might see more of this in 2019.

Hollywood Branded's team has done a case study on this specific Nike Campaign, check it out!  Case Study: The Strategic Use of Controversial Celebrity Endorsement 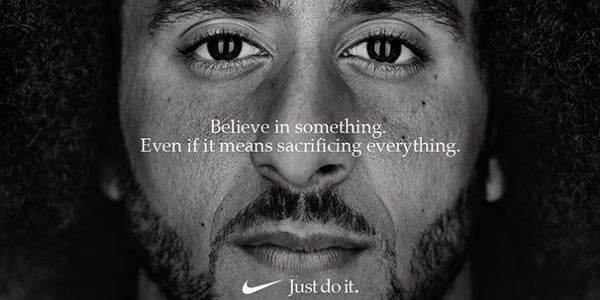 Another company that has influenced social change is Walgreens.  The brand had celebrities participate to promote the awareness in ending child poverty. Their Red Nose Day brand has made an impact since 2015, and raised over $24 million dollars in 2018 alone.

It's one thing to bring awareness to an issue but with this cause, Walgreens really made it count, by actually raising money as well as social awareness of a cause. In addition, the brand wraps their entire marketing campaign around social media - as well as TV and print.  Red Nose Day goes viral each year through hashtags and having big name celebrities post about it. Walgreens' campaign has really taken off due to its positive message and viral exposure through social platforms. 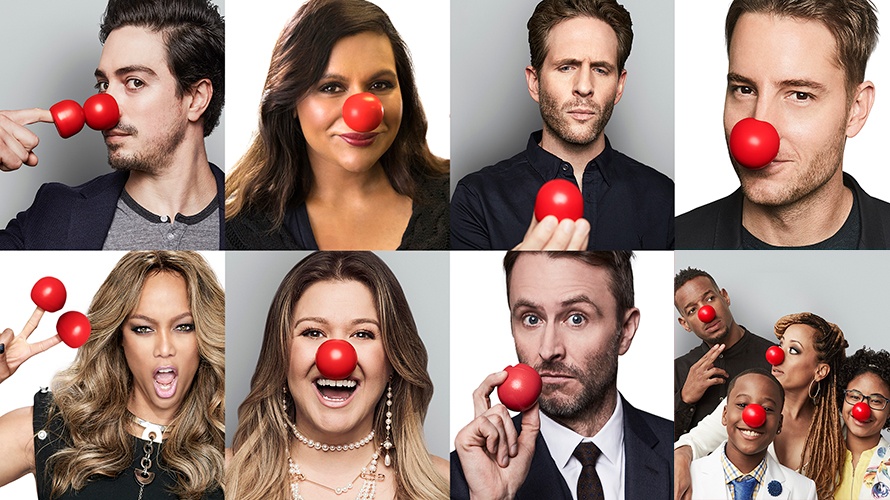 Feminine hygiene product brand, Always, has long been a proponent for women and has worked to improve their confidence for years. While the subject of a woman's period is an incredibly taboo subject, Always works to destigmatize it while also lifting young girls and women up.

In their #LikeAGirl ad campaign, the company (successfully) made an effort to inspire young girls and encourage them to be their true selves, no matter what. Throughout multiple TV commercials and print ads, their campaign strove to turn the phrase "like a girl" into a positive one. The campaign featured men, women, and pre-teen children doing typically masculine acts, like throwing a baseball, running, and fighting, and asked them to do it "like a girl." Every individual did these acts in a way that perpetuates negative stereotypes of women and young girls, and thought nothing of it. When asking young girls what it looked like to run, fight, and throw "like a girl," they did those things in a powerful and confident way, not even thinking about the negative assumptions that come to mind when thinking of the phrase. The campaign posed the question, "when did doing something 'like a girl' become an insult," encouraging viewers to challenge their preconceived notions about femininity.

While, on the surface, it may seem like an ad campaign like this wouldn't change many peoples' ways of thinking, a study done by Always found that after the ads aired, "70% of women and 60% of men claimed that the video 'changed [their] perception of the phrase, like a girl.'" Simple campaigns like this one have the ability to drastically change someone's way of thinking, and it's about time that more brands do exactly that. 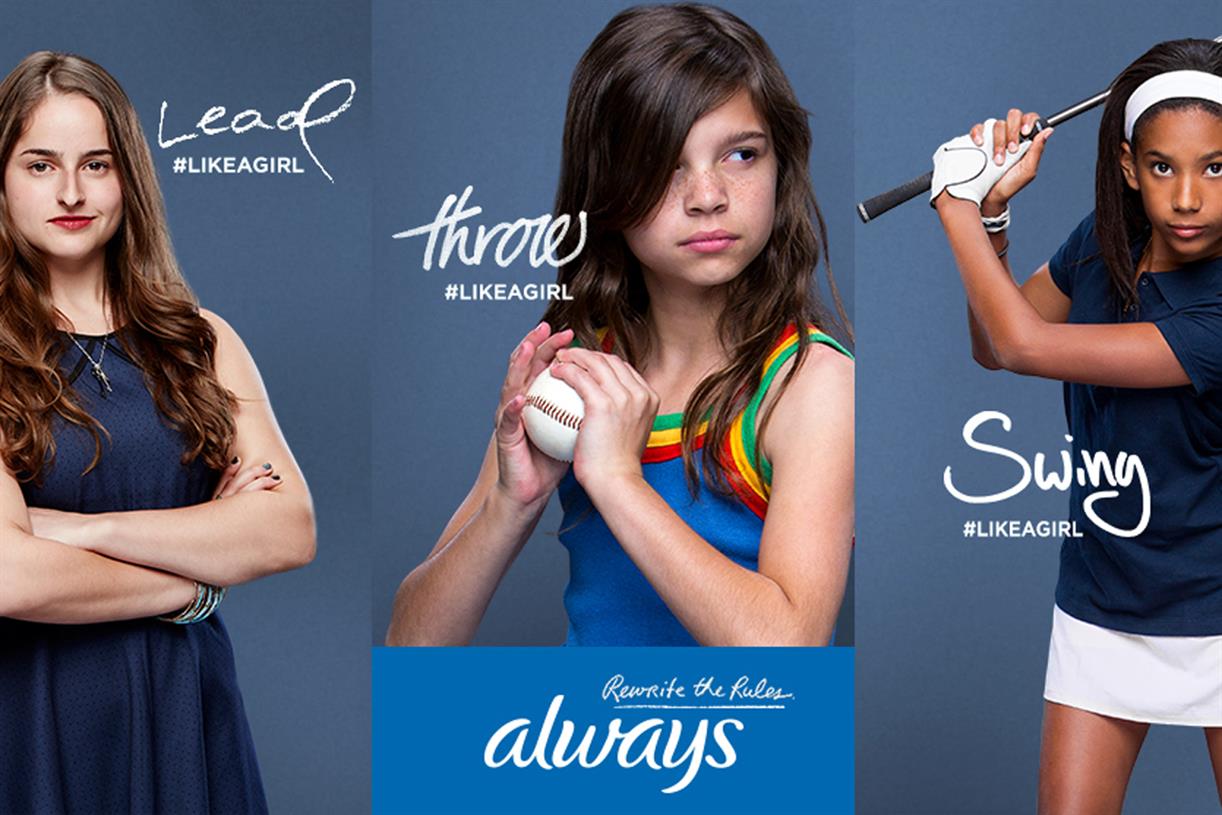 Possibly one of the most unapologetically outspoken brands out there, Ben & Jerry's has backed many different social justice issues, not caring about whether or not it will cause them to lose supporters. From naming ice cream flavors after social justice initiatives or heroes, to raising money for different non-profit organizations, the brand has made it clear who and what they support, and that they are not afraid to put their money where their mouth is.

While their outspoken way of bringing attention to different issues is no doubt polarizing for some, making their progressive stance this clear ensures that the company will mainly have supporters that align closely with their beliefs. They make it known that they are more interested in bringing about positive social change than having a multi-billion dollar company, and this honesty has given fans a reason to constantly come back for more. 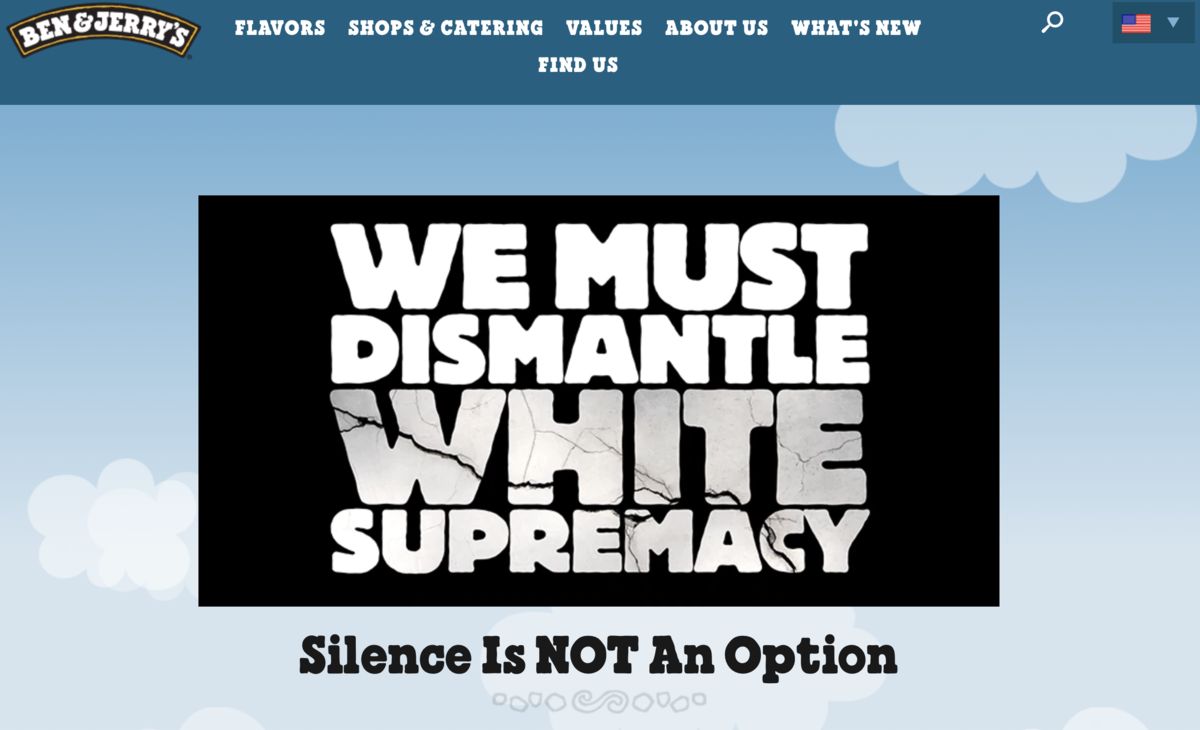 Back in 2018, Yoplait made waves with their "Mom On" campaign, where they tackled on the issue of mom-shaming. From working too much, to working too little, to breast feeding and drinking alchohol, this ad campaign addressed a number of pressures and judgements that everyday moms face in their society. Yoplait's take on it seems to be that there's no right, or wrong, way to "mom."

Back in 2017, Lyft made an evident stance against Trump's temporary travel ban, which disallowed refugees and citizens of multiple nations from entering the U.S. Lyft saw this mandate as something that was entirely oppositional to the beliefs and un-American. So, to help combat this issue, they promised to donate one-million dollars to the ACLU (American Civil Liberties Union), for the next four years.

Their competitor, Uber, took on a rather different stance to Trump's travel ban, which, in turn, made the public more inclined to utilize Lyft.

The Calming Of Yoga:  Lululemon

Lululemon also developed an impactful program called Here To Be, where at-risk and under-served communities can experience the healing benefits of yoga. Lululemon partners with non-profits to strengthen this program and help those with chronic stress.

These seven brands mentioned above are just a few that have started making a bigger difference than just what they sell. 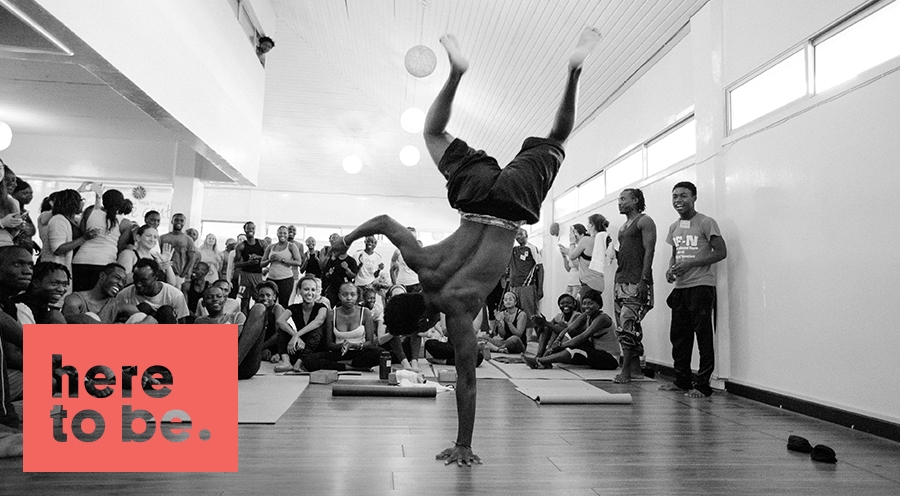 Brands are also able to showcase corporate cause campaigns where they leverage TV shows and feature films to build in that messaging through product placement integration. Having your brand integrated within the storyline of a show or movie gets your message across to the millions who view it in a hugely impactful way.

And if you can’t get your message broadcasted through the dialogue, you can still get your brand placement in the content with strong visibility.

One of Hollywood Branded’s clients is Canned Water 4 Kids, which is a non-profit brand that delivers clean drinking water to those in need - from digging wells, implementing systems and devices to remove bacteria from water, to providing thousands of cases of water during natural disasters.

Our team has obtained dozens of placements and partnerships for CW4K, including in HBO's hit series Insecure, #RealityHigh, Stephen Spielberg's Ready Player One, and so many others.

Product Placement not only provides national or even international exposure, but continues to spread the message through other media outlets and social media networks.

So now it's time.  Think about what you want your audience to resonate with and then work to promote your brand in that light. Social change is constantly happening right now and for brands willing to have a voice in what may be seen as controversial, taking a stand can be a big win if you are truly in touch with your core consumer base. Just remember to convey authenticity, create branded content, and get your message out there!

Make sure you check out some of these other blogs Hollywood Branded's team has written on branded content, social and celebrity influencers, and product placement, check them out!