There are many negative elements that can affect a marketing campaign such as a damaged reputation of an influencer or just simply bad implementation of the campaign. In this blog Hollywood Branded takes a look at 5 examples of global influencer marketing gone wrong and why they received negative results. 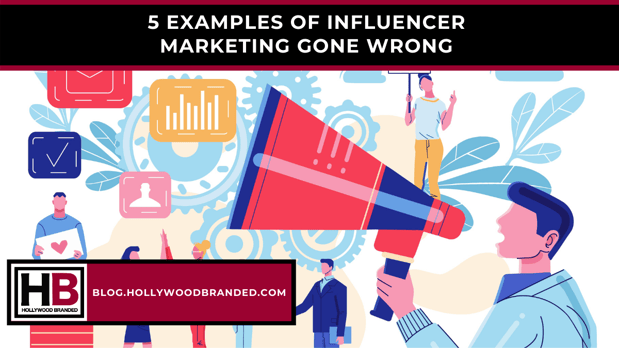 While not nearly as controversial as some of the instances below, Scott Disick's first post with the health and fitness brand, Bootea, was definitely an embarrassing one for him (and the brand). While most sponsored posts are quite obvious to users, many influencers try to keep their sponsored content to a minimum and mainly partner with companies that share the same values as them. While this may be the case with Disick and Bootea, his first post was about as obvious as can be when it comes to sponsored content. In the post, Disick is posing with a container of protein powder, which, is really nothing to write home about. However, the caption is what got him into hot water: he simply copy and pasted the instructions for the post from the PR firm working with him. Followers were quick to point this out and were not shy in letting Disick know how disappointed they were in both his sponsored content and in the caption snafu.

While on the smaller scale when it comes to partnerships, this is a case of influencer marketing gone wrong on a big scale for the influencer, personally. Terrie McEvoy is an Irish fashion and beauty influencer on Instagram and Facebook. Back in 2016, she partnered with family-owned and operated jewelry company, Tower Jewellers for a sponsored contest for her followers. On the surface, this seems like a great way for McEvoy to promote the jewelery company while also upping her engagement and giving her followers an opportunity to win something. However, things quickly went south when the winners were announced.

At first, users didn't think anything when Aisling Adams and Yasmin Fallon were announced as the winners of the giveaway. But followers were quick to connect the dots; Terrie had tagged both users in past personal posts (one sending Aisling well wishes as she moved and another one congratulating Yasmin on her newborn baby), which raised some red flags. Followers later learned that Aisling was one of McEvoy's best friends and that Yasmin was her sister-in-law, and that McEvoy had rigged the giveaway so that her friends can win. Shortly after this news broke, McEvoy's follower count plummeted and she later deleted her Facebook account, while Tower Jewellers distanced themselves from the influencer.

Snickers You're Not You When You're Hungry UK

Sometimes even a well-established campaign can suffer when it is transferred overseas and extra components are added to it. For many years Snickers has leveraged their campaign "You're Not You When You're Hungry" on a global scale. In 2012, when deciding to use social media as a key platform for the campaign in the UK, Snickers enlisted British celebrities including Amir Khan, X Factor contestant Cher Lloyd and cricketer Sir Ian Botham.

However, as some of the examples to come will demonstrate, it’s often hard to avoid a blunder. This is actually one of the more interesting cases of influencer marketing gone wrong in the UK, specifically with the usage of British glamour model Katie Price. The stunt saw Price post many political statements which were out of character compared to her typical entertainment and fashion related tweets. She then ended the set of tweets with a photo with a Snickers bar with the tagline "you’re not you when you’re hungry". 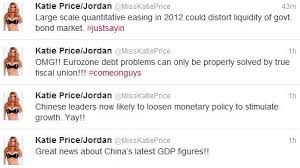 Although the final posts were tagged #spon it was not clearly seen as a marketing ploy until the very last post thus sparking public outcry. While the other celebrities used presented tweets in a similar manner, the reason Price's followers took the campaign so seriously was the level of her influence in the fashion and entertainment industries -- leading many to believe that her account had been hacked based on the unlikely nature of the tweets presented. 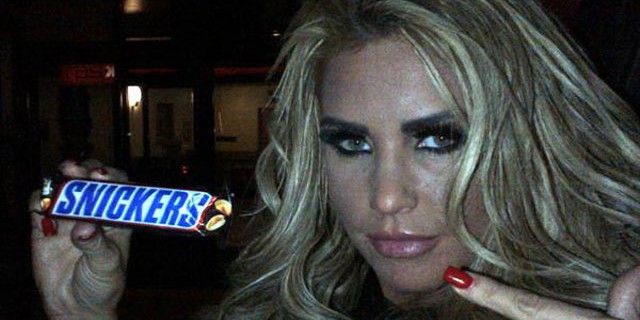 The campaign was then cleared by the UK's Advertising Standards Agency, in the agency's first investigation into influencer marketing. While the company were not fined for the incident the damage was already done with some of Price's followers possibly left with a sour taste for Snickers.

While social media is often the main platform for influencers, social media campaigns can also have negative consequences for the influencer as well. Kendell Jenner's recent partnership with Pepsi fell apart quite quickly due to the nature of social media.

Within just 24 hours the ad protests arose over the ad, which mirrored the real life Black Lives Matter movement and saw Jenner offering a can of Pepsi to a police officer whilst in a multi-cultural crowd of protesters. Many chimed in saying they felt that Pepsi was claiming that it could solve the world's problems all on its own, completely disregarding the current controversy surrounding police treatment of African Americans.

As a result, people's impressions of Pepsi quickly diminished and the campaign proved to have a disastrous effect on the company - and to Kendell.  For at least a blip of a moment in time.   To learn more about it's impact at the time, take a look at our previous blog:  The Kendall Jenner Pepsi Ad Politically Charged Advertisement Backlash.

PewDiePie: When An Influencer Goes Too Far

With influencer marketing becoming so global, stars do not have to be from the region that they are reaching through their marketing.  In fact, with influencers having such a global reach it is more difficult to confine a campaign to a specific region - all campaigns are now really global in nature unless limited to localized fans using social media tools. While many may think that the most popular English speaking influencers originate from English speaking countries, that is not always the case. In fact one of the most popular influencers in the world was PewDiePie from Sweden.

Which leads us to talk about one of the unfortunate factors of influencer marketing. As the internet is so focused on particular moments in time, it is very easy so something extremely small to have a massive negative impact, especially with the amplification from thousands of vocal social media users. PewDiePie knows all too well how quickly an influencer's reputation can turn sour.

The YouTuber, born Felix Arvid Ulf Kjellburg, created his account back in 2010 and soon achieved a large following with his video game commentary. Kjellbyrg saw a large gap in the market for video game commentary and began to create his own sub genre of YouTube content. Just two years later, in 2012 Kjellburg managed to attract 1 million subscribers, becoming a sought after influencer in the very new world of social media marketing.

From the early days he was known for stirring controversy, often making sordid commentary and jokes about rape in his videos -- though as his popularity increased he began to refrain from the practice. By the end of 2013 he raked in 19 million subscribers and was at many times the most subscribed YouTube user. He later landed a series on YouTube's Red service and integrated numerous brand partnerships in his content.

However, he would ultimately lose his reputation as a hot ticket YouTuber. In recent years he began to steer away from pure gaming videos which many consider the beginning of his downfall.  His non-gaming videos began to receive widespread criticism at the start of 2017, particularly when he started to use offensive words in his videos, later inspiring the #PewdiepieIsOverParty on Twitter.

The major incident which led to his ultimate downfall saw him laughingly reacting to a sign held by two people he had staged on the side of a road and filmed to see people's reactions, which said "Death To All Jews."  Many viewers rightfully saw this as a major act of anti-semitism and crossing a line so far that no excuse could support the justification. This resulted in his firing by Disney owned Maker Studios - instantly. How to Use Influencer Marketing For Your Brand

Now that you know some factors of what should be avoided in influencer marketing, why not try it out the right way! Also, be sure to check out these other blogs we wrote on social influencers - they'll help you figure out your best options for success!

Interested in learning the ins and outs of making influencer and celebrity marketing work? Access our full-length videos, transcripts, audio files infographics and more!! Hollywood Branded's Influencer Marketing School advances your influencer marketing game. These courses are for brand and agency marketers to provide insight into how influencer marketing strategies work, and the best practices and strategies to make them do so.