A Look Inside Scream's TikTok Marketing

For those of you who aren't horror film buffs, it might seem a bit shocking to hear that the Scream franchise is back — and scarier than ever. The cult classic film series is a meta horror-slasher franchise starring Neve Campbell, Courteney Cox, and David Arquette as they, along with other recurring characters work to catch — and survive — the succession of murderers who adopt the persona of Ghostface as he brutally kills members of the Woodsboro, CA community.

Ghostface, and his subsequent Scream 5 film, has returned with a vengeance, and Paramount is ready to showcase his wrath. In this blog, Hollywood Branded discusses one of the unorthodox marketing tactics behind the newest film in the Scream franchise. 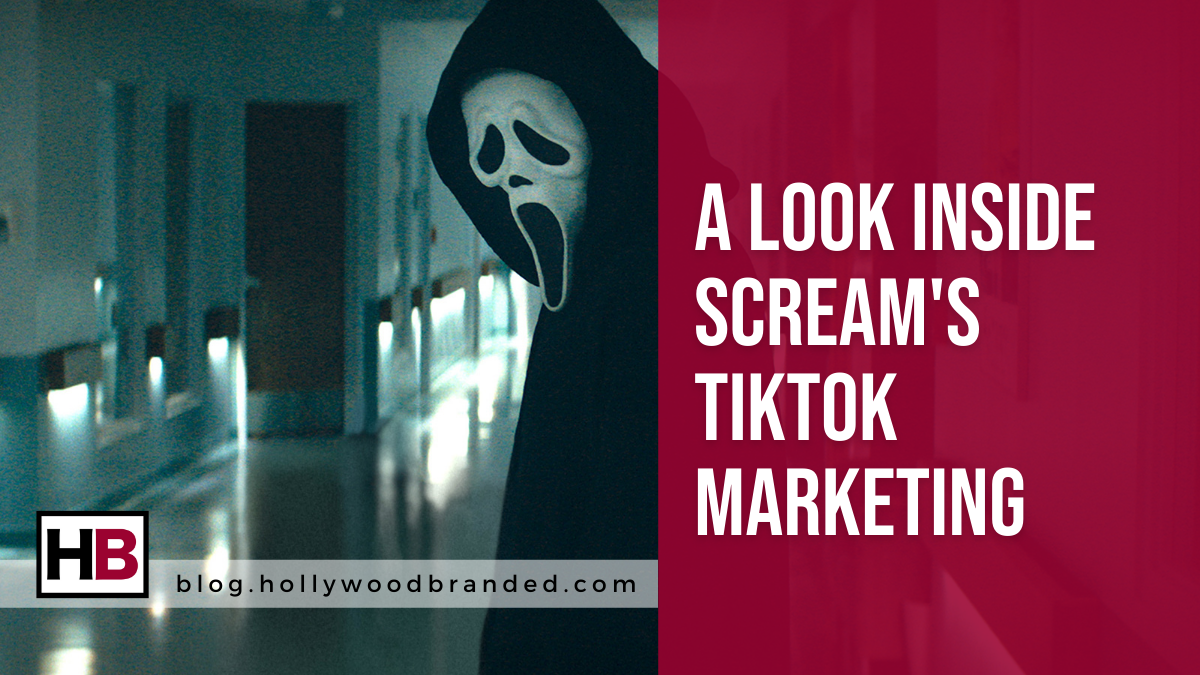 Ah, Scream. The beloved cult classic is back for its fifth installment, and they've hit the ground running in terms of marketing. It's been 11 years since the last Scream film came out, and fans have been patiently awaiting the next iteration.

Although the satirical horror film franchise is beloved by many, the film's production company, Paramount, had to find ways to get fans, new and old, excited for a movie with a relatively new cast. With the exception of Neve Campbell, Courteney Cox, and David Arquette, the cast is filled with entirely new characters. Getting people excited for a long-awaited film with so few of the original cast members might seem like a daunting task, but the Scream team seems to have found a way to do exactly that. 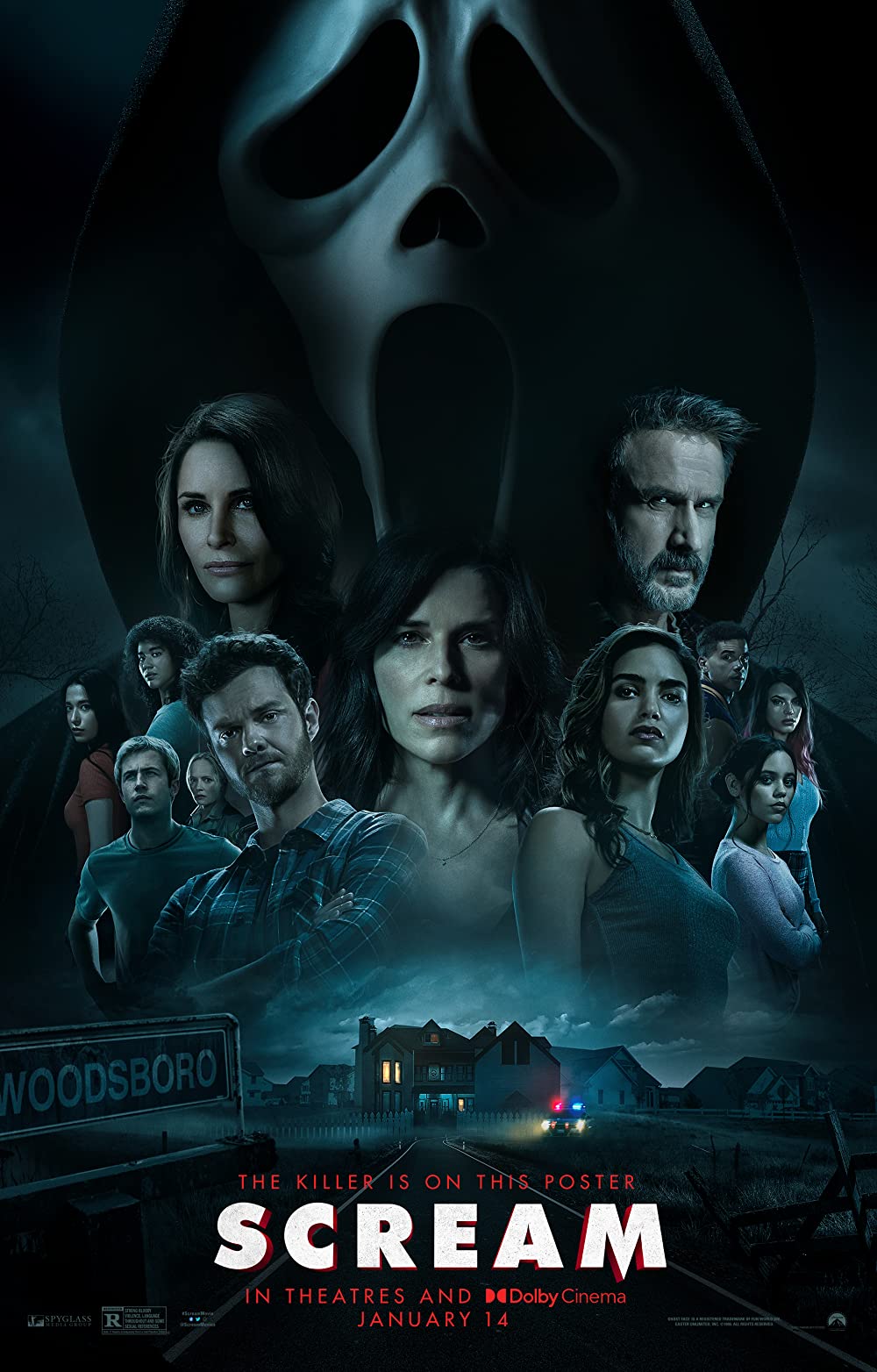 Is TikTok the Future of Marketing?

While social media marketing might not be the newest phenomenon, brands and productions are constantly working to create new, exciting ways to promote their project.

When you're a reboot of a beloved horror movie franchise, it can feel even more daunting to get people excited for your project. You have to cater to die-hard fans who have been around since the beginning, while still introducing the newest iteration of the series to new fans. Getting old fans excited for a reboot of a revered classic is easy, but bringing new fans into a world with years of inside jokes is slightly more difficult.

One way that the Scream marketing team has found to cater to younger horror movie fans is through social media, namely through TikTok. With sponsored hashtags, the marketing team was able to cater to fans looking specifically for content related to the new film, while also introducing the franchise to new, younger fans. Fans also created a "Scream cult," banding together to change their profile pictures to a photo of Ghostface, as a way to easily find fans of the film in comment sections on videos. The film's marketing team was also able to work with TikTok by creating a custom voice feature; fans can utilize TikTok's text-to-speech feature with Ghostface's voice to add an unsettling voice to any video. Lastly, the marketing team got one of the film's original stars, Courteney Cox, to join TikTok with an old trend — in which Courteney is seen cleaning a mirror (á la the Wipe It Down challenge) and swipes away to see a life-sized photo of Gale Weathers, Courteney's character from the franchise. While the Scream marketing team started their social media campaign with more standard marketing tactics, they also explored the world of ARGs, or Alternate Reality Games. ARGs are interactive networked narratives that use the real world as a platform while employing multiple formats in order to deliver a story that might be altered by users' ideas or actions. They're essentially virtual, even more interactive choose-your-own-adventure stories! While most ARGs are created just to interact with fans in an interesting and exciting way, the Scream team is utilizing the narrative as a way to promote the upcoming film — all while interacting with fans new and old.

@TooBrAshSarah is a teenager living in Woodsboro, CA, the fictional town in which the Scream films take place. Sarah brings fans directly into Woodsboro through her account, showcasing iconic settings found in the Scream films, all while creating a story surrounding herself and her friends.

Sarah's TikTok account is similar to that of any high school girl — her account starts off with innocent introduction videos, lists of her favorite horror films (some of which include fictional films named in the original Scream movies), and "best friend challenges" with her friend, Ash. However, as you scroll through her account, things start to get a little creepy. Sarah and Ash begin "interacting" with new characters from the film, trying to find Ghostface, all while surviving his wrath. As the movie nears closer to its release, the videos get even scarier! Sarah and Ash's classmates start to disappear, and even Ash gets kidnapped (and seemingly killed) by Ghostface. As Sarah embarks on the journey to find her friends, it's clear that things aren't going to go well for her. She does live in Woodsboro, and nothing good ever seems to happen there (especially at night). On the day of the premiere, it seems as though Sarah has unsuccessfully fought against Ghostface — the last video fans saw was of her stumbling upon the iconic Scream house, and running away as the screen cuts to black. This unorthodox way of promoting the upcoming film not only got fans involved in trying to solve the mystery of Ghostface, but also got fans excited for the new film, while reliving iconic moments from the original films.

Immerse Yourself In "Woodsboro"

As if it wasn't enough to bring yourself into the world of Woodsboro through social media, fans had the opportunity to truly immerse themselves into the fictional town — all in real life. Scream teamed up with AirBnB to rent out the original house where Ghostface meets his demise in the first film. For a whopping $5, Scream super-fans had the opportunity to enter to win a reservation at the iconic house through the month of October, with the contest ending on Halloween night.

While at the house, fans will be virtually greeted by Sheriff Dewey Riley, played by David Arquette. Fans can also watch all four Scream movies on VHS - as an homage to the time period in the original films. Fans can also call Ghostface to "ask any questions or make requests;" who wouldn't want their own personal concierge to be the Woodsboro killer, himself?! While fans can call Ghostface on their own, that doesn't mean that Ghostface won't be ringing fans throughout the night - just to keep them on their toes. This terrifying and immersive experience directly brings fans into Woodsboro to get them even more excited for the beloved film franchise and its reboot.

Love all things film? Want to learn all you can about genius ways to market films? Look no further than our team blogs! We have thousands of movie-related blogs and are constantly updating our site to include new and exciting projects!