When you’re dealing with a military action movie starring The Rock, there is no cutting corners when it comes to getting the best and most accurate military-grade equipment. And lucky for the filmmakers, we know just where to get it! Hollywood Branded’s client, FLIR is the leading provider of thermal military camera equipment and now also a co-star in one of Warner Brothers’ biggest hits of 2018, Rampage.

And it makes sense for FLIR to partner with a massive blockbuster film starring one of the top action film heroes of today because their core business buyers are just people too - who in their downtime, are at home or in the theater tuning in to TV and film with their families. So for FLIR, having that reinforced, pure branding moment might just impact a future purchase.  In this blog post, Hollywood Branded shares this B2B product placement marketing case study and behind the scenes look into how FLIR changed the game for the filmmakers of this movie, providing invaluable equipment in exchange for brand exposure. 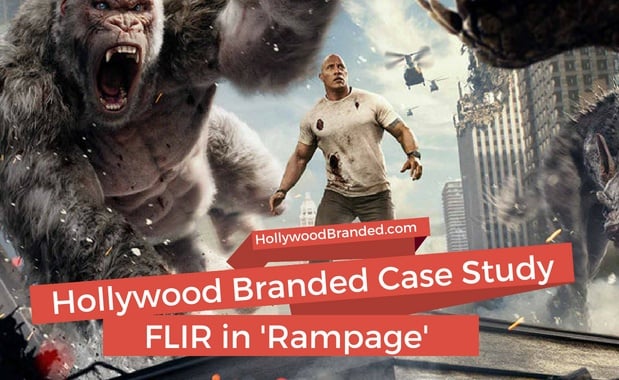 Mega Equipment For A Mega Film

Rampage the film is based off of the very successful video game about three animals, a wolf, an alligator, and a gorilla, that ingest an illegally-made substance that makes them grow and become extremely aggressive at an impossible rate. There is no shortage of action here with animals growing to the size of buildings, scaling skyscrapers and crushing cars with just one step. And also, no shortage of heart, as the infected gorilla is the lifelong companion of Dwayne Johnson’s character, Davis, who works at the San Diego zoo and is dedicated to saving not just his pet, but his friend.

Forced to take military action, the US government stops at nothing to keep these animals from destroying everything in their path. Realizing that the three different animals are somehow following a high-pitched call to Chicago, the soldiers come up with a plan to stop one of them in an empty quarry en route to the Windy City. This animal battle royal occurs at night with camera angles from every direction capturing the destruction. And of course, given FLIR’s best of the best thermal technology, there is no match for their quality when it comes to capturing night-vision action scenes. So, upon reading this in the script… light bulb moment by our agency!

How We Got FLIR Into The Right Hands

Because of our decades-long relationship with studios like Warner Brothers, we were sent the script a couple months before the team went into production. Upon reading it, we knew immediately that this was the perfect fit for FLIR and that FLIR’s high end (and expensive!) technology would really benefit production. So... we immediately told the filmmakers of our idea. The trickiest part of peaking this film’s interest was connecting FLIR with the right member on the production team. There are a lot of decision makers on a set, and any branded moment will need to be approved by someone - but the question always come down to exactly who.  And that's when it can take some digging.

In this case, it wasn’t props, it wasn’t set decoration, it wasn’t a producer, etc. For Rampage and FLIR, it was the film’s Director, Brad Peyton (San Andreas), and the Director of Photography. Once we were able to connect with them, the real fun began.

Our first goal was to ensure that FLIR would be presented in a positive light and not used with any negative characters. As FLIR is the highest quality military grade thermal technology, there’s a fine line we have to dance ensuring that the brand is depicted in the right light (and not by the bad guys). Once we got that confirmation from the production team, we could start talkin’ toys!

Most of the production team at that level hadn’t really worked with FLIR before so we went through a quick but intense education process of what the technology was and how it could best enhance the scene. Looping in the FLIR team directly for a couple of brainstorming and super tech-y conversations, it was clear that there were two cameras that would best work for this scene. One of them is FLIR’s science camera and costs hundreds of thousands of dollars (this is the camera also used in Sicario), and the other happens to be permanently attached to the belly of FLIR’s private jet, the Pilatus - which would have to be flown to the production shoot and piloted by FLIR's team. An unbelievable production value as it just wasn't even available to purchase or rent without going through FLIR's corporate channels.

In addition to these two items, FLIR also provided around 15 additional prop cameras for the cast to use in these battle scenes. Between the incredible resolution of the science camera capturing battle scene images on the ground, one of a kind aerial thermal shots from the FLIR-flown Pilatus plane, and over tens of thousands of dollars worth of prop cameras, this partnership saved production over $3 million dollars. We ensured that FLIR technicians were on hand to fly the plane and man the science cameras at all time, sparing production even more of an expense. 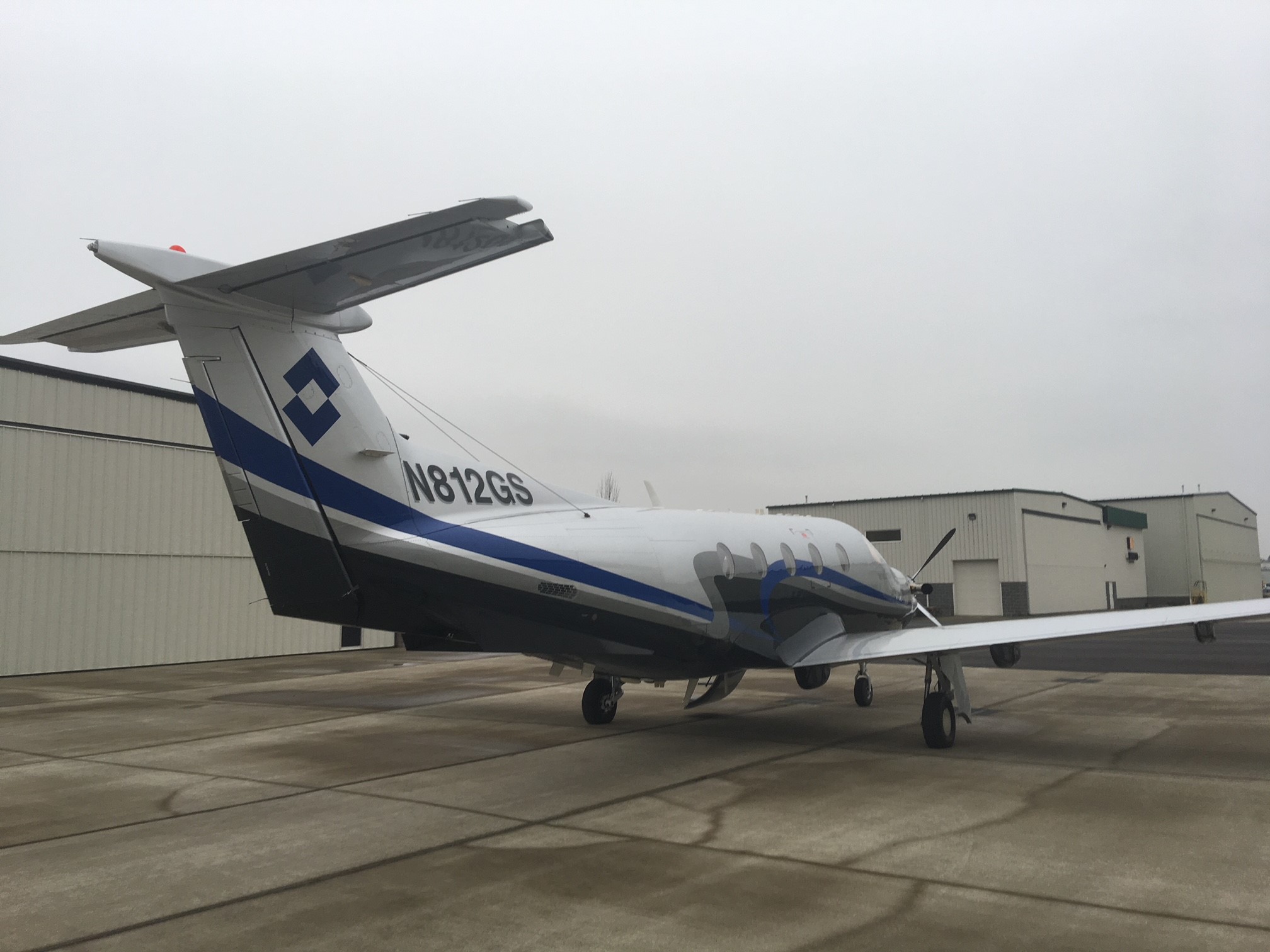 Negotiating FLIR's Exposure In The Film

Because of the solutions and frankly, innovations, FLIR was able to provide production, Hollywood Branded had the ability to leverage the benefits this powerful partnership brought to work with the studio in order to guarantee proper FLIR logo exposure in the film.

For an action film with this caliber of production crew and cast, it is extremely rare to be able to pre-guarantee and confirm exposure without the brand paying a significant fee. However, considering the cost savings and pure value of cool looking camera shots, we were able to negotiate both verbal and logo exposure of the brand within the film in one of the most intense scenes of the movie.

This scene occurs in the War Room where the military is trying all they can to stop this animal migration to Chicago. Throughout the scene you can see FLIR’s logo in the various screens, but the key comes when Colonel Blake (played by Demetrius Grosse) requests of his soldiers to, “Get the FLIR on the screen!”

Here's an image from the film where you can see FLIR's logo on one of the thermal images.

In addition to FLIR exposure in the film, we really wanted to get production’s feedback on their experience working with FLIR technology. So we also asked that the crew participate in behind the scenes interviews, and provide their take on why FLIR was so important to this film. Warner Brothers really helped make this happen by putting together a great video reel that FLIR was able to share internally and with select customers. 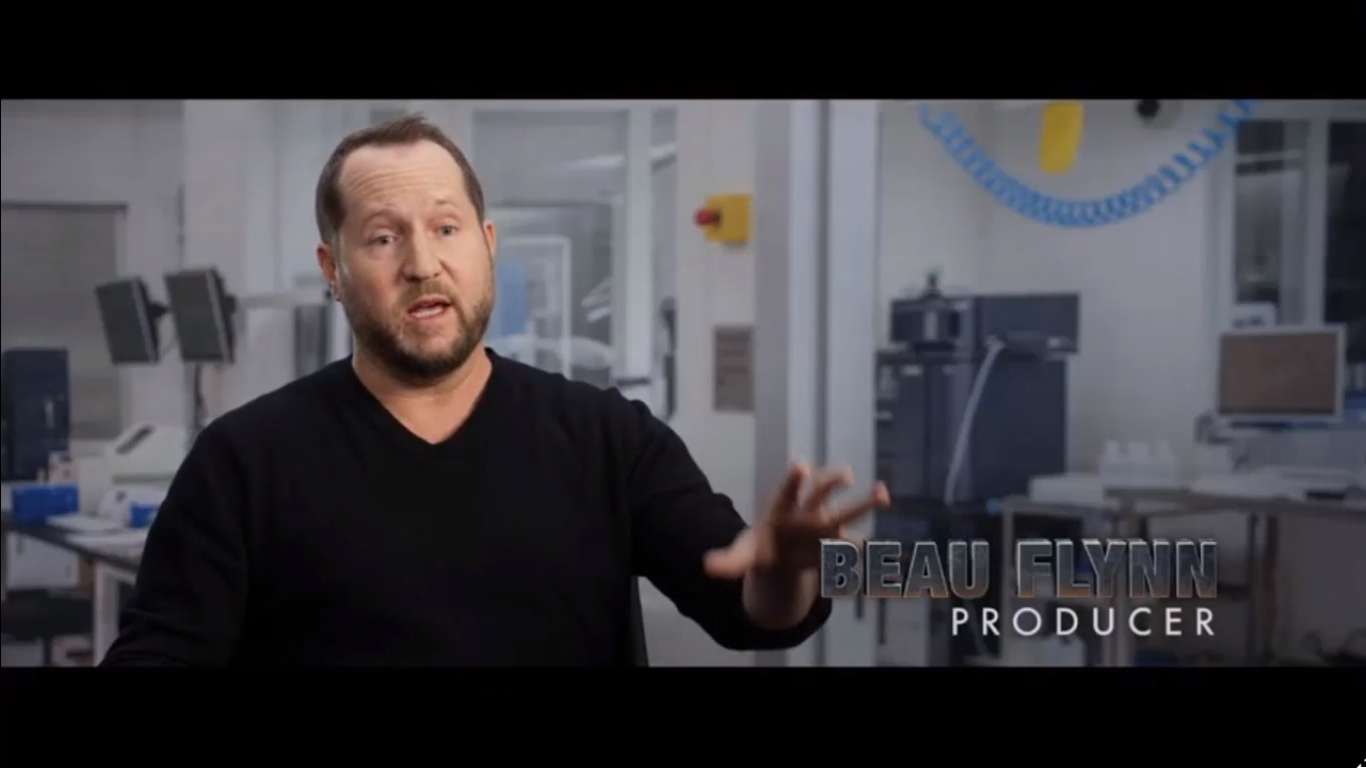 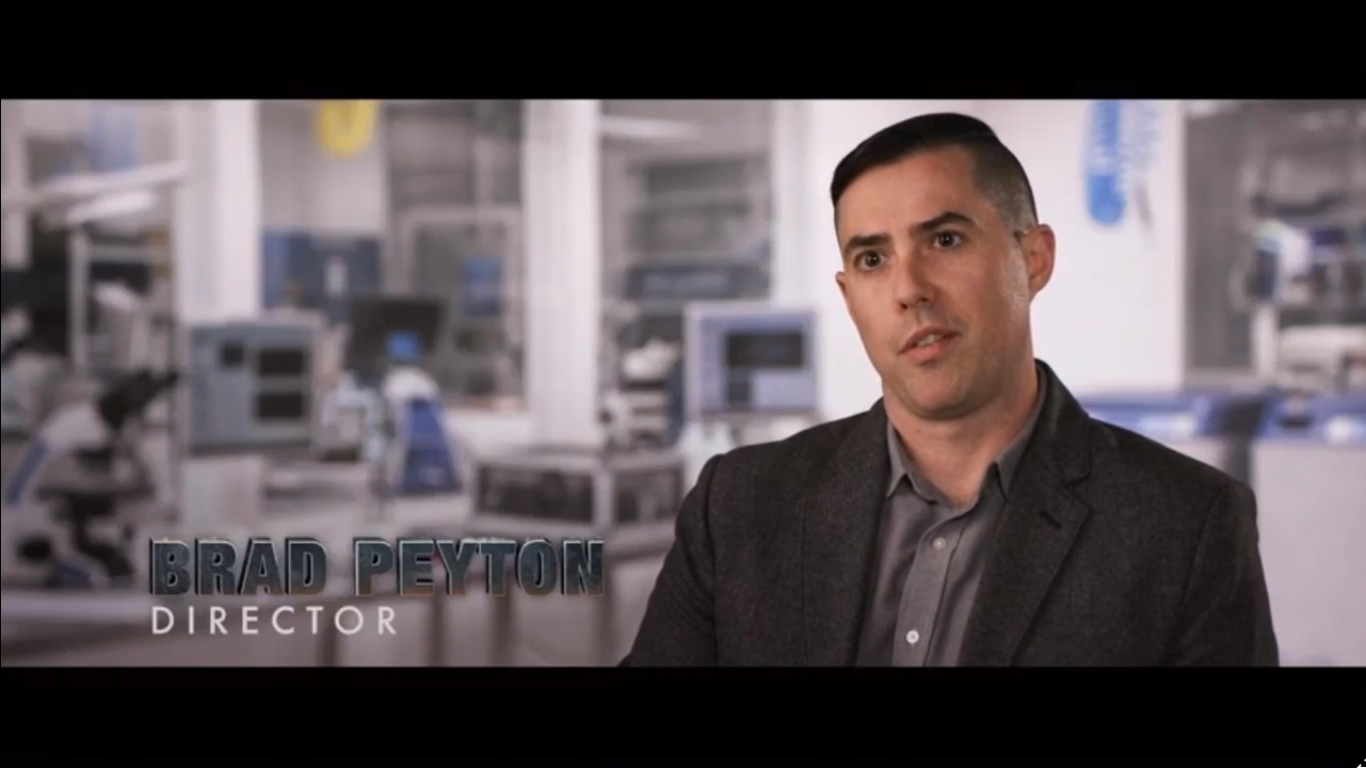 Iconic action Director Brad Peyton, “The quarry sequence, we were going to cover it completely from the military’s point of view… So we partnered with FLIR who they’re the manufacturer of the actual cameras that the military use.”

The film’s critical and box office success was truly the icing on the cake. It was the perfect cap to the hard work put in by FLIR, Hollywood Branded, and the production team. It was a partnership that really needed all parties on board for it to work, and thankfully it paid off! Having made over $400MM to date and reaching over 50 million audience members, it’s safe to say this one was worth the Pilatus flight!