What You Wanted To Instagram At SXSW This Year

South by Southwest is said to be the event for everyone – there’s tech, there’s music, there’s film, etc. The streets are packed with people, and wherever there's room to stand, you can find branding too. As this industry convention has become a festival that people plan yearly trips to attend, it has truly become a golden opportunity for brand marketing.

Over the years, SXSW has become a mecca for engagement and experiential marketing activations, and this year was certainly no different. In this blog, Hollywood Branded takes a look at the best SXSW activations of 2019, and just what made them so memorable. 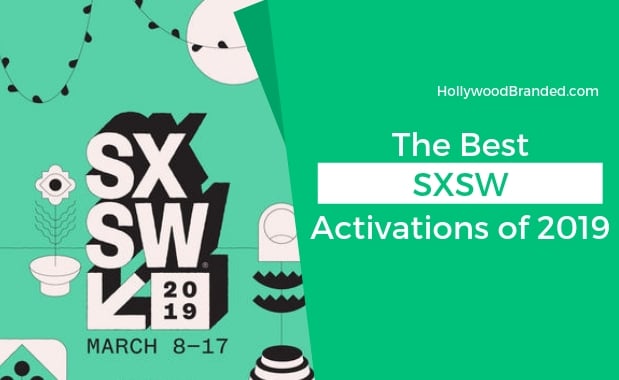 Filling the shoes of last year’s memorable Westworld activation, HBO is pulling out all the stops to promote Game of Thrones’ final season during this year’s SXSW. In keeping with the bloody theme of the series, GOT partnered with the American Red Cross in what they promised would be the largest, “blood donation promotional effort by an entertainment company in American Red Cross history.” Called, “Bleed for the Throne,” attendees were led through an immersive castle-like building, equipped with character look a-likes, guiding them through the line to donate blood.

These character look a-likes were no joke. HBO hired over 80 actors, outfitted in costumes sent directly from the set, who stuck to a 100-page script they memorized so as to never break character. Those who donated blood received a limited edition GOT-branded T-shirt, splattered with blood because… of course, and a chance to attend the show’s premiere in New York City.

And it worked. Touted as the most immersive of the activations this year, the promotion drew over 3,000 visitors over the course of three days, with a 40% uplift in new blood donors. Branding AND saving lives, you go, HBO! 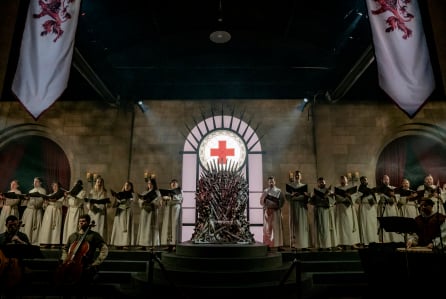 A glimpse into HBO's 'Bleed for the Throne' activation.

Unlike SXSW veterans like HBO, NBCUniversal Comcast made its first interactive debut this year. With a very unsuspecting exterior display of giant cubes thrown together, once inside, attendees were introduced to different sections, all representing some aspect of the company’s productions, both film and TV.

There was a Project Runway activation, intended to promote the show’s Season 17 premiere. It was here that SXSW-ers became super models, offered chic accessories like a fur coat or shimmery scarf before walking the very realistic runway, straight out of a Beyoncé concert with fans blowing at you in every direction. These moments were captured by the event team and immediately sent to your mobile where you were encouraged to post your runway moment, like E! host, Busy Philips did.

They were then escorted to another section where visitors learned how to train their dragon via a VR experience (a la Universal’s hit franchise How To Train Your Dragon). This took a little less than five minutes before transitioning to the next room filled with puppies up for adoption. The puppies were provided by the Best Friends Animal Society, and while the puppies don’t have a direct correlation to an NBCUniversal property, they sure tug at your heart strings and make you want to post a picture.

This one was for anyone who anyone who wishes they were alive during the Al Capone, John Dillinger mobster days of speakeasies and Robinhood-like organized crime. Netflix organized the immersive activation to promote their upcoming film The Highwayman about the Texas Rangers who ended the crime spree of iconic crime duo Bonnie & Clyde. The company’s experience began almost immediately for attendees who were picked up from participating hotels in a 1930’s car. Once dropped off at Banger’s, a bar on Rainy Street transformed for this event, guests got a 360-degree experience that included interaction with characters, games, photos, and even a surprise live performance one night from Father John Misty. 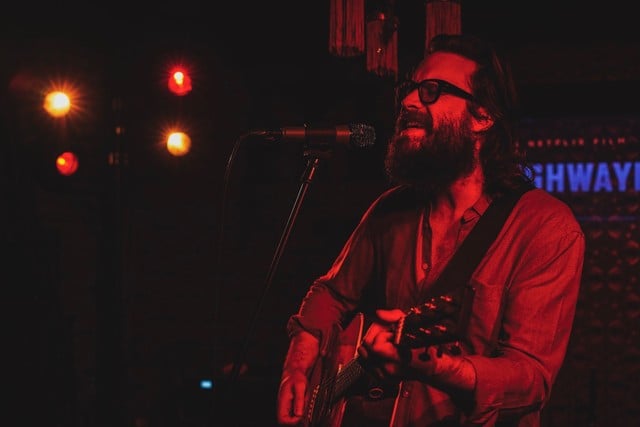 To promote its upcoming biblical meets apocalyptic drama, based off of the fan favorite book of the same title, Amazon took over an entire city block. It was on the block that passersby were greeted with a choir of nuns playing angels, angry witch hunters, riders of the apocalypse, and like any other good IG-worthy spot, puppies. The 19,000-square-foot area included a sushi bar, free manicures, and custom Snapchat filters to help promote more social conversation. The take-home? Attendees were gifted with branded umbrellas that could be seen throughout the festival rain or shine. 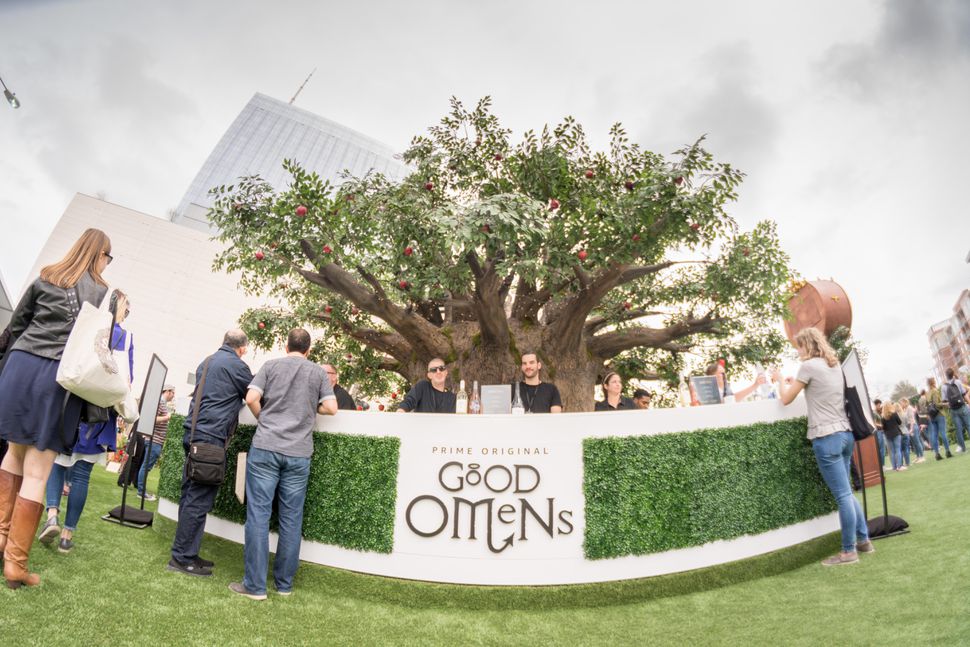 A shot of Amazon's takeover to celebrate the May launch of their series Good Omens.

So What’s The Point?

While no network will admit how much they spent on their activations, it’s clear that they pay off because they continue to pour millions of dollars into them every year. Speaking to CNBC, Meghan Kirsch, Viceland SVP of Marketing & Creative said, “I think it absolutely pays off. We have people still talking about our event from last year and whether that’s directly a straight line with either ratings tomorrow or revenue, we know it pays off because people talk about it.”

Influencers are growing more and more wary of inauthentic advertisements and more intrigued by Instagram-able moments. They want experiences they walk away from thinking… wow, and each year it’s harder and harder to top the last. But! They always seem to so here’s to what’s to come at SXSW 2020!

Want to learn more about brand event activations? Check out these other blogs on some of our favorite branded events!

Want to explore other alternatives to traditional advertising? Check out our advertising solutions below!