Modern Advertisers Think Outside Of The Box When Selecting Celbrity Endorsements...

Marketing and advertisement has become very innovative, changing and adapting over the years. Celebrity endorsement has always been a big part of this, but brands must keep this interesting to retain their customers. This often includes crossovers-athletes endorsing cell phones, or musicians endorsing sportswear... in this day and age, celebrity endorsement ads come in all shapes and sizes. No one sticks to one method.

This week, we look at a few celebrity endorsement endorsement ads that use pairings of celebs and brands that you wouldn't necessarily expect with Rihanna, Serena, Mary J and A$AP. 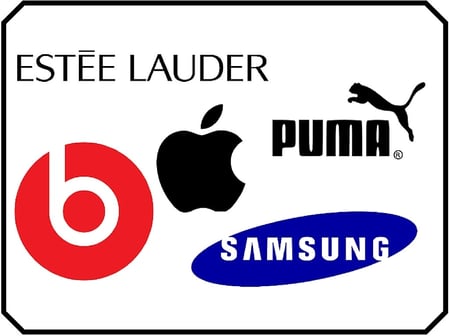 Pop star Rihanna becomes the face of a sportswear company, Puma, in this spot. The camera slowly circles pop star Rihanna as her hit song “B***h Better Have My Money” plays in the background. In a husky voice, she explains why she trains as the camera focuses on her Puma athletic gear and projections of mountains and oceans against her skin. She explains that she is always forcing herself to become better, go further, and be stronger.

Serena Williams For Beats By Dre

This commercial plays on Serena Williams’s recent shocking defeat. The TV is on as she wakes up and gets ready for the day, reiterating her failure and loss. These sounds get louder until Serena goes outside for her run and puts her Beats Audio Powerbeats2 Wireless headphones on to drown out the world around her. As “Rise Up” by Andra Day plays in the background, she remembers her successes and the times she had won as the commercial reminds us to rise up after failure.

Rapper A$AP Rocky sits in his recording studio contemplating which new Samsung phone he should choose. He notes the S6 Edge+ has discreet side notifications which would be good for the ladies; however the Samsung Note5 could help him schedule his next tour and conduct business. He loves the pen and his only concern seems to be if he can get one in gold.

Mary J. Blige, Kerry Washington from Scandal, and Taraji P. Henson make up this star-studded Apple spot that aired during the Emmy awards. The three friends arrive at MJB’s house to the music of Slick Rick…. Once inside MJB shows them Apple Music, which has created a playlist just for her based on her listening habits. They note that it’s like having “a boyfriend that makes you mixtapes right in your laptop.”

But Is It Effective?