Since the commercial’s premiere, Lincoln’s very first commercial in their 2014 ad campaign featuring Matthew McConaughey has been the target of several high profile television and online video spoofs. The original commercials went viral soon after airing and many viewers have questioned the seemingly cryptic poetry delivered by McConaughey – giving way to a plethora of media spoofs, and helped increase sales for the Lincoln Motor Company.

It makes sense that McConaughey, 44, who starred in 2011s “The Lincoln Lawyer,” has partnered up with, and become the pitchman, for the car company Lincoln Motors over the last several years.  And their continued usage of McConaughey has changed the overall image of the brand. In this blog, Hollywood Branded takes a look at how Matthew McConaughey increased sales for Lincoln through this celebrity endorsment, and  how it has impacted the brand. 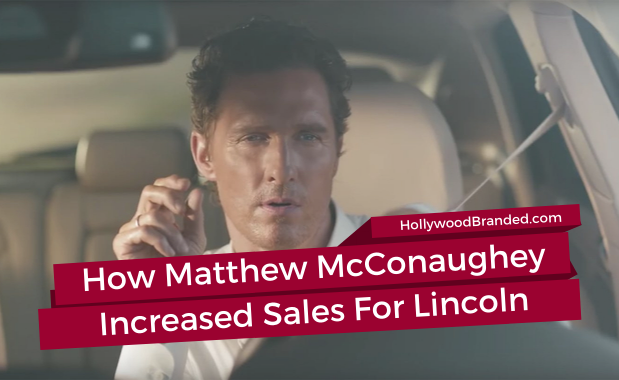 According to Crimson Hexagon, a digital marketing company from Boston, nearly 18,000 tweets mentioned McConaughey and Lincoln immediately after the actor first appeared in the car commercials. The original Lincoln television commercials featuring McConaughey have generated over 11 million YouTube hits and counting. 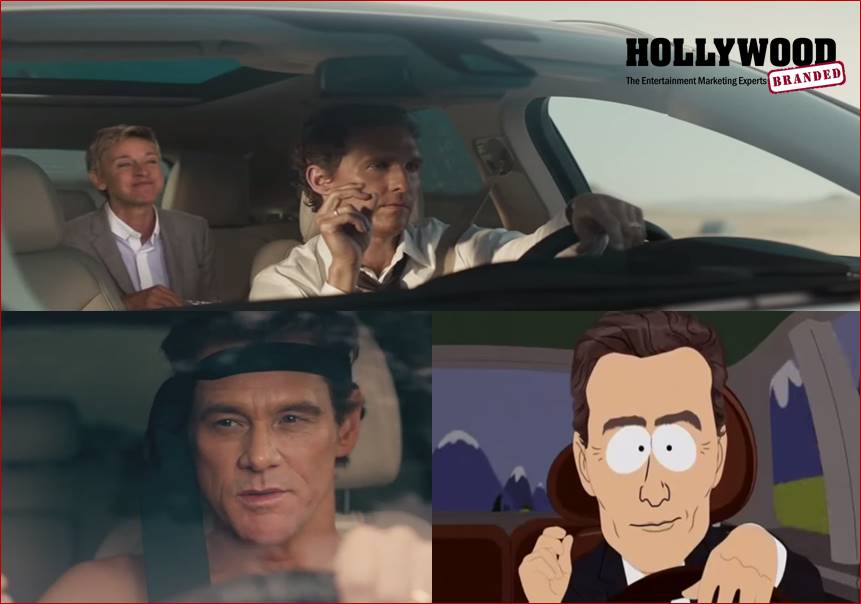 The television commercials have attracted the attention of several high profile celebrities and shows. Ellen Degeneres was the first to air her parody version of the commercial during an episode of her talk show in September 2017 after the initial release of the partnership. Degeneres chose to hone in on McConaughey's cryptic poetry and spin the commercial to portray the idea that she and McConaughey may have been under the influence of undisclosed substances.


Comedy Central’s South Park also created a spoof version of the commercial, shortly after in October.

And not even two weeks later Jim Carrey stared in his own spoof of the commercial that was had various altered segments aired throughout an episode of SNL.

The following spoof by Jim Carrey proved to be almost as popular as the Lincoln - McConaughey original. The continuous light-hearted humor has boosted the online viral nature of the commercials and the media exposure. This type of exposure has generated even more attention for Lincoln than they could have ever hoped for.

Check out our blog on how Companies Get Massive Brand Recognition With SNL Product Placement Parody Fun.

A Look At The Commercials

Take a look at this compilation of commercials McConaughey has done for Lincoln:

What This Partnership Means For Lincoln And McConaughey

McConaughey remained quiet about his feature in the commercials, and has certainly kept busy with several films since then. The level of exposure from the viral commercials, however, did not hurting the Oscar winning actor. But could such a level of parodied exposure be damaging for Lincoln? Seemingly not, as Lincoln reports that their sales were up by 13 percent year-to-date at the time of it's release. Arguably, this is a huge turn around for Lincoln considering the commercials had only been in circulation for approximately two months before they saw sales jumps.

McConaughey’s partnership with Lincoln was directly attributed to the success and bump in sales. Lincoln reported that the newly released vehicles were warmly received by auto-critics. Since the MKC first hit dealerships in May 2014, U.S. sales have steadily increased. Lincoln also reports that dealers have had to offer little in the way of incentives for customers to purchase the cars.

Automakers and brand marketers alike should use this as a triumphant case study of how celebrity endorsement and branded content can align to create a sales impact unattainable by traditional advertising.

Parodies and spoofs aren't the only contributors to huge increases in sales. Read how the Toy Story franchise has increased toy companies' sales which you can read about in our blog Toy Story Effect - How Films Product Placements Increased Sales of Toys.

Check out more samples of successful celebrity endorsement deals in this compilation our team has put together below. Just click the image!

Want to learn more about the impact that celebrity endorsements have had on brands? Check out other blog posts and case studies we've written on how brands made a huge impact in partnering with the best celebrity for different promotions...