There's a lot involved in crafting a celebrity endorsement partnership and there are a lot of mistakes you can make. Identifying the right celebrity and the best way to approach them is a feat in and of itself.

Recently, our CEO Stacy Jones, had a chance to sit down and chat with Lori Sale of Brand & Artist Management, who has extensive experience in branded deals and celebrity endorsements and discussed her experience in creating branded talent deals from the side of the celebrity. In this blog post, Hollywood Branded examines branded celebrity partnerships and the best methods to approach celebrities from the expertise and experience of Brand & Artist Management's Lori Sale. 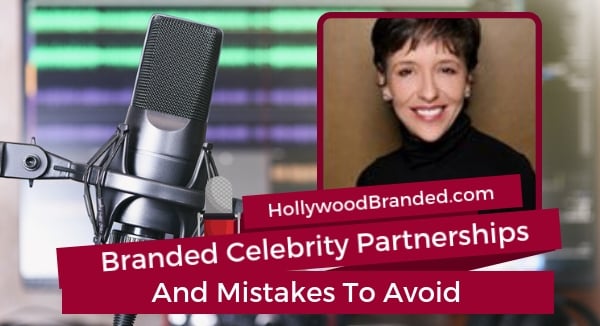 A Little Background On Lori

Lori Sale has over 30 years of experience in working in celebrity endorsement and brand partnerships. She is a partner at Artist and Brand Management where she focuses on maximizing the earning potential of the clients across a variety of platforms, representing talent including Adrien Brody, Adrian Grenier, Jessie J, Tracee Ellis Ross, Nicole Richie, Tyra Banks, Peter Facinelli, Lucy Liu, Marcia Gay Harden, Anthony Anderson and so many others.

Lori formally was Head of Artist Marketing at talent agency Paradigm, Head of Global Marketing, Head of Global Branded Entertainment at ICM Talent, and EVP Worldwide Promotion at The Weinstein Company, serving as a liaison between corporate America and the studio.

Question: Can you tell us a little bit about your background, how you managed to get into the entertainment industry, and how you transitioned over and became involved with celebrity endorsements?

Answer: I actually started in PR and I couldn't take the stress of worrying about whether the press was going to show up to something that we pitched them. So I expanded and got more into events and sort of general marketing. That led into what was called added value, and that led into integrated marketing, and then it became fancy and it became branded content. But basically I've been doing the same thing my entire career which is trying to maximize whatever it is the brand or whoever the client is trying to do. Trying to be as clever and as authentic as possible and still do things within a budget.

Question: So over the years, what are some of your biggest successes for celebrity and influencer partnership deals and initiatives that you've been doing?

Answer: I don't know if they're successes or not successes- they're just things that I have loved. So the things that stand out in my mind, I worked on and launched Project Runway and that was a really wonderful experience because it was a sort of a not-been-done-before situation. It was at the very beginning of reality television...

So it was really interesting and we broke lots of rules. There weren't rules. We made it up as we went along and it was just a lot of fun. That show happened to get noticed by the head of a talent agency who actually called me and said, "Are you the one that put the brands in Project Runway?" And I said, "Yes." He said, "I'd like to hire you to run my endorsement department." I was like, "I don't know how to do that." He said "But clearly you know brands and that's what you really need to know." So that was really how I got into the talent side of the business. 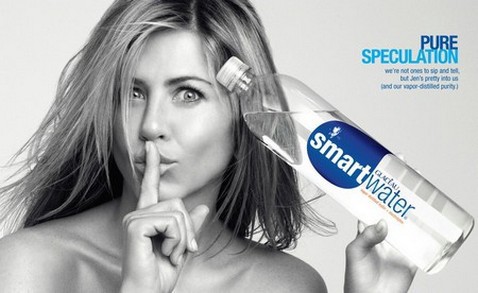 Question: If you are looking at a specific talent who already has a cosmetic brand partnership in the U.S., and they have the potential of a similar brand campaign in China, what time frame needs to exist between the two deals so that you keep the authenticity, but not negating the ability for the talent to work with a competitive brand in a different, or even same region?

Answer: It's funny because the brands justify it saying, "Oh it's not exclusive." The brands use exclusivity to justify a deal that doesn't have enough budget. But at the same time, when that same brand is picking a celebrity, they have a huge problem with the fact that the person formally did XYZ. Sometimes as much as seven to ten years. It just depends on what side you're approaching it from. When the brand wants someone but doesn't have enough money they say, "Oh, it's not exclusive." But when the brand wants someone and they see that your talent has worked with somebody else, all of the sudden exclusivity is a problem.

Question: Are you seeing that blend away a little bit now that brands are starting to work with social influencers who are certainly less exclusive than celebrities always have been?

Answer: I don't think that brands are looking at this. I think that a brand realizes that a celebrity is an entire different level, not that there aren't influencers who are becoming celebrities in their own right. But I think that everybody instinctively knows that the influencer makes their living. It's like buying an ad in a magazine- you turn the page and there's another ad from somebody else maybe even in the same category. I feel like people are looking at influencers as media and not celebrity. They are comfortable with influencers talking about different brands, just like you'd be comfortable flipping the pages in a magazine and seeing different ads in the same issue.

Question: Do you have any last thoughts of suggestions and advice to a brand, who's considering launching a celebrity endorsement campaign, and maybe hasn't gone down that path yet?

Answer: I think my advice would be do it. I'm jaded like that. But I think that there's a lot of games and lots of different areas that can come from doing. So the first thing is just do it. The second thing is make sure you make it authentic. The third thing is if you haven't done it before, you should invest in an agency who has done it before because you just don't know about the bumps in the road. And you need somebody to help you navigate. You need somebody to help you justify and make sure you're asking all the right questions. Those are it, that's all I got.

To learn more about the importance of understanding personas, you can listen to the full interview in our podcast.

To gain more insight on the process of collaborating with celebrities, you should check out some other blog posts we've written on the topic...