A celebrity image can be a massive commodity for a brand and drive major sales increases. Whether it is the way the celebrity dresses, the lifestyle the celebrity leads, or the shops the celebrity chooses to shop in, brands are on their trail to see whether or not there will be a potential for brand leverage and recognition.

But what happens when a brand or retailer crosses the line to make it appear that the particular celebrity has endorsed their product, when in fact they have not? What everyone fears.  Lawsuits.  In this blog, Hollywood Branded takes a look at celebrity endorsement deals gone wrong, when brands cross the line of legality. 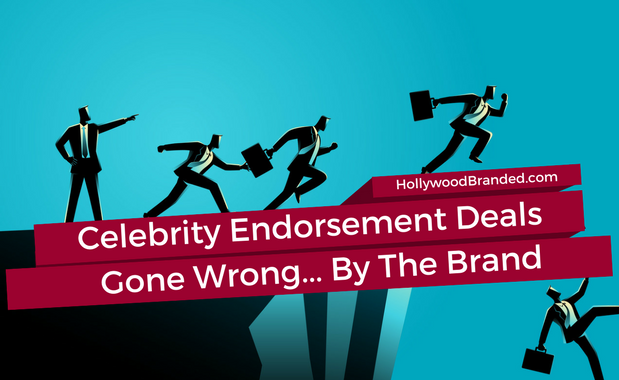 The UK fashion clothing brand, Topshop, went under massive fire after settling a long running legal battle with Rihanna. The brand found themselves in boiling water with the star after they unlawfully sold shirts in their stores with an image of the singer on one of the sleeveless shirts.

The image in question is a still shot of Rihanna’s face taken from the publicity photo used in the 2011 music video “We Found Love”. Rihanna brought forth a suit against the store for selling a product with her image on it without paying her an endorsement fee and royalty on sales.  The shirts were initially sold as the "Rihanna Tank" and then after she complained, as the "Headscarf Girl Tank" and the "Icon Tank." 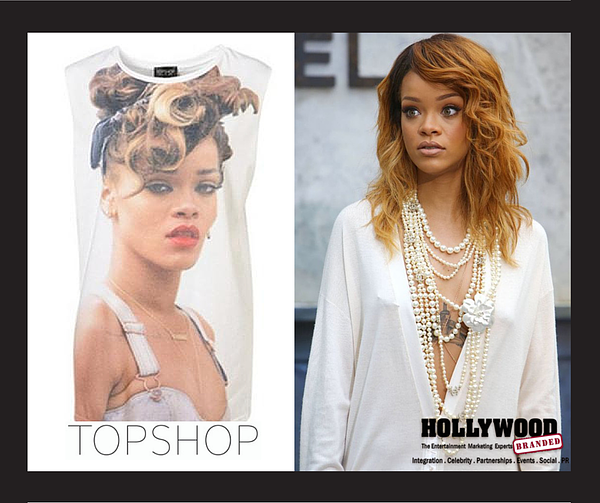 But the legal battle surrounding the case was tricky due to UK law, as celebrities in the UK have no legal right to control how their images are used. Thus, Topshop technically – in the eyes of the law – wasn't doing anything wrong.   This is because there is no "personality/image right" in British law. A photographer owns the copyright to photos they take, not the person who has the image taken of them, including celebrities.

So What Really Was This About?

According to the BBC, Topshop’s lawyers defended their case on the valid point that the t-shirt image was similar to other clothing which depicts iconic stars like The Beatles, Jimi Hendrix, Prince, Marilyn Monroe and  Elvis Presley. They also positioned the case that the corporation had misunderstood the laws on celebrity merchandising.

Rihanna’s legal team won by using a loophole in British law that Topshop’s use of Rihanna’s image on the shirt had been marketed in a way that could suggest that the celebrity had endorsed it.  Specifically in Rihanna’s case she had actually had a previous partnership which had ended with Topshop, where customers could enter a sweepstakes at the retail stores to win a shopping trip with her, which had included publicity appearances by her as well.  Additionally, the image on the shirt was one of the exact images used to promote her “Talk That Talk” album.   Thus they stated Topshop was unauthorized to sell that merchandise in their stores.

Rihanna bolstered her case against Topshop’s use of her image as she already had an existing deal with a retail chain named River Island, (a direct competitor to Topshop) as well as her position as the new Creative Director of the sport fashion brand Puma.

These facts led the judges to determine that customers had an increased chance of being misled and under the impression that she was officially endorsing the product.  It was therefore determined that the usage damaged her “goodwill” and represented “a loss of control over Rihanna’s reputation in the fashion sphere.”

This was a ground breaking decision, as it is the first time any celebrity has won such a case.  Not only did Rihanna get $5 Million, Topshop wass required to reimburse all of Rihanna’s legal fees – from both the 2013 court case and the 2015 appeals verdict - ouch! 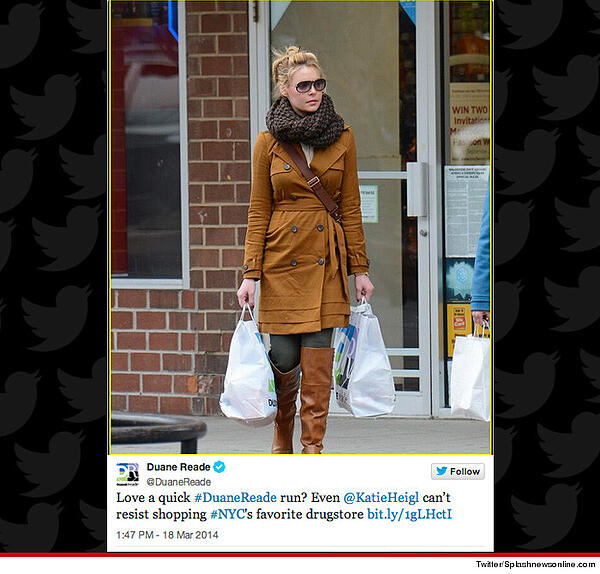 This is no isolated case for a brand’s misrepresentation of a celebrity endorsement. In April 2014, east coast drug store chain Duane Reade was in the line of fire when they photographed and misused an image of the actress Katherine Heigl as she exited one of their stores. Taking the image from another online source, the brand distributed the photograph across their social media channels, hash tagging the actress and stating a message that could be construed to be promotional in nature as an endorsement by the celebrity.

For this particular case, Heigl asked the brand to take the images down, to which they refused. Heigl followed up with a lawsuit suing the brand $6 Million for their purported “callous exploitation of the star” despite her objection.  The case was settled once Duane Reade removed the post from their sites.

The lesson here?  If asked, just remove the post.

Arguably, for fashion retailers, if a retailer isn’t the one producing the individual items of clothing, and their business model is to purchase the items from a larger distributor; how do they know that item is not a licensed image? Thorough research is required by the fashion retailer’s merchandisers in order to determine whether or not that image is licensed by the celebrity, and whether or not they approve of that image to be used in such a manner.

Bloomingdale’s Fall 2013 British Invasion campaign is an example of a retailer who did it right by the law -– creating a licensed partnership to create and sell exclusive Beatles-inspired merchandise to celebrate, per Rolling Stone magazine, “the phenomenon that started America’s love of all things British.” The store worked with over 40 British brands, including Burberry, Hardy Amies, Ted Baker, Turnbull & Asser and Paul Smith, to create a range of items including t-shirts, cuff links, umbrellas and more, based on the Beatles'.

In cases where brand marketers utilize celebrities’ images and names to promote their own brands, the marketer should always be respectful of the celebrity in question. If contacted by a celebrity’s representatives, listen to their concerns, and be proactive in easing the situation.

Brands should also be acutely aware of the fact that social media is as much of a powerful (and public) tool to market a brand image as any other media or retail channel out there. Social media is still enough of an early marketing practice that there is not a defined line of black and white, and much lives in the land of grey. Bottom line is that if you do use a celebrity in your social media the lesson take away from this is that if a celebrity asks to have the content taken down, have an open dialogue with them to see if there is a way to work with them (a charity donation, an actual paid endorsement) or just take it down.

Taylor Swift is another celeb whose likeness has been used without approval.
Swift challenged e-commerce store Etsy over the unlicensed useage of her song lyrics on products. Etsy store owners received cease-and-desist letters from Swift's lawyers claiming they're guilty of trademark infringement.  Scary to get that letter, but if steps are taken to comply, not the end of the world.

In addition to Taylor Swift's decision to trademark song lyrics from an album, a clothing company named Duluth Trading Co. recently apologized to Eagles frontman Don Henley to end a dispute that began in October 2014. The company used the artist's fame to sell shirts without his permission - similar to the way TopShop used Rihanna's likeness.

On April 14, 2015 the company issued an official apology on its website.

Here is the full apology letter from Duluth: 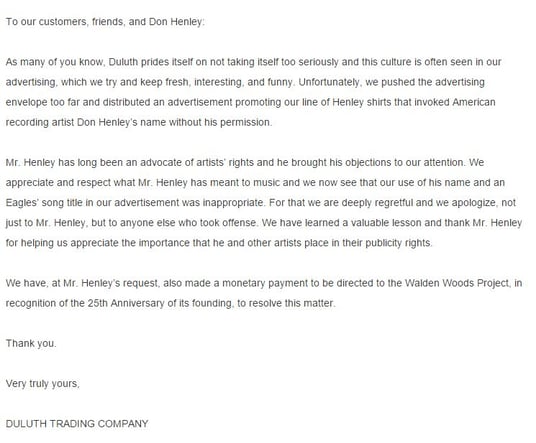 You can read more about this, and other on going celebrity legal battles here.

** As a disclaimer, Hollywood Branded is not a legal resource nor do we want to appear as a legal adviser - so please talk to your own legal teams should you have concerns or issues.

Celebrity endorsements are more effective than you may think! And they're not the only tactic you can incorporate in your entertainment marketing mix. Check out Hollywood Branded's Influencer Marketing School to find out how you can create better partnerships with social and celebrity influencers!