Influencing Is More Than Just Impressions

Influencer marketing is an ever-changing landscape and poses so many questions for brands - even more so if your brand has minimal experience in the field. While impressions were sought after in the initial advent of this corner of marketing, they have more recently proven to be less effective. 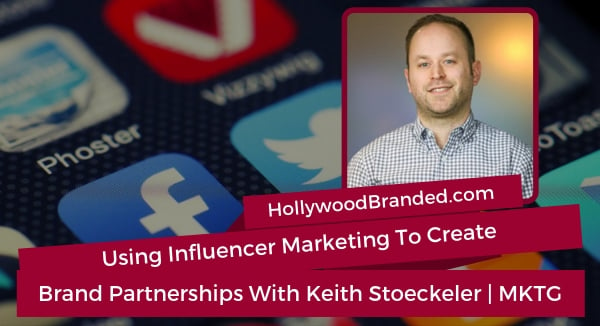 A Little Background On Keith

Keith Stoeckeler is the Vice President Group Director for Digital at MKTG. Since 2016, Keith has been responsible for all of MKTG's digital work and staff of 15, and previously to that, Keith led the digital strategy for the healthcare division over at CDM New York, working with Pfizer, Novartis and other brands.

Before that he was hired to help build the digital offerings at Fleishman Hillard New York and he's also worked across eight Procter and Gamble brands at publicist New York as well as on the Harley Davidson and Subaru accounts at Carmichael Lynch in Minneapolis.

Answer: Sure, this is my 14th year in advertising and marketing and I've only worked at ad agencies. I did not know that that's what I wanted to do, but fell into it by way of a really great internships in my last semester of college. I started my career in account management and as I progressed and worked for larger agencies, realized the different departments and aspects of an agency. I got into brand planning and strategy and then that became digital strategy. I think since 2008 or so the last ten years I've been focused in digital, which then transitioned to social.

I've been working within those two mediums exclusively for probably the last ten years. Currently, at MKTG I'm focused in sports entertainment and a lot of properties like that so it's a fun thing day in and day out. We do a lot of content marketing, social, digital, whether it's web or app or influencer partnerships, talent negotiation. So, a lot of different things. But all things really content at the end of the day. So, it's been a lot of fun. 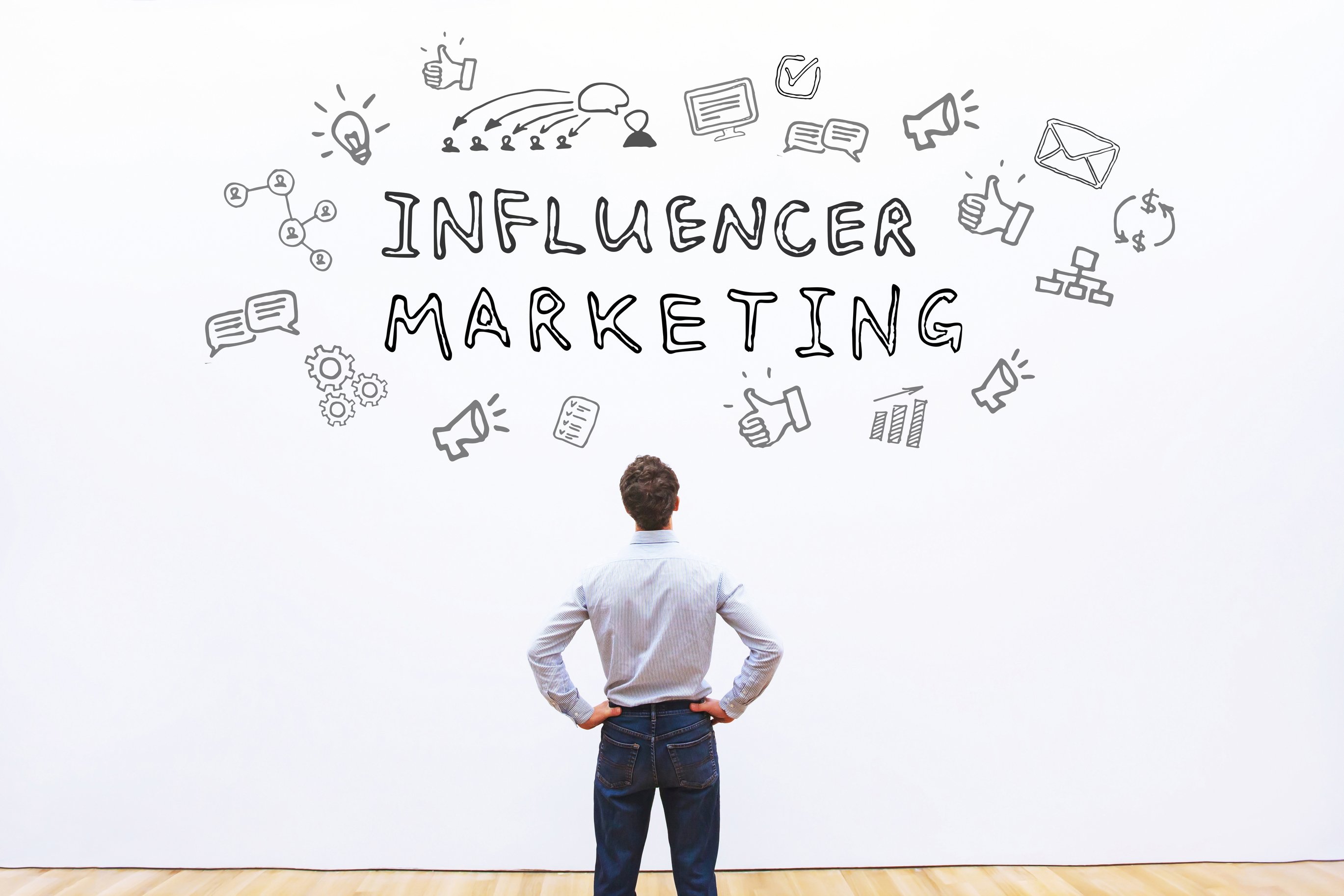 Question: What makes it to you so killer that brands and agencies really need to be considering using it if they're not already?

Answer: Well, I love it because I think it's taken such a quick growth and certainly an equally quick change. It was once admittedly not a great practice where brands and people were looking for just people with high follower counts thinking that it was another way to amplify or they were likening it to placing a print ad in a People Magazine if you will. So, I'm getting a lot of impressions.

That's still practiced today, sadly. I think that's what we're trying to counsel brands and people away from is start to form true partnerships. But I love it just because of how quickly it's taken shape and how it's still very much the Wild West with the FTC regulations and people just thinking that they're not going to get cracked down on when they post something that's clearly a partnership. There's still so much to do and so much to mold and I enjoy working on it day in and day out. It's very much for those reasons.

I think it was a study last year they were saying for every dollar spent influencer marketing, a brand's making around six or seven. I think that's really what has driven marketers to look into it but certainly by way of channels like Instagram and YouTube and everything else, these big major influencers was once the draw. I think now we're looking more towards micro-influencers or really anybody that you may know who just has a passion for something who could talk credibly about it. A lot of times we're building campaigns around those people too. So, the scale is just on equal ends of the spectrum, depending on what projects you're doing, and what would make the most sense for it.

Question: When you're working with influencers, are you typically looking at opportunities to build larger partnerships, or are you looking at more one hit wonders, and they're posting and sharing content that they've created just a single time?

Answer: Well, it depends. I think we want to stay away from the one hit wonders, as you mentioned, unless it makes clear sense. If it's a specific project, and we need a very specific person, and we may not do that project again, then yes, at the end of the day, it may be that we worked with somebody once. But that certainly wasn't our intent. I think we look to make significant partnerships, whether that's length of subcontract or length of the term, that they're going to work with us.

That's really because we've seen such great return on investment. We've seen these influencers go well above and beyond the scope because we've treated them well, we've brought them in as a brand partner, they're collaborating, they're co-creating content with us. And they're not just this end marketing vehicle of, "hey, we're the smart people at the agency, we've got it all figured out. Now, you go and amplify this thing." That's not what it should be. We're finding that's really where our focus is and where we've seen a lot of success.

Question: Can you share any case studies or examples of projects you've worked on that you've had a lot of fun with that you think an influencer has really shown great partnership with the brand?

Answer: Yes, we worked with a telecommunications brands and like I said, we work a lot in sports and entertainment. With one of the sporting seasons, we had one - I would call her a micro influencer - and of course with most things, they work with us and work with other brands and just elevate their career. But at the time, a relatively small person with a significant following, but a very specific following. What we did, given that it was a telecom brand, and I think you can do this no matter what brand you are, is think about what sort of benefits or value in kinds you can give this influencer beyond just payment.

In this case, it was a free phone for the year - free service for the year, plus the contract that we arranged for her. We had a very specific contract, a very specific amount of appearances, a very specific amount of content that we would generate. But knowing we had a one year arrangement with her, we thought about her for other things as they came up organically. Separate to that, we produced the concert for that same brand. But we thought of this influencer and said "hey, why don't we fly you out? Why don't you co-create content with us at this concert." Of course, she was into it.

And yes, it was incremental, but she was very favorable in terms of negotiating that deal with us because we had already gone out on a limb and signed a 12 month deal with her. What was to be let's say 80 posts are well over 100. So, the ROI on that is just really high because she really cared and she really went above and beyond. But I also think it was because our team looked out for her and made sure that we did right by her. I think the length of that contract allowed us to be very flexible and some things that popped up organically that we thought she might be a good fit for. 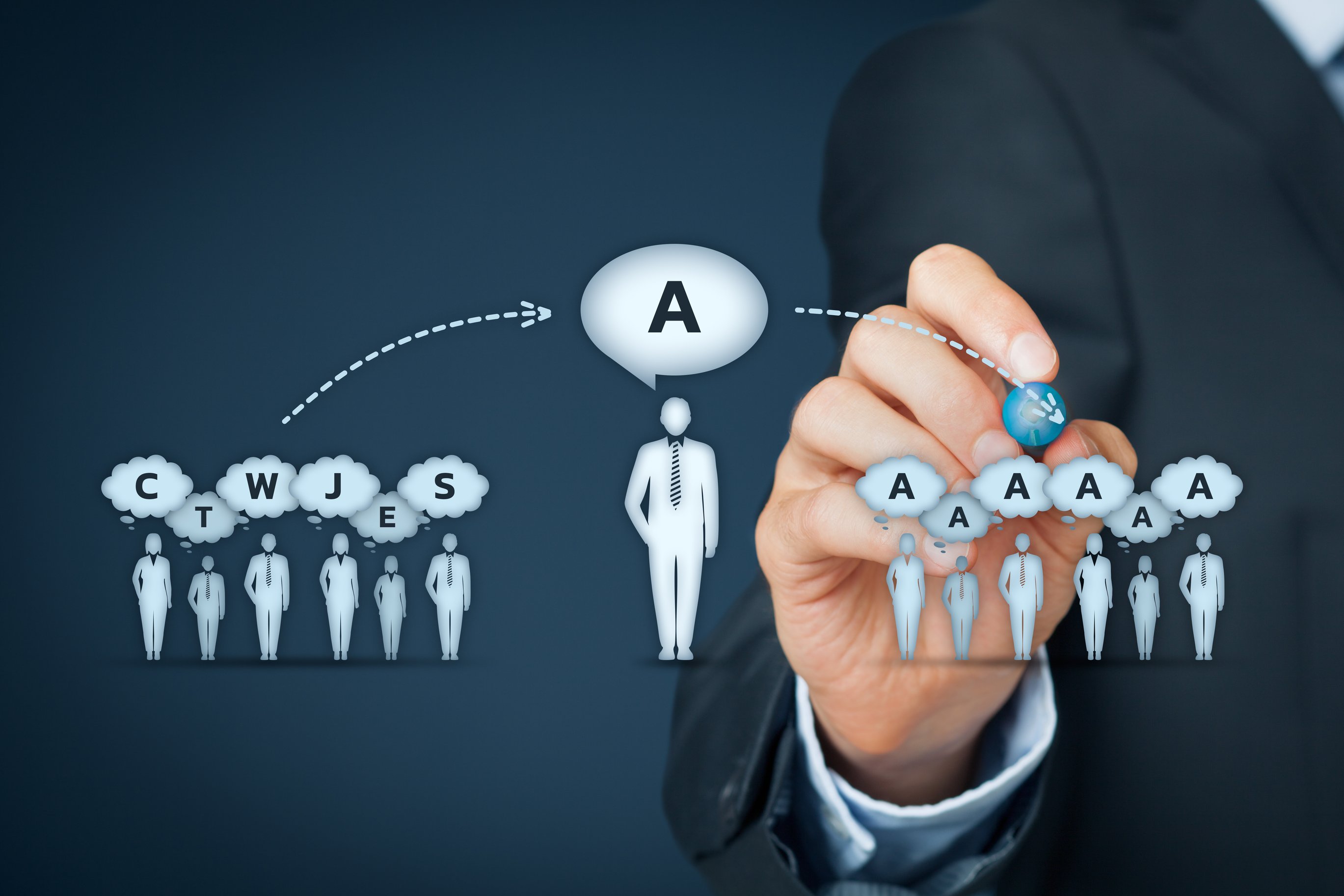 Question: How have you seen influencer marketing grow or change?

Answer: It has really changed a lot based on the platforms. I spoke a little bit about vine earlier, but we were doing a considerable amount of work with influencers on that platform, and then that platform goes away. Some of them go to Instagram, some of them go to Twitter, some of them decide to go full on into video on YouTube. It just really has changed a lot due to the platforms, and then due to the additions and the changes that these platforms have.

Instagram, from when it first started is nothing like what it is now. It has given way to people to be creative in so many different ways. It's such a fun space, but we're a bit beholden to the people who create the content and the platforms they create them on.

Question: Do you have any last bits of advice?

Answer: I guess my advice would just be my recommendation to get started. One of the things I like about digital and social, is it doesn't have to be permanent, although in many cases it is because screenshots and screen grabs live forever. But if something isn't working or the video didn't come out right or the content that you thought this influencer was going to create wasn't up to par, you don't have to post it. You can delete something, you can edit something. So, try it. Because I think, you don't know until you start to get into it and start to feel more comfortable to really know if this is right for you.

To learn more about using influencer marketing to create brand partnerships, you can listen to the full interview in our podcast.

Next Steps And Further Readings

What to further your knowledge about best marketing practices for influencer marketing and working with social influencers? We've written plenty of other blog posts on the topics as well for you to check out!

Want to learn more from experts across various walks of the marketing landscape? Subscribe to our Marketing Mistakes Podcast and learn tips, strategies and suggestions from the pros!