Disney Is Ready For Battle

Disney announced they are having their own streaming service and the crowd . went . wild!  And it now has been revealed that the name of this SVOD (streaming video on demand) service is called Disney Plus.

Just when we thought Netflix was taking over the world…Disney plans their attack! You can sense a battle is upon us... Not only is Disney creating Disney Plus, but they are also putting more money into Hulu to produce and expand that platform's original content, while removing licensing rights to Netflix to carry streaming on Marvel/Disney owned content. In this blog, Hollywood Branded will discuss the new Disney streaming service Disney Plus, what Disney brands it will host content for and how product placement can be applied by brand managers. 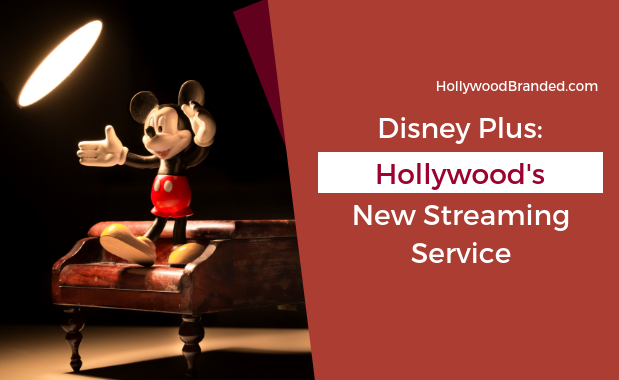 The planning has only just begun for Disney Plus, which is intended to be released in 2019.

There are five brands whose content will be on the service thus far, these include:

According to Disney's CEO Bob Iger, it's reported that Disney Plus is said to be priced lower than Netflix... and i know I’m not the only one who would be happy if this goes through. In addition, Fox and Disney have a deal that is expected to be completed at the beginning of next year allowing Disney to purchase Fox’s films and TV empire as well - and make it streamable.

Hulu is one of Netflix’s biggest contenders and Disney now owns 60% of the company. Subscriptions have increased for Hulu, and Disney wants to invest more money in the growing brand for their programming department. These SVOD (streaming video on demand) companies are expanding and brands will need to research what content their consumers are viewing and on which platform to get the best outreach.

Disney embodies many qualities including power, loyalty, and bringing happiness to all.

It may just be a convenience that Mickey is giving us a streaming service for his 90th birthday but I think it is all part of the plan. The Disney Brand has never failed its consumers and stands as one of the top entertainment companies in the world.

Now, Disney Plus will bring in a whole new audience, whether it be millennial fans of the Marvel franchise or adventure seekers who love National Geographic. This platform will give companies a brand-new space where they can advertise their products. They have even started a website where individuals can keep up with the Disney Plus updates, check it out: Disney Plus

As many already are aware from your own viewing habits, the cords are being cut and streaming services are becoming the main source of television viewership. Many brands have been tailoring their marketing practices to be inclusive of product placement because of the elimination of commercials on SVOD services. These brands will now have the chance to look into product placement opportunities for not only Netflix, Hulu and Amazon, but also Disney Plus.

The service is also looking into creating spin-off TV series that will feature characters from these major entertainment franchises. This means more possible original content that can give brands more options for product placement deals.

Will Disney Take Over and Will Your Brand Join Them?

It is the perfect time of the year (which is always!) to start considering if you want your brand to get more attention through leveraging content.  Disney Plus will be the new and hot commodity in the year 2019 and keeping up with new SVOD services is like Keeping Up With The Kardashians now! You can’t fall behind, so start researching and getting your brand placement or hire an agency (like Hollywood Branded!) to help you out.

Check out some of Hollywood Branded’s other blogs related to product placement and SVOD.

And make sure you watch our Product Placement video to get started on what you need to know!