Posted by Stacy Jones on February 7, 2018 at 10:28 AM
Movements Versus Brands On The Red Carpet

With the #metoo and #timesup movements in Hollywood, one thing is for sure - fashion houses are not getting as much red carpet conversation as before.  The focus by red carpet fashion reporters has been more so focused on the black dresses and lapel pins (Golden Globes) and white roses (Grammy's) than on the question "Who are you wearing?" 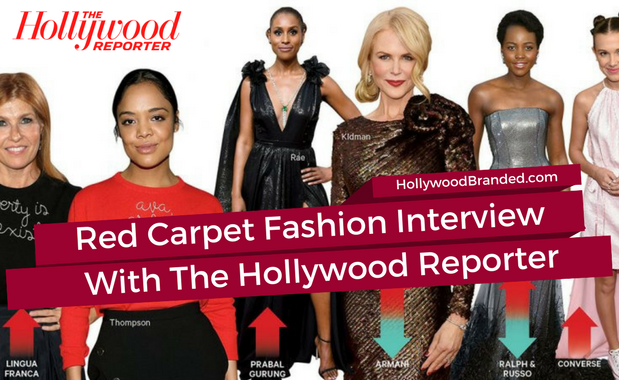 The #TimesUp Pin At The Golden Globes

The little black dress has always been a girl's go-to for a night out.  But Hollywood is typically filled with a little more glitz and glamour.  Not so this year.  While the red carpet and Golden Globes stage were a swath of black, making Hollywood appear in mourning, the actual opposite held true.  All of the attending Hollywood celebrities chose to gather together in triumph (with the exception of three women that night) to wear black as a statement piece supporting the #TimesUp movement.  Additionally, male nominees were provided #metoo movement pins to wear on their lapels.

The only issue?  The fashion and jewelry designer themed question of "Who are you wearing" by red carpet reporters didn't quite fit the tones of the night.  Few reporters wanted to sound silly asking a seemingly innocent question about the name of the designer of a dress being worn, when instead they could ask deeper questions into the star's own political beliefs about #timesup and #metoo.  And boy did the movement get a chance to win with massive PR exposure covered all around the world. 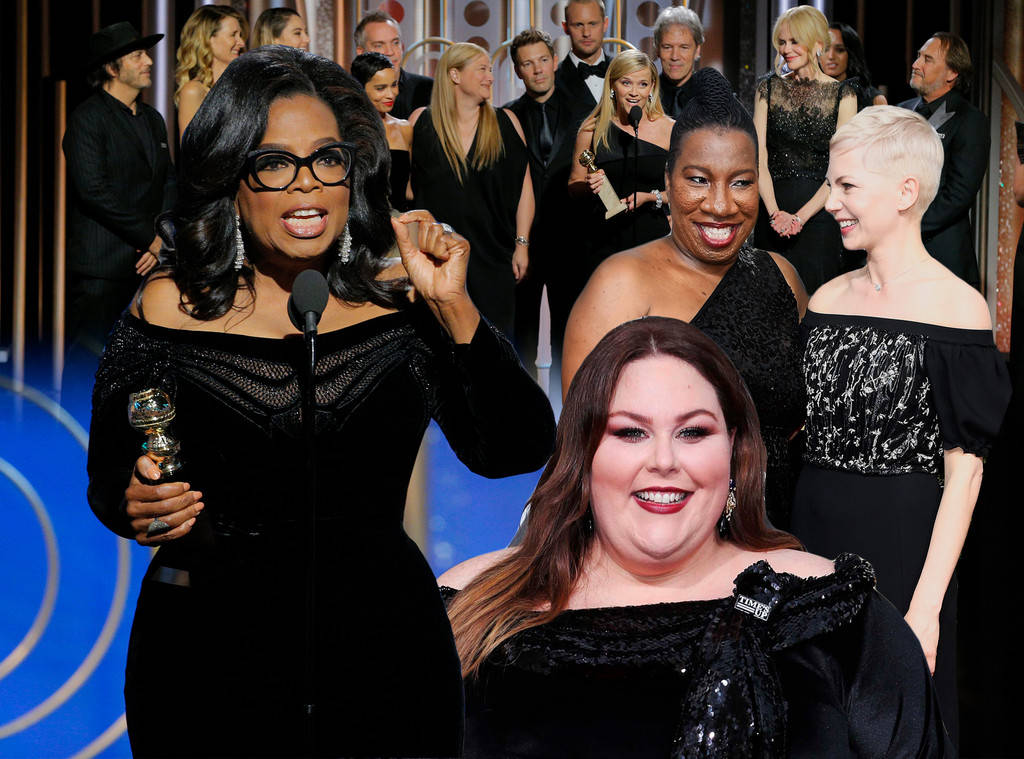 And the loser?  The fashion designers in this case.  Their stand out designs were in large part not worn for this show, with stylists asking designers back in December to pull black dresses for clients instead. 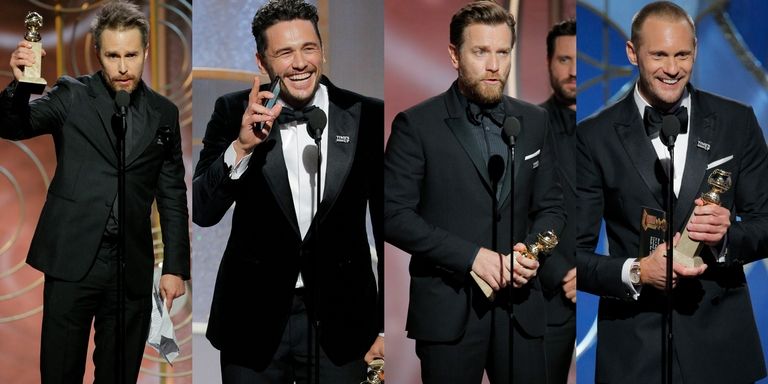 The nominees wearing their #metoo pens which were custom designed for the event.

The White Rose At The Grammy's

While Armani and Ralph & Russo seemed to steal the show as far as red carpet favored wear, The Grammy's this year was all about one accessory in particular:  the white rose.  With the same focus on the #TimesUp movement, attending celebrities wore all sorts of white roses to show their solidarity.  From actual real white roses either held or pinned on lapels, to white rose pins or other rose designs embroidered, the red carpet was a sea of floral, and overall toned down compared to years past.

Take a look at the red carpet white roses in this video:

What's A Designer To Do

But that doesn't mean everyone lost out.  And quite a few designers still managed to win despite the red carpet blackout.  How? Through social media and traditional PR.  Instead of relying on the TV cameras with reporters and mics asking the celebrities who they wore, many fashion houses either got the word out themselves, or worked with the celebrity or stylist to help them through social media posts.

And the fashion world hasn't given up on dressing stars.

Read the Hollywood Reporter article we were interviewed for: Who Are The Fashion Winners (and Losers) of the New Woke Red Carpet?

Inviting A Celebrity To Your Event

Working with a celebrity isn't as easy as just dialing them up and saying "hey, let's work together". In fact, it takes some massive planning, figuring out what the ask is, what you are going to give them in exchange, knowing who to talk to, and what to say.  And that's all before the celebrity is even presented with your brand as an opportunity.

And be sure to download our e-book "Get Celebrities To Your Brand's Event" below!