How Brands Use Retro Product Placement To Stand Out

Brands Use Vintage Logos To Make Authentic (And Memorable) Connections

Movies or TV shows that take place in modern times make brand integration easy and natural. Any Modern Family (capitalization intended) could have Apple products as a part of their daily lives, and a box of Cheerios looks natural in an Upper West Side apartment as the leading lady prepares for her work day.

But a huge opportunity for brands who have been around for more than a few years is using vintage logos or brand packaging as placement in period films.  In this blog, Hollywood Branded looks at the power of brands using retro product placement to stand out from competitors and gain authentic connections. 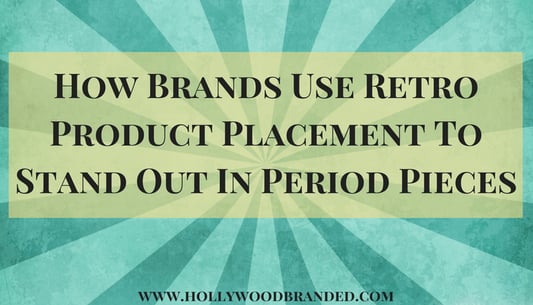 One of the most critically acclaimed and popular shows of the early 2000's depicted the advertising giants of Madison Avenue. Tackling sexism, consumerism and the changing landscape of the United States and the world, the show was a gold mine for vintage products and logos.

In fact, the main characters themselves work on campaigns for these vintage brands on everything from Kodak, to Campbell's, to Mowhawk Airlines, to even Coca Cola all with logos and verbal placements to match. 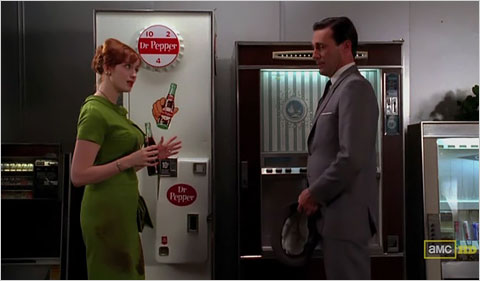 However the main two products featured consistently throughout with tons of vintage logo placement are Canadian Club and Lucky Strike.

Canadian Club, a brand under the umbrella of Jim Beam, had been lagging behind in sales. When the showrunners were looking to find a brand of whiskey the legendary Don Draper would drink, they needed something that would be able to fit the time... and Canadian Club fit the bill. 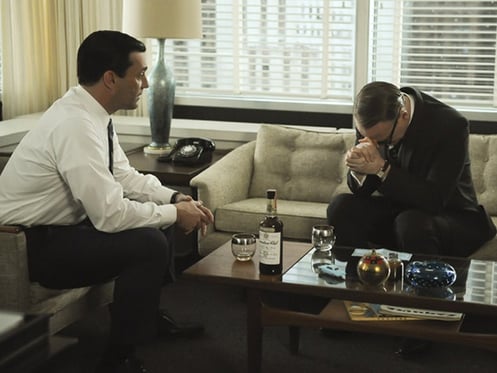 Canadian Club whiskey became Draper's whiskey of choice, showing up throughout the show in almost every episode - and sales dramatically increased. Check out our case study, A Mad Men Case Study On Product Placement to read more about one of the most prolific examples of brand integration success in Hollywood.  And created by our agency!

Another of the biggest moments of the show is Donald Draper's pitch for a new ad campaign for Lucky Strike. The involvement of the brand in the show dramatically spiked sales for the cigarette brand that had been losing sales since the 80s. Check out this scene:

The breakout television hit of the year, hands down, was the Netflix sci-fi series Stranger Things. Within days of its premiere, it had become a cult hit, telling the story of a strange abduction and an alternate reality in 1980s America.

The TV show's style itself evoked the feeling of an 80s thriller, from the synth-heavy score to the clothes the characters wore and the music they listened to. Vintage brands were also sprinkled about, yet none featured as heavily as the Eggo waffle.

When a strange girl with incredible powers and a shaved head appears out of nowhere in the forest, it turns out the only thing she'll eat is Eggo waffles. 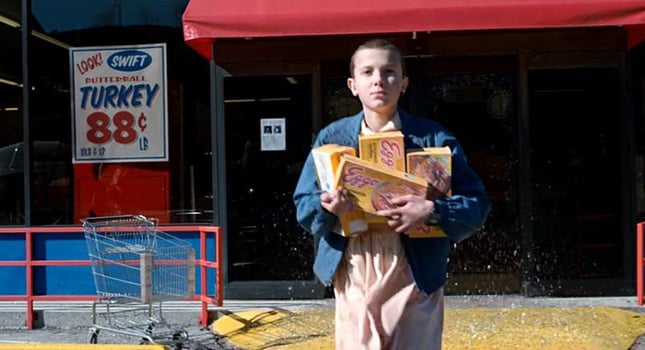 The brand becomes a staple of the show after Mike first brings them down to his basement for her to eat where he's hiding her from his parents. And while the box hasn't changed much over the years, the show's producers took care to use the vintage box from the 80s.

Eggo then began showing up in fan art, costumes and chat rooms as a major part of Eleven as a character. It was a brilliant placement for the toaster waffle company.

Moet & Chandon Capture The Essence Of The Roaring 20's In Gatsby

While The Great Gatsby certainly had many subtle product placements from brands who were a big deal in the 20s, like Tiffany & Co. and Brooks Brothers, one of the most important brand integrations in the film was champagne makers Moet & Chandon.

What set their brand apart was the actually inclusion of their logo and product in the film. Giant bottles of branded champagne with the retro look were made for the movie and were included in the most dazzling scene of the movie - Gatsby's party. 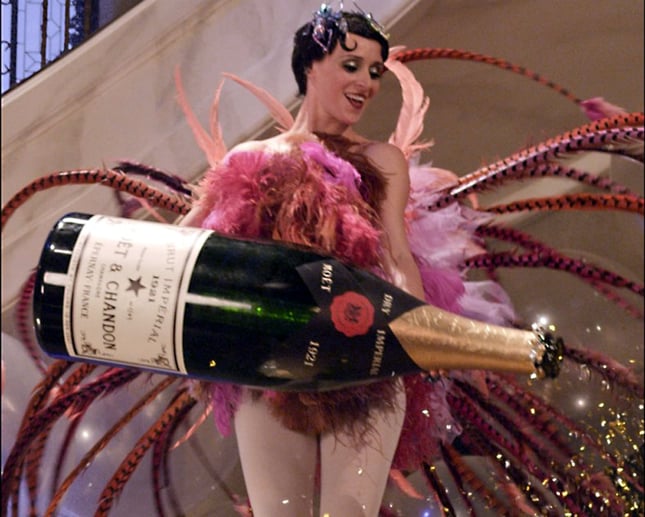 The giant champagne bottles and fountains made of Moet & Chandon bottles were hard to miss in the scene and were one of the only brands that received logo placement in the film.

They then capitalized on this giant logo placement by hosting the premiere's after party and centering much of their marketing that year around the film.

With the vintage logo, the branding felt authentic, and captured the feeling of both the film and the brand. And of course, everyone will notice the happily screaming man running through the party with a giant bottle of vintage Moet & Chandon champagne. 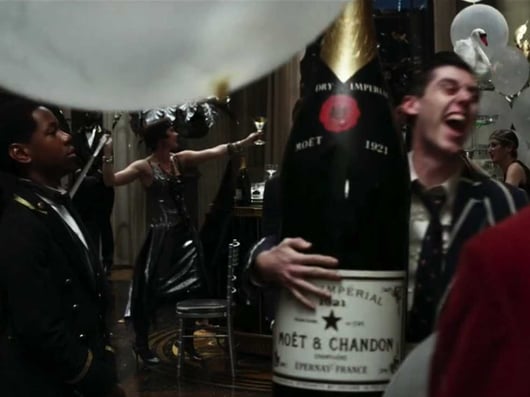 There Are Always Ways To Include Brand Integration

There are so many more examples, from a 1970s coca cola machine appearing in the David Fincher's period piece Zodiac, to a 1920s billboard for Wrigley's chewing gum behind Jude Law and Colin Firth in Genius.

Just because a movie takes place outside of the present day doesn't mean your brand can't effectively integrate with the content. In fact, the vintage imagery may make the logo more memorable.