How Celebrities Use TikTok To Strengthen Their Brand

TikTok, the addicting social media platform, has sent content creators like Charli D’Amelio and Addison Rae into perpetual superstardom. But before TikTok, YouTube, or even social media itself, the public had good ol’ celebrities from movies, television, radio, and magazines. Celebrities are their own brand. They must market themselves to the public and must always be aware of how they are perceived. Before social media, celebrities had PR teams, journalistic interviews, and TV talk shows to maintain their image. While they still have all these branding options, social media has become the frontrunner for creating personal brands.

Image is essential in the life of a celebrity, and an effective social media presence can positively impact their brand and career.  In this blog, Hollywood Branded shares how celebrities use TikTok to strengthen their brand and cater to a younger generation. 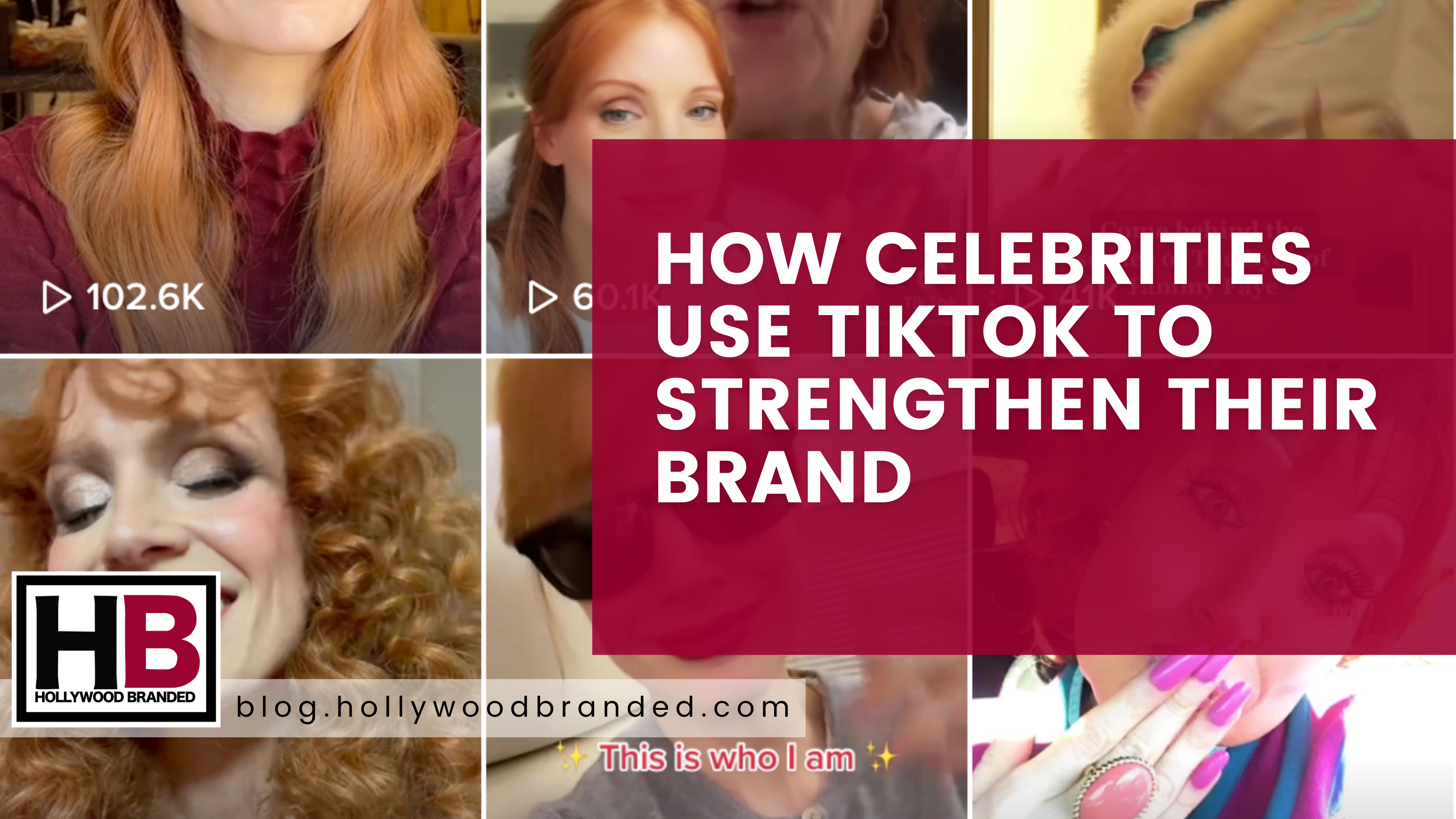 Personal branding is the practice of marketing oneself; it is the message, attitude, persona, and story that you sell to people. You need a personal brand if you want to be memorable and stand out from everyone else around you. Celebrities are no strangers to personal branding. What do you think of when you see the name Oprah Winfrey? Perhaps you can hear the iconic phrase, “You get a car! You get a car! And you get a car!” or the more recent “Were you silent or were you silenced?” Maybe you think of Oprah’s Book Club or her talk show or even O! Magazine. Oprah has made a name for herself as a generous, empathetic, hard-hitting journalist, entrepreneur, successful woman. That’s her brand! Just like Seth Rogan is known as a funny stoner, and Tom Hanks is known as the nicest guy in Hollywood.

For celebrities, it’s not enough to just be in movies and magazines anymore. In order to catch millennial’s and Gen Z’s attention, stars have turned to social media. In today’s day and age, successful celebrities are well-versed in social media to stay relevant and strengthen their brand. Here are four famous celebrities on TikTok who use the platform successfully to maintain their brand.

Jessica Chastain is an Academy Award-nominated actress who is famous for effortlessly transforming herself into different characters. She is known for her roles in The Help, Zero Dark Thirty, and Interstellar. If you only watched her movies, you might think she is a serious traditional actress, but Chastain has an extremely silly personality. Her TikTok is filled with expertly crafted videos following the latest TikTok trending sounds and memes, in addition to clever promotions for her latest projects. Chastain’s TikTok shows that her personal brand is a fashionable, woman-empowering, talented goofball. 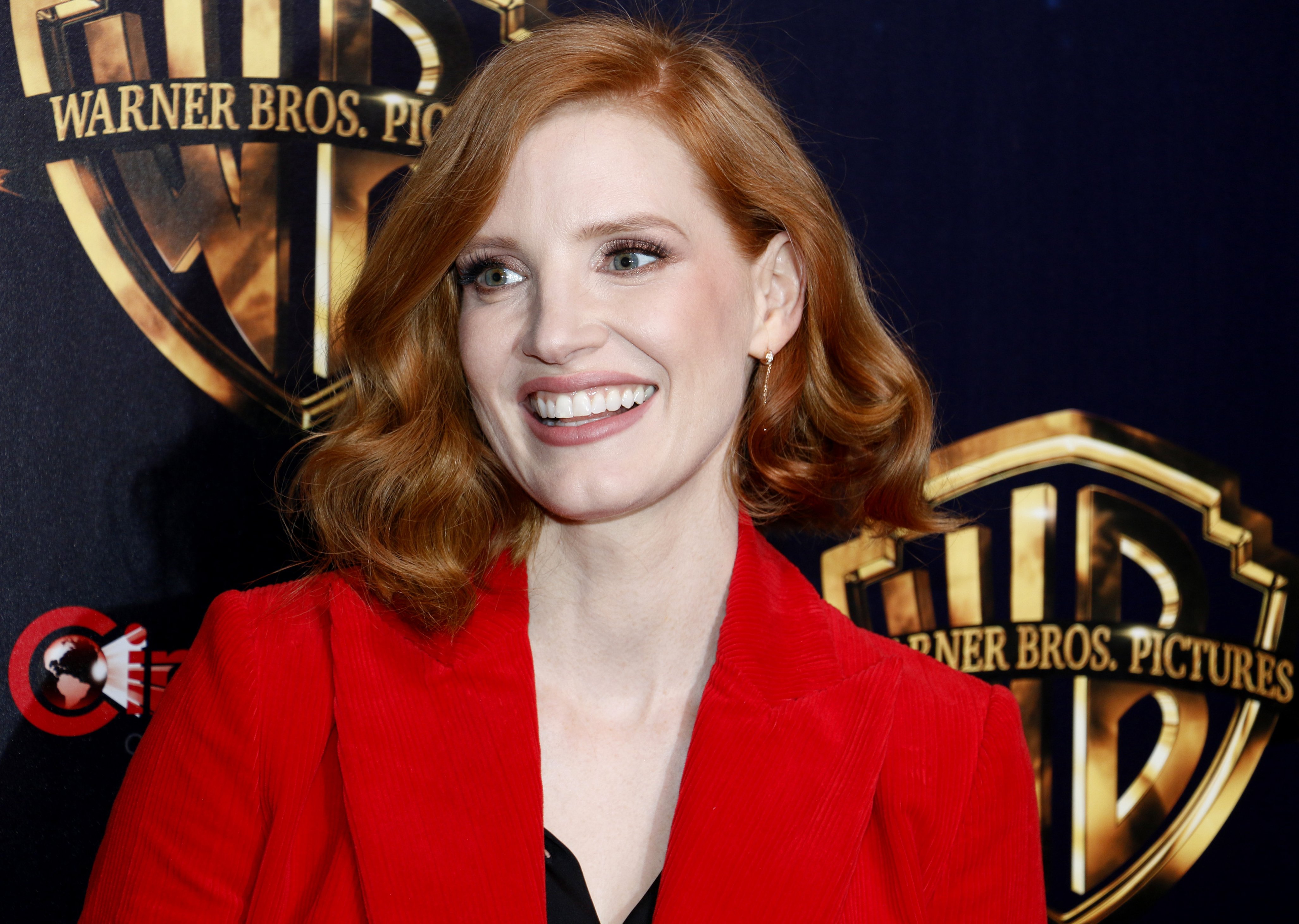 Taylor Swift needs no introduction, but in case you somehow forgot who she is—she is an 11-time Grammy-winning singer-songwriter who is known for her genre-bending catchy tunes and emotionally charged songs. Swift is very new to the TikTok platform, but she is no stranger to social media. She joined Tumblr in 2014, where she interacted with her fans, poked fun at herself, and made significant statements about her career. “Tumblr is the last place on the internet where I feel like I can still make a joke because it feels small, like a neighborhood rather than an entire continent. We can kid around -- they literally drag me. It’s fun. That’s a real comfort zone for me,” she said in a Billboard article. “When I do participate in that space, it’s always in a very inside-joke, friend vibe.”

Now it seems that her safe space includes TikTok. Swift’s account is partly just videos of her cats and making jokes at her expense. However, she also has TikTok’s showcasing what she does best—leaving cryptic clues for her fans to solve in the leadup of her album release. She is able to connect with her audience and keep them engaged. Taylor’s brand has changed throughout the years, but her TikTok illustrates what has stayed consistent—she presents herself as a genuine, kind-hearted cat-lover with insane storytelling and marketing skills. 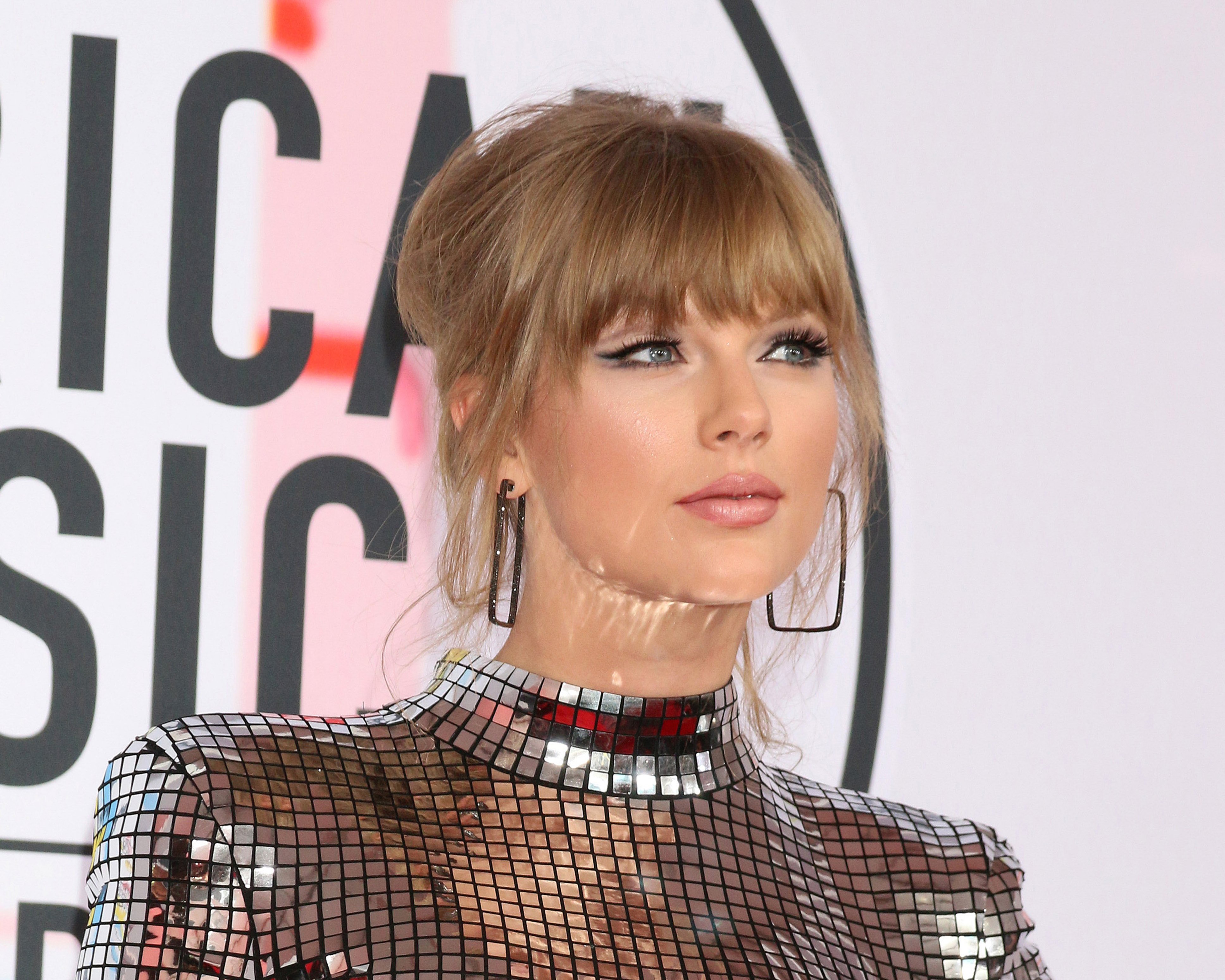 Gordon Ramsay is a British Multi-Michelin star chef, restauranteur, and television personality. He is known for shows such as Hell’s Kitchen, Kitchen Nightmares, and MasterChef. Ramsay’s personal brand is built upon his foul-mouthed, fiery temper tirades along with deliciously perfected recipes. His TikTok feed accentuates his brand perfectly. He shares his culinary prowess in the form of quick, easy tutorials, and he shares his loveable foul-mouth by duetting other people’s cooking videos and critiquing them. A great addition to his account is the behind-the-scenes antics of his tv shows and comedic videos with his family. It shows his audience that he’s not just an irate chef but a loving family man too. 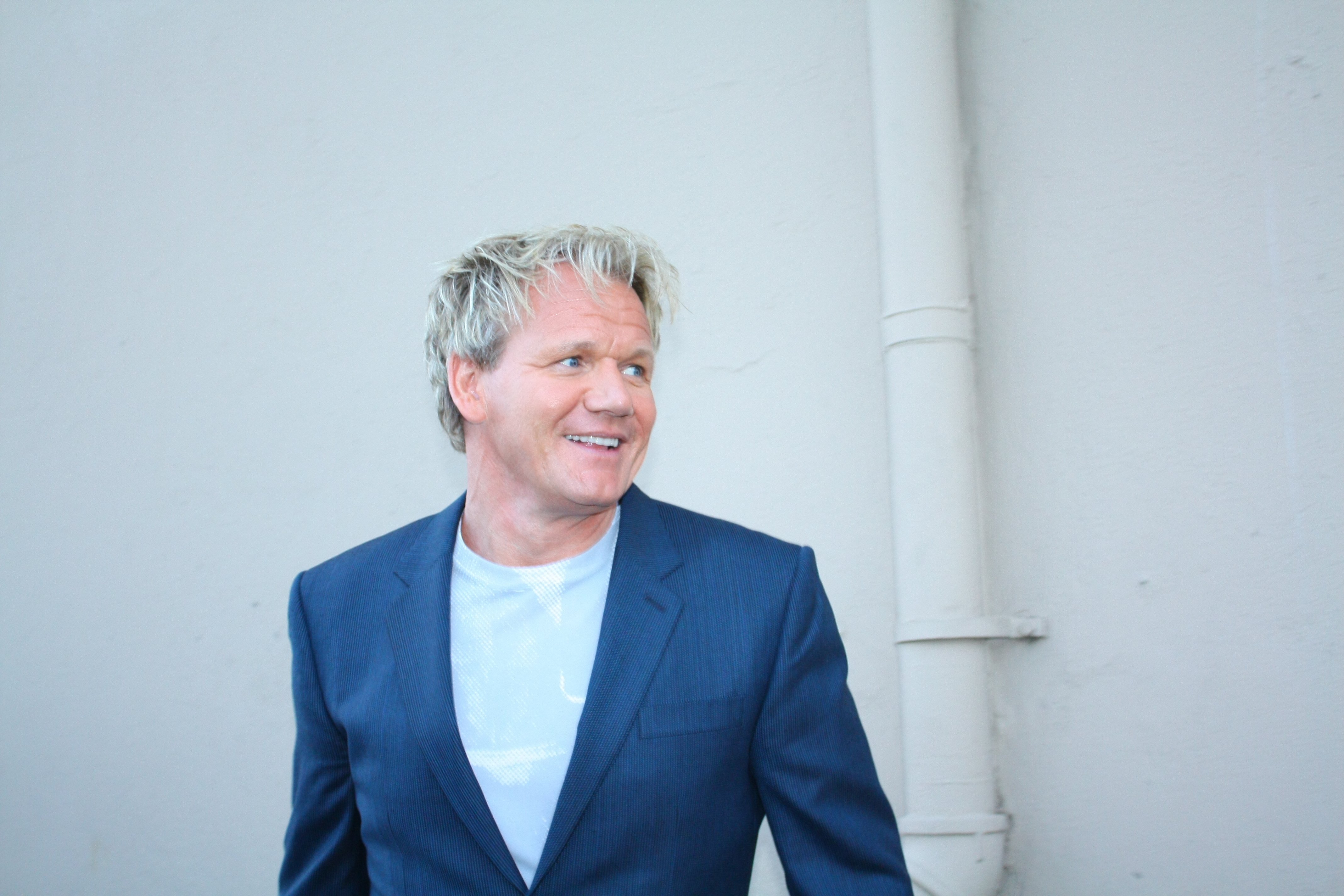 Hats off to you if you can read Jason Derulo’s name without singing it. Jason Derulo is a singer-songwriter, dancer, and actor known for songs like “Whatcha Say,” “Ridin’ Solo,” and, more recently, his performance in the movie Cats. According to a profile in Variety, Derulo started posting dance videos early on in TikTok’s release, but it wasn’t until the 2020 pandemic that he really started to experiment with the platform. Now he is the 12th most followed person on the app!

Jason's TikTok account is full of comedic videos that have nothing to do with music or dance; however, his songs usually accompany the TikToks as part of the trending sound. Thanks to his viral videos on TikTok, Derulo now has a new record deal and a book about social media strategy in the works. Derulo’s social media presence on TikTok strengthens his brand of being a dedicated, strategic, and multi-talented performer with a gift of comedic timing. What Can You Learn From Celebrity TikTok Brands?

You may not be a celebrity, but that doesn’t mean you can’t learn to utilize celebrity social media tactics for your personal brand. A successful personal brand is not about being the most talented or the most famous; it’s about being authentic and having a message. Find what makes you unique, differentiate yourself from others, find your voice, and understand what story you want to tell. Some important lessons to remember for TikTok from the above celebrities are to:

Just remember—if a celebrity can do it, then so can you!

Are you eager to learn more about personal branding and how to use TikTok as a branding tool? Then look no further! Check out these blogs from our team at Hollywood Branded.

Want to learn how to connect celebrities with your brand? Check out our awesome E-book!