The Power Of TikTok 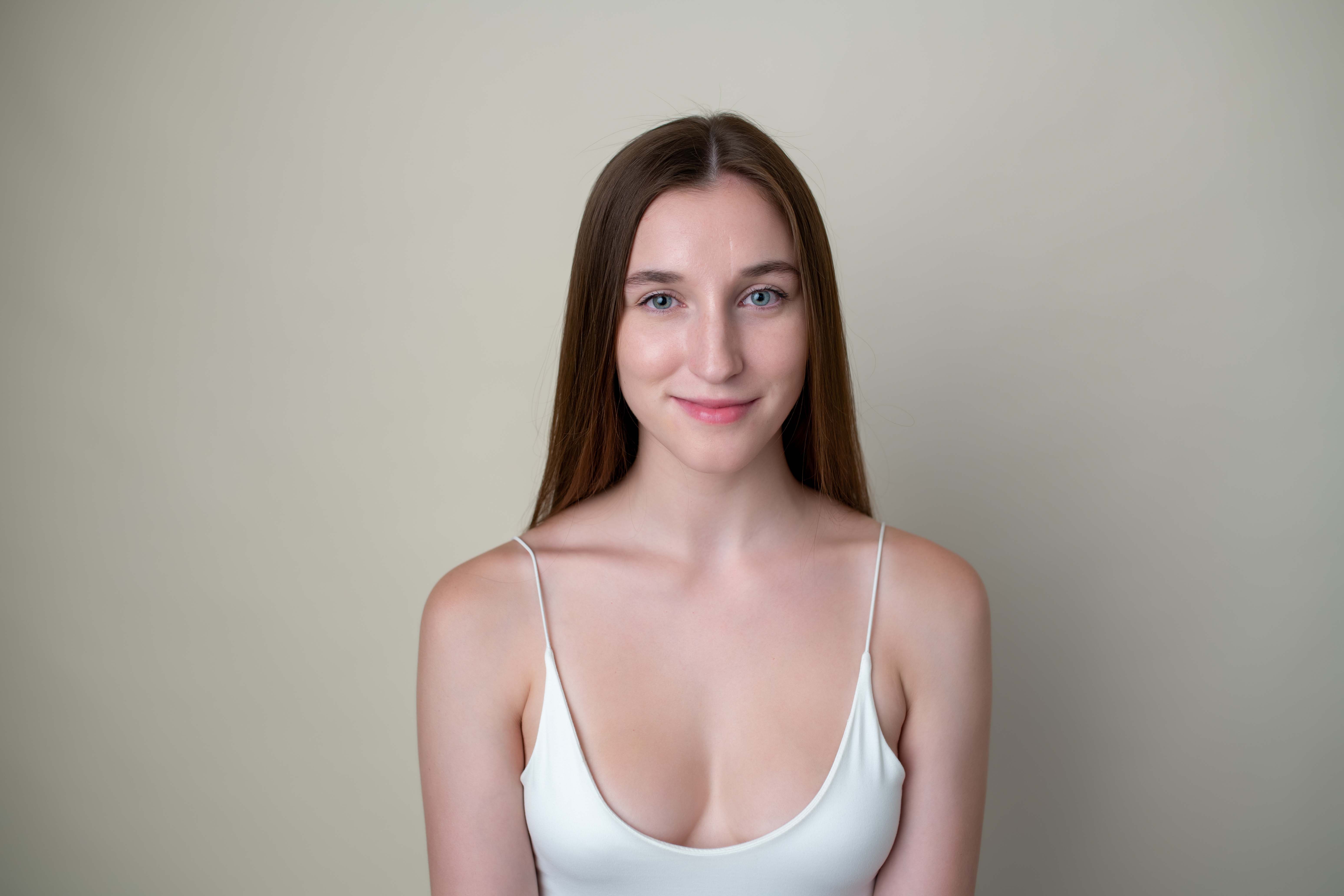 Case Study: How DoggFace’s TikTok Benefited The Brand And The Band

Nathan Apodaca (a.k.a '420Doggface208' on TikTok) started a viral sensation this past September when he posted a video of himself skateboarding to work, drinking Ocean Spray Cran-Raspberry, and singing to Fleetwood Mac’s most popular hit: 'Dreams.' After that, Ocean Spray and Fleetwood Mac saw a huge boost in profits as cranberry juice flew off the shelves and ‘Dreams’ shot back up on Billboard’s Top 10 streaming list.

You may be asking yourself, how did all of this happen and how can your brand take advantage of the power of TikTok? Look no further! In this blog, Hollywood Branded will dive into the timeline of how one man’s TikTok created an entire marketing opportunity for Ocean Spray and Fleetwood Mac.

The Power Of TikTok For Brands

TikTok is growing to be one of the most lucrative marketing platforms for brands of all kinds. From fashion brands, to food companies, to small businesses, everyone has the opportunity to market on TikTok and reach an audience of millions of people.

According to sources, there are over 800 Million TikTok users, and 26.4 million of those users are in the United States. Of the total number of users, 41% of them are between the ages of 16 and 24, and a majority of them spend an average of 52 minutes on the app per day. In 2019, TikTok reported making 176 Million Dollars, which is an impressive number for such a young app.

Due to their increased success year-by-year, Ad Age named TikTok the #1 marketer of 2020. The magazine stated that, “despite unprecedented hurdles, top marketers were able to create opportunities for growth by smartly connecting to their audiences in different ways.”

This shows just how successful your marketing campaign could be on TikTok, especially if they claimed the number one marketing spot during a pandemic.

There are several ways to use TikTok as a marketing tool. First, you could enlist the help of TikTok influencers and content creators, using their following in your favor to gain new customers or increase sales. Second, you could create original content of your own, establishing a name and personality to go with your brand. Third, you could create viral challenges associated with your product or service, however, this is easier said than done. Lastly, you can use any of those three options as ads on TikTok by paying to have them show up on millions of user’s feeds.

So how did all of this get started? On September 25th, Nathan Apodaca posted a video on his TikTok under his username “420Doggface208.” On his way to work, Apodaca filmed himself skateboarding down the road in the early morning with a bottle of Ocean Spray’s Cran-Raspberry juice in hand.

In addition, he mouthed the words to Fleetwood Mac’s top single “Dreams” as the song played over the TikTok. Within the hour, Nathan’s TikTok had been seen by over 100,000 people, and weeks later that number had grown to 35 Million.

By October, several thousand other people had made their own version of Nathan’s TikTok, even down to the skateboarding. It wasn’t long after that, that Fleetwood Mac’s own drummer, Mick Fleetwood, had come across the original video.

On October 4th, Fleetwood posted his own rendition of the video, where he too sung the lyrics to his 1977 single. He captioned the video; “Doggface had it right, 'Dreams' and Cranberry just hits different.”

Only two days later, the CEO of Ocean Spray, Tom Hayes, posted his own video where he, too, was drinking Ocean Spray and singing to Dreams. By then, both Mick Fleetwood and Tom Hayes had redone the TikTok, Ocean Spray went ahead and edited together some of the other viral TikToks to create an ad campaign, advertising for both Ocean Spray and TikTok as a platform.

The end of the video featured TikTok’s logo with the verbiage; “Good Vibes. It Starts On TikTok.” The ad was posted on October 9th and currently lives on Ocean Spray’s TikTok along with other videos that the brand has created which show behind the scenes footage of their juice making process.

A few days later, on October 13th, Stevie Nicks added her own twist to the viral TikTok challenge. Her video shows her lacing up her beige roller skates, sitting next to a grand piano, and singing the lyrics to her song with a bottle of Cranberry juice on the floor next to her.

Today, the video has 72.7 Million views, 135,900 comments, 636,300 shares, and over 11 Million likes. Even in the land of TikTok, these numbers are impressive. Several other celebrities have also done their own re-creations of the viral TikTok, including Jimmy Fallon, Gordon Ramsey, and Dr. Phil. 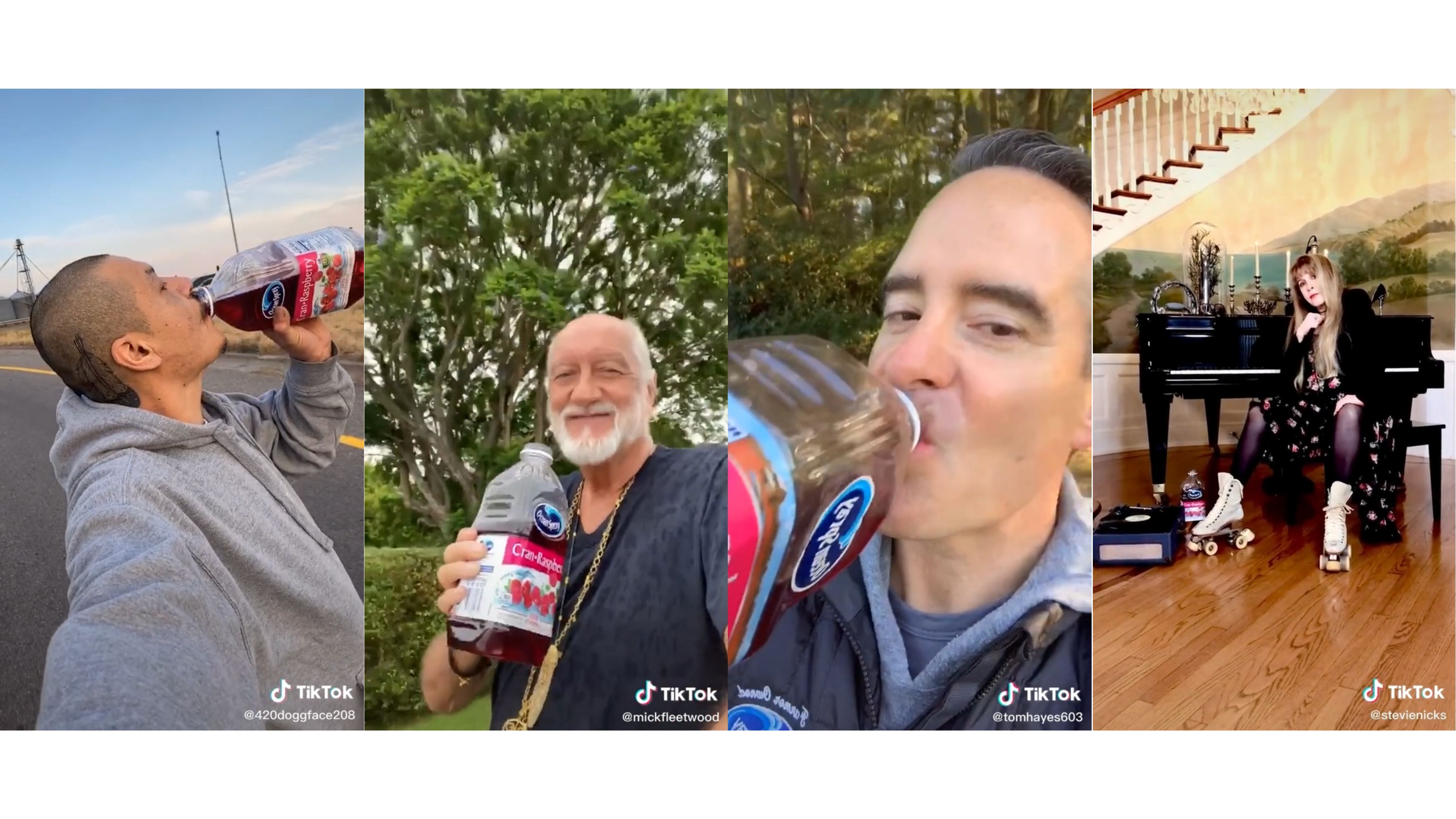 How All 3 Parties Benefited From The TikTok

To give some context, shortly after Nathan’s TikTok went viral, fans learned that he was skateboarding to work because his car battery had died. So, every morning Apodaca would longboard 2 miles down the road to the potato warehouse where he worked in Idaho.

Meanwhile, Ocean Spray’s Cranberry juice was flying off the shelves. For a couple of days, it was impossible to buy even a single bottle. Customers were resorting to Reddit to ask if it was a result of the viral TikTok, and, surely enough, it was.

To thank Apodaca for their sudden growth in sales, Ocean Spray gifted him a brand-new red Nissan Frontier truck and filled the bed with dozens of bottles of Cran-Raspberry juice. 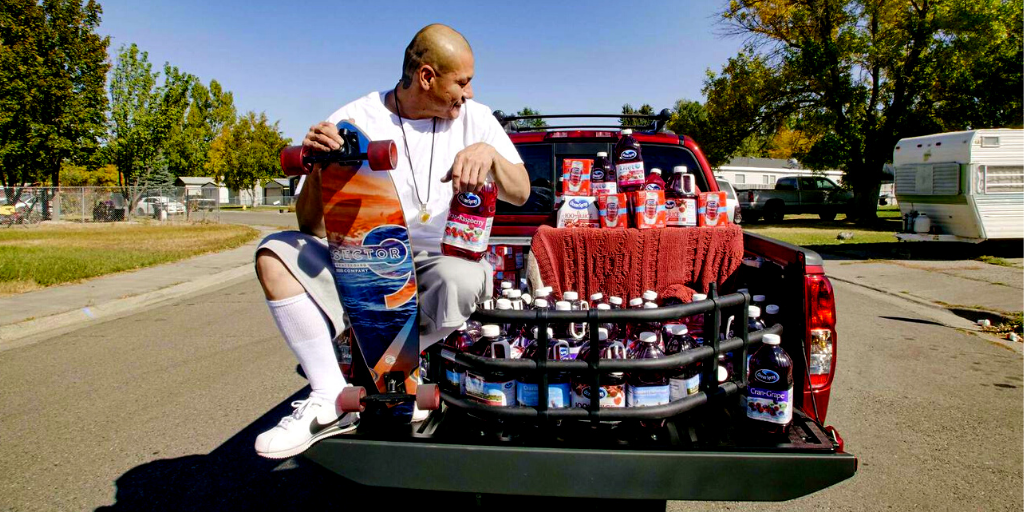 In addition to selling out their number one product, Doggface’s viral TikTok gave the 90-year-old juice company the ability to revamp their image. Tom Hayes plans to reinvent the brand in the near future and release new products like herbal teas and pet-friendly health drinks.

TikTok also started to benefit from the virality of Apodaca’s video. Not long after, they began to run the same ad which Ocean Spray had posted as a TV commercial. The ad ran on several prime-time channels and likely resulted in several new installations of the app. TikTok even published an article on their own website titled; “Doggface gives the world a smile with juice, a skateboard, and all the vibes.”

Fleetwood Mac even saw significant financial benefit following Apodaca’s video. As a direct result of Doggface’s viral video, Dreams shot back up on the charts, claiming the top 10 spot on Billboard’s streaming list. The band members made a lot of money from this and from their appearances on the TikTok commercial.

Lastly, Nathan Apodaca himself seems to have seen the biggest changes following the creation of his viral TikTok. According to an interview with KVTB News in Idaho, Nathan says he has made over $300,000 as of November 18th from ad campaigns and sponsorship deals. Apodaca was even featured on a commercial with Snoop Dog for Vivint Smart Home, a Utah based home security company.

Since making the video, Nathan Apodaca has proposed to his soon to be wife, purchased a home, traveled to Las Vegas and Los Angeles for appearances and business meetings, and been gifted an all-expenses paid honeymoon from Ocean Spray.

He now has his own merchandise line, has collaborated with skateboard companies like Lux Longboards, and has announced partnerships with other brands like ASOS and Fashion Nova.

Marketing Advice: What You Should Take Away From This

Several brands have already shown that these marketing strategies can make a difference for your business. One of the most unique and memorable campaigns was done by Elf Cosmetics.

In November of 2019, the makeup brand released a song associated with their brand titled “Eyes. Lips. Face (e.l.f),” by iLL Wayno & Holla FyeSixWun. The song was used by hundreds of thousands of people filming their makeup looks using Elf Cosmetics. Even Ellen Degeneres hopped on the trend and made a video of herself dressed in a wig and gown while singing to the song.

This is an example of a viral trend gone right for a brand, but it is extremely difficult to guarantee success doing something like this. If you are considering starting a TikTok trend, make sure you have a large following on TikTok, first, to ensure your trend will reach enough people.

Even food brands like Chipotle have used the platform to its full advantage. In 2019, Chipotle became one of the first restaurants to make an account. Almost as soon as they made their profile, they started a TikTok trending hashtag: #GuacDance on National Avocado day.

Over 430 Million videos were made using the hashtag, which resulted in Chipotle selling around 800,000 sides of Guac that day. If that doesn’t sound like success, I don’t know what does.

Different from a TikTok trend, Fashion Nova has started an influencer campaign on TikTok, recruiting several big celebrity names to be clothing ambassadors.

Social Media Marketing: The Benefits And How To Get Started

It is no secret that a smart and strategic marketing strategy will result in positive outcomes for your company, but how can you get started?

First, you need to consider your audience and which social media platforms you should prioritize to reach that audience.

Second, consider hiring an agency to outsource some of the specialized technical work when it comes to working with influencers.

Third, make sure you track all of your social media impressions to decide if your campaigns are worth the money or not. If you aren't getting the result you need, talk with your team and pivot your social media strategy.

In the end, you should take pointers from companies like Ocean Spray. Pay close attention to what your fans and customers are saying about your brand on social media.

If you have a positive image; take advantage of it, if you have a negative image; you should work to create a positive presence online, especially if you don’t already have social media accounts. To learn more about marketing strategies on TikTok and influencer partnerships, check out some of our agency’s other blogs: