How Crypto Currency is Shaping the Film Industry

The film industry is a landscape known for innovation and adaptivity. Although the industry is barely a century old, film production and distribution techniques have changed drastically over the decades. From the introduction of sound in the early 1900s, to the advent of color pictures, all the way to the Golden Age of Hollywood and today’s mind-boggling CGI effects, the film industry has known advancement.

While the world of film is no stranger to change, there is one area that hasn’t transformed much in recent decades. If filmmakers can’t get their big idea backed by one of Hollywood’s major studios, it can be unbelievably difficult to get an independent film to major markets. It is no surprise that the biggest road blocks in the lifecycle of a film is its financing. Throughout the years, it is this factor that has remained relatively unaltered by the major advancements of the industry, that is, until now. In this blog, Hollywood Branded discusses the major changes crypto currency is introducing to the film industry.

It Can Be Rough Out There

Independent filmmakers have no easy task. Generally indie films have a narrow amount of financing options available to them when funding a movie. While grants are available to some, the competition is fierce, and opportunities are few and far between.

What many consumers do not understand is the sheer amount of dollars that go into the production of major motion pictures. While one may hear a film’s budget is in millions and think to themselves “now that’s some star power," what they don’t realize is a film with a budget of five million dollars is undoubtedly viewed as a small effort in comparison to many major theatrical productions. A daunting example of which is the 356-million-dollar budget that financed Marvel’s Endgame. 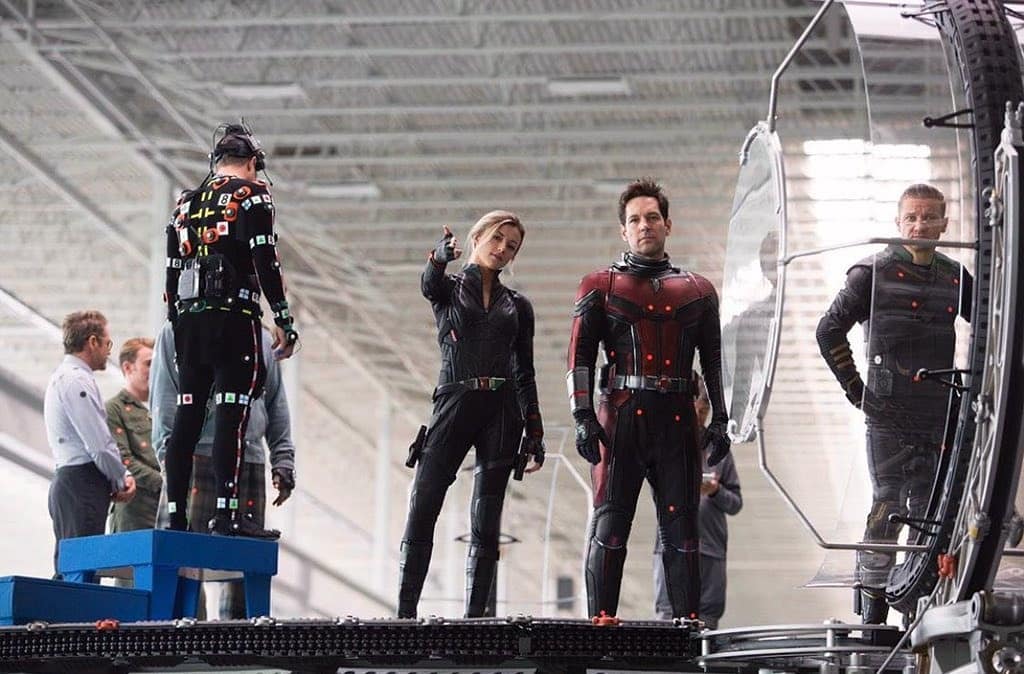 Additionally, there are options for certain type of debt financing. While this may seem appealing, it does put filmmakers at great risk if the film does not perform as hoped. It is for similar reasons that private investors often don’t concern themselves with film financing unless they have further incentive.

One of the newest and most popular forms of film financing is crowdfunding, much thanks to the advent of online platforms such as Kickstarter. While these methods have been successful in evoking the voices of fans and potential viewers, their ability to raise certain levels of funding is limit when considering the platform’s reach and ability to offer valuable incentive to investors. With the unpredictable nature of the film industry, there is rarely any professional guarantee that a film with be released on schedule or on-budget. But crowd-funding takes on an entirely different meaning and promise when it is backed by blockchain and digital assets become part of the equation.

NFTs on the Brain

These days it seems all people can talk about are NFTs. Countless digital artists have sold NFT collections in the tens of millions of dollars, with artist such as Beeple whose collection sold at a value of nearly $70 million last spring. The fascinating part of this story is not the fact that digital art sold for such a ridiculous amount. Rather, it is the fact that the value of the art lies in its scarcity, promised by the blockchain. Without the NFT insuring the art, it’s just another digital file that anyone can copy, paste and otherwise replicate. And like a tale as old as time, it’s the NFT’s scarcity and inability to be duplicated that assure it’s value. 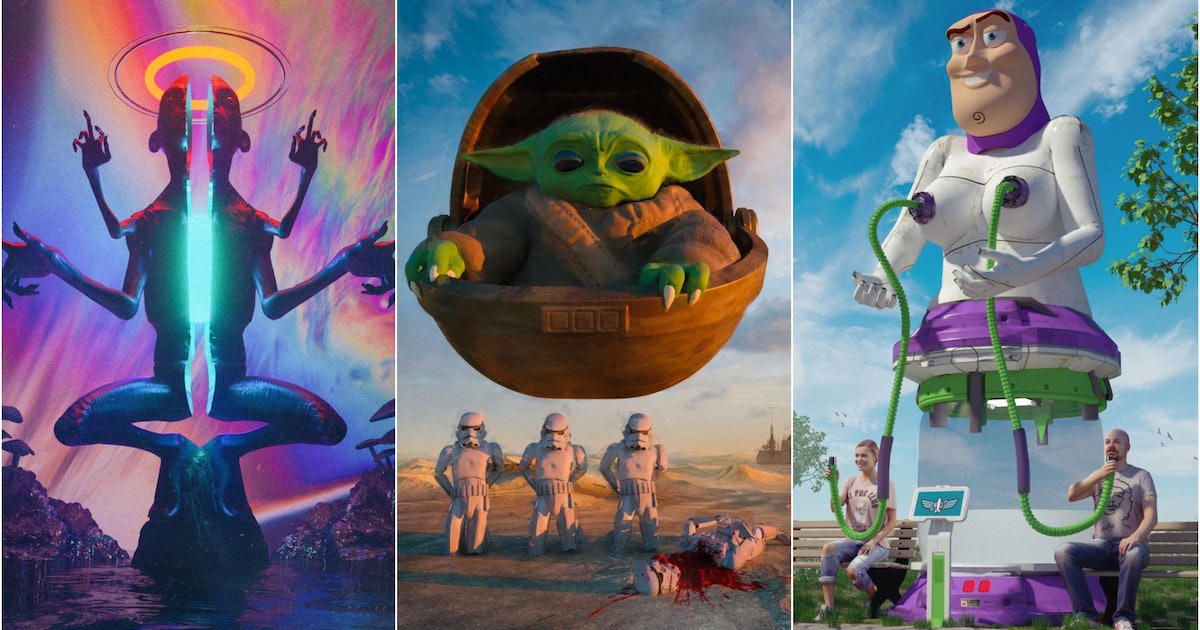 If you are an indie film maker, the advent of crowdfunding through the blockchain is a game changer. Many previous Kickstarter campaigns would offer investment incentives in the forms of digital rewards such as movie posters artwork or behind the scenes content. Yet, this type of digital content does not offer the degree of scarcity that assign it value.

While the owner may get a sweet, exclusive MP4 clip that they can view on their phone and awe friends and family with, they don’t own that moment and therefore, cannot sell or trade it. It is no longer an asset but a memory— a souvenir.

Distributing what were once “souvenirs” as NFTs, and establishing a assured, reliable and liquid avenue for digital assets, like those that exist in physical movie merch, is expected to provide moviemakers a lucrative stream of revenue, while also allowing fans to own a piece of intellectual property that’s a piece of the film. Not only does this establish more incentive for investment, but it encourages a more meaningful and symbiotic relationship between filmmaker and consumer.

Now Fans Have A Say

Some of your favorite movies have used token-based polling systems to finance their cost and gauge crowd sentiment. It's simple but effective. Not only in engaging fans, but also in estimating performance once the film hits theaters. Crowd favorites such as Marvel’s Deadpool starring Ryan Reynolds and Sonic the Hedgehog starring comedian Ben Schwartz really only made it to the big screen due to the undying efforts of fans. It was polling from online token-based sites that brought these heroic comedies to life. 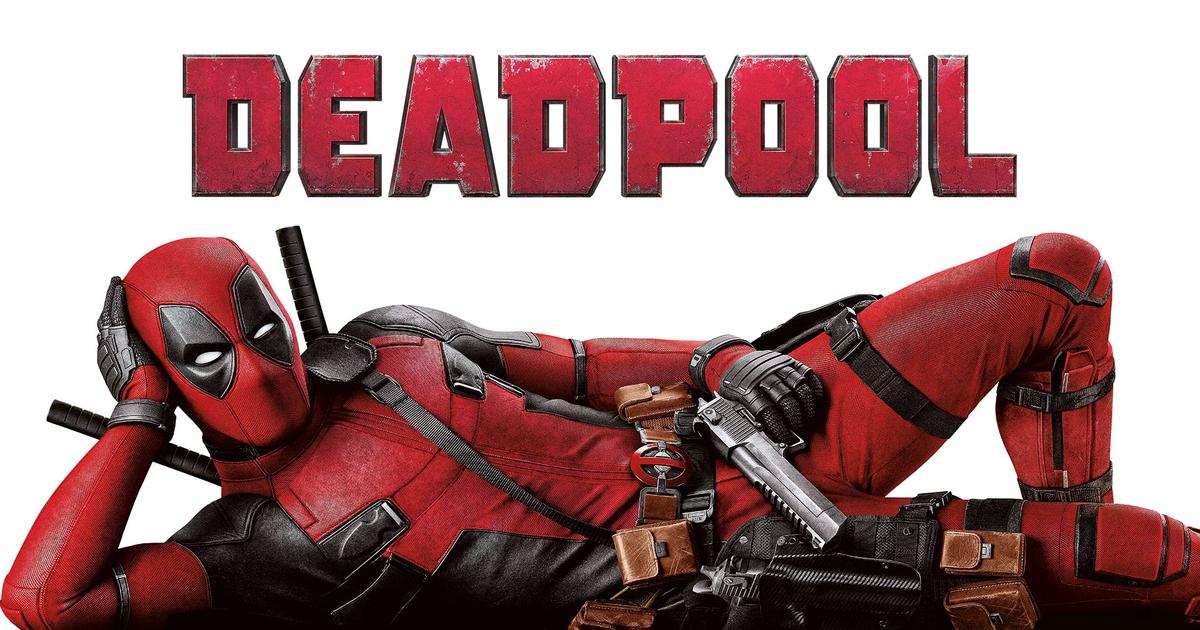 In fact, fan pressure led to Ryan Reynolds being cast as Deadpool's hero Wade Wilson. Throughout the brainstorming and casting, development period of the film, Ryan Reynolds made a dedicated effort. This was due to Reynold’s efforts engaging with fans and winning them over with his activities online and during the casting process, when the studio had expressed interest in casting other entirely different candidates.

Film Financing, Looking To the Future

When looking at the changing landscape of the film and production financing, Crypto currency especially in the form of NFTs, has most definitely begun to disrupt seemingly archaic traditions. No longer are films and productions reliant only on dated forms of crowd-sourcing and grant-based funding in order to get their ideas off the ground.

Not only are we seeing this in the world of film but we are also seeing this across the music industry. Record labels such as "Good Karma Records" are hitting the scene with hopes of reinventing the way music campaigns and upcoming artists receive dollars and funding. Similar to that discussed above, Good Karma Records was founded on the principle that fans should have a say in the career paths of their favorite artists. Similar to the token-based voting systems that got Deadpool and Sonic the Hedgehog to the big screen, Good Karma Records allows fans to purchase blockchain-backed NFTs to back their favorite artists and fund their tours and campaign efforts.

With many different aspects of the entertainment industry experimenting with crypto-backed financing, the industry is making a departure from its old ways. The blockchain has the potential to transform the way smaller productions receive funding, the value consumers have when engaging in financing and the ability for fans to have their voices heard.

Learn More On The World Of Film Production And Crypto Currency

Want to learn more about the world of film production and financing? Be sure to check out other blogs that Hollywood Branded has written about creators!

Think you've got what it takes to be a wave-maker in the entertainment industry? Learn all there is to know about influencer marketing through Hollywood Branded's very own Influencer Marketing School!