How Digital Influencers Are Breaking Into Hollywood

Productions are always turning to fresh faces and new talent for films in order to attract a young demographic and turn rising talent into Hollywood icons.With the rise of social media, many productions are turning to "social media stars" to find people that are already adored by a major demographic movie makers are targeting.  By using someone they know who is already adored by the social media sphere, movie makers are making a safer bet than plucking an unknown potential star from an open casting call.

More and more we are seeing productions turn to social media celebrities for upcoming projects.  While in the recent past these social influencers have only had small cameos or supporting roles, we are starting to see them taking the main spotlight, in a practice that is undoubtably going to grow. Hollywood Branded takes a look at the new trend of using digital influencers in mainstream Hollywood blockbusters 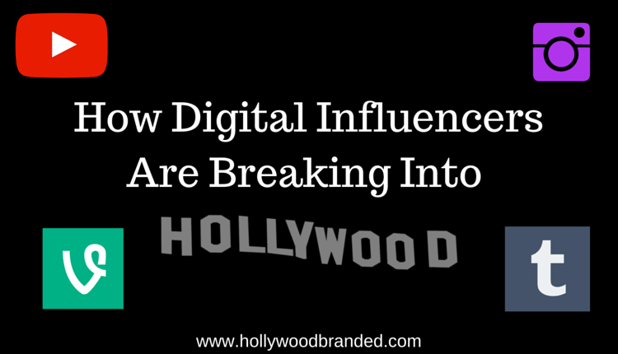 Vine Stars Making Their Way Off The Phone Screen

Vine is a social media platform that gained a lot of traction very quickly and became an instant hit for brands looking to use influencer marketing. And while the app itself may have plateaued, the celebrities it created are reaching for - and getting - bigger and better opportunities.

If you caught the summer Zac Efron flick We Are Your Friends, you may have spotted YouTube and Vine aficionado Brittany Furlan. She wasn't a starring role, but she was definitely recognizable onscreen. This, with the pairing of her appearances as herself on shows like The Mysteries of Laura and America's Next Top Model have made her more recognizable in the entertainment sphere. 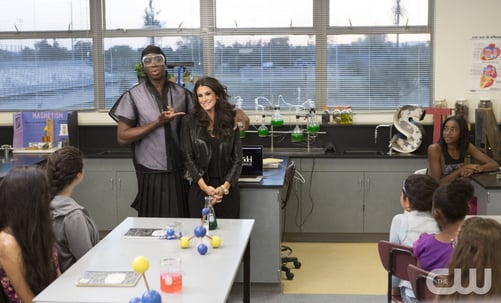 Another digital influencer who shared the spotlight with big names this year was Andrew Bachelor, better known by his online pseudonym King Bach. King Bach was also featured in We Are Your Friends as well as Fifty Shades Of Black and will be in the upcoming The Purge satire titled We Are The Blacks.

It's clear these social media stars aren't going to stop on the small screen of your smartphone. Producers and casting directors know what makes for a good onscreen personality and these videos that get millions of views are their own audition videos.

The Why Behind The Reason

So why these guys? Why are movie studios embracing the social media influencer as a star in their own right?  Because they come with millions to tens of millions of engaged fans.  Part of the contract deals with these social influencers is that they have to do what today's traditional celebrity doesn't - self promote.  That means the film already has a social influencer plan in place from day one.

Brands have the ability to be seamlessly integrated into this content - and know they are going to be in front of a an millennial strong force.  The power comes from beyond just straight product placement deals to leveraged celebrity endorsements - where both the influencer AND the production company are together engaged by the brand.  Financially of course, but also through promotional partnership extensions and co-branded media (inclusive of social). Extension options will exist from behind the scenes photo opps and wrap parties to full blown retail campaigns.  Even film festival circuit screening and premiere party sponsorship all of sudden has more powerful clout, with built in social support by the influencer.

The Next Level Beyond The Mobile Screen

Now, digital influencers are taking it to the next level. You-Tube stars have begun trying their hand at making their own feature-films. Although the domain remains mostly online, that doesn't mean the films aren't successful - in fact many of them have found tremendous success.

YouTube channel Smosh packed out Westwood Theatre in Los Angeles with the premiere of their film Smosh: The Movie and Lilly Singh had similar success at the famous TCL Chinese Theatre with her documentary A Trip To Unicorn Island. 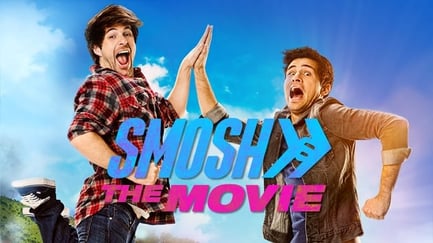 Stars like Logan Paul are working on projects with other social media influencers to take on projects that are bigger than just Vine. We recently worked with a production called The Thinning that he will be starring in set to be released this year.

Keep an eye out for these digital influencers making waves in Hollywood - we may be looking at a new trend of celebrity, one that is much more accessible than classic movie stars just based on the nature of their fame.  And also... more affordable for brand partnerships with product placement.

Television and movies are propelling social media stars to new heights, bridging the gap between entertainment platforms as well as generations. Brands that get involved on the ground level have a phenomenal opportunity to leverage the power of these social media influencers to a millennial audience.