How Hollywood Celebrities Are Used For Global Endorsements

You know a celebrity has made it to the top if they are well known in Los Angeles or New York.  But these Hollywood celebrities aren’t just famous in the United States – they are recognizable to a massive scale around the world.  And in fact, many of these celebrities make a lot of money endorsing an international brand that targets both the US and foreign audience.

Celebrities who are known globally range from A-listers to reality TV stars in such shows as X Factor, Big Brother, or Master Chef. They also include social influencers, individual personalities who have made names for themselves on social media sharing sites such as Instagram and YouTube. In this blog, Hollywood Branded looks at how international countries view the Hollywood celebrity and shares some of the top brand celebrity endorsements around the world.

The Power Of Celebrity Authenticity

Brands recognize the potential and the power of celebrities, and employ them to add their star power to companies’ products and services. As famous people are instantly recognizable and attract consumer interest, they can bring attention to a brand in a way that no other type of advertising can. As long as the celebrity is authentic, he or she can help provide credibility to a brand and influence the consumers’ buying habits.

The Most Powerful Global Celebrities

Forbes' Celebrity 100 list for 2017 included. With the World Cup qualifiers, it makes sense to see so many soccer athletes too.

According to Forbes’ Celebrity 100 list, twenty of the most powerful global celebrities back in 2016 included the below. It's interesting to see who stayed and who left the list.

A Look At The International Landscape

Asia has recognized the advantages of celebrities as influencers for a while now, and in both South Korea and Japan, about 70% of commercials now feature a celebrity. In South Korea, entertainment companies work closely with the advertising industry to build campaigns the truly resonate with their consumer. Hundreds of “K-pop” stars are not only trained from a young age for live performances, but also to endorse products and promote corporate brands.

China and India don’t fall much behind their neighbors and have also come to the realization that celebrities can impact the market significantly. China has historically put its trust in leaders and elders for guidance. However, with its’ political shifts and burgeoning economic development , it is now celebrities rather than military heroes who symbolize knowledge and trust in the eyes of Chinese consumers. India has learned to channel its well-known Bollywood celebrities, such as actor Aamir Khan, and singer Aishwarya Rai, as highly paid influencers for local advertisement and promotion of brands. 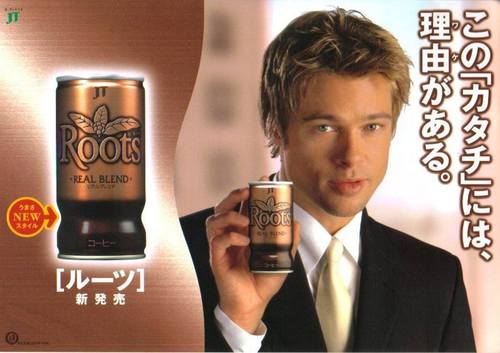 Celebrity Endorsements Around The World

Here are 10 international brands that have successfully been endorsed by Hollywood celebrities well known throughout the world. Baskin Robbin’s Korean line signed Drew Barrymore for a series of commercials, paying her $500k US for a one-year deal. Photographer Mario Testino created a vodka bottle as part of French brand Ciroc in tribute to Ben Stiller’s character Zoolander. Blue Steel Vodka line was distributed in a limited edition and handled in the U.S by Sean “Diddy” Combs. Kobe Bryant partnered with the German line of Mercedes-Benz smart cars for their commercial in China. Bryant retired from the NBA with estimated earnings of $680 million US from salary and endorsements made throughout his career When he was still Hollywood’s most wanted single man, George Clooney endorsed DNB Norwegian Bank in a commercial where he played a married man Former governor of California, Arnold Schwarzenegger, endorsed many Japanese products during the 1990s, such as this energy drink

Bringing Celebrity Power To Your Brand

Celebrities are one of the global powerhouses – and they can make a brand’s sales go sonic overnight with the right campaign elements to support the partnership.  These can include TVC’s (television commercials), print ads, radio and retail store displays – and nowadays, lots and lots of social media.

Before you spend another dollar on traditional advertising, consider how you can leverage the power of celebrities as part of your marketing campaigns. Our team has a class you can take if you have interest in learning more and taking more of a DIY approach to celebrity and influencer marketing.  Check out our course on celebrity and influencer marketing that provides you with a whole heap of information that will help ensure you are on top of your marketing game!