If you’re active on social media, you’ve surely seen disposable photos among the content you consume. With iPhone cameras that are practically professional, you may be wondering why disposable cameras are trending!

Reverting to old photography forms is nothing new. But the "why" is - and you'll be surprised to find out the reasons. In this blog, Hollywood Branded discusses how pop culture has contributed to the return of the disposable camera. 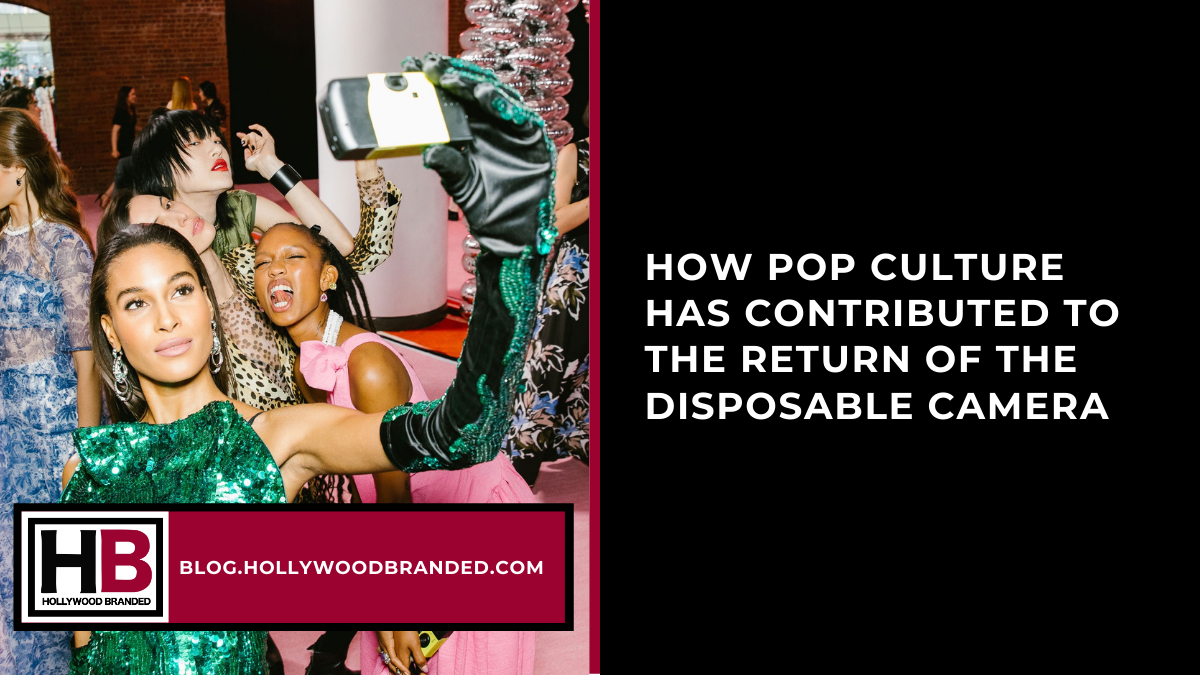 Reverting to old photography forms is nothing new. A couple years ago, polaroids returned to popularity, and Urban Outfitters carried the Fujifilm Instax Mini Cameras in every color. While polaroids are still on the scene, disposables are having a moment across the internet. The perfect combination of nostalgia and fun, these cameras also combat the pressure to be perfect among teens on Instagram and other platforms. Through its maturity, Instagram has become an app that strongly encourages curated perfectionism. According to The Social Dilemma, a recent Netflix documentary, a gigantic rise in depression and anxiety among American teenagers began between 2011 and 2013, right after the app’s introduction in 2010. The pressure to project a perfect image across posts increased as more users joined the app. In order to capture the perfect post, many teens fill their camera rolls in an effort to get one or two pictures that they deem “Instagrammable.” On the other hand, with disposable cameras, you get what you get, and that’s that. The old camera is one solution to Instagram’s perfection pressure.

“Finsta”: Out With Fake Insta, In With The Film Insta

Celebrities have added another layer to the disposable craze. Frank Ocean created a buzz when he shot the 2017 Met Gala with a film camera, giving fans a unique glimpse into the uber-exclusive event. Later on, Timothée Chalamet brought a disposable camera to the Oscars and the Vanity Fair After Party in 2020. Additionally, notable names like Gigi Hadid (@gisposable) and Tana Mongeau (@tanatookthese) have had separate Instagram accounts devoted to their disposables for a while now, but they aren’t the only ones. If you search #disposable on Instagram, you will find tens of thousands of posts and accounts dedicated to disposable photos.

Another major player in the disposable world is David Dobrik. His main Instagram, @DavidDobrik, has over 13 million followers, meaning pretty much anything he promotes becomes a hit. His finsta (film insta), @davidsdisposable, alone has close to 3 million followers. Because of his account’s popularity and his business savvy attitude, Dobrik decided to take it a step further, creating a social media platform for fans to use for taking and sharing virtual disposables of their own. 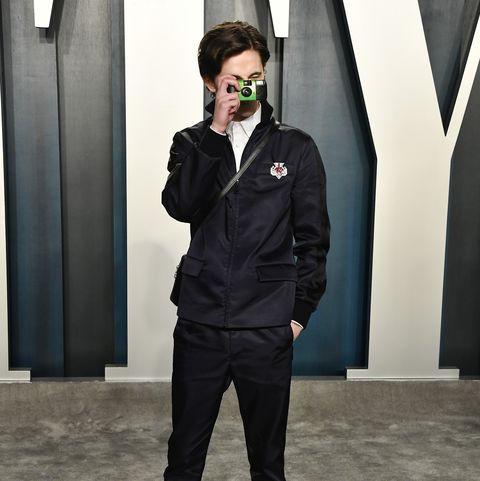 Dispo, formerly known as David’s Disposables, took virtual disposables to the next level by adapting another aspect of the physical disposable camera. Similar to the physical camera, the Dispo app only gives photographers a small viewfinder to line up their shot. Anther twist is that you have to wait to see the photos until the following day at 9:00 AM. Users get the same experience and thrill of waiting for their photos without the waiting and the work of getting them developed. When the photos are “developed” and available for viewing, users are able to share them in virtual “rolls.” App enjoyers are able to connect with others and share photos between friends. The app was recently rebranded and is now known as Dispo, in an effort to distance themselves from David and his latest controversy. With or without Dobrik, the app has largely contributed to the trend.

While Dispo took virtual disposables to the social platform level, it’s not the only app that contributed to the trend. Huji came onto the scene a few years ago, filtering photos and even adding a watermark that dated photos from decades earlier. Disposable cameras are great because of their one-take nature, but it can be frustrating (and expensive!) to wait weeks for your photos to develop. These apps have changed the disposable game and allowed users to achieve the style of disposable photos without the hassle of getting them developed.

You know something is a big deal if it makes it on TikTok. A recent trend on the popular video content app was completely centered around the age-old camera. Videos aligning with the trend begin by showing your disposable camera (whether it be Kodak or Fujifilm) and then zooming in on the lens to transition into showing your latest batch of film photos. The collection of photos are shown with an upbeat song in the background, usually “You Know It” by Colony House. As TikTok usually does, the trend has cultivated a community out of the trend. This group of individuals all enjoy sharing film photos and exchanging tips and tricks on how to get your photos looking their best. 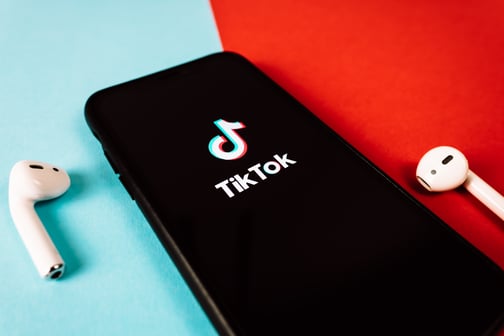 Want To Go Further Than Film?

If you're interested in what's trending, check out some of our other blogs that cover celebrity endorsements, licensing deals, and more...

Want to stay up to date on what's happening in Hollywood? We've got you covered. Click below to sign up for Hollywood Branded's HOT IN HOLLYWOOD partnership updates.