The Appeal Of TikTok's D’Amelio Family To Brands

How The Small Town Family Became Big Time in Hollywood

There is no doubt that Charli D’Amelio is on her way to becoming one of the biggest celebrities. Gaining popularity from TikTok, a relatively new platform, there is always uncertainty when it comes to brand partnerships. With Charli’s consistency and high audience engagement, any brand would be lucky to partner with her.

Not only has she excelled in her own individual fame, Charli D'Amelio has brought her entire family into the spotlight. The D’Amelio family have branched out in making all different kinds of content and have worked with countless brands. In this blog, Hollywood Branded explores how Charli D’Amelio and her family rose to fame and their appeal to brands within and outside of TikTok.

The Rise of Charli D'Amelio

Charli D’Amelio went from being a high school sophomore in Connecticut to an internet sensation in only a few days! Her fame has all been credited to her TikTok account that gained millions of followers in her first week, which had been unheard of before. The first video of Charli’s to go viral was a duet with user @move_with_joy and she has been exponentially gaining followers ever since.

Charli soon moved out to LA to live with other TikTok stars and gained even more attention from the public. Because of TikTok, Charli D’Amelio has had an extremely fast paced rise to fame. The 16-year-old girl started off on the app posting videos of her dancing which drew the attention of millions. She is a leader in all TikTok trends and currently has over 116 million followers, which makes her the most followed person on the app. Not only does she have an abundance of followers, but she has very high engagement with an average of 100,000 comments per TikTok. Her fan base has followed her over to her other social media platforms as well. She has over 42.1 million Instagram followers and has expanded to YouTube as well where she has 9.5 million followers. With a fan base of this size there is no question to why any brand would love to work with her!

Why Should Brands Partner With Charli?

Charli is a dream for brand partnerships because of her youth and extensive reach on all social media platforms. She is able to appeal to her young audience with brand partnerships such as Hollister and she even created her own youthful makeup collection with Morphe makeup. She will also soon be a voice actress in an animated movie. Charli was offered to be in the Sabra Hummus Super Bowl commercial this year amongst other household name A-list celebrities. That was the first time a TikTok star had been featured in a Super Bowl ad! She has also showcased her mature and high-fashion side when she joined Prada in fashion week. She documented it on her TikTok, which was a great way to let the public in on such an exclusive event. Charli has done a lot outside of the world of TikTok. She has been on Jimmy Fallon, created her own clothing merchandise, and partnered with Dunkin' for an ad campaign which included her own coffee drink. Charli has been very smart to remain distant from a lot of the drama that comes with other famous TikTok stars. She focuses on growing her brand and showcasing her family life.

TikTok has quickly become the most popular social media app since its launch in 2016 with over 500 million active users. Charli being the most followed person on the app makes her extremely desirable for brand partnerships. Not only is it the best place to directly interact with Gen Z, but there are many other demographics using the app as well. Because of the use of short-form videos, it does not take a lot of someone’s attention to watch a quick 15-60 second advertised post on TikTok. If the platform grows more every day, then Charli’s viewership should continue to rise consistently. 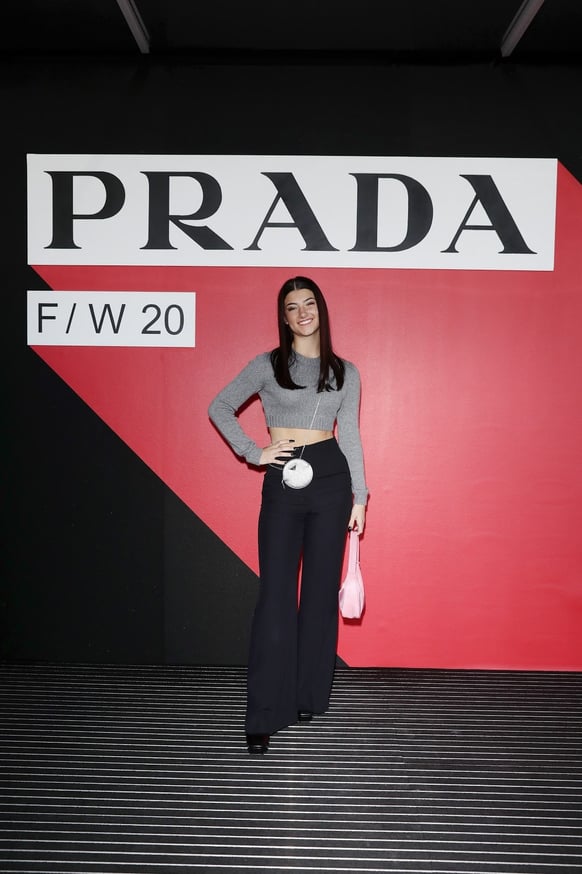 The D’Amelio family have all become internet sensations within the past year, and now, Brands are able to incorporate her older sister, Dixie, as well which further extends their audience reach. Since both girls are young teenagers, there is so much potential for long-term partnerships because they will be able to grow with the brands they work with and continue working with them. The D’Amelio family now share a family TikTok account where they post many relatable and silly home videos together. They portray themselves as very down to earth and personable which has helped them grow their fan base as opposed to only showcasing their fame.

Charli and her family have also been good role models during the coronavirus pandemic. While many other TikTok stars found themselves getting cancelled for not wearing masks and going on luxurious vacations, the D’Amelios (for the most part) have done the opposite. It is evident from their social media posts that they spend a lot of time in their home. When the family collaborates with friends on TikTok, good friends are most often visiting the D’Amelios house instead of meeting in large groups in public. When they are leaving their home they have been following government recommendations which is another appeal for brand partnerships. They have also all been supporting the Black Lives Matter movement on their social media in order to use their platform to raise awareness for this and many other important causes.

Charli and her family appeal to brands so much because they keep their content PG and are able to relate to many different age groups. They all do a great job at responding to their fan base in order to foster strong relationships, which is crucial when partnering with brands. Consumers are much more likely to be influenced by someone they feel like they have a relationship with. The family has also done a good job at not sticking to any niche market. Charli and Dixie have become involved with many other endeavors outside of TikTok. They have become the new faces for Hollister clothing, they have experimented in the makeup industry with their Morphe 2 collection, the girls created their own line with Orosa nail polish company, and just announced their podcast together. 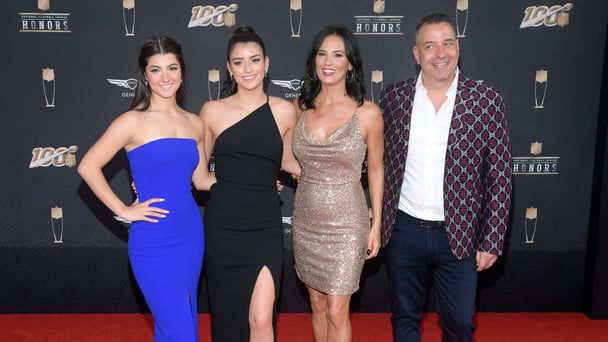 Unlike the Kardashians or Jenners, the children of the D'amelios still have a bit of a growing-up to do. That being said, similar as to earlier seasons of "Keeping Up With The Kardashians," viewers will get to watch this family rise into adulthood and fame, and of course, by watching them grow, many audience members will develop a strong, attachment to this family.

The D'Amelio Family Is Here To Stay!

With all of their upcoming projects and partnerships, the D’Amelio family will surely be able to uphold their celebrity status. As mentioned previously, the family has expanded their horizons outside of TikTok and are on their way to becoming a household name across the world. Their popularity will only continue to grow and they have so much potential, individually, and as a family. The D’Amelio family is only one example of normal people becoming big celebrities from their TikTok presence. With TikTok only increasing in popularity, there will be many more to follow in the D’Amelio‘s successful footsteps. It is important for brands to recognize these TikTok stars and utilize their platforms since it is undoubtedly the most popular social media platform at the moment. If you want to follow along in Charli’s footsteps, here are quite a few things that you can do to follow in her success. The first thing is to be consistent with posting content, this goes for any social media platform but especially TikTok. Post videos on TikTok often and follow popular trends to gain followers. Using popular hashtags and hashtags relating to your content will help get it on more peoples For You page. Once you build a following, be constantly engaging with your followers in order to create strong relationships. Finally, be patient and have fun! These steps won’t work overnight but that does not matter if you are having fun and sharing content you enjoy!

To learn more about Celebrity and Influencer Partnerships checkout these blogs: