The Comeback of The Radio Show

It may surprise many brand owners that podcasts have become such a pivotal marketing tool in what is a relatively short time frame. Though now it is hardly a marketing secret to suggest that brands should be investing in the medium.

Turn on any podcast and you can hear brands ranging in all sizes from local mom and pop businesses to the likes of Target and Walmart. In this blog post, Hollywood Branded examines the opportunities for brands to implement podcast advertising to increase sales and brand recognition. 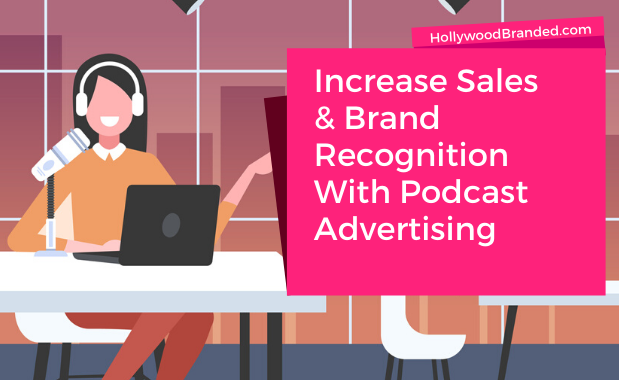 A Little Background On Podcasting

Podcasting has existed as a medium and form of expression since the early 2000s (specifically dating back to its creation in 2004) though it existed in a niche vacuum for about ten years, it began to slowly crawl into popularity in the early 2010s. In fact, it is because of its niche appeal that it began to grow at all. As anyone can independently produce their own podcast at home, it allows creators to use their show to discuss literally anything they so choose. This allows for the show to explore topics so specific that they wouldn't have received much attention in film and television simply because it would be too difficult to convince a network. 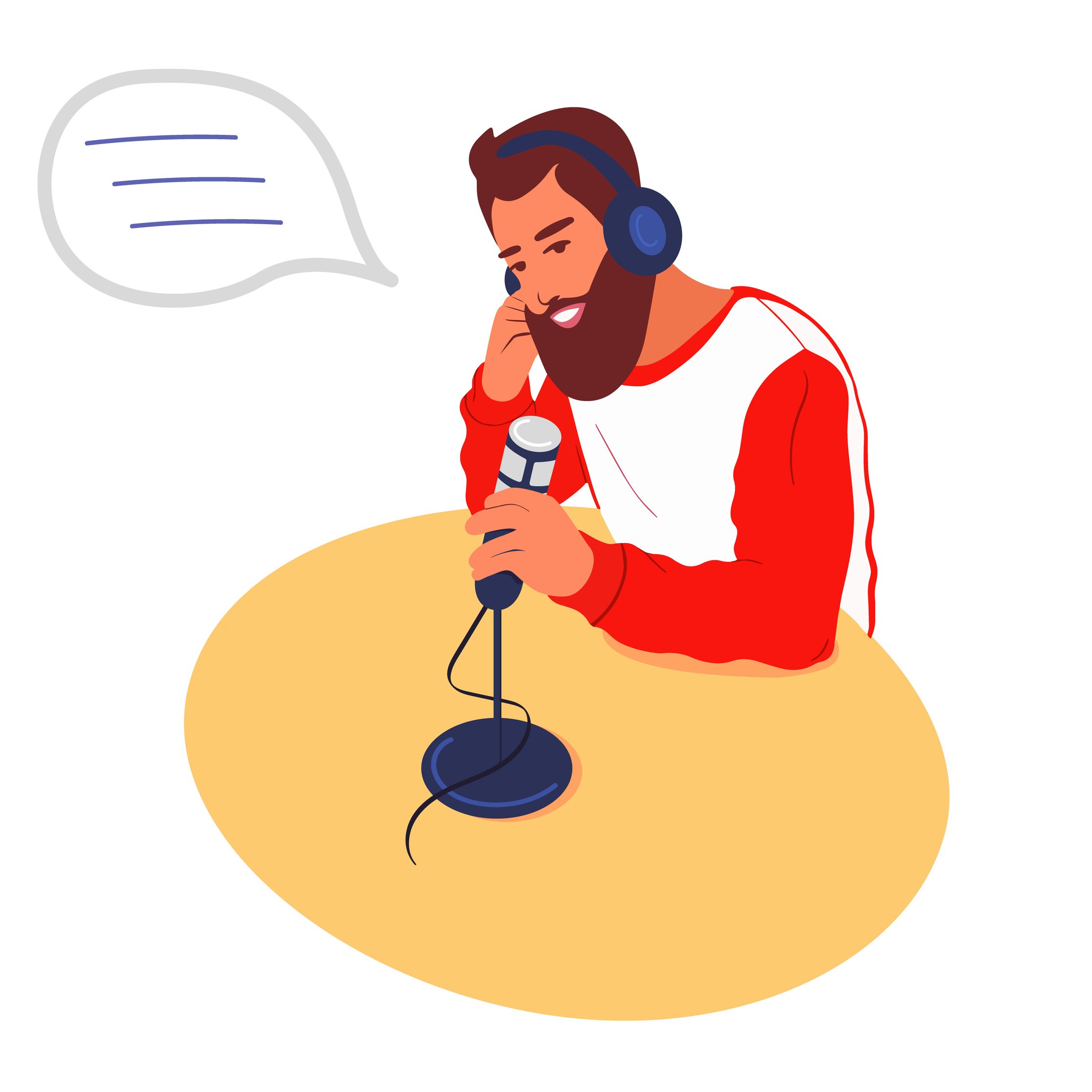 This is actually quite ironic, as many podcasts became so successful that the creators then became green-lit to produce a television show. One of my own personal favorite podcasts, "The Read", just launched their own television show on Fuse TV last autumn.The podcast, still active concurrently, has had many successful consistent ad campaigns for start up brands like Quip (one of my friends just bought one solely because of this podcast!) and NatureBox.com.

Perhaps the podcast that truly grabbed the world on a collective level was NPR's Serial, an investigative journalism podcast in which the first season was centered around the murder of high school student Hae Min Lee and the subsequent conviction of her ex-boyfriend, Adnan Syed.

Though NPR certainly hoped to have an engaged audience in what became a truly heartbreaking and fascinating true crime story, it never could have anticipated that it would become one of the most talked about stories of 2014. By the end of the year, the Serial podcast had become referenced in major publications like the New Yorker and even had comedic sketches based on it on outlets ranging from the popular website FunnyOrDie.com to the iconic tv show, Saturday Night Live. 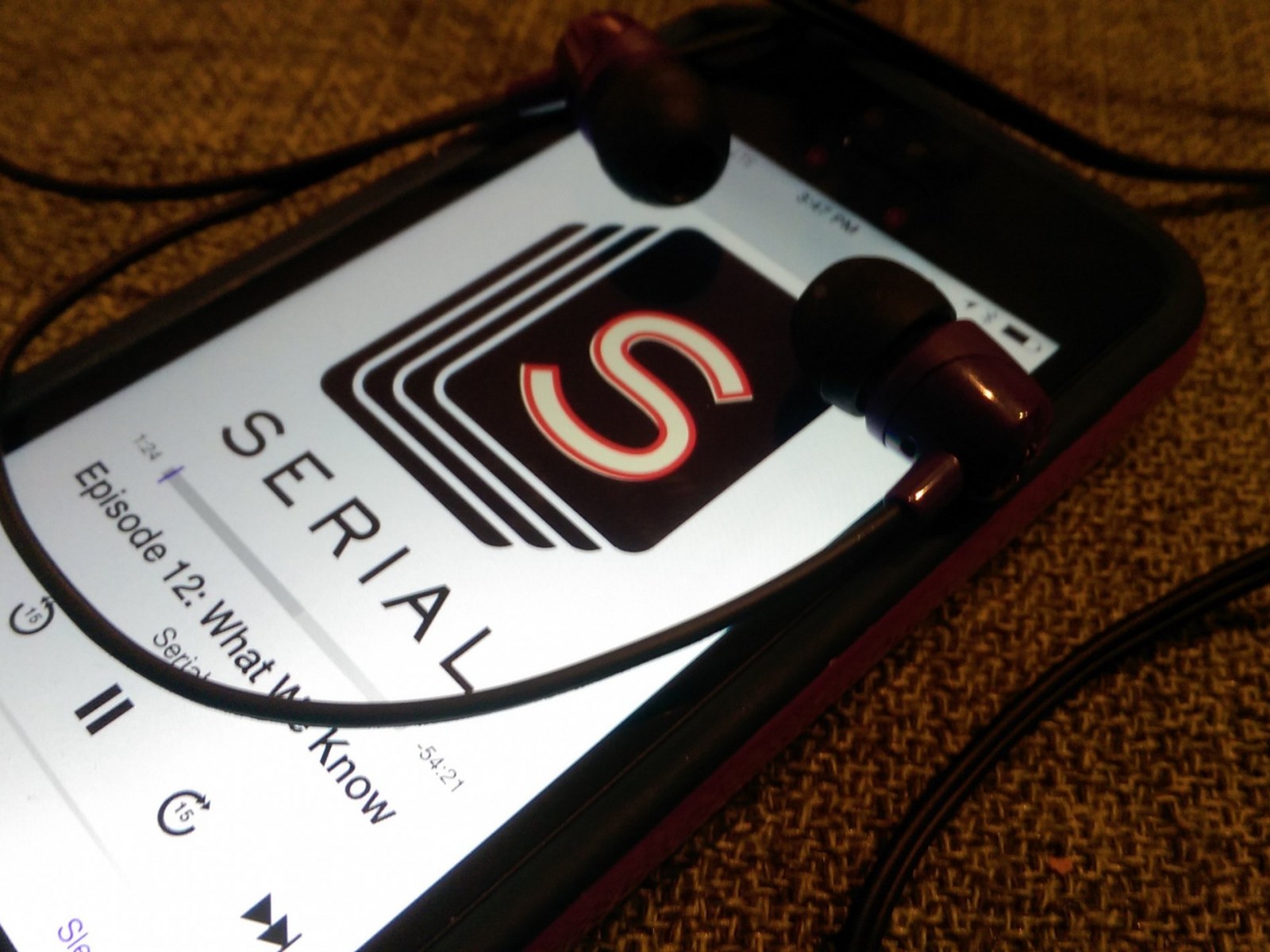 The biggest advertiser for Serial was the popular email marketing service, MailChimp. The brand ran an advertisement for their service that was placed at the very beginning and end of each episode. The podcast's overnight surge to popularity was as big a victory for the advertising brand as it was to the show itself. Millions of people became exposed to repetitive exposure of the advertising and before this, a brand could only hope to gain that level of recognition from a tv show.

It's important to note the significance of partnering with a podcast, as you truly never know to what heights it may grow and how that can elevate your brand along with it. As the ad played a sequence of people struggling to say the name MailChimp correctly, it became a running joke synonymous with the popularity of the show. This culminated to Sarah Koenig (the host of the show) appearing as a guest on The Late Show With Stephen Colbert. As he interviewed her about the podcast and the case of Hae Min Lee, he asked the last question “okay but now for the question on all of our minds... how DO you pronounce MailChimp?” And while this may sound like just a cute anecdote, on an advertising level it's much bigger than that. To get a call-out for your brand on a show of that caliber could cost a brand thousands of dollars. This wasn't just a minor feat - it was HUGE for MailChimp, a brand that grew so much it is now producing its own streaming content built into their platform.

Benefits of The Medium

Podcasting is in many ways a marketer's dream. The analytics that brands have access to are simply unmatched by that of film and television. While corporate brands of larger scale may only need to see data including the age, gender, and audience size, for smaller brands, it can get far more specific. For instance, if a brand produces a product or service that is in itself quite niche, they certainly wouldn't be able to afford to invest in advertising on a show with an audience that isn't interested what they offer, the risk of insignificant ROI can be too big to take the leap.

But conversely, it is the very niche level of interest in podcast topics that give advertisers the ability to find programming that not only is a perfect match for the service, but will have an audience that is receptive to it as well. Since literally anyone can make a podcast, you can find a podcast on almost any subject you can imagine. Rather than looking to invest in one popular podcast with a large following, a brand can instead invest in advertising across many smaller podcasts with closely related topics, to ensure that listeners of one interest will be exposed to your advertising repeatedly. 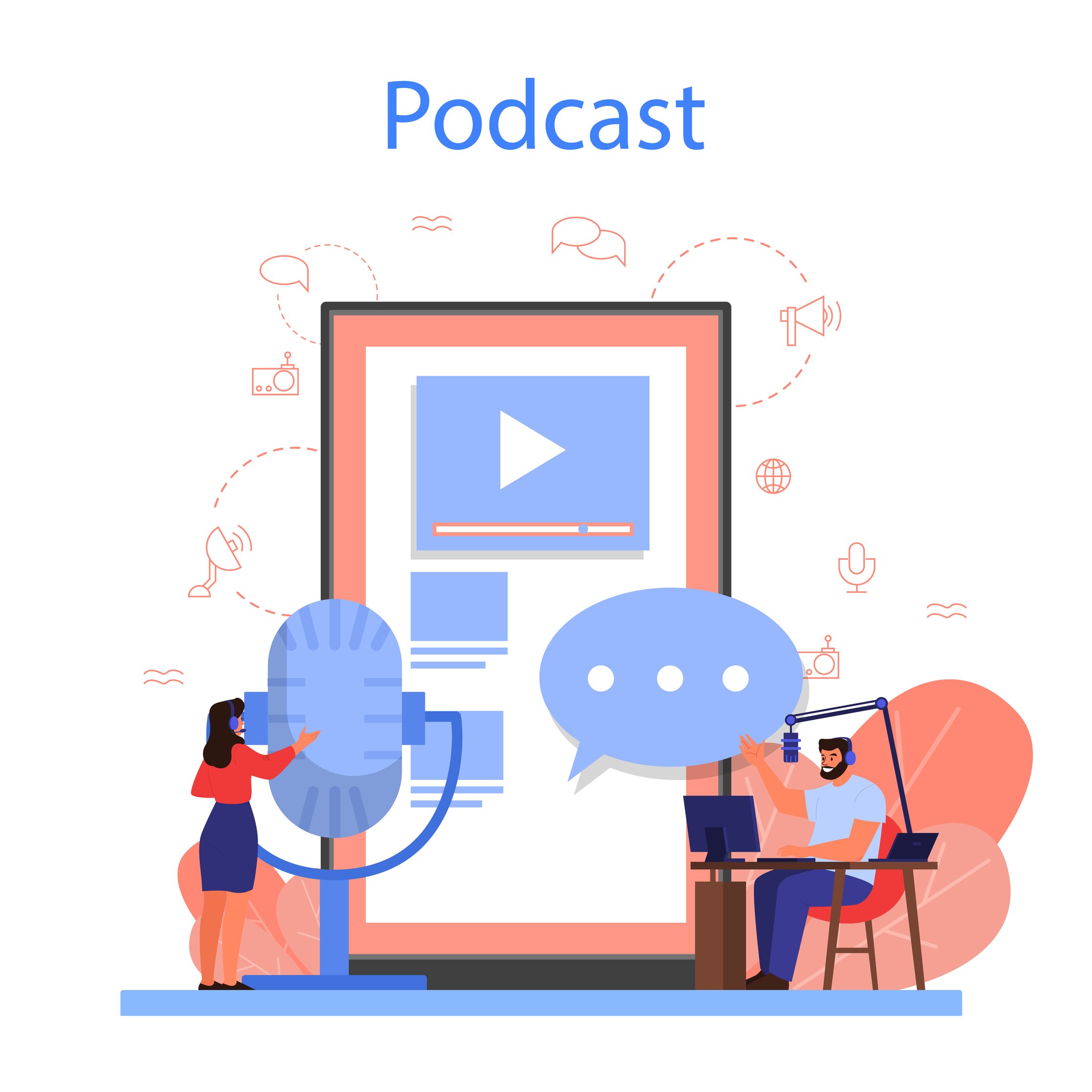 Another benefit to the medium is the fact that it's easy to build an organic relationship with podcasters. Some of the best brand endorsements on podcasts are when the host is already a fan of the product or service. It creates a more authentic endorsement when they're just stating their own opinion on the brand and basing a testimonial on their experience with it. For this reason, many brands will send the host the product to use so they have time to try it out and assess how they feel about it and can speak to it. The organic approach also helps because listeners to multiple ads for a brand but they're all curated to the tone of the show, it creates a more tailored experience with less advertising fatigue.

As a family man who was already a fan of his Chrysler, Dax Shepard was the perfect celebrity endorsement for Chrysler. Seamlessly finding ways to talk about the brand with his own passion for it, Shepard describes the Chrysler Pacifica as "the coolest van in the marketplace" and a "very sexy miniature van." It's more effective and compelling for his fans to describe his love for the car than to read an ad prepared for him in a more  formal language. In this way the endorsement becomes a natural part of the content and a win for everyone involved. 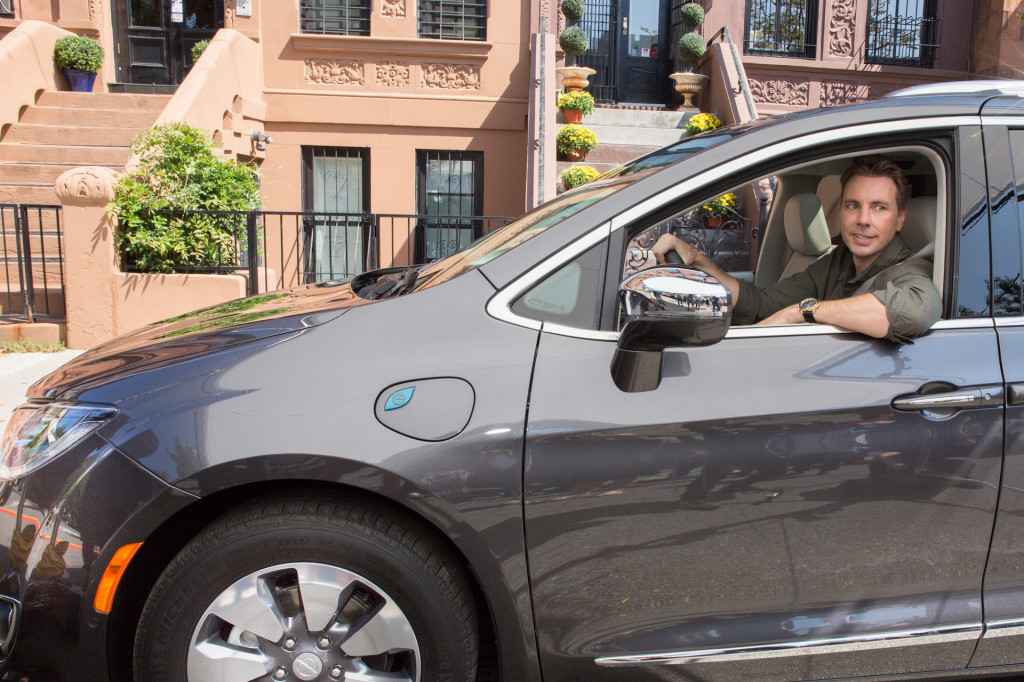 The logo design company DesignCrowd was actually able to learn more about their consumers who resonated best with their ad content and were surprised by what they found. In a recent interview, the brand's content marketing manager discussed how they initially thought podcasts about entrepreneurial endeavors would be the best fit, but that turned out not to be true. He explained, "podcasts that talk more about lifestyle and how to make the most of what you’re doing in business and in life in general [...] it seems like a lot of people who listen to those podcasts have an entrepreneurial way about them and who probably wouldn’t turn themselves entrepreneurs. But we see a lot of things like fitness instructors getting logos, and bakers and home cooks and people who really have their own brand that they want to improve, and wouldn’t necessarily think of it as a business more of a bit of branding, and they use us for their logos and leaflets, flyers and everything else they need."

Brands have been consistently surprised by what they've found in their efforts and A/B testing absolutely crucial to the process. You have to partner with different podcasts in order to determine what yields the growth you're striving for and if you don't partner with the right agency to help you with this, it could be an expensive investment. Make it count and have a strong game plan to build your brand advertising with content that speaks naturally and organically to its active audiences.

The podcast industry leader, Stitcher, commissioned Nielsen to conduct ad-effectiveness studies for eight national brands who placed ads on podcasts represented by the advertising network in 2018. They found that 118% of listening audiences were more likely to try a new flavor of a soft drink if recommended by their favorite podcaster. 61% of listeners exposed to a podcast ad said they were more likely to make a purchase!

Check out some other blog posts we have written on the ways that brands have been able to build meaningful relationships with brands.

Want to learn more about marketing best practices through our very own podcast? Our CEO, Stacy Jones offers successful tips and strategies from years of experience in addition to interviewing other industry marketing experts. Check it out today and give it a listen!