It seems these days almost everyone and their mother has their very own podcast. In the endless sea of the varying podcast channels available today it can be confusing and a lot of times super difficult to decide which ones are actually worth dedicating a listen to. There is hope however for the newly introduced podcast listener. Fortunately there is an absolute bevy of engaging and captivating podcast shows that feature some of today’s biggest Hollywood stars both as hosts and interviewees.

The popularity of podcasts in the last couple of years has absolutely skyrocketed and the involvement of some of today’s biggest names has without a doubt played a part in its rise. And one of the interesting opportunities for brands is that this is a whole new platform to be able to get involved in. In this blog, Hollywood Branded shares five of today's most popular podcasts, and discusses why brands should explore the opportunity for branded content integration into podcasts. 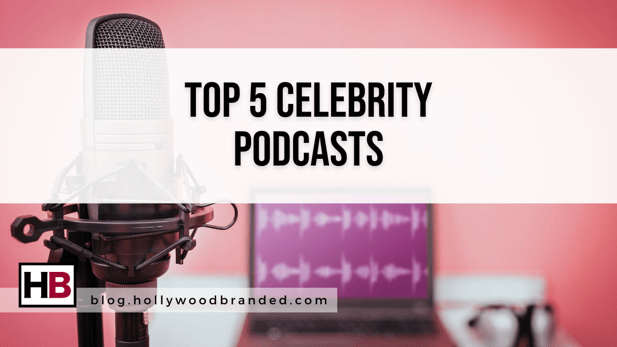 Anna Faris, best known for her roles in The House Bunny and the Scary Movie films, has taken her signature gravelly voice to the podcast airwaves! With her highly successful Unqualified podcast, Faris teams up with professionals across all industries to give fans advice about anything they may be struggling with.

The show starts off with Faris chatting with her celebrity fans about their upcoming projects and hilarious anecdotes from their personal lives. The casual conversation, meant to give Anna more of an insight into the world around her, gives fans a look into a different side of their favorite celebrities. The second half of the show opens the airwaves up to callers as they reach out to Faris for life advice. As the name suggests, Faris is wildly unqualified to answer her fans' burning questions, so she taps psychologists, scientists, and doctors to help fans with their issues, no matter how miniscule. 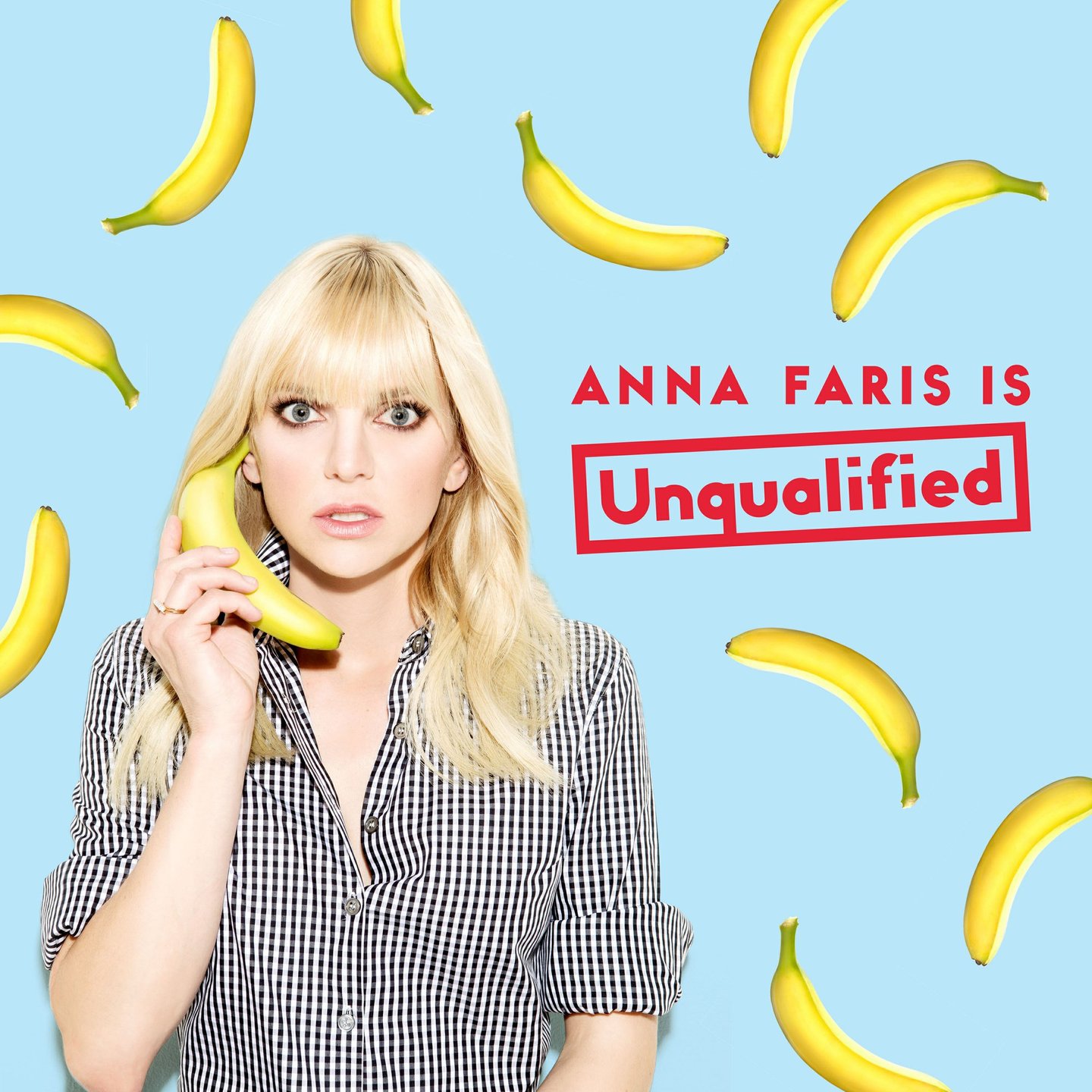 Everyone's favorite Harvard-educated late night talk show host, Conan O'Brien, is now dominating the audio space. After learning that his beloved talk show was being retooled to a half-hour time slot, O'Brien decided to take his talents to the small screen. In Conan O'Brien Needs a Friend, O'Brien teams up with former colleagues, Sona Movsesian and Matt Gourley, to chat with celebrities from all walks of life.

From chatting with personal friends like Lisa Kudrow and Timothy Olyphant to people he has long admired, like Barack and Michelle Obama, Conan O'Brien Needs a Friend has something for everyone! 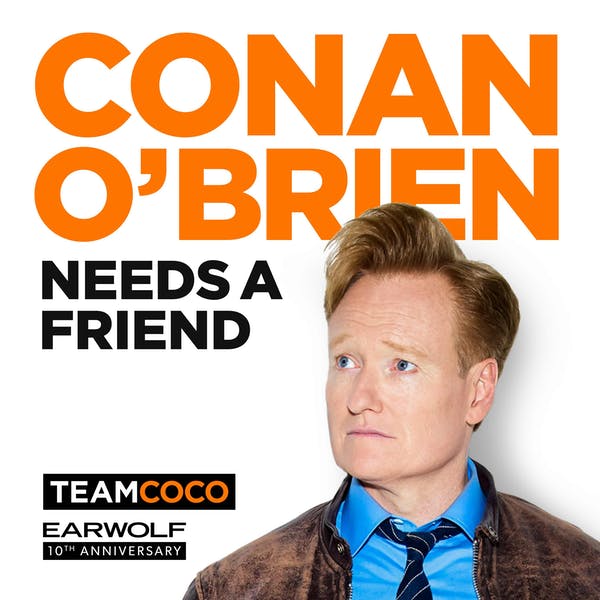 As the name suggests, Armchair Expert is a podcast in which Dax Shepard (most famously known for his work on the hit show, Punk'd,) chats with celebrities about any and all hard-hitting subjects. Shepard and his guests, along with co-host Monica Padman, ponder life's great questions while chatting about life experiences. The insightful podcast tackles about topics as heavy as sobriety and mental illness, as well as topics as trivial as conspiracy theories and sibling rivalries.

The unfiltered podcast has had guests such as Shepard's wife, Kristen Bell, as well as close friends like Ashton Kutcher, Mila Kunis, Lauren Graham, and more. The podcast was such a hit that Dax and Monica have spun the show off to include a new series: Armchaired and Dangerous, where they, along with journalist David Farrier, uncover some of the most outlandish conspiracy theories and how they came to be. 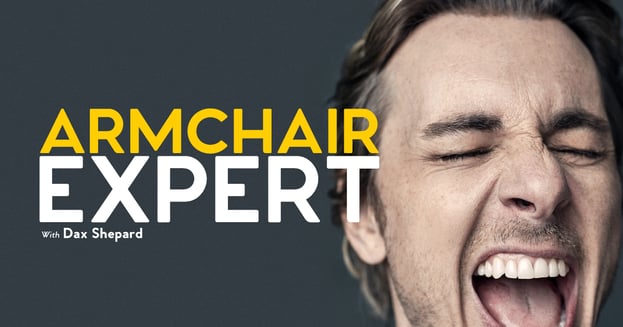 If you're anything like me and were heartbroken to hear that The Office would be leaving Netflix, look no further than the Office Ladies Podcast, hosted by none other than Pam Beasley (Fischer) and Angela Martin (Kinsey)! The two best friends missed The Office as much as everyone else, and decided that, while a reboot may be off the table, they didn't want to say goodbye to the beloved show forever!

Each episode, Fischer and Kinsey re-watch an episode of The Office and break it down, scene by scene. The hilarious and heartwarming podcast brings the classic back to life while sharing behind the scenes anecdotes about the show that fans have never heard before.

Former president Barack Obama and "The Boss," Bruce Springsteen, are the latest duo to team up for a Spotify original podcast. Each episode, Obama and Springsteen sit down for a casual conversation about their lives, music, and enduring love of America—despite all its challenges.

The unlikely pair - who started the podcast amidst the COVID-19 pandemic - met on Obama's campaign trail and have since harbored a strong friendship. They now travel together and collaborate intensively - first on this podcast and now in a book of the same name! The wildly successful podcast tackles issues such as race and American ideals, as well as topics such as fatherhood and vacations. 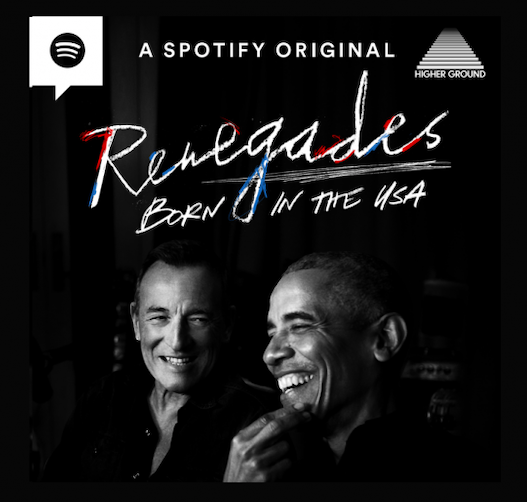 Brands - and their executive faces of the organization, have the ability to create podcasts that help enlighten and entertain.  It's a great way to share education as well as really engage a targeted consumer base, whether that is for B2B or B2C marketing.  We believe that everyone has their own unique voice to offer to the podcast world that can bring value and insight to their customers/listeners. And if you end up deciding that it’s not really your thing then ... why not jump onto someone else's podcast!  There are really two ways to go about this. Either by booking someone from your team onto a podcast to participate in an interview, or by creating a branded content partnership where your brand is seamlessly interwoven within the podcast episode itself. Sure, you can do additional pre-roll and mid-roll ad unit commercials - but start thinking about how to actually BECOME the content as well.

Check out some of our podcasts below:

Our own agency podcast is helmed by our CEO, Stacy Jones, and each week she talks about marketing mistakes to avoid for brands and their agencies, with a specific focus on branded content, celebrities and influencers.  You can check out Marketing Mistakes And How To Avoid Them below, and sign up for our weekly podcast series!