How Indie Films Can Have An Unlimited Upside For Brands

Maybe you don't hear about it a year ahead of time and perhaps only the most hipster of your Facebook friends have shared the trailer... but indie films often turn out to be a huge deal, especially when it comes time for film festivals and awards season.  Because of their grassroots qualities, indie films are often some of the easiest films to get product placement opportunities in. Yet after festivals like Cannes and Sundance, these small films often get big screen gigs - worldwide.

In this blog, Hollywood Branded looks at how product placement can have huge potential with very low risk - and high star power - indie films. 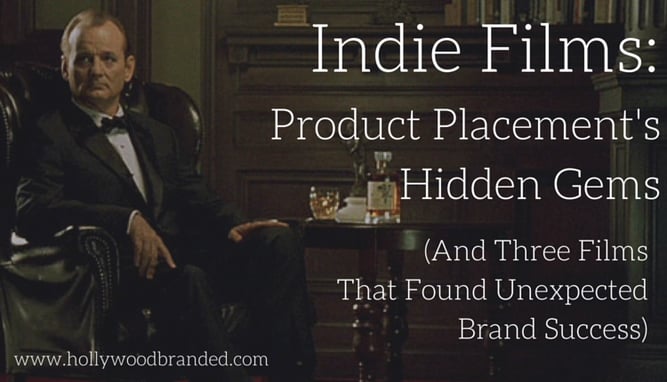 Little Indies Have Grown Up To Become Major Players

More and more indie films have garnered worldwide attention, especially since the rise of the digital era and distribution of films through SVOD and online. In this post, we'll give you a few examples of brands that won big when the small movies they invested in became huge hits.

Juno is perhaps the most iconic genre-defining indie films of all time. With a stellar cast yet minimal budget, location and rehearsal, the film was made independently with pseudo-amateur directors and producers at the helm.

The movie however gained MASSIVE attention in the world of Hollywood and ultimately ended up with an Academy Award for Best Original Screenplay and three other nominations including Best Actress for Ellen Page. The movie's soundtrack was the first number one chart-topping soundtrack for 20th Century Fox since Titanic.

In the film, two brands get distinct verbal mentions from the the leading character played by Ellen Page and co-star Michael Cera as well as on-screen coverage. 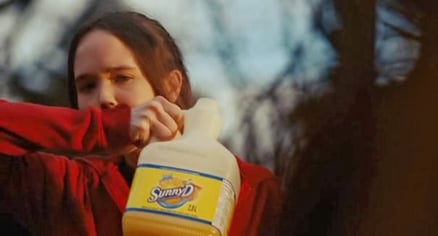 "Silencio! I just drank my weight in Sunny D. and I have to go, pronto."

Bleeker: Did you put like a hundred things of Tic Tacs in my mailbox?
Juno: Yeah. That was me.
Bleeker: Why?
Juno: Because they’re your fave. And you can never have too much of your favorite one calorie breath mint.
Bleeker: Well thanks. I think I’m pretty much set until college on the Tic Tac front.

Of course, no one but the most clairvoyant of film-goers could have expected this movie to be such a success, but it was - and remains a classic. And Tic Tac and Sunny D remain a big part of that memorable movie.  Forevermore...

Okay, so for a movie about drumming, it seems only natural a drum or cymbal brand would be featured. Throughout the movie, Zildjian's logo was shown on Andrew's drums and stick bag. Bosphorus Cymbals logo was also apparent throughout the movie as is the Evans drum head logo in a particularly memorable scene where the main character practices until his hands bleed. 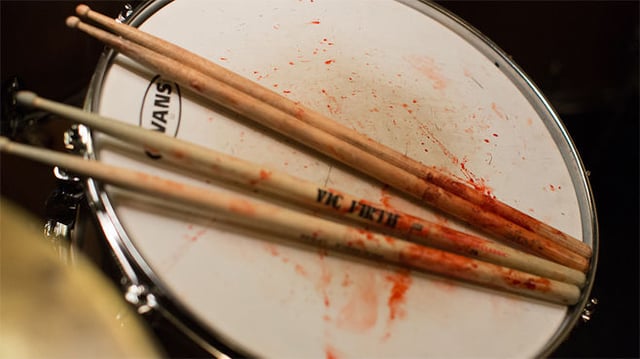 The film premiered in competition in the 2014 Sundance Film Festival and continued on to be picked up by Sony, nominated for 5 Academy Awards and winning three, including Best Supporting Actor (JK Simmons), Best Sound Mixing and Best Film Editing.

Little did these brands know that their small contribution to an indie movie would end up putting them center stage at the Oscars.

Lost In Translation: A Celebrity Endorsement Within A Classic Indie Movie

Lost In Translation is another of those classic Indie films you think of when you think of unexpected big indie hits. The story centers around a big time but aging Hollywood actor (Bill Murray) who is in the city of Tokyo to film a celebrity endorsement.

He meets the shy but charming Charlotte (Scarlett Johannson) who is in the city on her husband's business trip, but becomes friends with Murray on account of their complete lack of Japanese cultural understanding.

But before this friendship takes center-stage, Murray's celebrity endorsement does. His character, Bob Harris, is in town to shoot a Suntory liquor brand commercial. Despite the language barrier, he does his best to create the right mood and tone for his image and the brand's. This scene became a film classic with its ridiculousness juxtaposed with Bill Murray's careless demeanor:

Even though it was directed by the daughter of the legendary Francis Ford Coppola (of The Godfather Oscar fame), Sophia, the film was still a long-shot for success. Yet it was released to widespread critical acclaim including 4 Academy Award nominations. Suntory won big on this one.

For an inside look at indie films and brand partnerships check out our article here.