The Superhero Of Product Placement... From The Big Screen To Netflix

In case you haven't been paying attention, Marvel is kind of a big deal. The comic book company, which has seen success since the early 20th century, has made a huge comeback in the film industry this past decade with their Avengers franchise, X-Men franchise and Netflix series Daredevil and Jessica Jones. With more on the horizon...

But, to put it in the words of Bachman-Turner Overdrive, "You ain't seen nothin' yet."

The comic book world is competitive - but Marvel is at the forefront and leading the pack with box office success after box office success.  Making the film platforms - and their SVOD counterparts - a brand marketing fantasy come true.  In this post Hollywood Branded explores the world of product placement in Marvel's franchises and the massive upcoming opportunities with the comic book company turned film and TV giant. 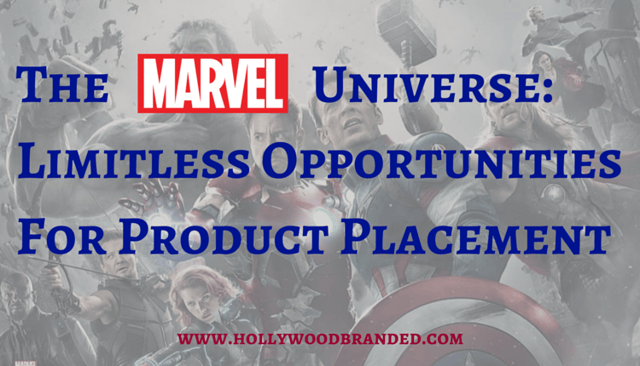 The Avengers Universe is huge and continues to grow as more films and spin offs are being created. Countless brands have been featured in the films.

UnderArmor has had a huge presence with many characters wearing their own custom UA gear for superhero training. Audi maintained a huge presence in the series and have been seen all over the films as well as Samsung Galaxy and Skype. 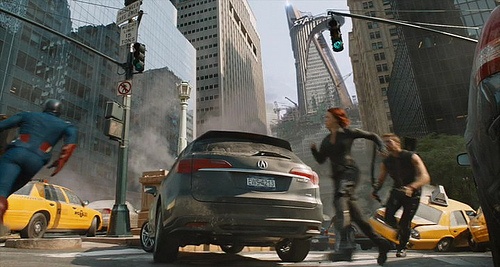 And this doesn't even include the huge world of brand partnerships and licensing deals that we featured in our article here.

The Avengers is a perfect place to make brands look good with low risk. There hasn't been a single flop and each sequel becomes more promising than the last.

Deadpool and Wolverine III Are For Brands Looking For Edgier Placement

Deadpool shocked the entertainment world with its runaway success after its release last Valentines Day. Shattering opening and Valentine's Day weekend records as well as almost every record for an R-rated movie, Deadpool II was immediately given the green light.

It was also recently announced that the newest film in the Wolverine series would be made into an R-rated film.

Deadpool, with its racy nature, was a perfect opportunity for brands to get involved that may have shied away from other more family friendly Marvel films - like alcohol brands. Kahlua and Baileys both got verbal mentions in the film.  And Mike's Hard Lemonade participated as a premiere party sponsor.

Also, brands like Yogurtland and Ikea both got very memorable and hilarious product placements in the film. Movies like this could give a chance for brands to be seen in an edgier light and appeal to a different demo than they usually do.

Deadpool and his landlady attempt to assemble an IKEA piece of furniture.

Netflix: Extending The Marvel Universe Into The World Of Streaming

Marvel may just be the smartest ones out there right now. Not only are they churning out huge blockbuster successes, the most recent being Captain America: Civil War, but they are making huge waves on the world's most popular streaming service: Netflix.

With critically acclaimed and wildly popular hit series Daredevil and Jessica Jones, the company is only adding more shows with a series each for characters Luke Cage, The Punisher, Iron Fist, and a miniseries dedicated to The Defenders. 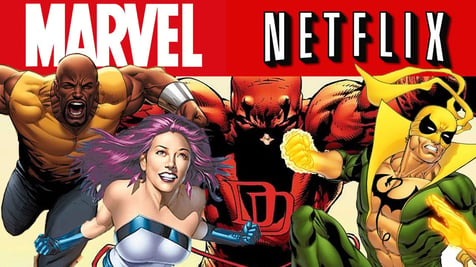 There are countless opportunities for brands to be featured in these series, especially as they are on Netflix where there aren't nework ad sales "regulations" on product placement or branding.

Marvel has literally dozens of upcoming projects, including a Netflix show for The Punisher, sequels to Deadpool, Wolverine II, X:Men, Thor, and Guardians Of The Galaxy, a movie based on the Black Panther character, and oh so many other Avengers sequels and spin-offs. And this is only the beginning. Brands are already hopping on board, with Hyundai recently signing a deal with Marvel and Netflix to extend it's feature in Marvel/Netflix series until 2017.