The Tech Celeb Will Now Be Selling You Mattresses

As we've said many times before, our culture's idea of "celebrity" is changing, and with it comes inevitable changes in marketing. GE's recent campaign with Millie Dresselhaus is a perfect example of this, and their ad campaign has taken off with huge success.

Now, Mattress Firm is joining the trend by hiring Apple co-founder Steve Wozniak to be the face of their new campaign, "Technology to Power Off." 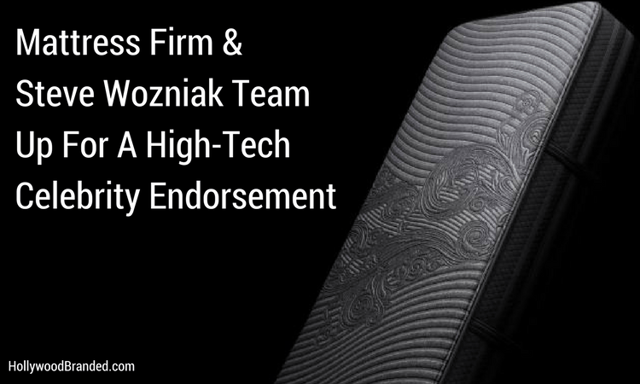 In a world of rising technology where advancement is king, Wozniak's knowledge and clout in Silicon Valley is valuable currency for a brand looking to market themselves as technologically advanced. And that is exactly what Mattress Firm aims to do in this campaign.

Steve Wozniak's reveal of the new campaign "Technology to Power Off" in a keynote speech was similar to the unveiling of a new smartphone or laptop. It marks an important step Mattress Firm is taking to distinguish themselves from other mattress companies and make choosing a mattress an involved decision, like choosing a phone rather than choosing a piece of furniture.

In a statement from Mattress Firm, Sicily Dickenson, their CMO, commented, "The average American isn't lining up outside a mattress retail store waiting for the latest breakthrough in technology. It's about taking that first step toward just stopping the sea of sameness out there around sales and price and that perception that shopping for a mattress is going to end up like a used-car experience." 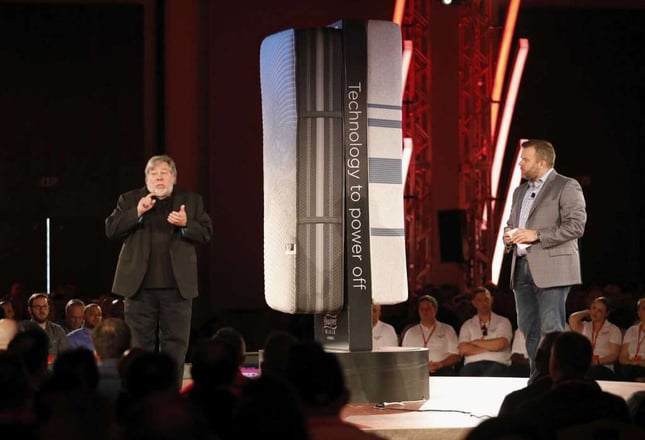 And Steve Wozniak's celebrity endorsement certainly supports that. He is an interesting and impressive choice for the mattress brand and has taken his support further than just his speech. His Twitter reflects his involvement with the brand as well. He Tweeted out an invitation to his speech, making a play on TEDtalks that he is often included in. 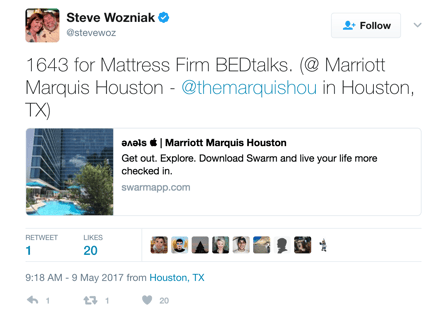 The way this campaign feels like the latest technological reveal by a leader in the industry bodes well for the company, giving it a brand new shining image.


Could Your Brand Use A New Kind Of Celebrity?