The NBA has announced plans to create an eSports league beginning in 2018. While other leagues have expressed interest in the growing eSports world, the NBA will become the first major sports league to have its own eSports league.

In increasing their presence in a rapidly growing community, the NBA hopes to tap into a fan base that could easily rival that of professional basketball in the years to come. And the result will be an entirely new platform for brands to engage in product placement and sponsorship.  In this blog, Hollywood Branded looks at the growing opportunity for brands to participate in sports marketing and video game product placement in eSports, and the launch of the NBA's eSports League. eSports is a growing community of competitive video game players who compete with other players from around the world with huge events and fan bases, similar to traditional sports.

Players gather online, or sometimes in person, to watch expert video game players battle each other in popular games, including sporting games like Madden, MLB The Show, and NBA 2K. 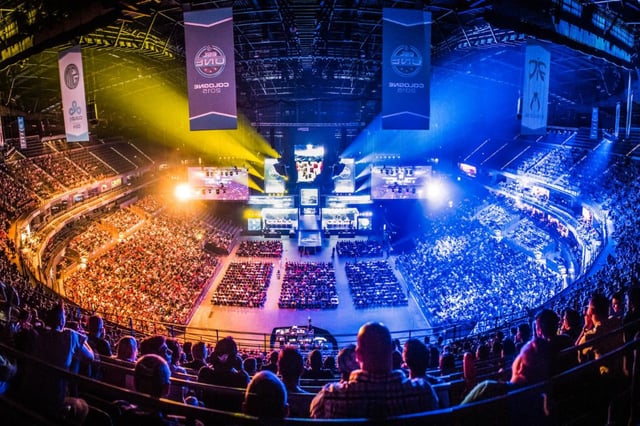 These players are the LeBron Jameses and the Julio Joneses of their craft, earning the title of "professional" like those athletes, and come complete with fans and sponsors.

Huge tournaments are held all over the world, such as "The International," a Dota 2 tournament played annually in Seattle.

This form of sports represents a rapidly growing pastime both in the United States and internationally, with fans cheering for their favorite players and even making bets on teams.

The NBA And eSports

The NBA has been involved with eSports and video games for a while now, with their long-standing partnership with Take Two Media, publishers of NBA 2K.

However, the brand is looking to expand their video game product placement and sports marketing strategy by creating an eSports league of their own in 2018.

In doing so, the NBA hopes to tap into the millions of fans from around the world who follow eSports and are actively involved in the community surrounding it.

This is a smart move, as the eSports world is blowing up and likely to only keep getting bigger. In fact, Wikipedia estimates that in 2016, eSports generated close to $493 million in revenue, up from $325 million the year before.

The NBA has long followed trends to maximize their sports marketing potential, from sneaker brands beginning in the 1970s to the future of eSports. For more on NBA sports marketing, check out our blog on "How NBA Players And Sneaker Companies Team Up For Sports Marketing Success."

And what this means for brands is... more product placement opportunity!  Much like sports marketing partnerships in the 'real' world - eSports Leagues offer jersey placement, court placement and other in-game advertising.  Not to mentiono the celebrity endorsement opportunities and product placement of just having the brand in the hands of the players.  A beverage? Easy. A snack brand? They have to eat... The clothes they wear while playing?  Another home run.