Have you ever wondered what a movie or show would be like if it were played by a different actor/actress? Or if a story were told with a completely different cast? Oftentimes within the media, many stories are fabricated in a way that is not true to reality. When analyzing the entertainment industry, people of color, women, LGBTQ+, and those with disabilities are often underrepresented. Fortunately Netflix has noticed this, and has decided to spearhead efforts to change the narrative.

Portrayal in the media has been a pervasive issue for a while, but due to younger generations stepping up to become vocal on these topics, progress is being made. Visibility in the media is essential as it allows for a diverse array of voices to be heard. Instead of having movies such as Black Panther showcased once a year, Netflix is trying to push for people of color to be seen more frequently so that everyone can find representation through these stories.  In this blog, Hollywood Branded discusses Netflix’s plan to diversify the entertainment industry. 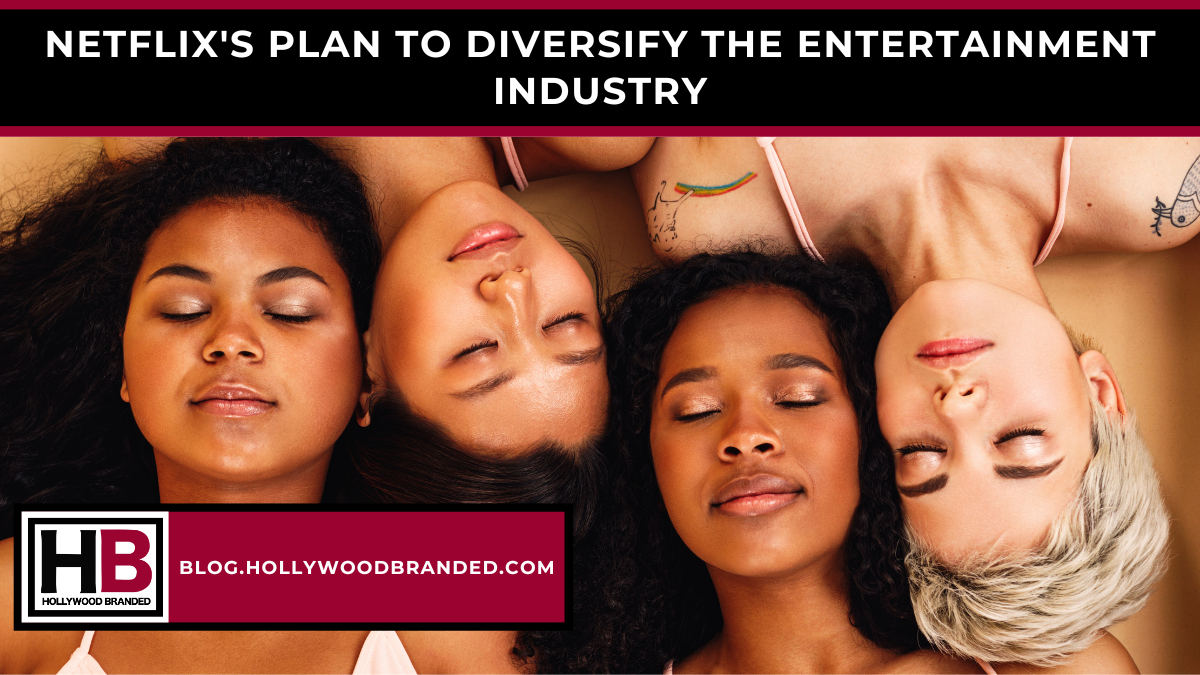 Dr. Stacy Smith, founder of the USC Annenberg Inclusion Initiative, who, along with her team, conducted a research study on Netflix's request analyzing over 300 tv shows and films from 2018 to 2019 to understand Netflix's on screen and off-screen talent makeup. From the data found, Netflix has minimized the parity gap of on-screen representation for women, as "More than 50% of Netflix films and TV series feature women in starring roles" (Jackson, 2021). The data also showed that although improvements have been made regarding women, there is still an issue with underrepresentation for  LGBTQ+ communities, LatinX/Hispanic communities, Asians, and characters with disabilities. The way media portrays the U.S in terms of its organization does not reflect what the U.S truly looks like, which is an area Ted Serandos, Co-CEO of Netflix, wants to improve on. 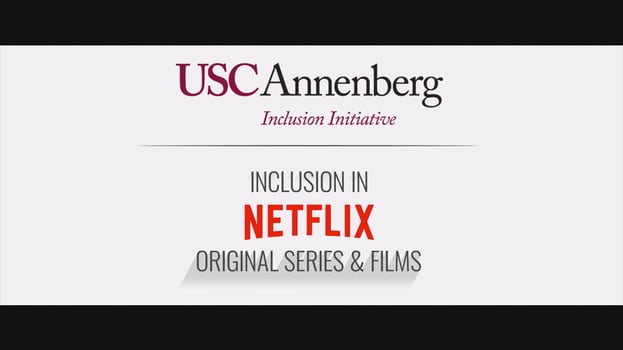 Along with the research conducted and Netflix's transparency of their faulted areas, Ted Serranos announced a $100 million fund for creative equity which will be invested over the next five years. The fund will go to  in a combination of external organizations with a strong track record of setting underrepresented communities up for success in the TV and film industries, as well as bespoke Netflix programs that will help to identify, train, and provide job placement for up-and-coming talent globally. Netflix has been outperforming the media industry in diversifying the talent compared to top-grossing films in Hollywood and although Netflix is doing better than others, they still have a long way to go; identifying the issue and being transparent is a great place to start. 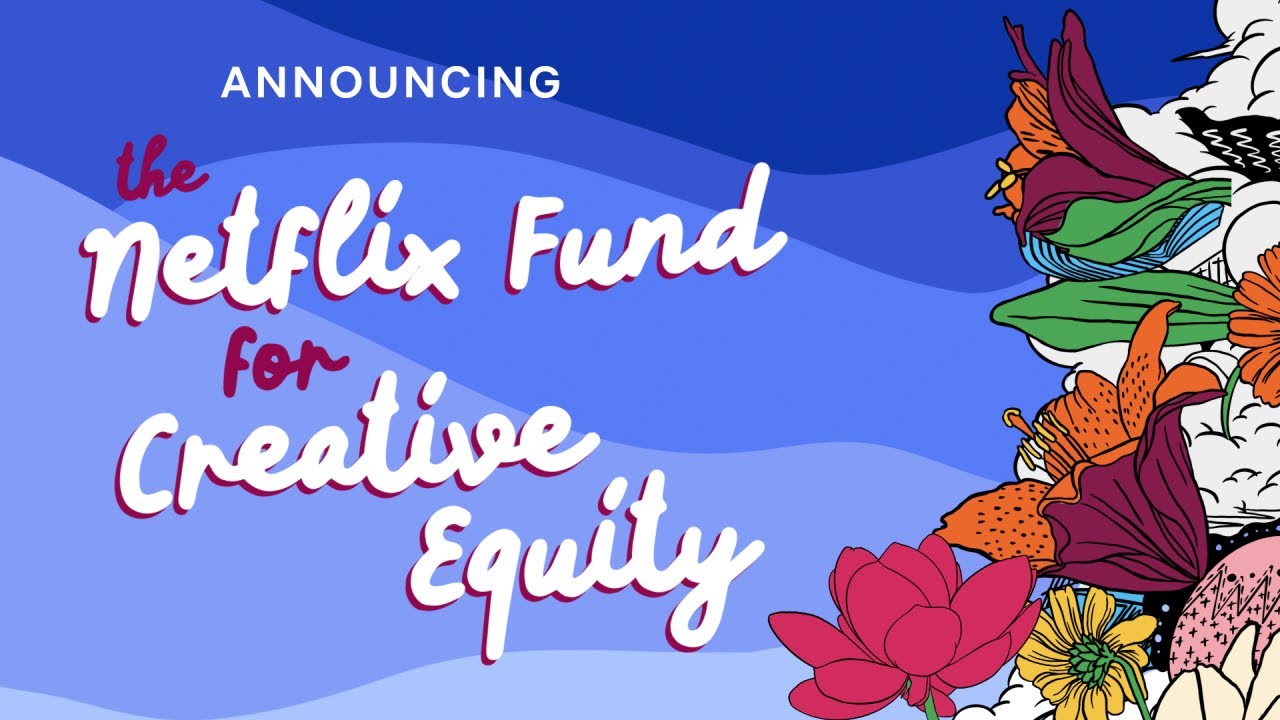 Impact On The Business Environment

Many people face unequal opportunities in regard to unemployment, so through diversifying the workforce, we can expect to see increases in employment from all backgrounds. Diversification will also aid in introducing new and fresh perspectives to help solve problems. For On-Demand services, Netflix faces competitors such as Disney Plus, HBO, Hulu, Amazon, etc. Having the ability to dismantle groupthink will give Netflix an edge against many other on-demand streaming service competitors, as “Companies in the top quartile for gender diversity outperform their competitors by 15% and those in the quartile or ethnic diversity outperform their competitors by 35%” (Forbes, 2021). In order to increase diversity, some things Netflix is going to do is hire more inclusively, create access for emerging talent, and build more diverse networks. 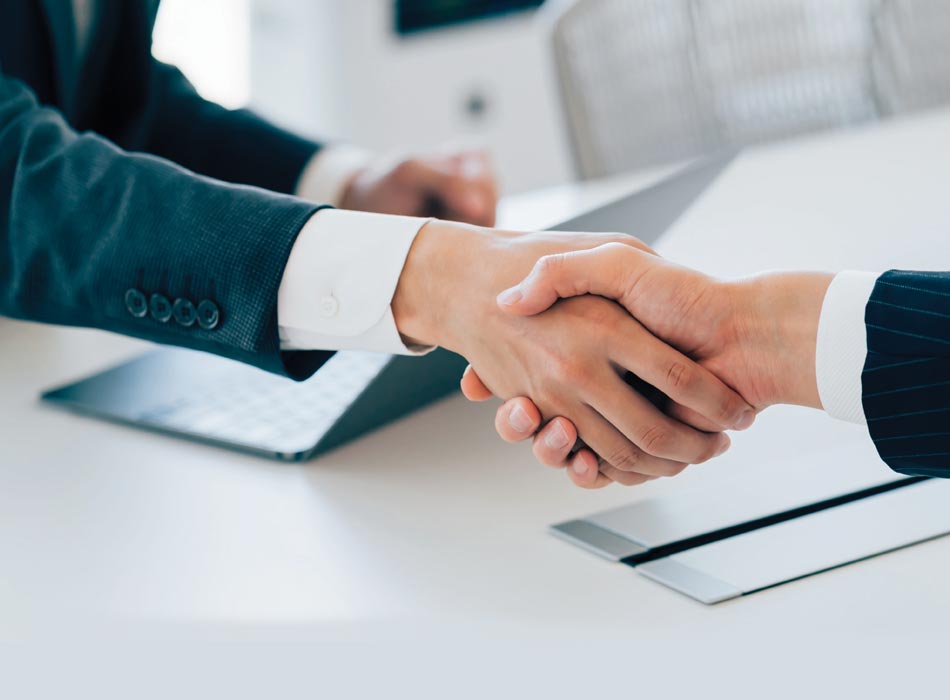 The way Netflix is hiring more inclusively is through inclusion recruiting programs which include: “Spotting bias in the interview process, sourcing candidates in non-traditional ways, and helping hiring managers identify the perspectives on their missing teams” (Meyers, 2021). To create access for emerging talent, Netflix is going to onboard people early on in their careers. Furthermore, to build more diverse networks, the inclusion recruiting programs team is going to help managers break out of their mold by connecting them to networks outside of their own. Additionally, Netflix is branching out to host events with other organizations and communities to foster a new and inclusive environment.

One case that demonstrates the importance of having a diverse team and cultural understanding is with the movie Mulan. When this movie came out, there was a lot of controversy due to Liu Yifei supporting Hong Kong brutality and a scene filmed in Xinjiang, a place where Uighur Muslims have been detained in mass internment camps. While Mulan was not created to mock Chinese people, culturally, it was not well researched, which people believe could be due to having an all-white crew of directors, producers, screenwriters, and costume designers. Without doing proper research, Mulan came off to be culturally insensitive, leaving a bad impression on Disney. 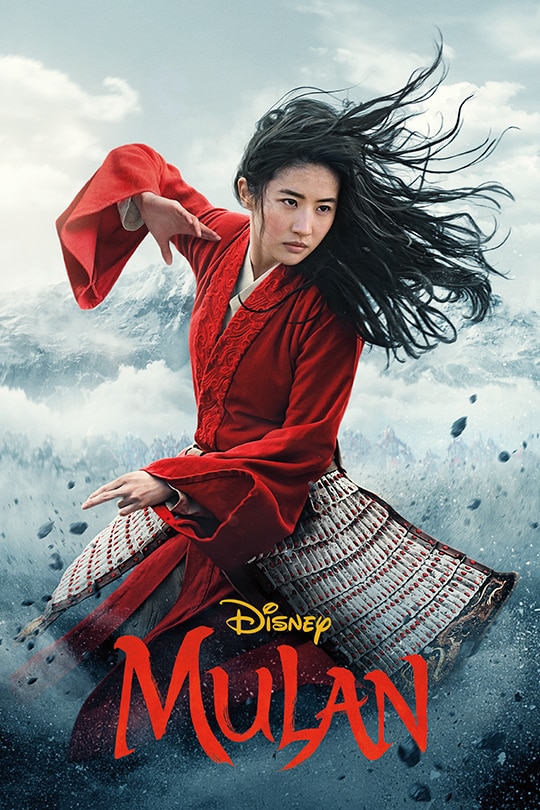 In analyzing Netflix's management and organizational issues, the main problems reside in managing diversity, globalizing, raising subscription fees, and content spending to justify growth. Other racial and ethnic groups were underrepresented relative to the U.S Population. "LatinX characters were just 4% of lead, despite being 12% of the population, and just 3% of creators and producers were Latin X...The study also found that LGBTQ+ characters accounted for just 4% of leads in film and 1% in TV-series, and while the study says that 27% of the U.S population identify as having a disability, fewer than 1% of series leads, and just 5% of main series cast were characters with disabilities'' (Boorstin, 2021). Most of the content that Netflix has been releasing in the U.S. does not reflect the audience watching it. Having the ability to tell a story with people who can find representation allows them to connect with the characters and inspire them. A great show or series does not always constitute great actors, but the ability to create emotion and connection through similarities of culture and experiences.

Regarding globalization, Netflix has been pushing to expand into international markets to boost its revenues. While records have shown subscriber growth, its sustainability remains a question as high-speed broadband is expensive and is considered a luxury for many. If you are only making $1,000 USD per year, $8-$13 a month for a Netflix subscription is way too much. For many, the price of Netflix’s subscription consumes a large fraction of their monthly salary, and if Netflix adjusts their prices to match the salary of their consumers, they would need to obtain a larger percentage of subscribers which may be difficult.

Ending with content spending to justify growth, Daniel Salmon from BMO Capital Markets predicted that Netflix's content spending would climb to $17.8 billion in 2020.  In 2018, the company spent $12 billion on content, and in 2019, Wall Street predicted it would spend $15 billion. As more competitors enter the industry, Netflix can lose some subscribers, and from the investor standpoint, if Netflix is not meeting their predicted subscriber growth, investors may develop concerns for Netflix's leading to 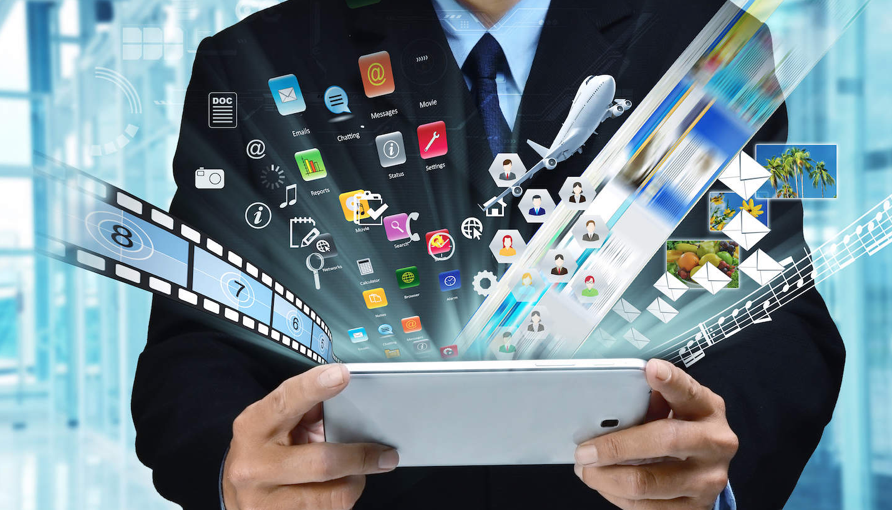 The Importance Of Inclusion

Diversity is beneficial not only in the entertainment industry but to all industries. Diversifying any area brings attention to underrepresented communities and allows a platform to give the voiceless a voice. The ability for various people from all backgrounds to obtain these positions in the creative industry allows more people to be inspired and know that they can accomplish anything. 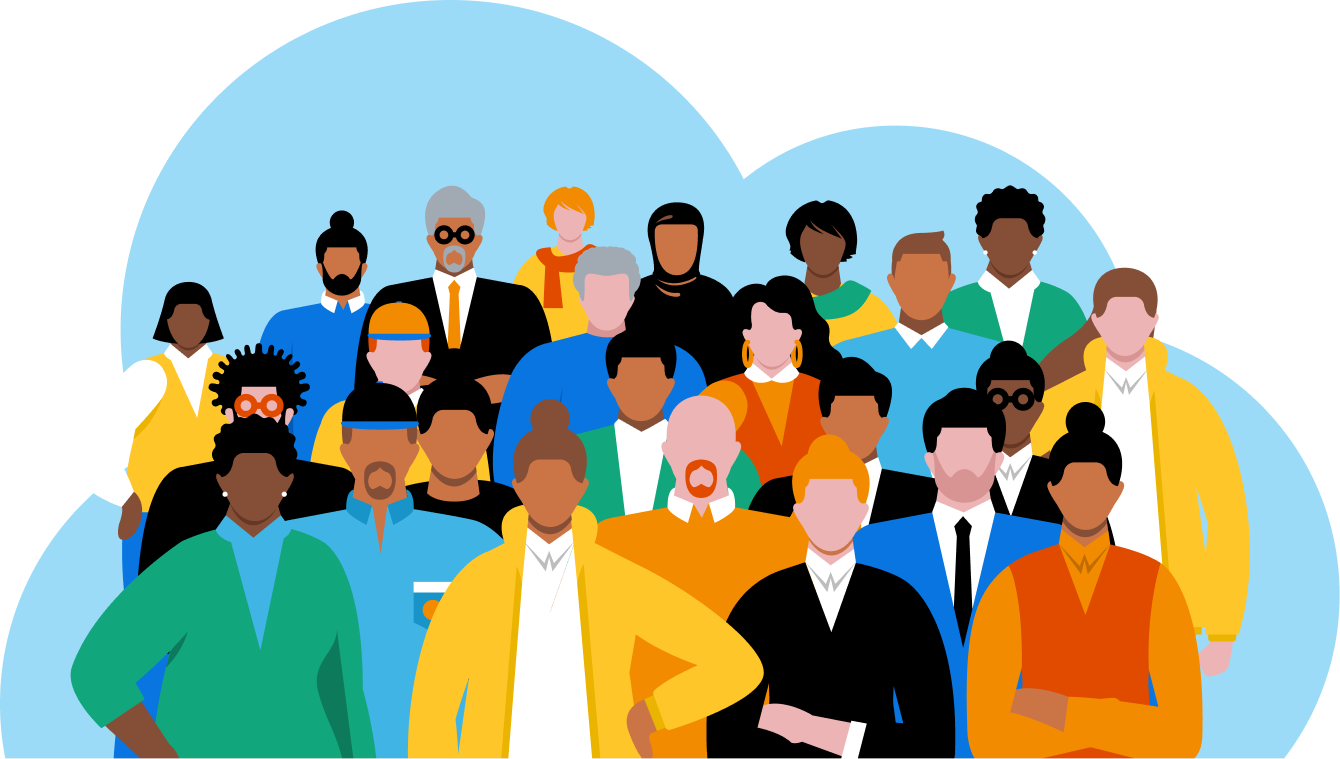 If you are interested in learning more about how brands, celebrities, and nonprofits can work together to make an impact, check out these previous Hollywood Branded blogs below!

Celebrities can be an important tool in building your brand's message and success. Learn more about how to get Celebrities to your brand's event with Hollywood Branded's E-book below!