New and Returning Brand Partners at the Emmy Awards

You know what season it is; it’s Emmy’s season! And with that comes major celebs, incredible television, and of course, brand partners, lots of brand partners. The Emmys have been notorious for having some outstanding brand coverage on the red carpet, throughout the show, and behind the scenes, which continues to gain traction for them throughout the years. Hence, the returning customers. In this blog, Hollywood Branded will share some of the new and returning brand partners from previous years, as well as break down some of the brands spotted at the Emmy Awards this year. 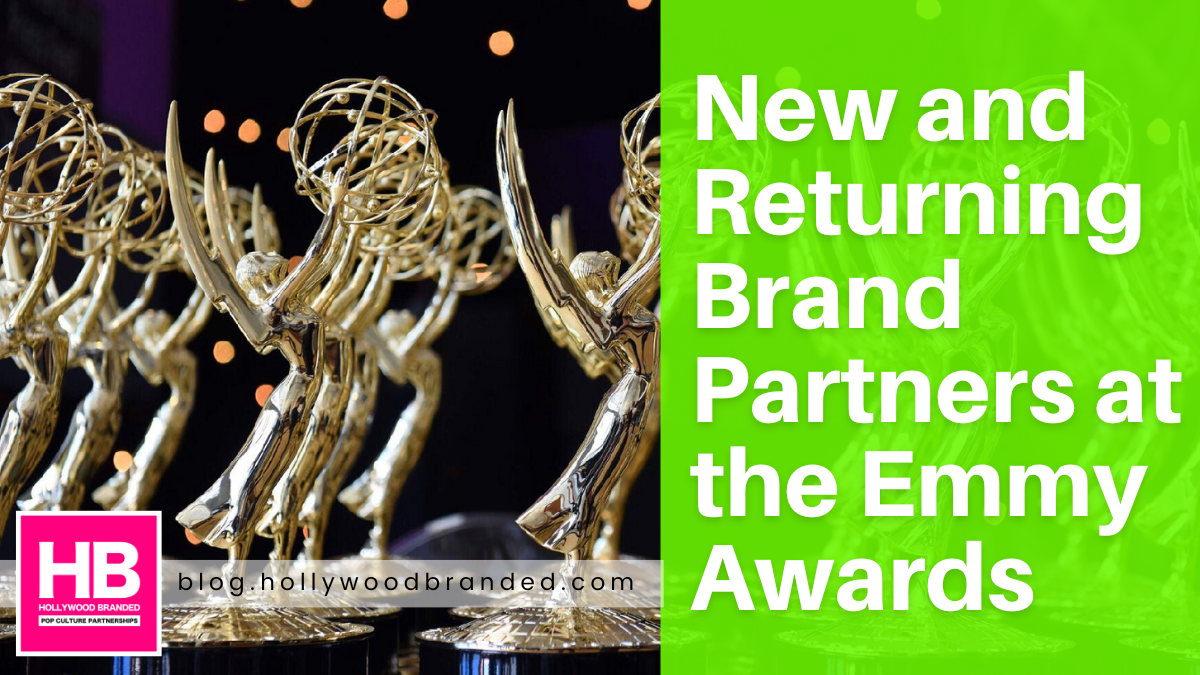 The Biggest Night In Television

It’s that time of the year to celebrate Hollywood’s top talent in television— The 74th Emmys Awards aired on NBC and Peacock on September 12th and had some memorable moments. From celebs like Zendaya, Lily James, Lizzo, Andrew Garfield, and Rupaul serving red carpet looks to Sheryl Lee Ralph (Abbott Elementary) and her win for ‘Outstanding Supporting Actress in a Comedy Series,' followed by a three-time standing ovation during her speech, it was another one for the books. Between the wins, speeches, looks, and hosting from Kenan Thompson, this is the type of award show that anyone would want to be a part of. 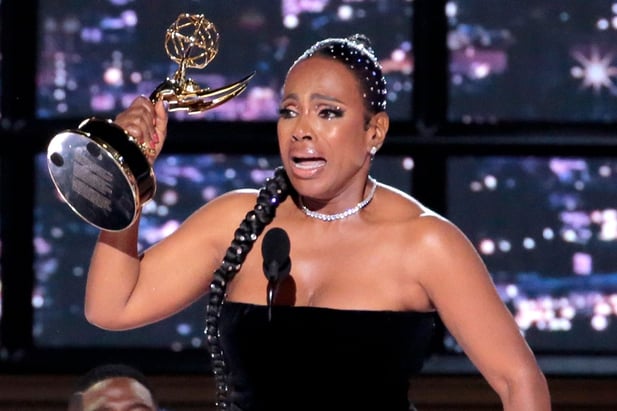 So, who doesn’t remember the ‘Fiji girl’ on the red carpet of the Golden Globes in 2019? Well, brands like this sure do know how to make a splash on a red carpet, and Fiji is continuing to do so at the Emmys award show this year as the official water brand. Fiji was being passed out like candy on the red carpet and showcased in the background of just about every interview given. The Emmy Awards, in particular, is an award show that has a lot of returning brand sponsors that sure know how to work the red carpet. Award shows like The Emmys are such a great and organic way to get obvious branding out there with it completely making sense and really creating the scene around the event. Imagine a red carpet with no brands involved, no step and repeat, no placements…weird. It’s the quiet and subtle touch that these award shows always need to make it feel complete. There is so much to say about a brand’s involvement in a major award show such as the Emmys, and I’m going to break down some of the ones who are getting it right! 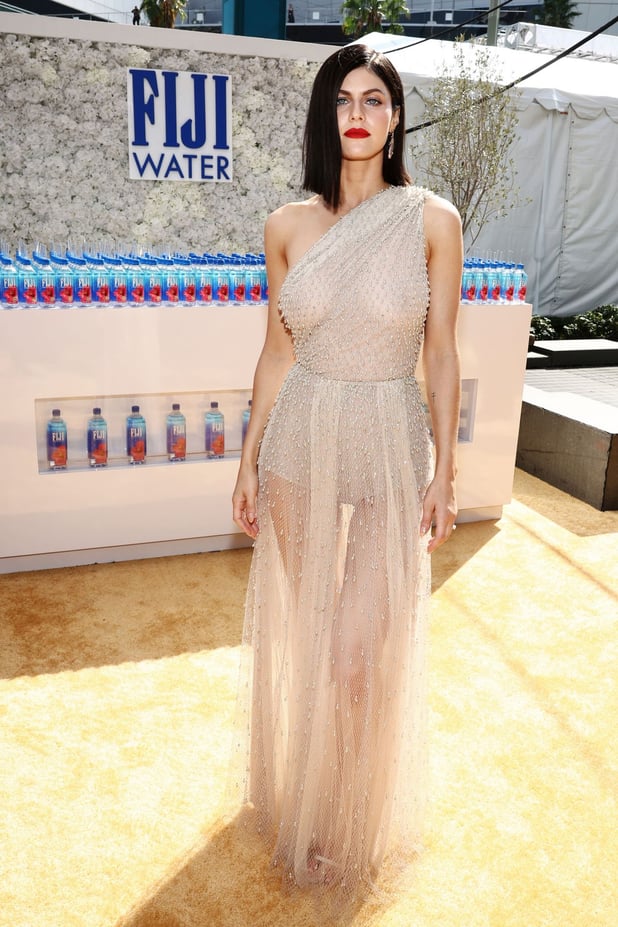 The fun thing about shows like this is you can have a variety of diverse brand partners to really cover all of your bases. Kia America is returning for a third year as the Emmys official automotive partner, and this year they gave it a little twist; they had a new product to showcase—the 2023 Telluride that made its debut! As you now know, Fiji Water will be back for a ninth consecutive year as a sponsor. They’re showcasing their 100% recyclable plastic bottles, which were given to nominees, presenters, and all guests at the show.

PEOPLE Magazine and United Airlines are also returning as two of the longest partners for the Emmys. From the live pre-show red carpet to the show to the after-party, celebs really can’t get away from these logos the entire night. However, it really does become part of the scene, and to viewers and talent, it becomes second nature to them when walking in everyday life and you see these logos around. These brands are well known in the award show world and are a household name and brand, and they sure know what they’re doing.

Take A Sip At The Emmys

Okay, now we obviously need to discuss the wine and such, right? Because what is an event with wine or liquor sponsors? Justin Vineyards & Winery (a first-timer this year!), Ketel One and Franciacorta are all joining the others for a fabulous night of television. Numerous varieties will be showcased, tastings will be poured, and cocktails will be made for all of television's biggest talent. All things to make a great party! Brands often ask how they’re able to really make a presence at award shows such as the Emmys, and with the right team, negotiating, and creativity, you can really get everything you want out of a major award show partnership like this. So if that’s you out there, wondering how to get involved in one of these, hit us up ;) **shameless plug** 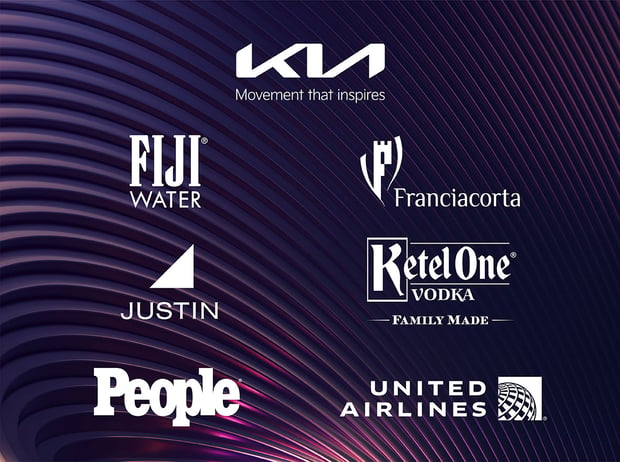 But We Can’t Forget

Let us not forget the previous sponsors, including Living Spaces, Lyft, IMDb, and Ferarri Trento, who graced the Emmy Awards in 2020. Even with abnormal circumstances, those brands shined at the award show and still made themselves known. Living Spaces, for example, provided set decoration that was showcased throughout the show. Between the official brand sponsors, official Emmys celebrity gift lounges, and celebrity gift lounges surrounding Emmys weekend, there is so much opportunity for a brand to insert themselves into this world, and I, for one, can’t wait to see who continues to be on that train!

Sponsorship deals for award shows can look so many different types of ways, which can include being a larger sponsor with more signage, having a spot on-site for activating, gifting/seeding to talent, on-stage signage, commercial break placement, and more! If you have the means and creativity, the ultimate goal is to elevate the award show in any way, so conversations are always open-ended. And it’s obvious for some of these returning customers that they’ve learned why showcasing their logo over and over is so important to the recognizability of the brand. When consumers see brands as a part of activations or events such as these, they become comfortable with the logo, and it quickly becomes a trusted brand for them over time without them even really knowing it.

Don’t believe me? LISTEN TO our HB podcast EP 89- Power of Awards Shows for Brands

Ready to walk the red carpet yourself? With the help of these Hollywood Branded blogs, we can help your brand excel at some of Hollywood's biggest celebrity events. Check them out below!