Product Placement In Esports: 3 Examples Of Brands Getting It Right

Esports Stars As A More Playable Option For Brand Collaborations

Although the COVID-19 pandemic delivered a significant economic blow to most industries, the video game industry stands out as one of the few fields that suffered a much smaller loss. From the boosting sales of Nintendo’s Animal Crossing to the continuously growing number of video game players, international stay-at-home orders have turned more and more peoples' attention to the gaming industry.

The growing practice of product placement in video games is one area brands can shine. User engagement is at an all time high, and integration offers smart brands a way to be seamlessly brought into the gamer's screen during play. While it seems like an easy job, the field of esports is still relatively new and there are a lot of things brands might miss and get wrong. In this blog, Hollywood Branded discusses the rise of esports and three brands who have successfully integrated their branding through product placement to better connect with consumers. 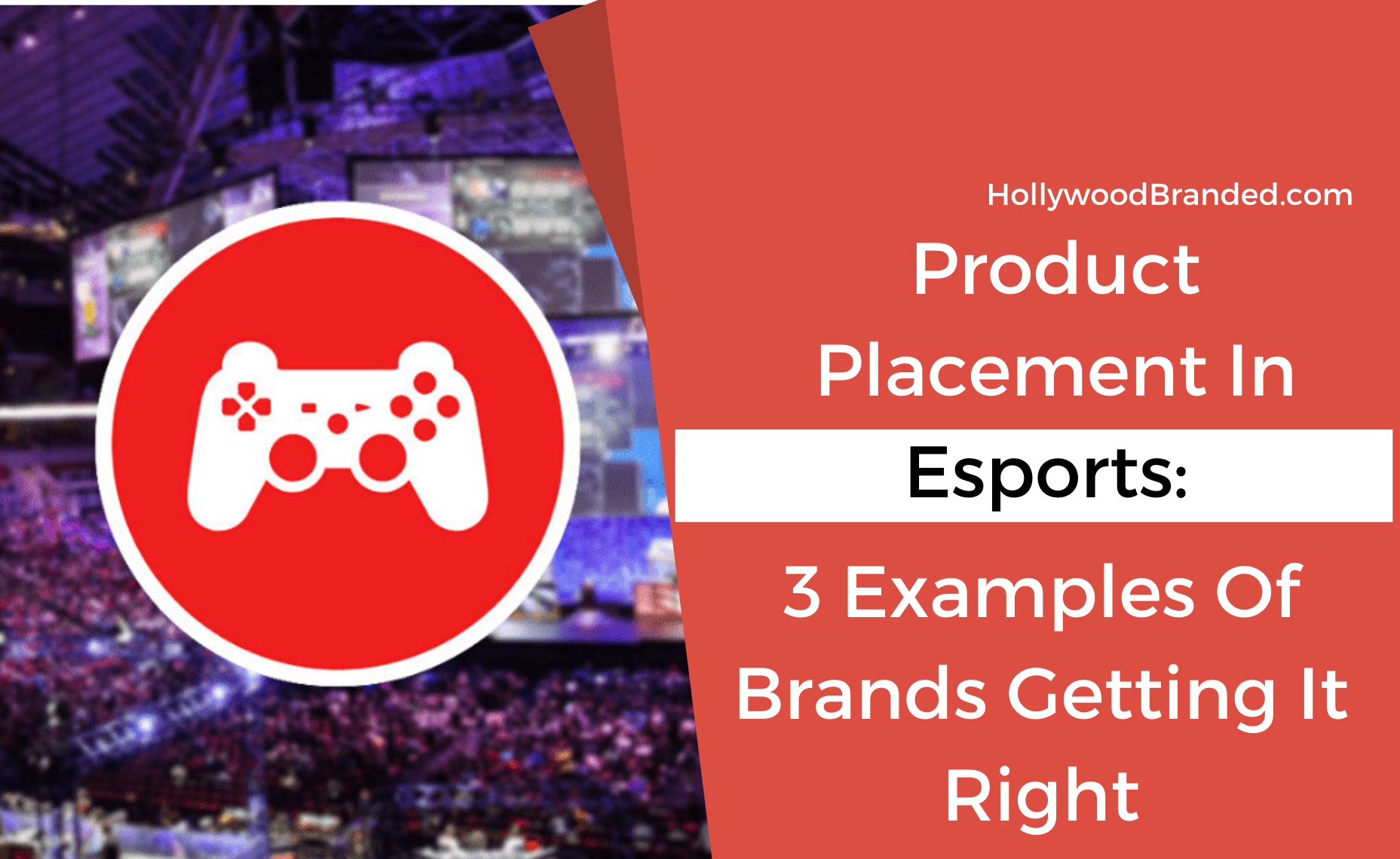 Why Work With Esports Brands?

Like traditional sports, esports has been divided into various sub-types: MOBA, PvP, FPS and so on. Today, popular esports titles have accumulated over a million monthly players, and many of them often host their own global tournaments. The esports industry is expected to earn a gross revenue of over 1 billion dollars in year 2020 alone. The pandemic, to a degree, has actually proven to stimulate the growth of the esports industry by forcing people to find ways to entertain themselves at home.

As esports viewership approaches that of traditional sports viewership, esports platforms are now one of the most popular entertainment mediums that could help raise a brand’s awareness. Hard-core video game players spend many more hours gaming each week than the time they spend on any other entertainment medium and they are one of the most loyal consumer groups that generally can't be reached through traditional means. If done well, a brand activation with a popular esports title can be a literal game changer for sales.

As a world-renowned sportswear brand, Nike has developed a 4-year long partnership with LPL: League of Legends Pro League, China. It sponsors team apparel for all teams that are involved with the League and has released LPL team jerseys that went on sale in late 2019. This is one of the largest esports tournaments in mainland China. LPL 2020 Spring Playoffs has attracted over 12 million viewers on average. When Invictus Gaming won the World’s Championship in 2018, its Chinese viewership reached an unbelievable peak of over 200 million viewers.

By aligning its brand with one of the most popular esports leagues in China, Nike expands its “Just Do It” spirit beyond the realm of traditional sports. Nike shows a supportive attitude for what modern Chinese youth typically believe in-- an easy but effective method to gain their favorability.

Although North America has always been Nike’s largest market, Chinese sales stats have shown a positive growth curve in recent years, marking China as a market with great commercial value. In turns, LPL’s enormous fan community provides Nike with a golden opportunity to increase its customer base in China. According to the Nielsen Esports Fan Insights, over 70% of Chinese League of Legends fans are between 18 and 35--a fan demographic that matches well with Nike’s primary consumer target pool.

Nike conducts a successful brand integration with LPL. The contract value between Nike and LPL, as predicted by many Chinese reports, has vastly exceeded Nike’s previous alliances with traditional Chinese sports teams. It made a great choice based on regional characteristics of China, marketing goals and sales results. As an esports league that features weekly playoffs throughout the season, LPL could potentially bring Nike great public exposure as well as give the company a huge boost in sales. 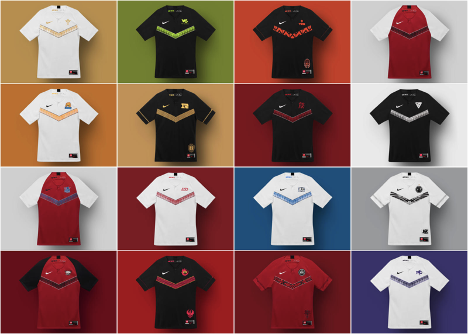 Prior to this event, BMW rarely conducted any esports related brand integration aside from joining as the official partner of the European League of Legends in 2017. By extending its partnership to not one, but five outstanding esports teams, BMW took a huge step forward in expanding its influence onto the fast-growing esports community. For all five partnerships, the collaboration between BMW and the teams are not merely jersey-deals or simple money-based sponsorships. The actual deal includes the provision of official team vehicles including a signature car painted with the unique design of the esports team’s logo, social media promotion campaigns, and the sharing of BMW’s leading technologies on both software and hardware development. 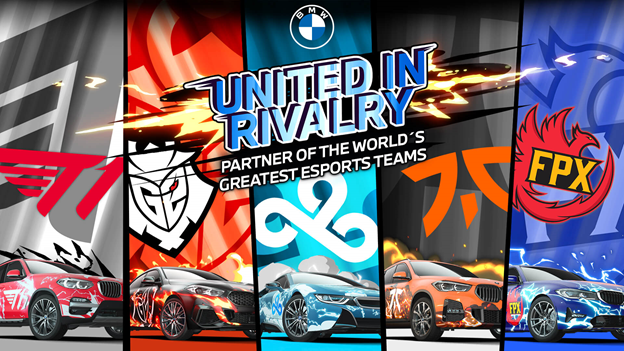 BMW did not choose the five esports teams randomly. It made a careful decision based on a detailed investigation of the teams’ popularity, geography and style. By selecting five teams from different countries, it avoids regional competition between those teams and their fans before the world championships, but is still able to extend its marketing influence to five countries with great purchasing power. As of the teams’ popularity and style, BMW picked the most outstanding ones within each country that matches BMW’s “shared pillars of excellence”: all five teams are common participants at the world finals of multiple game titles. They all have huge, loyal fan bases.

BMW pushes its “United in Rivalry” project forward with great execution. As Joe Marsh, CEO of T1 says: “Together with some of the most elite global esports organizations, T1 is thrilled to partner with BMW to elevate innovation and entertainment in the gaming industry.” BMW markets itself to the vast community of esports fans with respect. It separates itself from the other sponsors by not only selling its own brand but by finding new ways to collaborate with the esports community that is beneficial to both sides.

Xfinity recently pulled off a very successful embedded marketing campaign by reinstating the importance of a good internet connection at an esports event. It reached a deal with Blizzard’s Overwatch League (English feed) as its 2020 presenting and preferred internet service provider: a friendly extension of their former 2019 partnership. Due to the COVID-19 influence, Overwatch has modified its off-line 2020 League season to a solely online event with all players playing from either their team facilities or their homes.

When it comes to online MOBA (multiplayer online batte arena) gaming, it is common knowledge that the faster the internet is, the better your gaming experience is. To ensure the fairness of a professional esports tournament online, having a stable, high-speed internet connection across the board is of paramount importance.

By sponsoring one of the largest North America esports leagues, Xfinity achieves optimal product placement without trouble: every esports game needs a great network service provider. From the audience to the players, almost everyone engaged in the Overwatch League is a potential Xfinity customer. The effectiveness of this brand integration would greatly exceed other types of ads such as normal YouTube ads that most people cannot wait to skip over. It is a natural, relatable partnership that aligns perfectly. 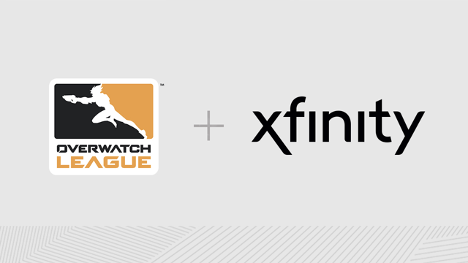 Brand activations within esports is no longer a dismissible topic. From cars to high end clothing, almost every brand could find an esports partner that could help it reach a large, diverse, and engaging audience. As the esports industry continues to expand, it will exert a growing influence on today’s pop culture.

In the three cases mentioned above, they succeed not because of mere luck, but because they knew their goals and audience well. Their cooperation is not a light-hearted sponsorship that stops at tucking their brand labels into an esports arena; those brands recognize the individuality of each esports game, as well as its unique fan demographics. They commit to producing a positive image that benefits both their own brands and the esports titles they sponsor. Together, they establish a partnership that could reach out to large fan communities that couldn’t be reached with regular marketing campaigns.

Interested in learning more about esports, brand integration, or other entertainment contents? Check out those great blogs our team has written below:

Check out our guide on how to do product placement in all types of content including video games, music videos and esports!