Product Placement Is The "New" Commercial

More viewers than ever are avoiding traditional commercials in any way they can. And thankfully for many, streaming platforms are creating a new way for viewers to watch their favorite television shows and movies without commercial breaks. With a growing popularity of Netflix and Hulu, individuals are not viewing traditional television advertisements the way they used to. And that is a problem for advertisers.

Streaming platforms are changing the advertising landscape and without traditional advertising, brands need to find a way to still tell their story and showcase their product in video content.  There is an option that many more brands are turning to than ever before - product placement. In this blog, Hollywood Branded shares why product placement, despite not being a new marketing practice, is finally being considered one of the newer alternatives to a commercial by brand marketers. 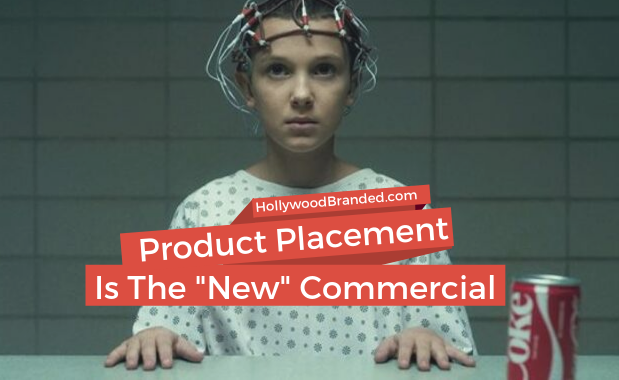 Stranger Things 3 was one of the most anticipated releases of this summer. The new season premiered July 4th and over 40 million people watched within the four days since its release. This worldwide supernatural thriller executes product placement flawlessly. The series is known for making 80s pop culture references and weaving brands into the season's plot line. One of the most infamous product placements was Eggo's; Eleven's favorite snack.

Along with product placements, clothing companies have created products that mimics the series plot and the look of the characters. Levi's created a "capsule collection" designed to look like the characters clothes. The clothing store H&M partnered with Netflix to create a line of t-shirts, shorts, and swimwear inspired by the Hawkins Community Pool featured in Stranger Things 3. Burger King, a brand that had a product placement in Stranger Things 3, sold a limited Upside Down Whopper Meal at selected locations.

More and more individuals are starting to subscribe to streaming sites, such as Netflix, Amazon, and Hulu. These streamers lack the traditional commercials found on cable and satellite channels. With a change from traditional television consumption, commercials are not being consumed as regularly and consumers are becoming less receptive to them. Product placements are more reciprocated by the younger generations, who make up the mass consumer group of streaming platforms. Product placements also can be used across various genres, unlike the traditional television advertisements which are featured in programs that correspond with the interest of viewers for the show. An audience can find culturally relevant brands in their favorite series despite it differing from the cult favorites of the season.

Varying shows take different directions when utilizing product placement. Some products are more in the background while others are featured in the frame. Some productions feature product integration, where the characters talk about the product or mentions it briefly in dialogue. Shows that do not highlight a product much and keep it as a background element are not as noticeable to the average viewer. Learn more about the differences between product placement and product integration from a previous blog post: Product Placement Versus Brand Integration Explained.

An example of a "invisible" product placement can be found in Gossip Girl. In one of the episodes, the product placement that went under the radar of the majority of viewers was for Vitamin Water. This product placement was primarily in the background for one scene, but it is there. The product placement is naked to the average consumer's eye, and hard to spot without looking for the product. However, Stranger Things has mentioned products and integrated them into the story, which makes them more noticeable to the viewer.

Different tactics are explored for varying shows based on the goal they have for the production. However, the most recent product placement in Stranger Things 3 has created a buzz in all forms of social media and with individuals who may not be interested in the product but are interested in collectors' items for the show.

As mentioned, Netflix is not new to product placement. When they decided to work with one of the largest beverage companies, Coca-Cola, they knew how to handle the collaboration. This season of Stranger Things took place in 1985. This is the same year Coca-Cola released one of their biggest flopped items; New Coke. This product was released and discontinued within a 79 day time period. This 1985 fail made a comeback when Coca-Cola ad a discussion with Netflix about making the product an integral part of Stranger Things 3 storyline.

While the brand has become notorious for its features or subtle locations in the entertainment field, being in television shows and movies was not their intention. According to the company, their inclusion in movies happened organically. The filmmakers included the beverage because they believed it belonged in the frame.

The feature of the product requires more sensitivity to context and an interest in authentic representation to create the "feelings" one has when seeing and consuming the soda. In fact, Netflix never intended to utilize product placement. The goal Stranger Things had when including these brands was to transport the viewer back in time. This includes the brands that were well-known at the time part of the landscape, not an intended promotional tool.

Why Brands Use Product Placement

But why would a well-known company, which never intended to use product placement, feature a flopped soda in Stranger Things 3? For cultural innovation? to keep up with the evolving media landscape? To break the internet? The answer is all of the above!

The goal for every brand is to stay relevant and keep their product in front of consumers. As Americans, we expect to see a character with a Coca-Cola soda in their hands. With a rapidly changing media landscape, and the change in how individuals consumer their television shows and movies it is becoming difficult to utilize advertisements the way they used to be. Coca-Cola, as it always has, is keeping ahead of the times and continuing to evolve with trends. 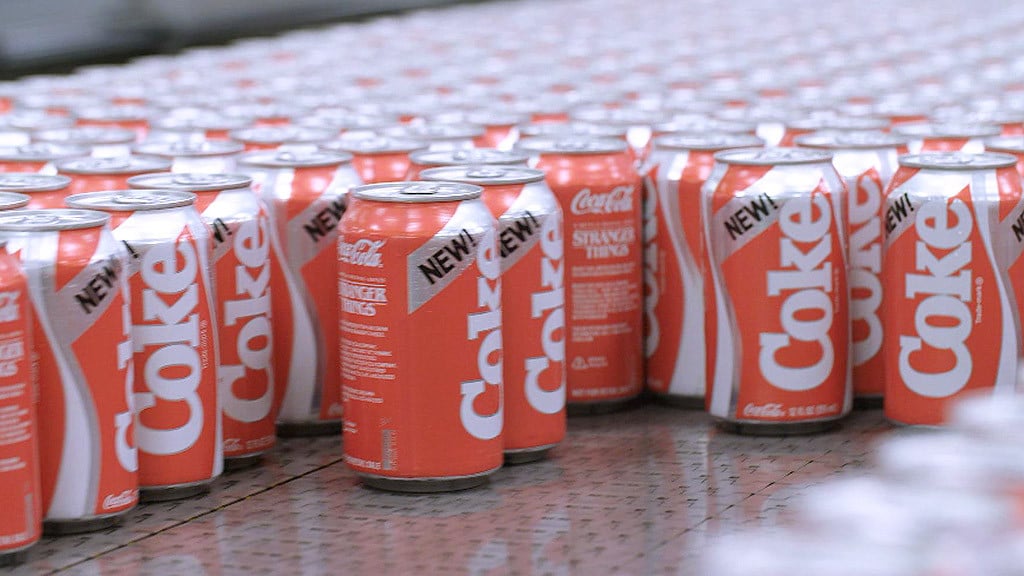 With the most recent release of Stranger Things 3, the brand has been relevant on a global level and capturing the attention of consumers with the mention of its name throughout the season as Lucas continues to rave about it. Despite the original release being a flop, Coca-Cola has turned their infamous fail into a 2019 collectors item. Rebranding, creating buzz, and staying relevant. Coca-Cola knows how to stay afloat in 2019. Product placement is the newest way to effectively get a product in front of a consumer.

In fact, according to Critical Mention, the media monitoring software platform our agency uses to track not only in-show television verbal mentions, but also the resulting media conversations around those partnerships , Coca Cola received over 13,000 media mentions directly after the debut of season 3 of Stranger Things, with over 32.5 BILLION digital media impressions, valued at over $1.26 billion.  That is a tremendous amount of earned media - and shows the power of a partnership between two powerhouse brands like Coke and Netflix's Stranger Things.

The viewing habits of individuals is changing every day. The options for reaching an audience is growing daily. If you are interested to learn more about product placement and how it has been used in other productions, check out blog posts written by out team!

Are you interested in product placement? Want to learn more about how it works? Check out our free Product Placement 101 guide.