Opposed to putting a known product into a show or movie, reverse product placement brings fictional products to the real world. This enables consumers to purchase products they’ve already seen in their favorite shows and movies. 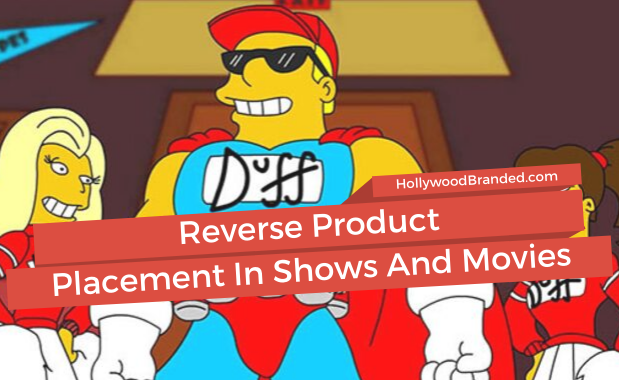 The fictional world of Harry Potter has magically made its way into reality in a variety of ways, from wand collectibles to a Hogwarts themed park in Universal Studios. One specific product that was launched after Harry Potter hit the theaters is Bertie Bott’s Every Flavored Beans. These jelly beans were famously included in the Harry Potter books and films, and are notorious for consisting of a mix of both good and bad tasting flavors. Packages contain traditional flavors such as cherry and green apple, but also some oddballs like grass and earwax, making this product even more authentic in the jelly bean market.

Bertie Bott’s Every Flavored Beans were licensed to Cap Candy and manufactured by Jelly Belly Candy Company, making Bertie Bott’s a line extension to their jelly bean products. Bertie Bott’s Beans can be purchased in multiple sizes and styles, including the exact same packaging that was featured in the film. Upon releasing these jelly beans, Harry Potter fans became able to take a gamble on which magical bean their taste buds would be exposed to, just like the characters did in the films and books. Overall, this product created unique experiences for consumers while appealing to their emotional connection with the Harry Potter characters and universe. 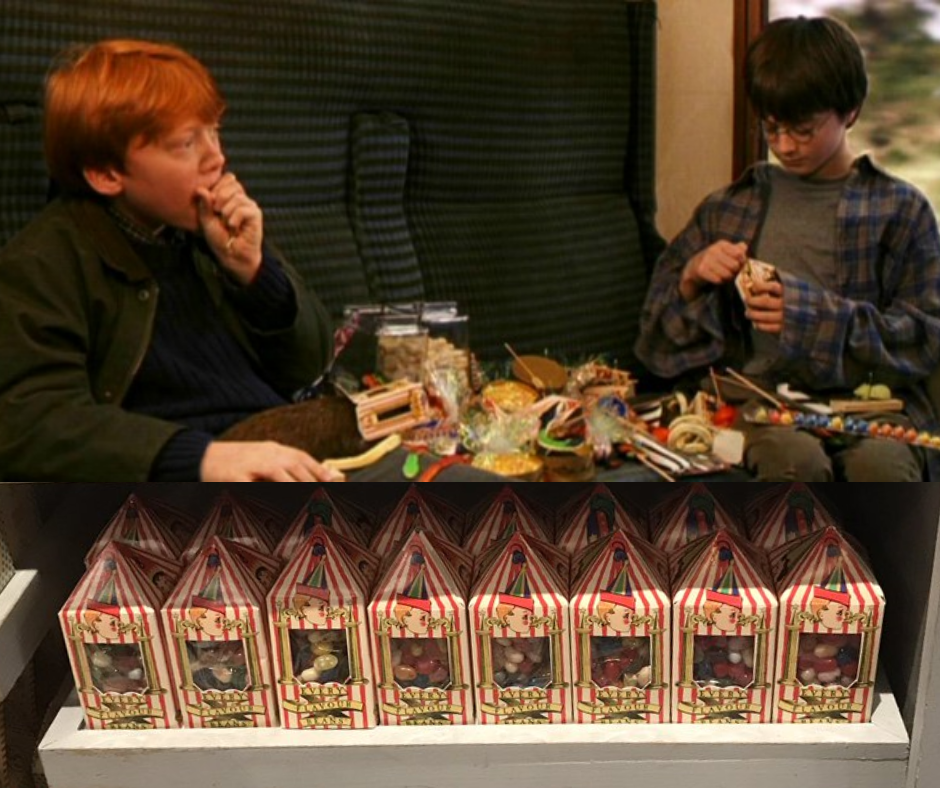 The Simpson’s Thirst For Duff

Homer Simpson, an iconic character from the classic animated series The Simpsons, is an avid drinker of beer. Homer’s taste in beer is limited to Duff, a fictional brand that is ubiquitous in the show’s town of Springfield. Duff beer is advertised to the characters of The Simpsons in a variety of ways, such as through its heroic mascot, comedic commercials, and enormous billboards. Duff even has its own witty slogan: “you can’t get enough of that wonderful Duff”. It only made sense for this Springfield-favorite to find its way into real bars and markets. Thus Duff became an energy drink and beer sold at select locations.

This same tactic was used back when The Simpsons Movie was released in 2007, where Fox partnered with 7-Eleven to add The Simpsons products to multiple 7-Eleven stores across the country. This strategy not only generated product sales, but was also used as a promotional tactic to create excitement for the movie itself. Just like with Harry Potter, Universal Studios has created multiple real-life Springfield locations in their Theme Parks, all of which are cluttered with such products. 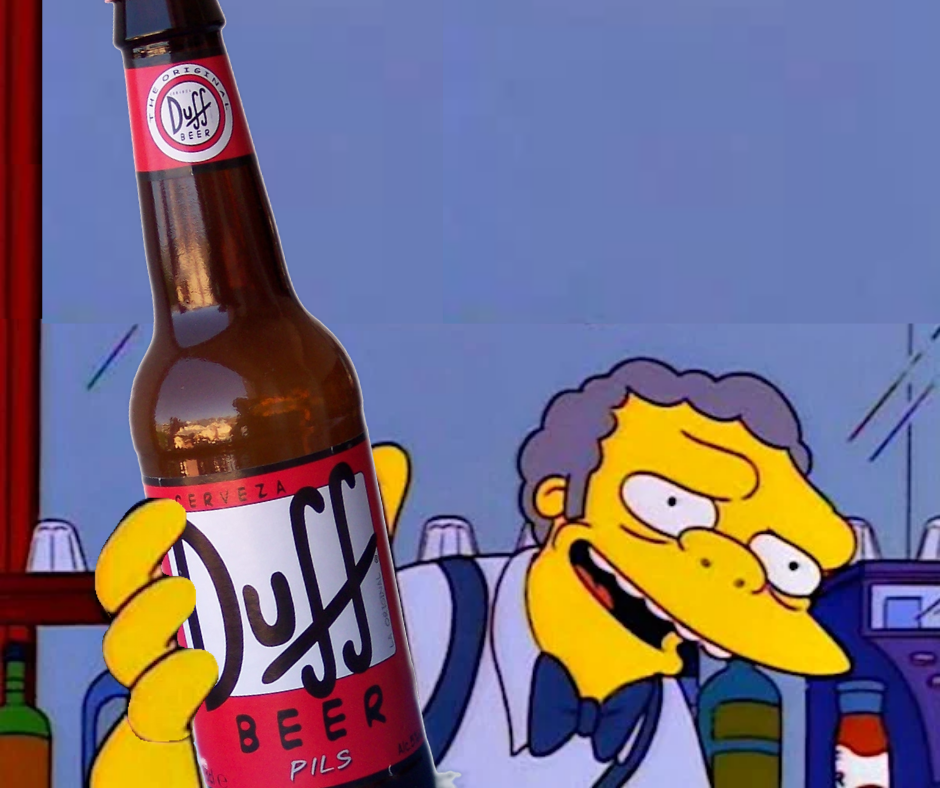 Every viewer had a smile and a sweet tooth as they explored the candy-filled world presented in Willy Wonka & the Chocolate Factory. Originating from a book titled Charlie and the Chocolate Factory, Willy Wonka employed catchy musical elements and extravagant candy inventions that stuck with its audience. This movie was deliberately made with a goal to utilize reverse product placement. The movie’s 3 million dollar budget itself came from Quaker Oats, who planned to release a movie-inspired chocolate bar after the movie’s release.

Although their original release of candy bars flopped due to production complications, the Wonka brand was still developed soon after. The Wonka brand released a variety of sugar-packed products such as Nerds, Gobstoppers, Laffy Taffy, and the Wonka Bar. Things were taken a step further by bringing the “golden ticket” campaign to life on multiple occasions. Whether it be winning a round-the-world trip, or a jackpot worth thousands of dollars, Wonka has successfully capitalized off of the excitement deriving from the golden ticket strategy seen in the movie. 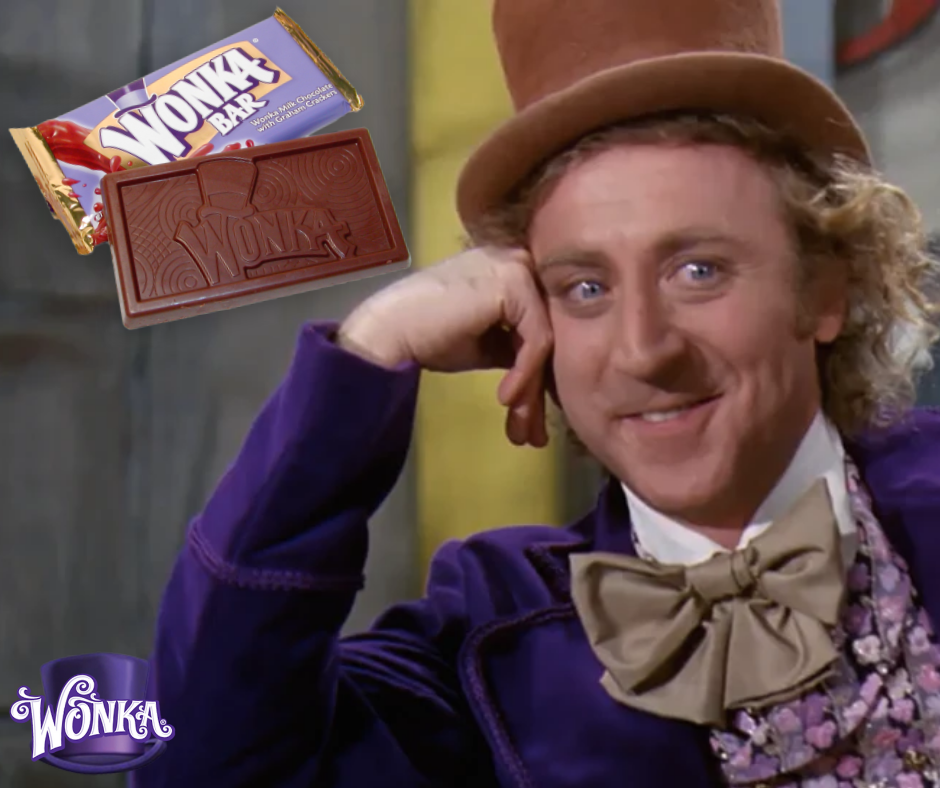 Products seen in entertainment have special places in the hearts of consumers and fans. Consumers are repeatedly exposed to these products through movies and shows, whether it be a casual reference to a product, or a full blown ad that the characters are watching. To eat delicious and disgusting jelly beans with a friend is to participate in the same activities as the characters in Harry Potter. To drink a Duff beer is to understand why Homer Simpson’s world revolves around the beverage. And to open up a Wonka chocolate bar is to experience the same suspense as Charlie, in an attempt to win the golden ticket.

The emotions that consumers feel when purchasing and consuming these types of products are special because they were first created through entertainment. Consumers may experience emotions such as curiosity, nostalgia, and adventure among many more. Product manufacturers may decide they want to license a product from an already established show or movie to create a product or line extension. Alternatively, a company may want to fund or implement a never before seen product into a show or movie for the sole purpose of introducing it to the market at a later date. There are a variety of ways to utilize reverse product placement as a marketing strategy, and there are endless opportunities to do so in creative and memorable ways.

If you're curious to learn more about product placement, or about the numerous partnerships Harry Potter has, then check out these related blogs: