Sofia Vergara may have lost to Merrit Wever in the Supporting Actress in a Comedy category at this year’s 2013 Emmy Awards, but in the income category, the Columbian-born comedian has got everyone beat.

The Modern Family star is number one on Forbes’ list of top-paid prime-time TV actresses for the second consecutive year. The bilingual actress’s $30-million earnings is due in large part to her multi-cultural appeal, which has made her one of the most in demand spokespersons.

The 41-year-old actress is not only one of the major stars of the Emmy-winning comedy, but she has secured celebrity endorsement deals with Diet Pepsi, CoverGirl, Rooms to Go, Comcast, State Farm Insurance and thyroid medicine Synthroid. In addition, Vergara has her own clothing line with K-Mart. 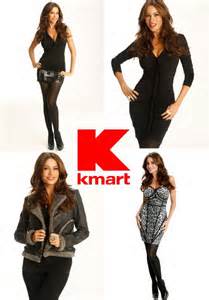 Vergara’s ability to capture a booming Hispanic market has put the Sofia Vergara Collection well ahead of her business competition, namely the Kardashian Kollection for Sears by the Kardashian sisters, who trail behind at number four on Forbes’ highest paid actress list.

The Latina actress is looking to reach the growing Spanish-language market in television as well. She is the executive producer of Killer Women, a new drama on ABC, and co-founder of management company Latin World Entertainment, which recently pitched a half-hour comedy with a starring Latina female role to Fox.

While it is certainly a plus that the Latina actress appeals to the rapidly-growing Hispanic consumer market, Vergara’s star power and influence extends well beyond the Latin community. She is a curvaceous, fashion-forward sex icon who appeals to women and men by holding a Diet Pepsi can or gracing the cover of a high fashion magazine. She is a devoted, single mother who appeals to the everyday, family-focused mom with her K-Mart clothing line.

Without a doubt, Vergara’s versatility and ability to traverse cultural boundaries has been invaluable to the brands she endorses.

Check out our blog article for more detail on the power of the right celebrity to drive up purchase sales.