The Celebrity Athlete As An Endorser: High Reward Low Risk

For brands, pursuing a professional athlete as a celebrity endorser is an appealing venture for many reasons. Sports in general appeal to a very large and diverse audience, primarily comprised of a male demographic brands yearn to engage with. Not only is the reach significant and pervasive amongst various demographics, but sports fans are also extremely passionate and often have strong emotional ties to their preferred sports teams and favorite players.  We take a look at why so many brands have chosen to capitalize on celebrity athlete endorsements.

As indicated by this last weekend’s Nielsen ratings, sports programming tends to dominate all other programming. For example, the current MLB playoffs and NFL games have significantly outperformed that of current drama and reality TV shows.

The Super Bowl commands the highest media buy as it is notorious for dominating ratings, each year building upon the previous, with its’ highest viewership numbers ever staggering at 111.3 million viewers in 2013.

The wildly-anticipated Mayweather v. Canelo fight last month brought in a record-breaking $150 million from Pay Per View viewers. The sport, which has been deemed The Super Bowl of combat sports, has made Mayweather the highest-paid athlete, earned strictly from fees paid to him to fight along with PPV viewership. As a side fact - Mayweather does not endorse brands, the typical source of most high-profile athlete’s abundant salaries.

There are many positive associations that come with an athlete endorsement partner: Loyal, team-oriented, hard-working, charitable, a once-underdog to success story, etc. Not only does enlisting the talent of a professional athlete as a brand ambassador create exposure for the brand, but that brand can take on the athletes’ positive associations over time. The only real risks a brand faces with an athlete are similar to those of any celebrity endorser should potential negative behavior by the celebrity directly rub off on the brand’s image.

But let’s look at what happens when the athlete gets injured, taking them off the field. Does the endorsement end badly for the brand? Not necessarily. Even when a sports figure is sidelined by injury, the brand can win – as the athlete actually has more time to participate in endorsement activities. 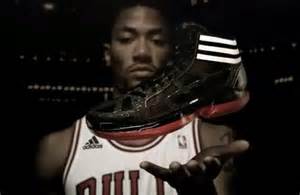 NBA point guard Derrick Rose of the Chicago Bulls suffered a torn ACL in the 2012 playoffs, which took him out of the entire 2012-2013 season. Rose, the youngest MVP in NBA history, had signed a 14-year, $260 million endorsement deal with Adidas just two months before the injury. Though it was a loss for the brand to not have Rose suited up in their gear for an entire season, leaving Nike and other competitors with the spotlight, Adidas came up with an alternative way to keep the endorsement engagement going.

Adidas collaborated with Rose to come up with their integrated #TheReturn campaign, which followed Rose on his road to recovery. A four-month web series documenting his life and injury supplemented other digital assets, as well as traditional ads and commercial spots, building anticipation for Rose’s return. “The Return of Derrick Rose” brought in over three million views on the Adidas YouTube page.

Through this campaign, Rose remained a relevant figure in the NBA despite being absent for a year, and actually increased the buzz surrounding his highly-anticipated return to the court earlier this month: a terrific example of a brand who faced a potential risk, and found high reward based on creativity.