The Hollywood Branded Team Weighs in on New Netflix Shows!

A New Year Of Netflix

This week Netflix announced several new shows for television and streaming video on demand that will be airing over the up-and-coming weeks including the debut of the acclaimed 2013 comedy “In a World…” Also premiering will be the full seasons of “Supernatural,” “Hart of Dixie,” and “The Following.”

Netflix has also introduced HGTV and The Food Network series, including “Anthony Bourdain: No Reservations,” “Diners, Drive-Ins and Dives,” “House Hunters,” and “Property Brothers.”
To get into the fall series premiere spirit, members of the Hollywood Branded office shared the shows they’re looking forward to watching from the selection available on Netflix. 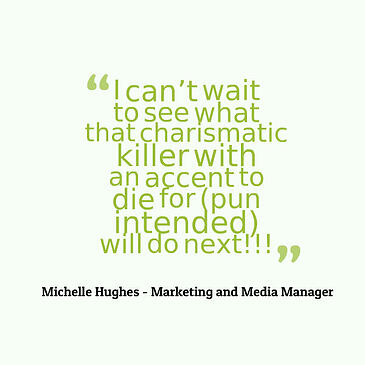 Stacy is looking forward to:

“Diners, Drive-Ins and Dives Collection – We seem to never have time at home to catch up with this show, but now will be able to binge! My husband and I like watching the series to not only see some of the strangest (and possibly yummiest) food creations, but also the insight into new potential travel places to consider! And when we spot one of the restaurants in a city we live in or plan to visit, it gets added to the ‘must do’ list!”

“Alpha and Omega: A Howl-iday Adventure, (2013). I’m not sure I should even be admitting this on a public forum, but Alpha and Omega will be added to our collection of TV shows to watch with our dogs (and leave on for them when we leave the house) who are rapt TV watchers when one of their own kind is on the screen!”

Diana is looking forward to:

“As a not-so-secret foodie, I live for the Food Network when I’m not watching Criminal Minds or Law & Order SVU. Give me the sharp-tongued Anthony Bourdain or over-the-top Guy Fieri any day.”

“On October 1 ALL 7 SEASONS of Gilmore Girls became available on Netflix. Between that and Hocus Pocus, I’ve spent a lot of time on my couch this October…”

Michelle is looking forward to:

“The Following – I can’t wait to see what that charismatic killer with an accent to die for (pun intended) will do next!” 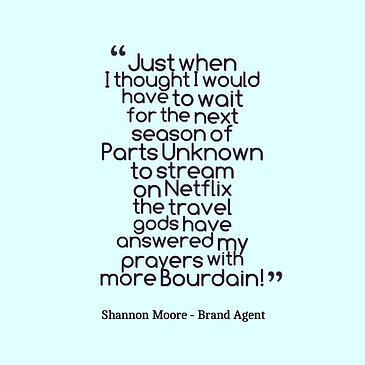 Shannon is looking forward to:

“Hands down, Anthony Bourdain: No Reservations. Just when I thought I would have to wait for the next season of Parts Unknown to stream on Netflix the travel gods have answered my prayers with more Bourdain!”

Abi is looking forward to:

“My recent relocation to the Los Angeles area has seen me house hunting non-stop. But now that I have found a place to call home, it is time to decorate! I am calling upon Netflix for some help and inspiration here – that’s why I am looking forward to the up-coming series of Property Brothers and House Hunters Collection. Not as exciting as everyone else, maybe, but a fun way I make use of Netflix!”

Streaming video on demand (SVOD) is becoming increasingly popular in households across the world. Arguably, the growing market of SVOD is generating a lot of buzz with a plethora of potential hits on the horizon. We want to hear what you’re looking forward to watching on Netflix! Are you a covert SVOD TV junkie, or is there something else particular you’re looking forward to?