Why It Could Benefit Your Beauty Brand

The era of male beauty brands and influencers is here, and you don’t want to miss it. Celebrities like Machine Gun Kelly, Harry Styles, and A$AP Rocky are challenging fashion norms on the red carpet, on the street, and inspiring a new generation with male beauty.

Your beauty brand could greatly benefit from a shift in male-targeted or androgynous marketing. You should jump on this early wave and consider partnering with a male celebrity or influencer. In this blog, Hollywood Branded will dive into the evolution of male beauty, some of the most famous male beauty influencers, and how your brand can take advantage of this shift in the industry. 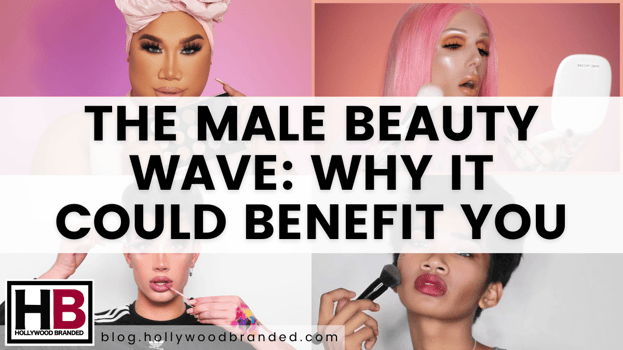 There have always been male celebrities who have challenged gender norms, especially those who did not identify as straight, cisgender men. However, what we are seeing now is a rise in primarily straight men creating their own beauty brands. So, let’s look at how this evolution started.

We all know how different beauty standards were hundreds of years ago. Men used to wear heels, dresses, and makeup. Even eyeliner was a popular beauty standard for men in Ancient Egypt. So, what changed? Male and female fashion started to split and become polarized in the 18th and 19th century. Men wore pants with a clean face, and women wore skirts and makeup. 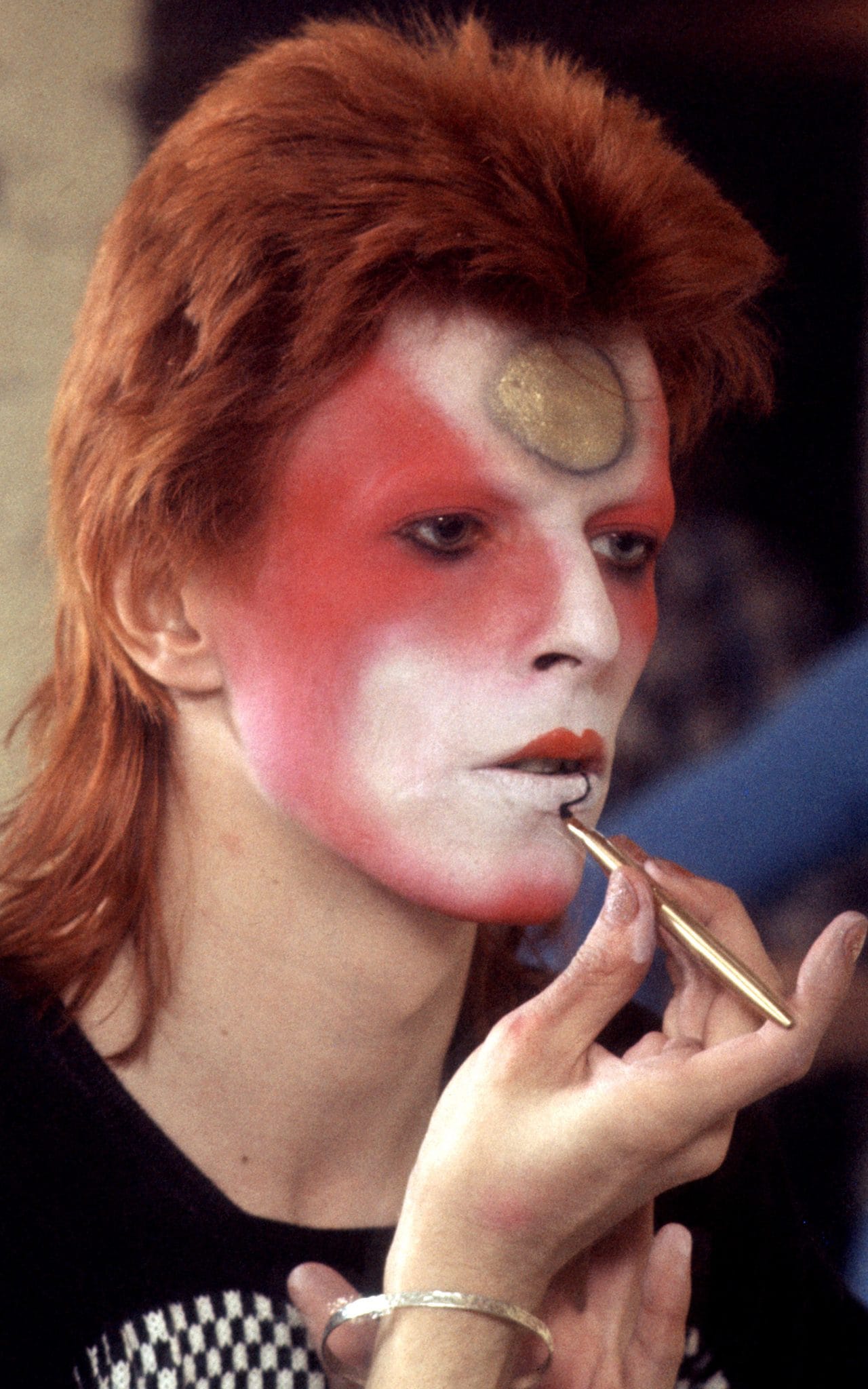 In the 1980s, things evolved even more. Boy George and Prince moved into a more “feminine” area of fashion and wore makeup often. Many of the same celebrities from the 70’s also continued to evolve their looks and wear makeup throughout the decade.

The eyeliner trend came back and stayed from the 1970’s through today with many male celebrities like Jared Leto, Johnny Depp, Billy Joe Armstrong, and Adam Lambert.

Celebrities like Harry Styles have become the face of this beauty movement, blurring the lines of gender norms for men. Soon, we can expect for these lines to blur even more, permanently.

On the other side of these trends, over the years, came drag queen stars like RuPaul, Trixie Mattel, and many others who helmed a male beauty revolution for gay men. This created a shift in social norms, making it more acceptable for them to wear makeup casually.

Following them were online beauty influencers, often identifying as gay, who created a new community for men and women alike who wanted to learn how to do makeup. Makeup brands started targeting their advertising to Gay men because of this. CoverGirl even took it one step further in 2016 and announced James Charles as their first ever male CoverGirl representative.

Now, let’s get into a couple of the male beauty influencers who have pioneered this beauty revolution over the last 15 years.

In 2009, Brian Michael Firkus, also known as Trixie Mattel, rose to drag fame after winning Season 7 of RuPaul’s Drag Race. Trixie became known for her unique and dramatic makeup look, featuring overdrawn eyeliner and an unblended contour line on her cheekbone. In 2018, she did a collaboration with Oh Honey! which included a lip gloss and eyeshadow palette. 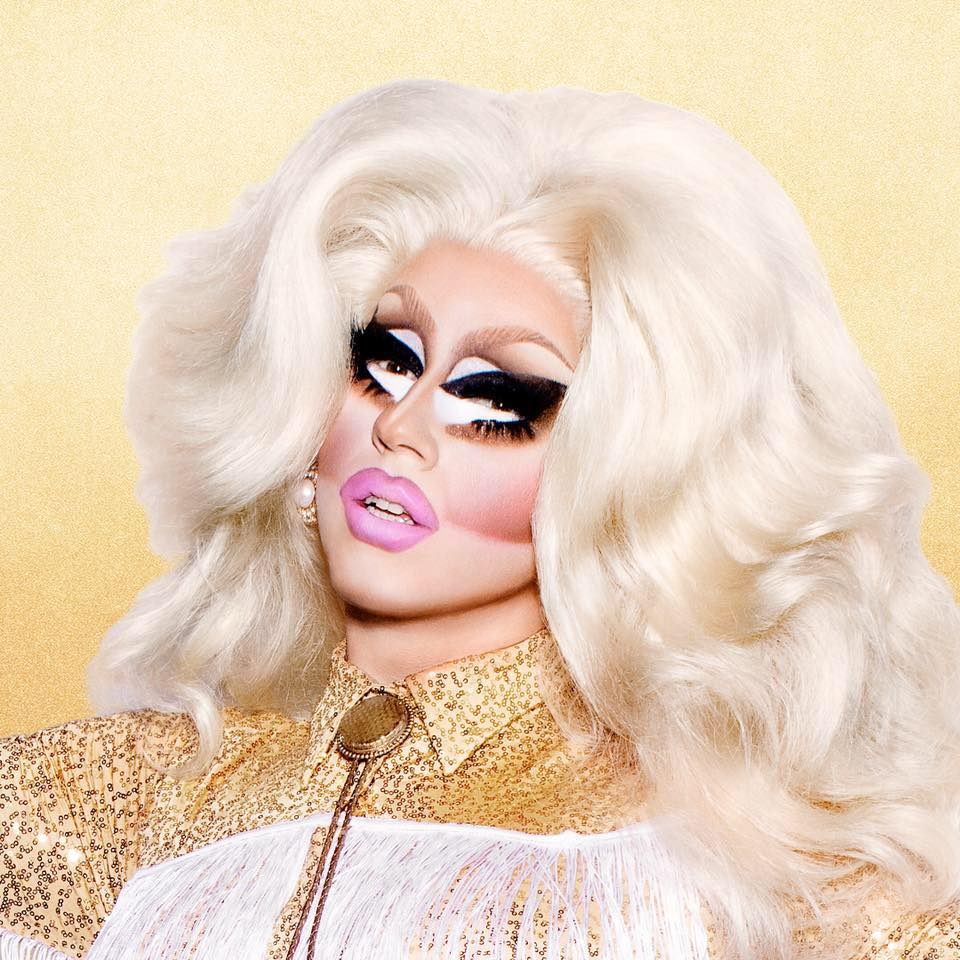 10 years after her rise to fame, Trixie released her first makeup line; Trixie Cosmetics. Since their launch, the brand has expanded to include other products, like t-shirts and accessories. It’s safe to say that Trixie was one of the first male-identifying celebrities to launch their own makeup line and be successful at it.

In 2013, the first of the male YouTube beauty gurus started rising to fame. Patrick Starr came first, becoming famous for his heavy full-face makeup looks, then Jeffree Star moved into the beauty area of YouTube in 2014 and started his own makeup company. This past year in 2020, Patrick Starr launched his own makeup line in collaboration with Sephora called One Size. 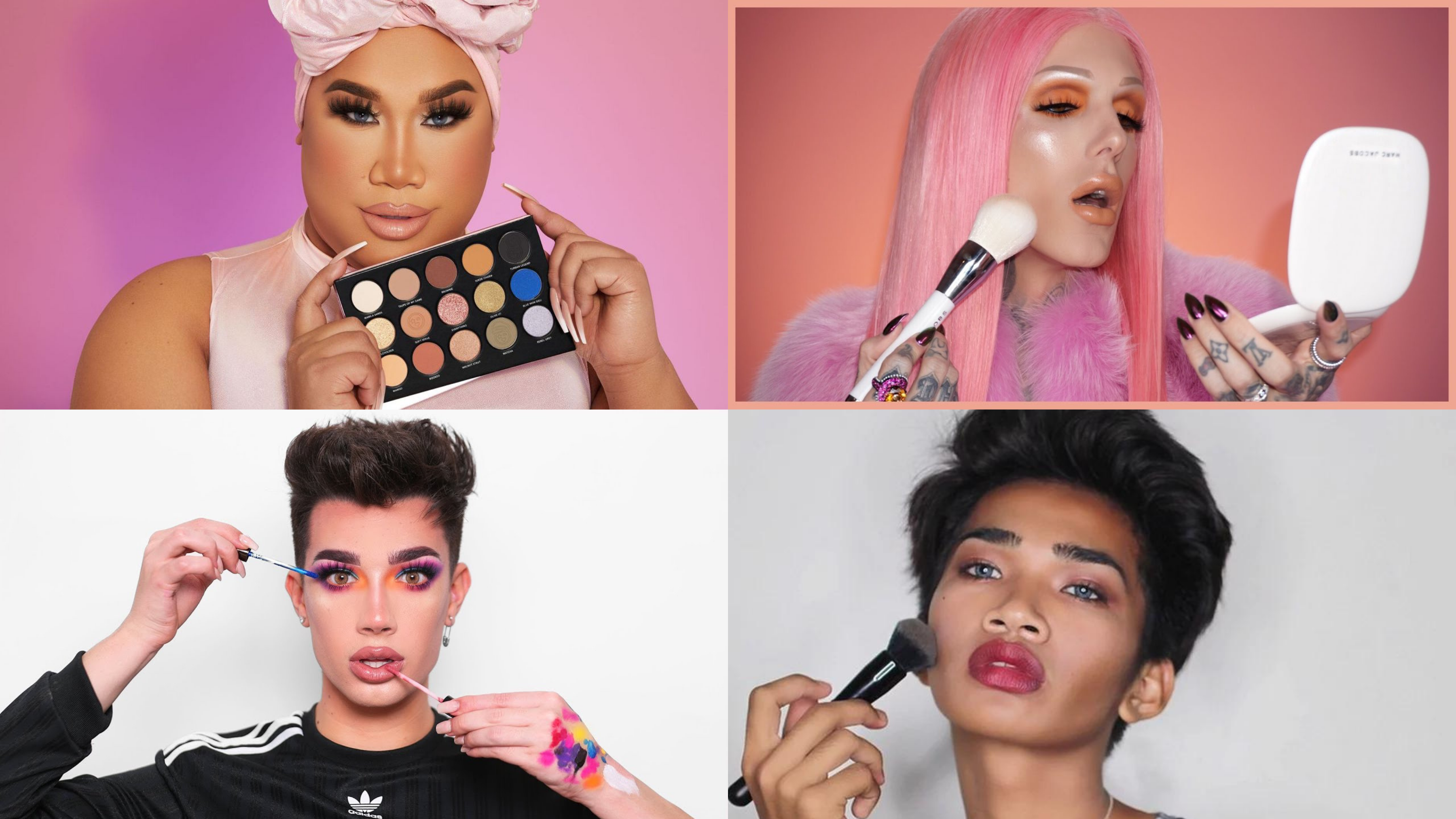 After that, James Charles rose to popularity one year later in 2015, and started having famous celebrity guests on his YouTube channel. In 2018, Charles collaborated with Morphe Cosmetics to make his own makeup, The Sister Collection. And, in 2019, The James Charles palette came out in collaboration with Morphe and Ulta Beauty.

A couple of years after that, Bretman Rock started to gain popularity on apps like Vine, Snapchat, Instagram, and eventually YouTube. All of these male makeup gurus have created an accepting community where there are no beauty rules. Although he hasn't created his own makeup line or collaboration, he has become somewhat of a spokesperson for his favorite beauty products. 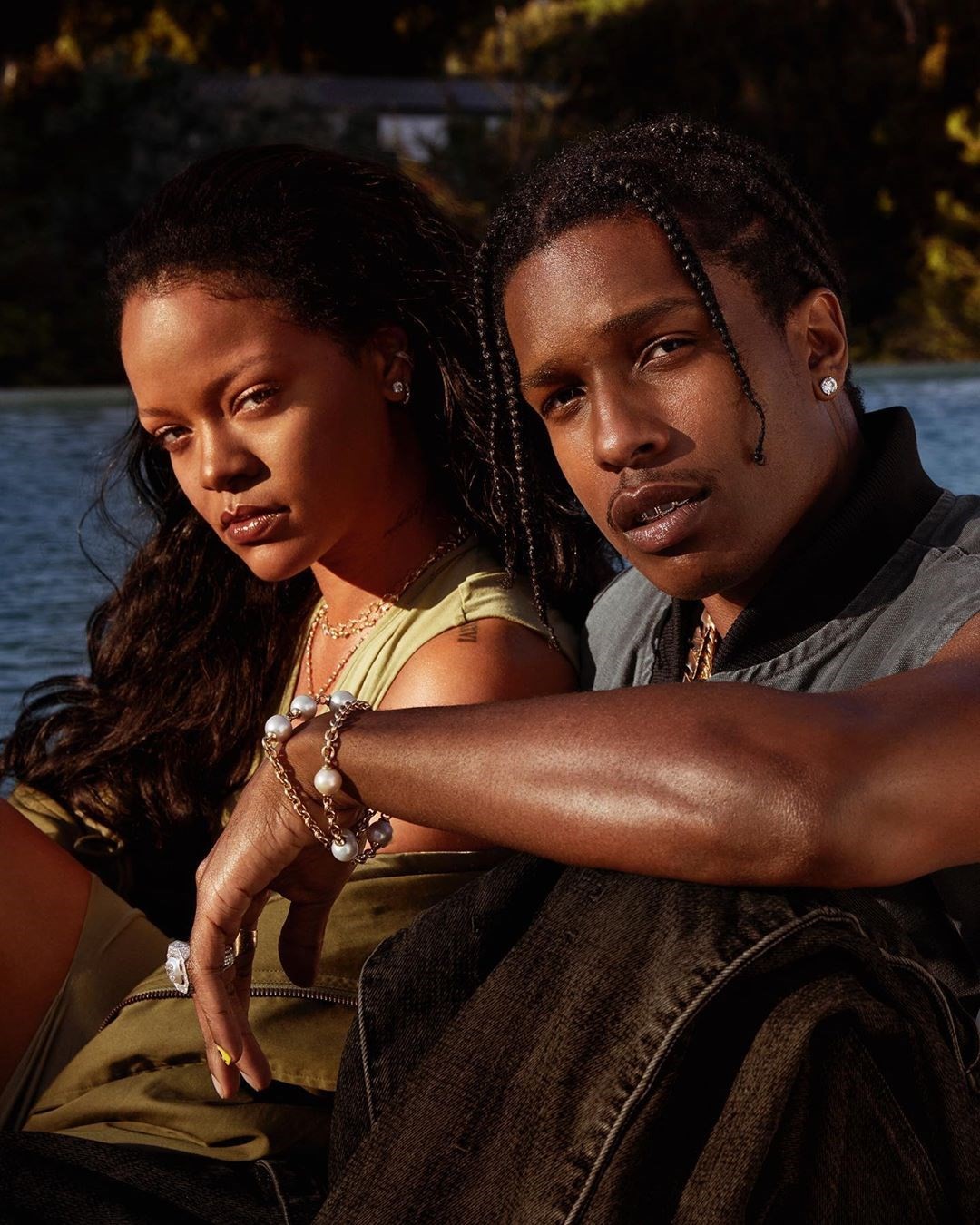 A$AP Rocky is getting an honorable mention, since he hasn’t ventured into the makeup world yet but has helped normalize gender-neutral skin care in partnership with Savage X Fenty. Last summer, in July of 2020, Rihanna announced that she was including A$AP Rocky and Lil’ Nas X in her Savage Fenty Skin launch.

Both male celebrities played a role in the creation of the products, and the advertising of the campaign across several digital platforms. Rihanna and Rocky even set down with Vogue for a ’15 Questions’ interview in which they both talked about beauty preferences and skin care and plugged the upcoming skincare line.

Although there have been many other iconic male figures who have influenced the beauty industry and paved the way for this shift, these have been the most influential in the last decade.

How A Male Influencer Could Benefit Your Brand

As we’ve established, the beauty industry is changing for men and has been for a few years now; but how many men are really open to this change?

According to a study done by Morning Consult in 2019; “thirty-three percent of men ages 18-29 said they would consider wearing makeup.” Some statistics sources even expect close to a 60% increase in the male beauty market by 2027, raising the value from $47 Billion to $75 Billion.

The Morning Consult study also mentions that men ages 18-29 tend to be more open to the idea of makeup than other age groups. However, the study doesn’t specify sexual orientation.

Because of the demographic of male beauty influencers for the last 5 years, it could be argued that a higher percentage of gay men are willing to purchase makeup products over straight men.

It’s clear that we are at the very beginning of a life-long shift in the industry, so it’s best to jump on the bandwagon now. Studies also show that Gen Z consumers value authenticity in the companies that they buy from and seek out businesses who are interested in supporting diverse communities in their marketing.

Adding a male influencer to your team could change your brand’s reputation in the eyes of Gen Z and younger Millennial consumers and boost your overall sales. This marketing strategy could also be the key to sensationalizing your brand, becoming a part of a bigger conversation about beauty standards, and making your brand a household name.

How To Start A Male Beauty Partnership

When it comes to finding male beauty influencers, it may be a challenge since the movement is so new. However, that doesn’t mean it’s not possible. There are numerous up-and-coming beauty influencers who are taking after stars like James Charles, and even more who aren’t beauty-centric but would be willing to represent your brand.

Since nail polish and makeup are becoming hot trends for straight men, it should be easy for you to find a big influencer who would be interested in a partnership. However, with that said; there are some things to take precaution of when partnering with any type of influencer.

Before partnering with a social influencer, you need to consider if their values align with your brand, if their audience aligns with your brand, and if their engagement is high enough to make the partnership worthwhile.

You should always make sure that an influencer’s followers resemble your target audience. Checking up on their audience statistics is important. You can look at age range, interests, and employment as well as many other factors to determine if their audience would buy your product. 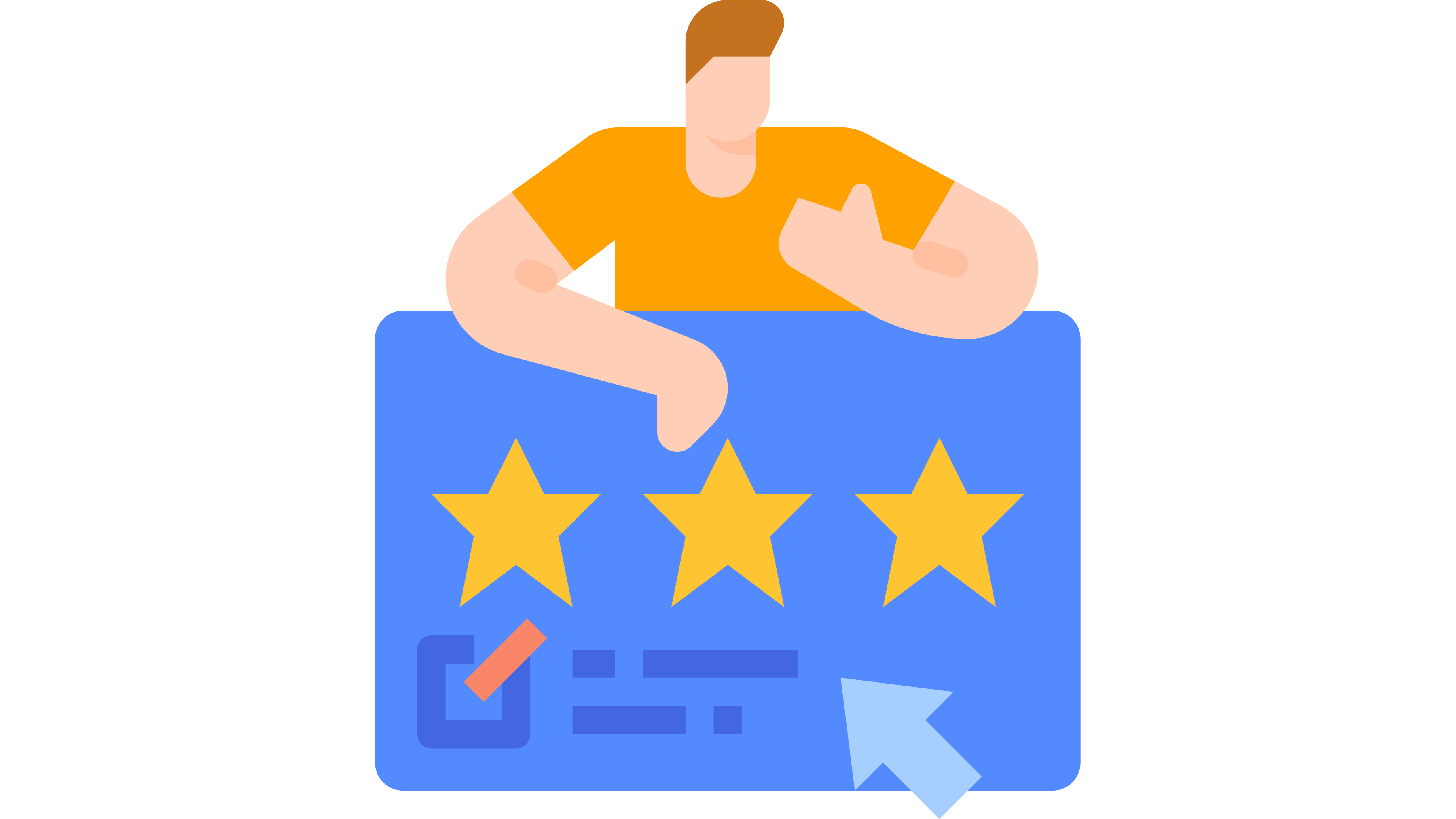 Additionally, you want to consider how often the influencer’s audience is engaging with their content. Don’t just pick influencers with a high following. It is crucial to consider the statistics of their engagement which you can see on a variety of influencer statistic websites. If your influencer’s engagement rate is between 1% and 5%, the partnership would be worthwhile.

Lastly, be aware of fake influencers and stay away from people who buy followers. Making the mistake of partnering with influencers like these will often guarantee failure in the partnership campaign.

Are influencer partnerships new to you? Are you not sure where to start? Or, do you know a little bit about them but what to know more? Well, you're in the right place.

Hollywood Branded has been doing influencer marketing for over 13 years, and has made enough mistakes that we can teach you how to avoid them. Check out some of our agency blogs to read more:

For a complete guide to Influencer Marketing, download our partnerships report!