Many people forget that the release of movies and TV shows is no different than the launch of the latest iPhone or Burger King’s newest addition to their menu. These productions require just as much of a marketing budget, and in the past couple of years, we’ve seen the networks and studios get just as creative with their advertising, including adding influencers to the mix.

Knowing that they, too, have to reach these niche audiences, the distributors are no longer banking on a trailer going viral. They have also taken to social media to help get the word out about their premieres and launches. In this blog, Hollywood Branded explores our top favorite influencer partnerships with movies and TV shows. 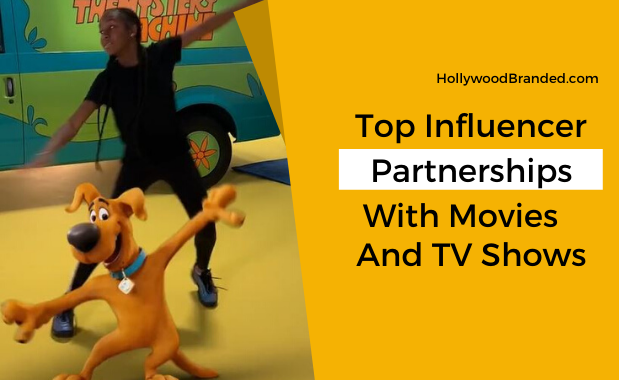 Warner Brothers officially set the TikTok tone with this film, really solidifying the platform as the best new spot to market your film. The marketing team had the film partner with 14-year-old Jalaiah Harmon, who quickly became a hit TikTok maven when she created the viral “Renegade” dance. For Scoob!, Harmon created the #ScoobDance challenge showing her dancing alongside a cartoon Scooby to a song off the film’s original soundtrack.

In addition to Jalaiah, Warner Brothers partnered with many other TikTok influencers to help spread the challenge, the rest is history! In just two days, the #ScoobDance had racked up over 880 views. As of July 2020, two months after the campaign launched, the hashtag is up to 6.8 BILLION views!

Warner Brothers did this without offering any prizes to participants, which really shows the viral ability of TikTok. Users of the app simply liked the dance and wanted in on the challenge themselves, looking to participate in something that was trending in the hopes of garnering more views for themselves.

Check out Jalaiah and Scooby’s debut below!

Not your typical production, but also not your typical promotion! In April of 2020, right as everyone was adjusting to the new normal of quarantine, the NFL was tasked with breaking everyone’s normal news cycle by drawing their attention to their latest draft.

It was so important for the brand to partner with social media platforms like TikTok, Instagram, and Youtube. The reason being that the NFL draft is typically a massive in person event that travels to a new US city every year. Of course, the NFL didn’t have that same spectacle opportunity this year thanks to a little virus called COVID-19. As a result, the crew was forced to really rely on unique marketing techniques to promote this now-virtual event.

Using #GoingPro, the NFL motivated TikTok users to create videos, participating in dance trends and encouraging their friends to do the same. They even got their commissioner, Roger Goodell to get in on the game as well! In less than a week the campaign had garnered over 580 million views! TikTok also added a unique visual effect allowing users to create a virtual player card showing key athlete stats. In addition to the dance challenge, TikTok also showed a livestream simulcast of the "Draft-A-Thon Live," which was a COVID-19 relief effort spearheaded by the NFL. The #GoingPro hashtag directed TikTok users to the NFL website where they could donate.

To generate awareness for the Tiffany Haddish, Salma Hayek, and Rose Byrne-lead comedy, Paramount enlisted the help of some very famous influencers… arguably the most famous! If you guessed the Kardashian’s, you guessed right! The famous sisters took to both their Instagrams AND Kourtney’s lifestyle blog, Poosh to shed light on the film and what it’s like to Be A Boss.

It all started out with a fun girl’s night at Kourtney’s house. The studio decked out her backyard with a popcorn cart, candy bar, and full outdoor theatre so Kourtney and her closest friends could catch a special screening of the film. They even had one of the cast members, Billy Porter, there to provide a quick synopsis of the film before it began. All of the high-profile guests, including the Kardashian clan, Instagrammed Storied the night away hashtagging the film title and driving awareness to its upcoming release.

Check out some photos from the intimate event below. 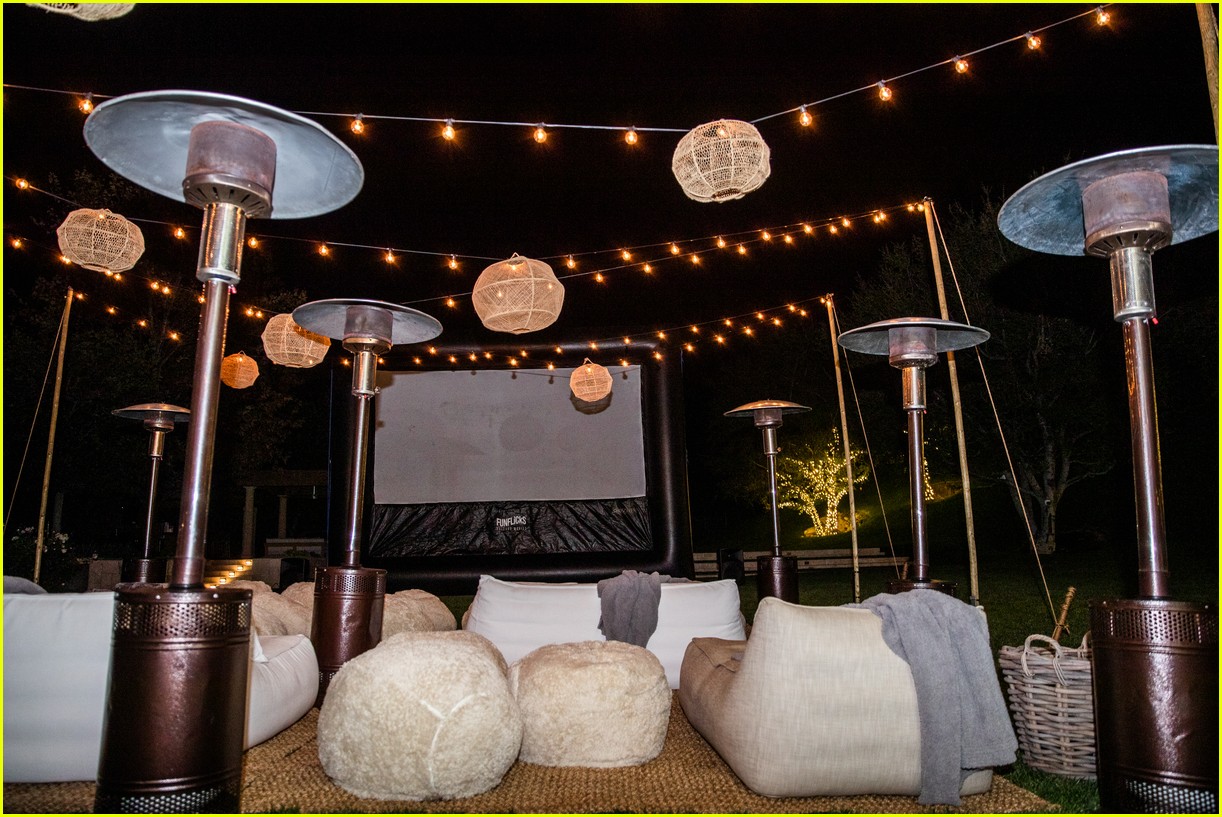 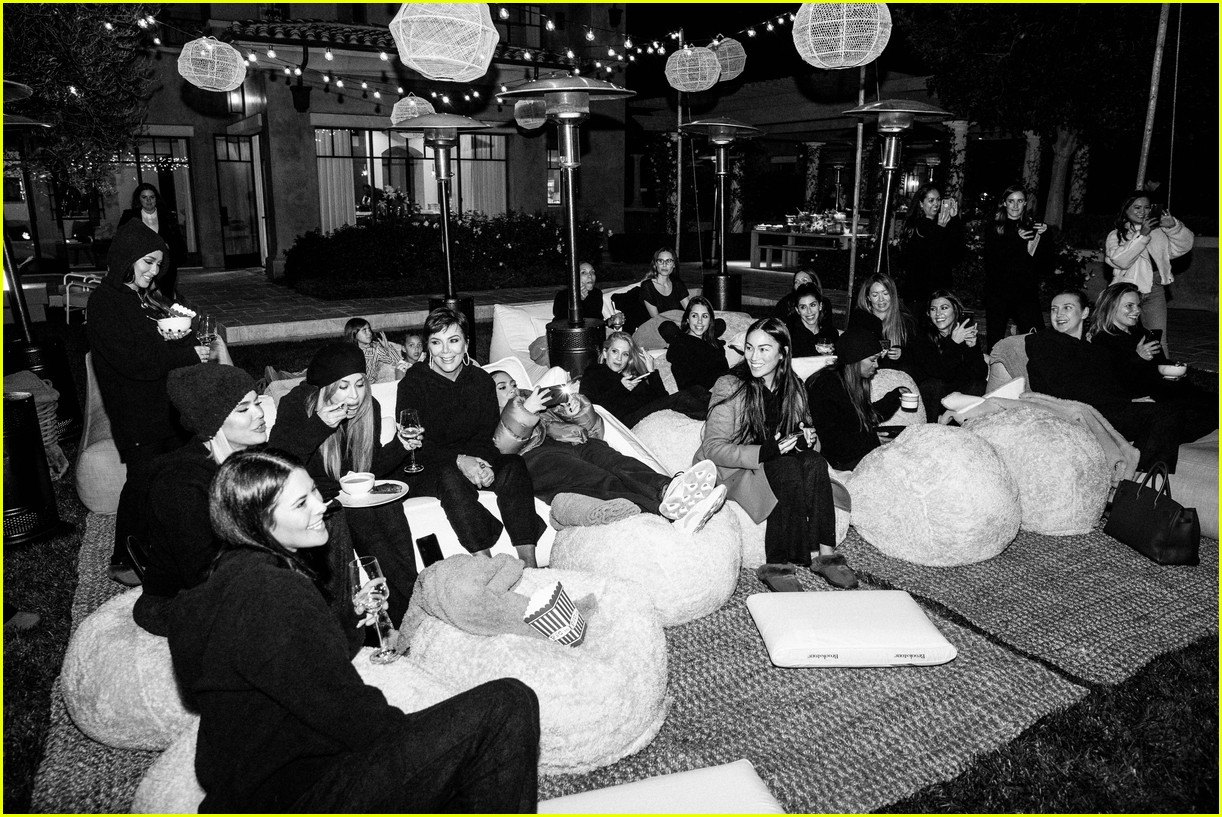 It didn’t end there, though! The partnership with Kourtney continued that same week with the influencer’s lifestyle blog, Poosh, which published an article on their site about what it’s like to work with friends, a strong theme in the film. The article included a sit-down interview with Kourtney and her top fellow Poosh executives (and best friends). The video piece is interwoven with scenes from the movie, all driving attention to its upcoming release.

The partnership was great. Kardashian followers love to stalk their lavish parties, and an upscale girl’s night was no different. It was spot on for the film’s demographic as a young woman’s comedy, so we have no doubt that this collaboration helped lead to box office sales. It certainly drew awareness in ways that standard film promotions could not.

Poosh posted an Instagram driving to the article on the day of the film's release as well. 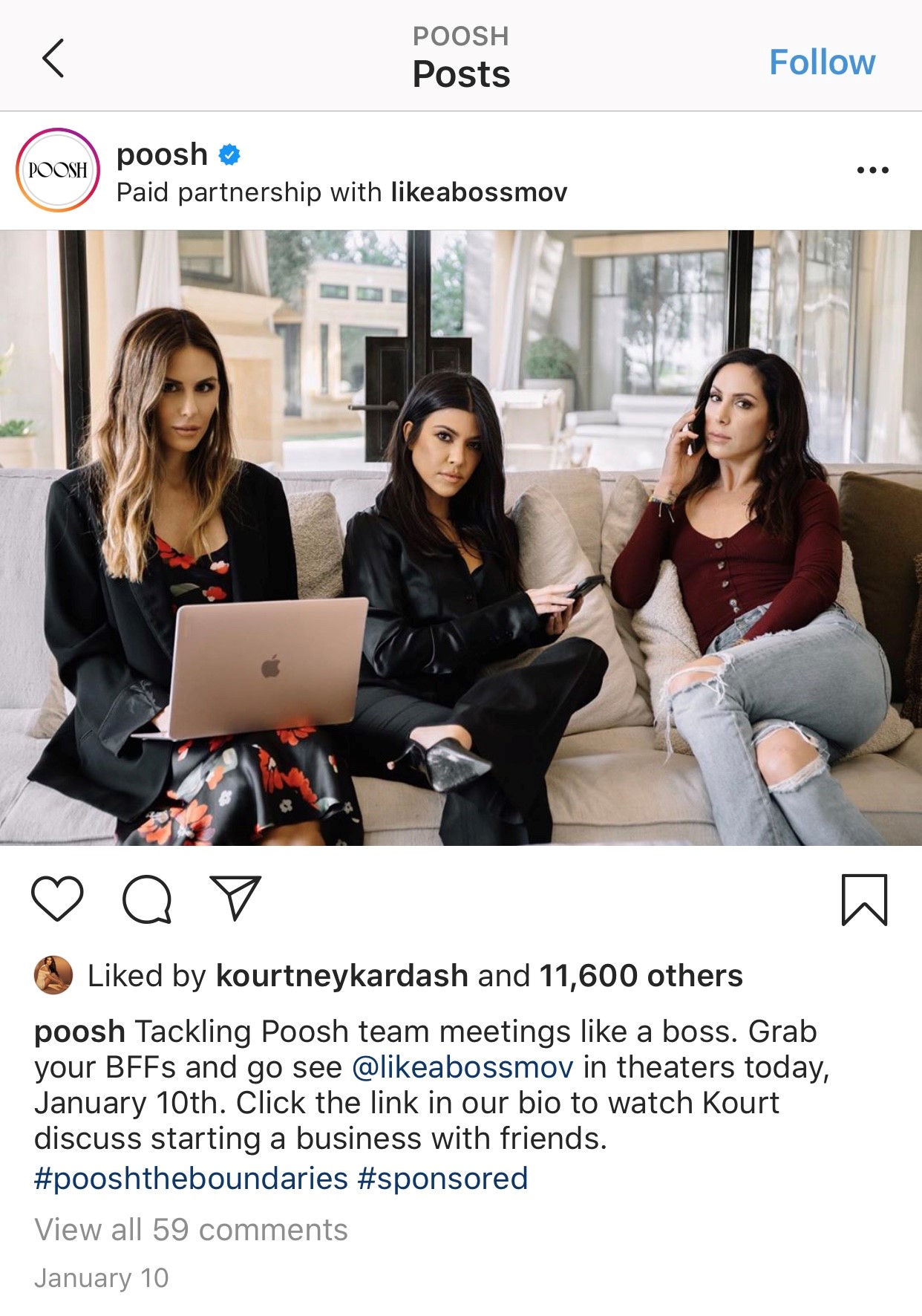 As the world becomes more and more digital, a good trailer running on cable TV just isn’t going to cut it anymore. We’re living in a world of major studios not only competing with each other, but now competing with the amazing content you can get right from your couch thanks to Netflix, Amazon, Disney+, Apple TV+, HBO Max, Hulu, and more. And their range of content is geared towards all different age groups, including millennials and Gen Z'ers who spend massive amounts of time on social media. This fact makes it clear that to reach this demographic, social media is where you need to be. A great trailer running during a playoff game isn’t going to cut it anymore. These distributors are being forced to get creative and interactive with their potential audiences, and it’s paying off. The TikTok impressions, alone, prove the value of these social media landscapes. This is a trend we see only getting bigger and more creative – bring it on!

This is just the tip of the iceberg when it comes to influencer marketing and all of its benefits. Hollywood Branded has a series of classes you can take to become an official influencer marketing expert! This class offers everything you could need to know and more - check it out below!