The Transition From Podcasts To The Big Screen

The Growth of Podcasts

The rise of podcasts has grown immensely and 2020 is no short of high listener rates because the pandemic has skyrocketed numbers even more. People love podcasts due to the easy on the go accessibility and in March 2020, it was recorded that 104 million Americans listen to podcasts daily, which is probably even more by now.

On September 24th of this year, Spotify (who, despite being a music streaming platform, have an array of podcasts and boast 21% of all users utilizing the app solely for podcasts) and Chernin Entertainment Group announced a multiyear first look partnership, where Chernin Entertainment will be able to choose from the 250 original podcasts on Spotify and repurpose into other forms of media, like film and TV shows. In this blog, Hollywood Branded will discuss how platforms like Spotify are transitioning to the big screen and show examples of some popular podcasts have turned to shows today. 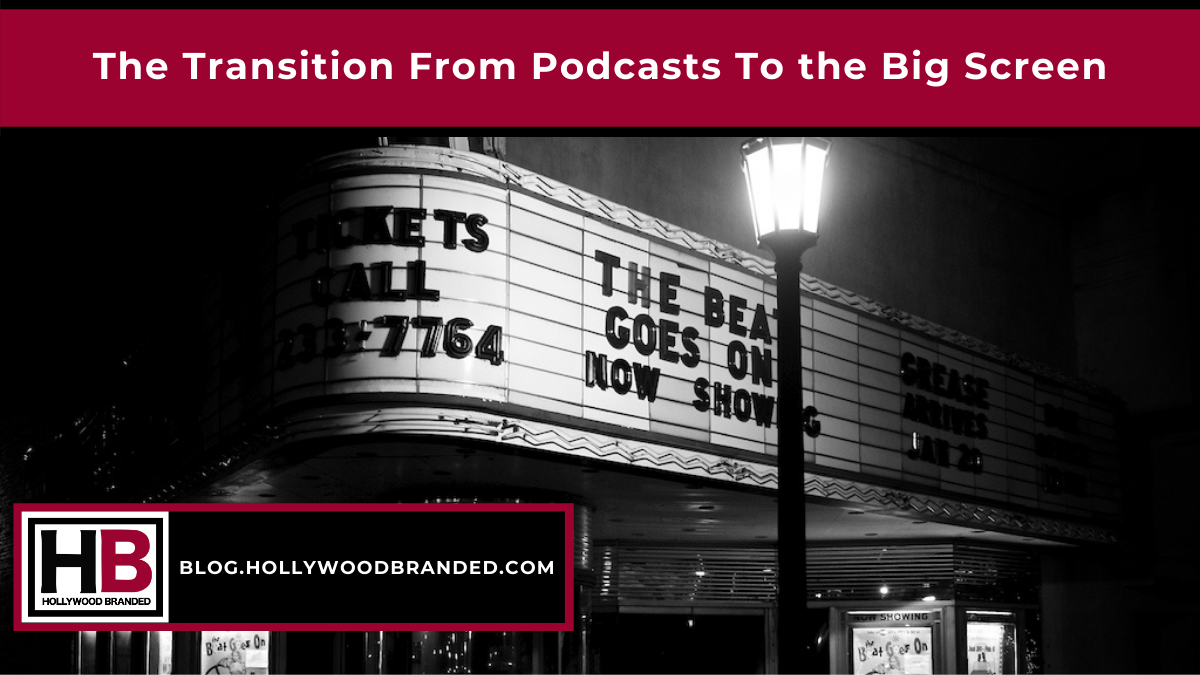 Who Is Chernin Entertainment And Why Is This A Big Deal?

Chernin Entertainment is an American Television and Film production company founded by Peter Chernin. This group has produced some major films like "Ford Vs. Ferrari," "Rise Of The Planet Apes," 'The Greatest Showman," and many more. Along with producing films, The Chernin Group also invests in and plays a role within business media, entertainment, and technology - hence the partnership with Spotify.

The Chernin group plans on connection podcasts creators and hosts with big production companies like Netflix, Hulu and other streaming platforms to turn many popular podcasts into shows for video programming. 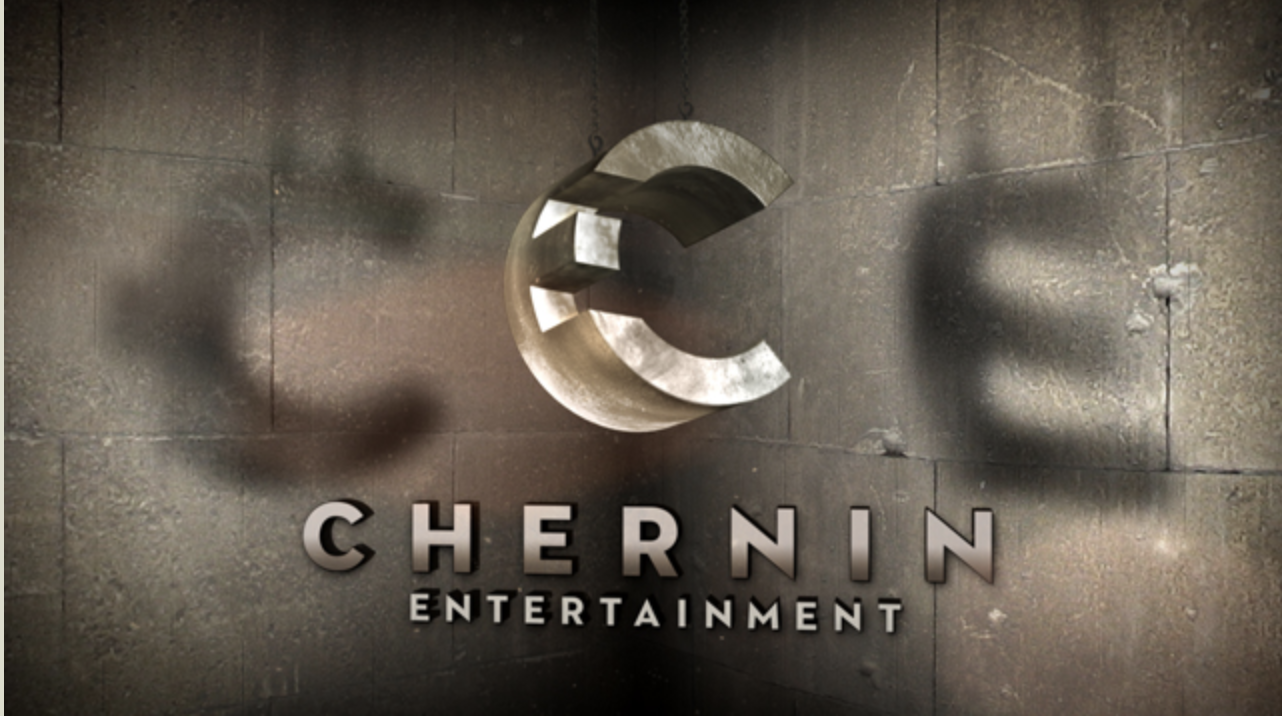 Podcasts have the largest volume of unattached IP (Intellectual Property) and the most programming from independent people, which means that with this partnership, IP is going to be shown in an entirely new format. With podcasts, we see everyday and average people creating podcasts that are wildly successful, and this also brings in an exciting opportunity for rising creators to be in the limelight and on the big screen for the first time.

Podcasts are a great way for advertisers and brands to reach their target audience because podcasts in and of themselves are already curated to the listeners' preference. Not just any brand is going to advertise on a podcast because their main goal is to hit their target market.

Podcasts are already personal as it is and and oftentimes it feels as if you are having a conversation with the person speaking. So, when an advertisement comes in between the podcast, it feels organic and tailored to the listeners consumer preference. Listeners are already invested in the podcast and hearing an ad from the host or narrator is a more authentic way of advertising versus seeing an ad on a website or commercial.

With the partnership of The Chernin Group and Spotify, it offers a greater opportunity for new voices and even brands. The chances of brand advertisements being on the original 250 podcasts Chernin Entertainment inherited is extremely likely and this could unlock potential product placement deals for these brands.

Podcasts To The Big Screen

With the wide variety of IP that podcasts offer, turning the audio into other forms of digital media like TV shows and movies is not hard, and has been done by other platforms. Chernin Entertainment and Spotify have not announced exact projects that will be released in 2021, but one of the popular true crime podcasts on Spotify, “The Clearing” is said to be taken on by Chernin Entertainment and Pineapple Street Media to be turned into digital media in the upcoming year. Peter Chernin states, “This treasure trove of content plus the acceleration of new voices and stories provides an enormous opportunity to transform these addictive stories and IP into content for the screen.”

3 Examples of Podcasts Transitioned To Movies

Dirty John is a true crime podcast that became a massive success in 2017 when it first came out. In 2018, the podcast joined forces with the Bravo Network Platform to create a mini-series that is now streaming on Netflix.  The podcast is hosted by investigative journalist Christopher Goffard and was created by Wondery and the Los Angeles Times. Dirty John is based on the frightening true story about a man named John who preyed on a wealthy woman named Debra Newell and her family. 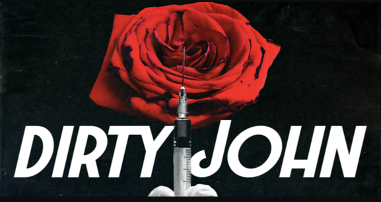 2 Dope Queens is a talk show podcast that turned into an HBO Special in 2018. The podcast first aired in 2016 and stars comedians Jessica Williams and Phoebe Robinson and was produced by WNYC Studios. 2 Dope Queens is a stand-up comedy and storytelling show hosted by two besties that bring on their friends and fellow comedians to talk about topics ranging from sex and love to life in New York. 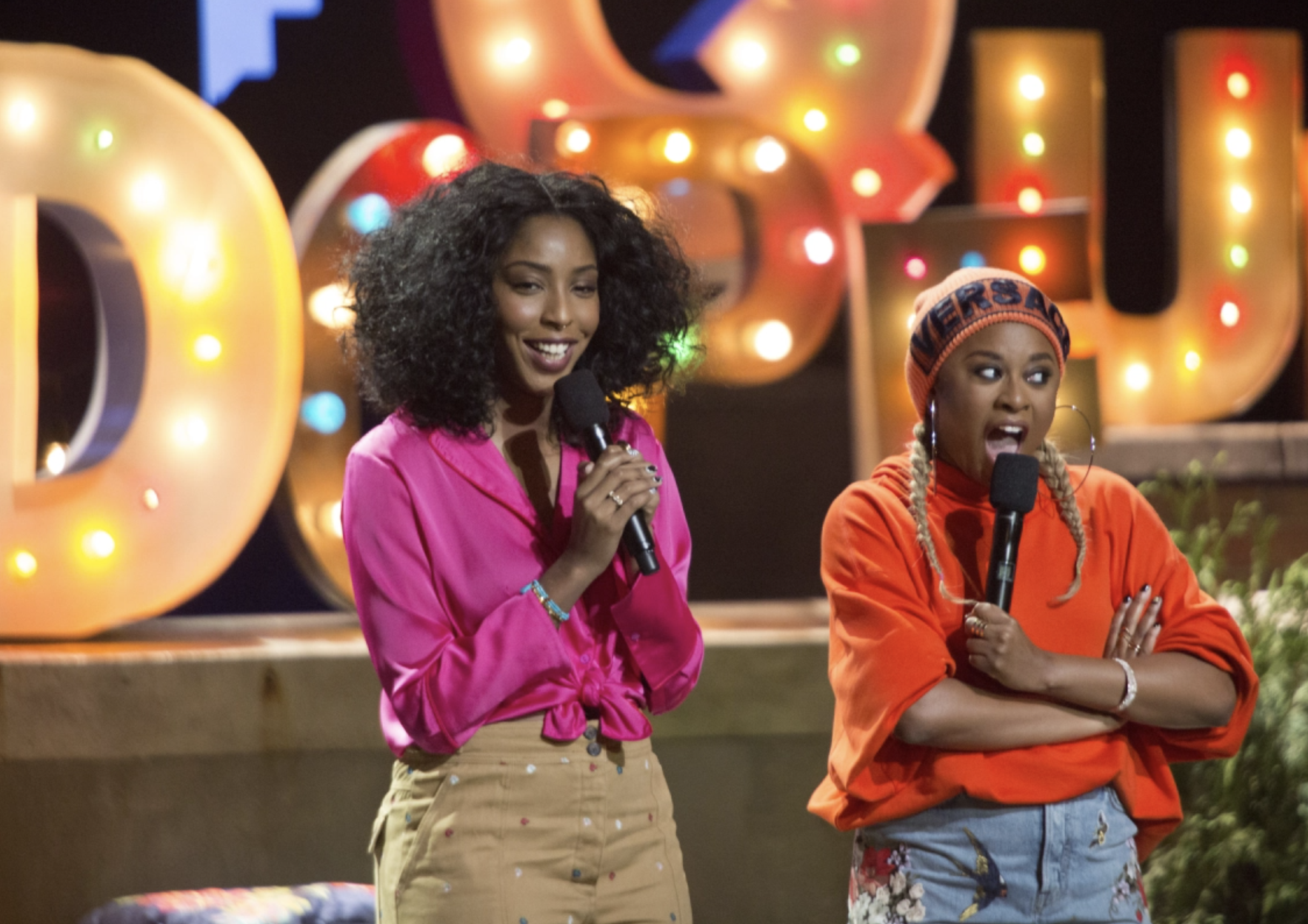 Dr. Death is a podcast produced by Wondery, that follows a charming surgeon named Christopher Duntsch, who participated in some horrifying cases of medical malpractices with his patients. The podcast first premiered in 2018 and is hosted by journalist Laura Beil. Soon after Dr. Death became a success on the podcast platform, Universal Cable Productions announced they would turn the popular true crime podcast into a show in 2021.

The Opportunity For Brands

The advertisements done in podcasts are specifically curated for that specific audience, so adding in other brands from other areas does not make sense. It is likely the podcasts, once transformed into other digital media platforms, will utilize the same brands or similar in the updated platform. This unlocks another opportunity for more brands, who match the theme of the show or movie, who want to be included because these podcasts turned into other platforms, will be extremely popular amongst people and will offer a lot of publicity to brands to get their name out there.

To learn more about getting your brand or product featured in movies, T.V Shows, Podcasts and more, check out these blogs:

Want to learn more about how product placement actually works? Download our Product Placement & Promotions Guide to learn the insights on how the industry works.