TikTok's Control Over The Music Industry

TikTok has become the best platform for emerging music artists to try and gain popularity. Quite often a snippet of a song, new or old, will go viral on TikTok and be used in videos made by millions. The songs that you hear on TikTok are now being played all over the radio stations.

Almost all viral TikTok songs end up on the Billboard Hot 100 Chart which shows how influential it is for music artists. The app is the place to be for old, current, and emerging music artists because of the power it holds in the music industry at the moment. In this blog, Hollywood Branded explores how TikTok is currently controlling the music industry. 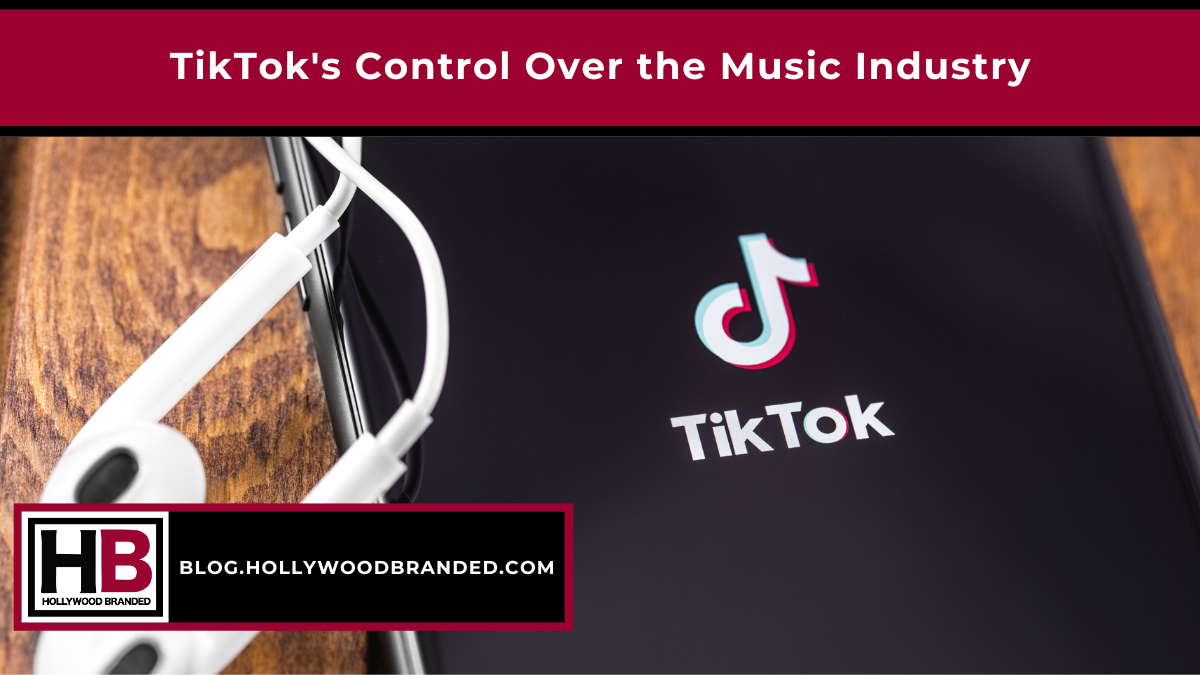 TikTok has changed the way that artists create their music. Many artists have seen this pattern of success come from the audios used on TikTok and have strategized differently because of it. During the peak of quarantine when almost everyone spent hours a day on TikTok, Drake released a new song. Any Drake song released as a single will always skyrocket on the charts, but this one was even more exceptional. Because of TikTok, Drake and his production team made sure to add dance instructions into the lyrics of his new song, “Toostie Slide”. A listener of the song can hear these lyrics and easily dance along. In attempt to make it a trend on TikTok, Drake posted a music video of him dancing to the song so other people could copy it and post their version. As his team had hoped, the dance and the song went viral on TikTok. TikTok has over 5 million videos made with the 30 second audio of Drake’s song. 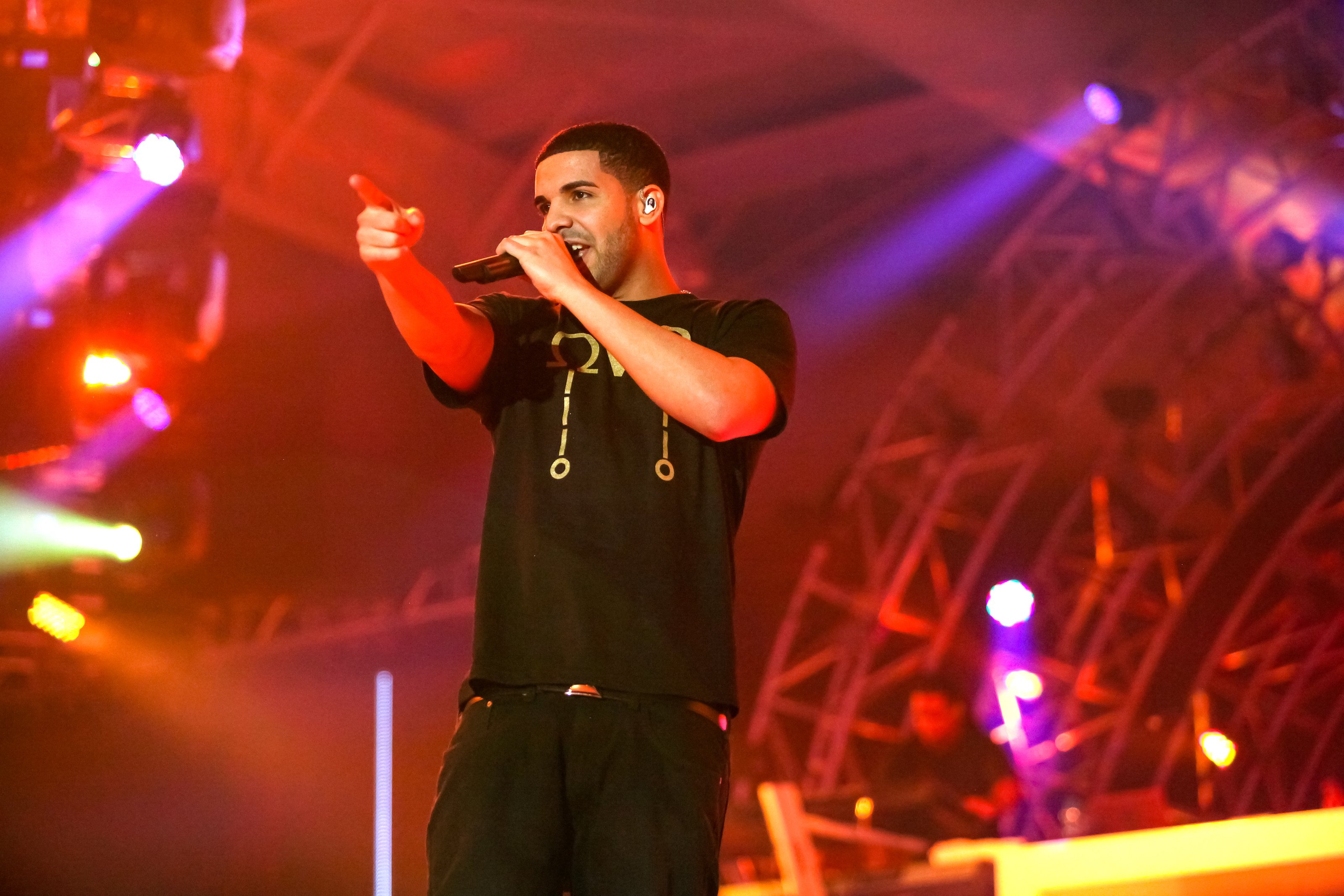 Another example of a TikTok-focused music strategy is Liam Payne’s new Christmas single. As a former member of One Direction, there is no doubt that he has a strong fan base, but his production team decided to get creative about who he would collaborate with on this new single. He collaborated on the song with TikTok sensation, Dixie D’Amelio, which seems to be a means of reaching a larger audience with the song. Dixie is not a very well-known singer, as she has only released one single on her own called “Be Happy,” but it did become very popular on TikTok. This collaboration will allow for Dixie to get more music industry experience under her belt and hopefully help Liam Payne’s new single to go viral on TikTok.

Bringing Back The Classics

TikTok has revived music from decades ago. Music from the 80s made its way into the Gen Z driven app, when a snippet of “Dreams” by Fleetwood Mac went viral and brought the legend herself, Stevie Nicks, to the app. Because of TikTok, “Dreams” has charted on the Billboard Hot 100 list for the first time since 1977! The 80s revival continued when Grover Washington's song "Just the Two of Us" became a lip sync trend on TikTok. Another song revival that came around recently is Aly and AJ, sister artists who were at the peak of their fame in the early 2000’s. Many older songs have been remixed to appeal to the younger generations. The famous 1959 love song "Put Your Head on My Shoulder" by Paul Anka has been remixed and used in thousands of videos. These artists and so many more are regaining fame now that a new generation is discovering their former hits.

Let’s take a look at a few artists who have become mega famous all thanks to TikTok.

Number one is Megan Thee Stallion, who has had many songs turn into viral TikTok dances. It all began with her song “Savage” that caught on quickly as a huge trend on the app. This song became so popular and even more so once Meg remixed the song with Beyoncé as a feature. She’s continued to produce many other songs and even be featured on Cardi B‘s song “WAP” that has also dominated TikTok. There is no doubt that almost every TikTok user now knows Megan Thee Stallion by name. 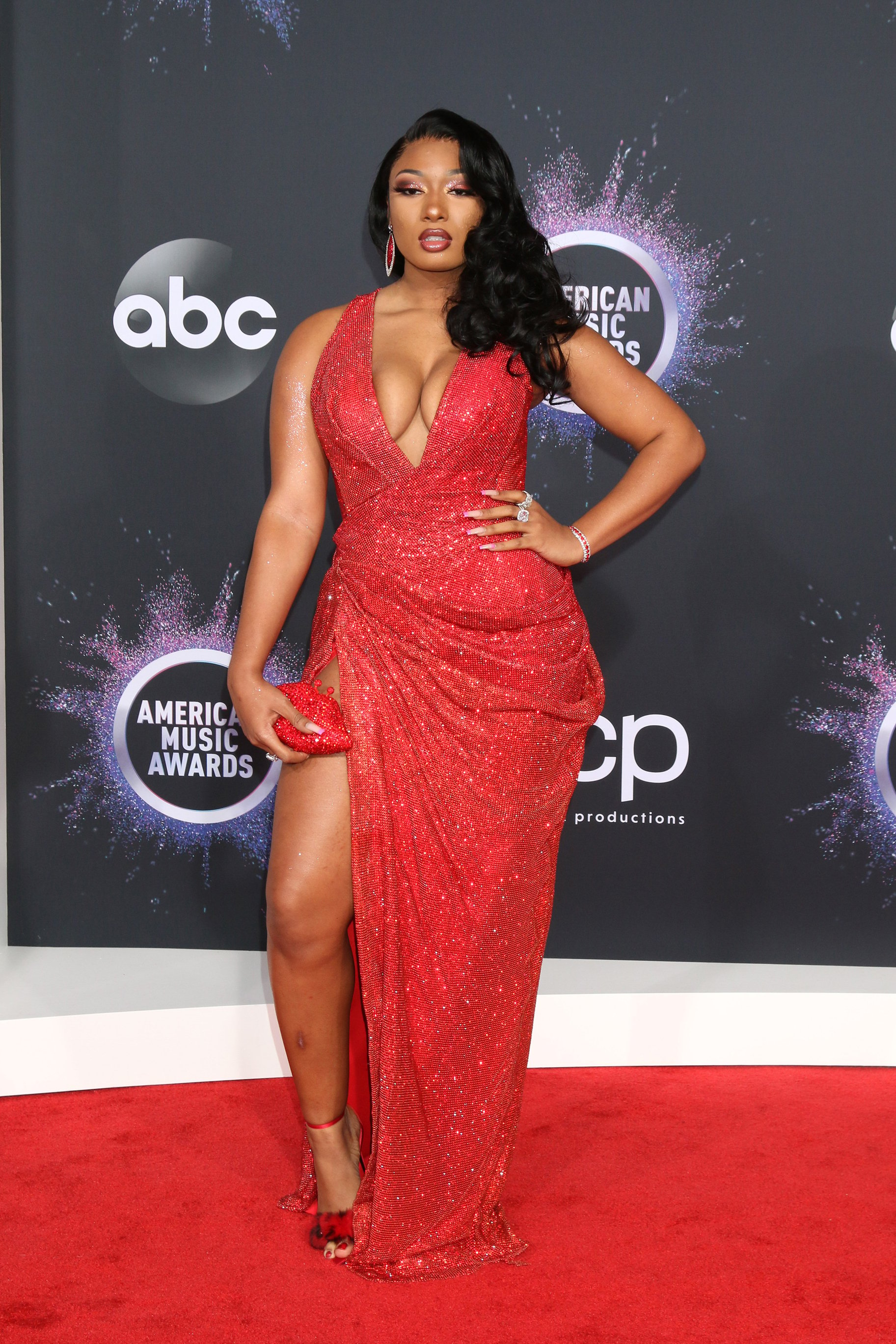 Another artist whose fame skyrocketed due to TikTok is Doja Cat. She had a popular song called “Moo” that was especially popular on Twitter. It was made into memes that helped increase its popularity. Until TikTok came around, one could’ve considered her a one-hit wonder. Her song, “Say So,” became increasingly popular on TikTok and took her to the top of the charts. One TikTok user made up a dance to the song which was very simple for others to follow along. As the song became well known it caught the attention of Nicki Minaj who remixed the song with Doja Cat, further increasing its popularity. Since then she has had many other songs that have gone viral on TikTok. Doja Cat just recently won an MTV VMA award and a People’s Choice Award for best new artist which is mostly accredited to her success on TikTok.

Jason Derulo has been another very active user on TikTok. He had not released any new music since his music feature in the musical Cats, but TikTok brought him back to the top of the music scene. An artist called Jawsh 685 released a short instrumental tune on TikTok that became a popular dance trend. This one, specifically, caught Derulo’s attention. After participating in the dance trend himself, Jason Derulo went on to contact the composer of that instrumental tune and collaborate with him to make a song together called “Savage Love”. This song not only gained TikTok popularity but quickly became one of the most played songs on pop radio stations. “Savage Love” shot to be number one on the Billboard Hot 100 Songs chart. Collaborations such as this one are a great way to shine light on new artists and increase popularity of current superstars as well. 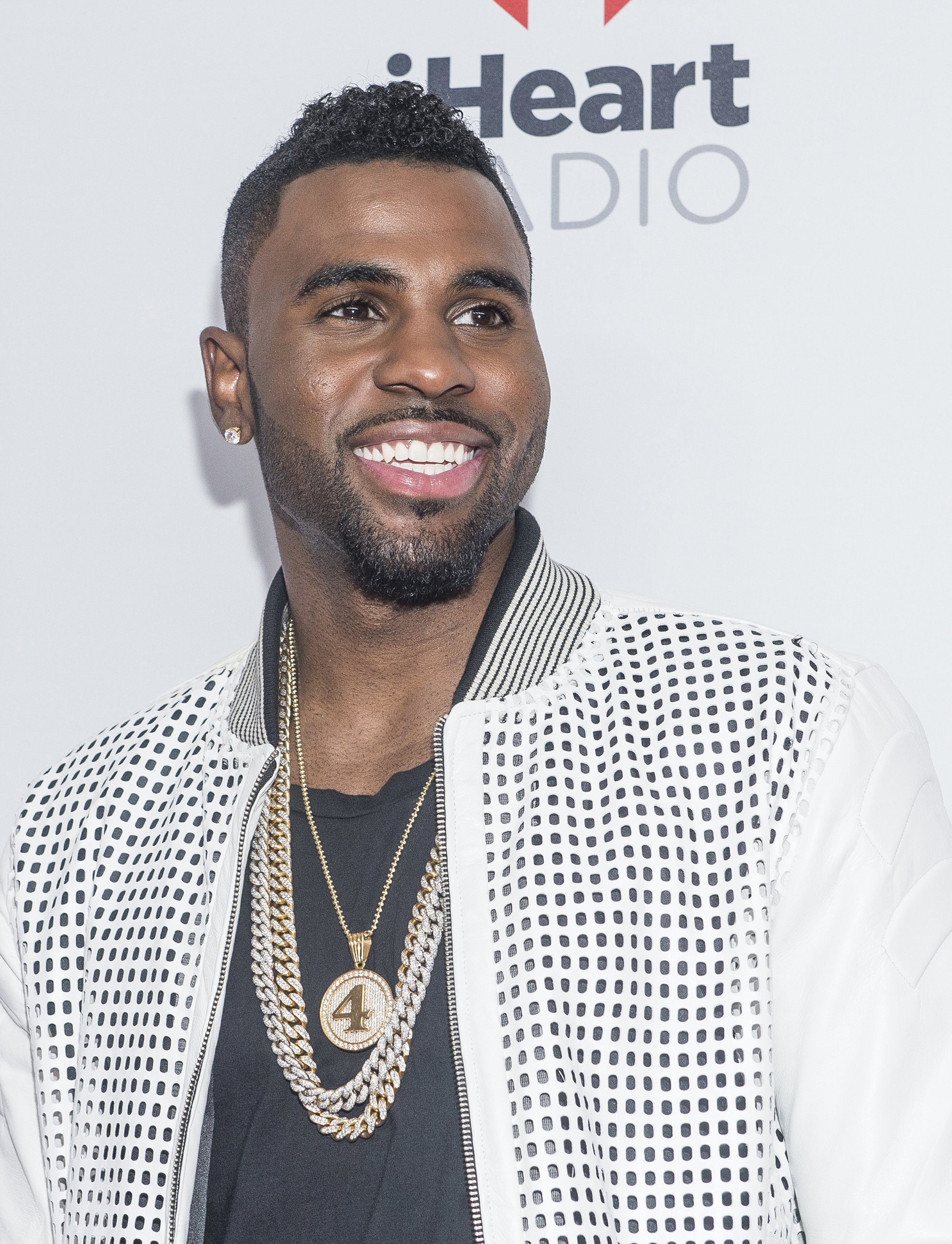 TikTok has also affected the music industry by bringing in music from different countries with different genres. Because there are so many users on TikTok, there is no surprise that any song from any country could go viral. One example of this is the increase in popularity for UK artists on the app. Many of the viral songs from UK artists fall under the category of “Grime”. Grime is similar to rap but has influences of hip hop, jungle, and dancehall music. Songs such as “Rain” by Aitch and AJ Tracey have gained a whole new level of reach due to their popularity on TikTok. There are over 340,000 TikToks made to their song with some of them being posted by TikTok’s most popular accounts: Addison Rae, Jason Derulo and The Hype House. 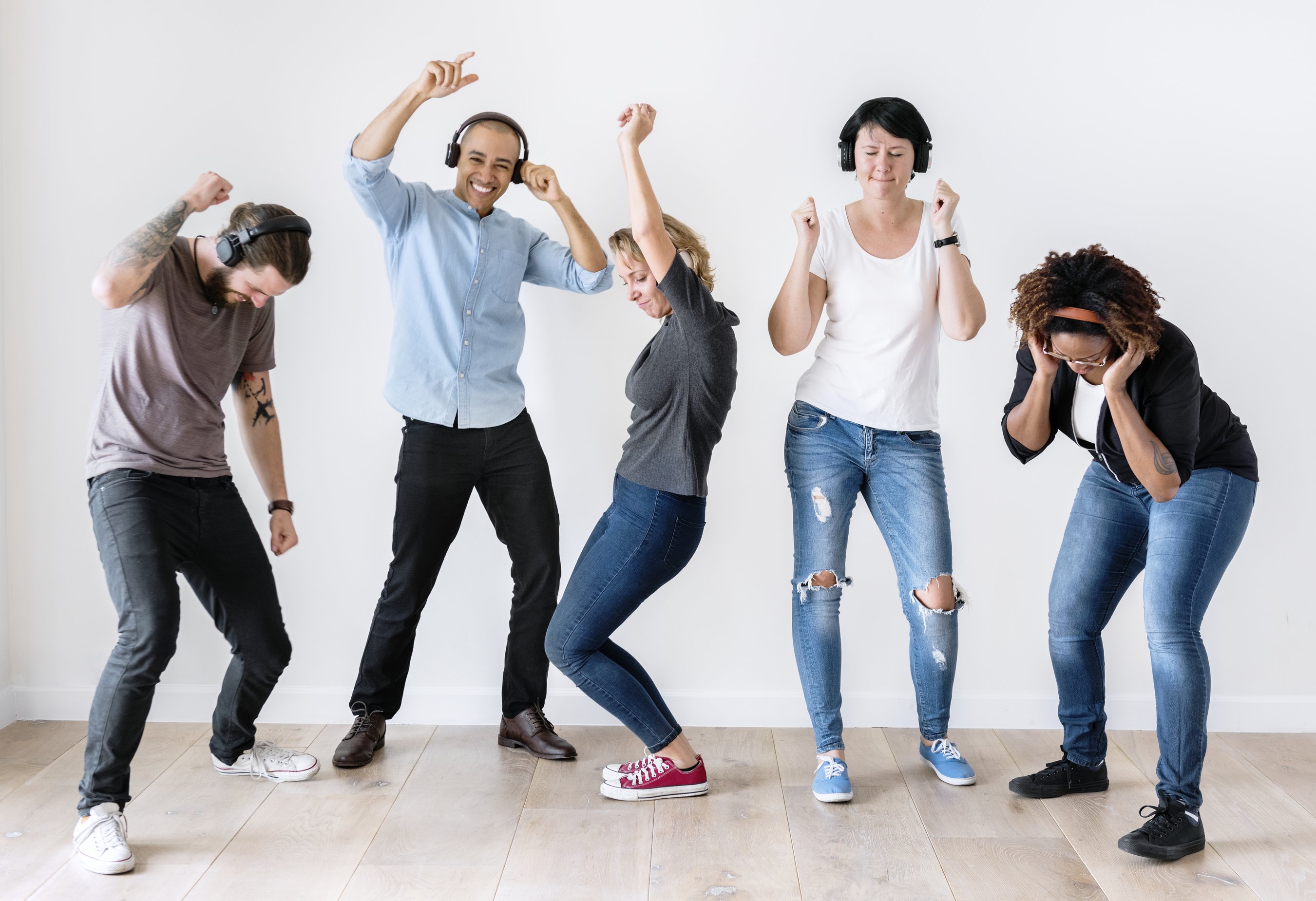 Afro Pop is another genre that has gained awareness from its presence on TikTok. Afro Pop is a mix of African traditional music and western pop music. The song Control by Maleek Berry blew up on TikTok with an afrobeat dance to accompany it. This song brought a lot of popularity to this music and dance genre on TikTok. These are only a few examples of international influence on the American music industry.

Want To Learn More About the Entertainment Industry?

Click below for some other great blogs to enhance your knowledge of all pop-culture trends!