When You're This Elite, You Can Be Picky

New England Patriots quarterback, Tom Brady, the only six-time Super Bowl champion, is also a three-time winner of the league MVP, and a title-holder of four Super Bowl MVP awards. He is statistically one of the best players in the National Football League however, surprisingly enough he is not the highest paid in the league. It has been talked about repeatedly how Brady carefully picks his endorsement agreements.

It seems that towards the beginning of his career, he seemed to choose more affordable products to endorse. Lately, he is focusing on more luxury and high-end brands. In this blog, Hollywood Branded examines Tom Brady’s specific selection of endorsements that he supports both currently and in the past. 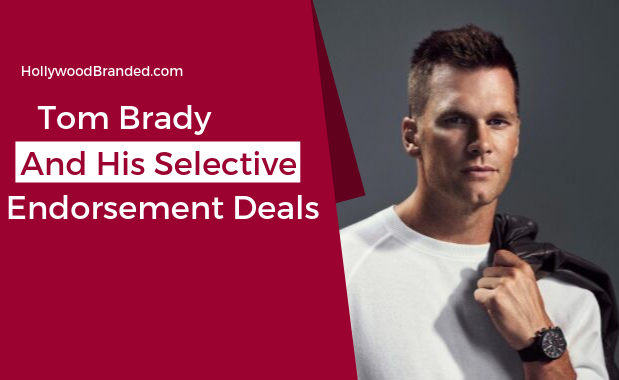 Some of the earlier deals in Brady’s career included Dunkin’ Donuts, The Gap, and Hershey’s. In 2002, Dunkin’ Donuts publicized that Tom Brady signed a deal to represent them in a special product promotion. His deal involved appearances in television, radio, and print advertising. It also included giving some lucky customers the opportunity to meet Brady. In 2004, Tom Brady was featured in Gap’s “How Do You Wear It?” ad campaign. In addition, Hershey’s ran a promotion before the 2005 Super Bowl with the theme “Hershey’s vs. Reese’s: The Big Showdown.” It featured two star quarterbacks of the two participating teams, Tom Brady of the New England Patriots and Donovan McNabb of the Philadelphia Eagles, wearing Hershey’s and Reese’s uniforms.

For Brady, life is a consistently full of learning opportunities. He insisted on meeting with the CEOs of the companies with whom he has endorsement deals with because, he explains, "I want to meet the people who are in charge, who make these things happen, who are part of the bigger picture." 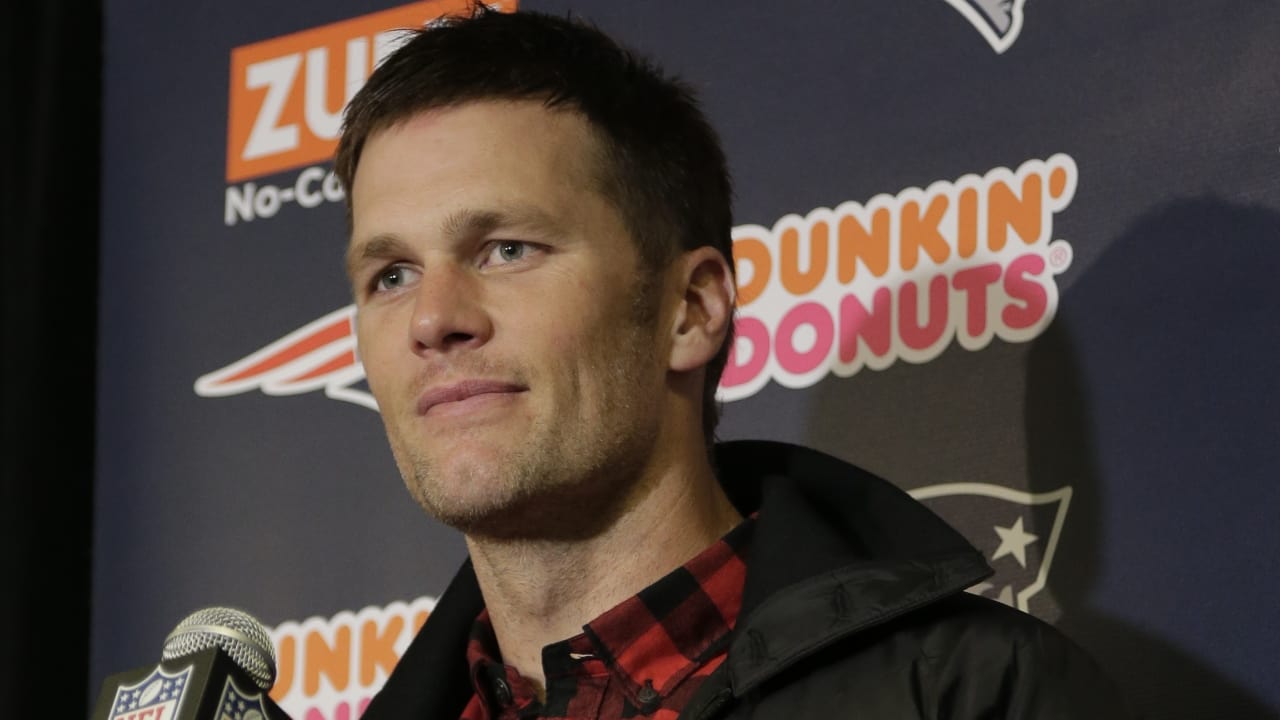 Early in 2010, Under Armour, the sports apparel company had signed Brady to a multiyear sponsorship that would start in 2011. Brady was the first quarterback to sign an endorsement with Under Armour. The company had launched their own line of football cleats and “retained its rights to the NFL scouting combine, along with limited apparel rights.” The NFL jerseys may be Nike but Brady’s cleats continue to stay Under Armour. 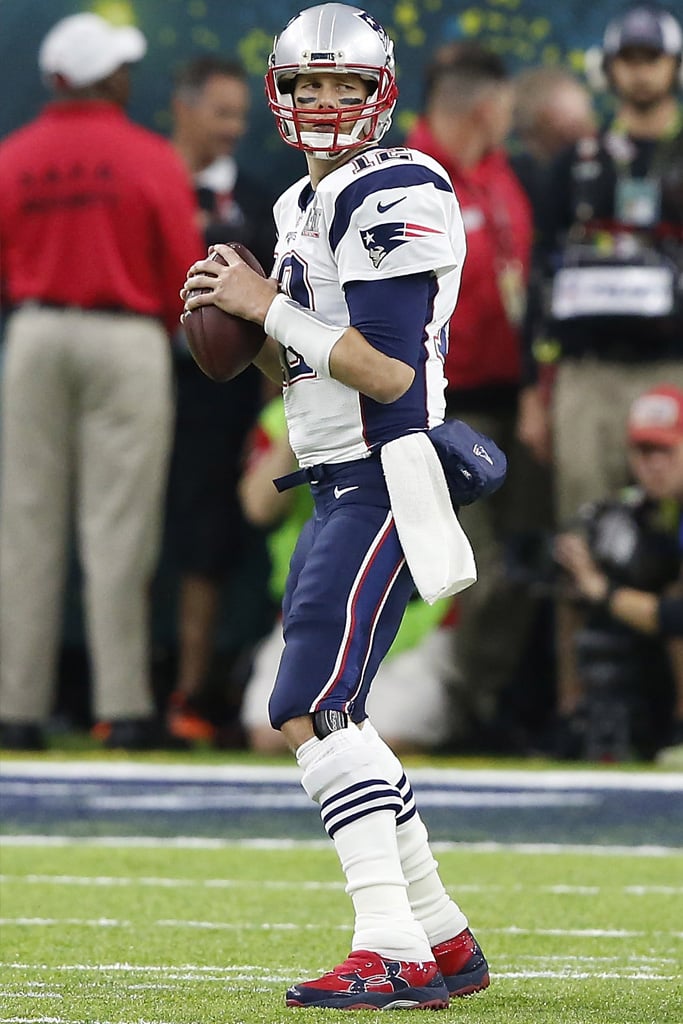 In 2010 Australian fashion footwear and outerwear company, UGG, announced working with Brady. "We have decided that we needed to just get the word out there that it's a brand for guys. And who better to give guys permission to wear UGG than Tom Brady." Brady was more than happy to participate as he has loved UGGs since he got his first pair from his Mom when he was a teen. Brady wore Ugg shoes in a photo shoot by GQ, which gave the brand a men's focused push. Brady told USA Today that "the slippers are my go-to, they’re such a big part of the day. I wear them in the house. They’re the only shoes I can wear in the house because my wife doesn’t want to let anyone wear shoes in the house." 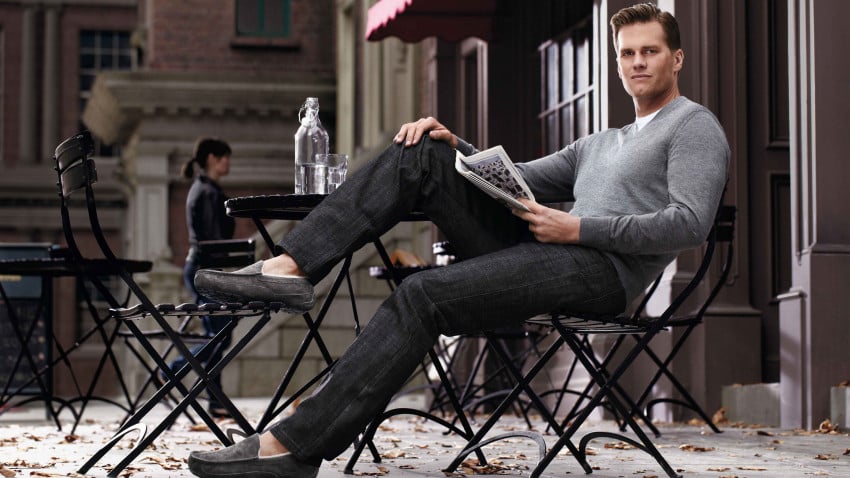 Tom Brady opened the TB12 Sports Therapy Center near Gillette Stadium in 2013. The 12 signifies the number on the jersey he wears in games. TB12 includes everything from workout gear, to hydration and supplements to prepackaged meals and snacks, to apparel, to the TB12 BrainHQ program, which is primarily a workout app and a biography called “The TB12 Method.” He launched the website to help bring the TB12 sports method to more of his fans around the country and world. 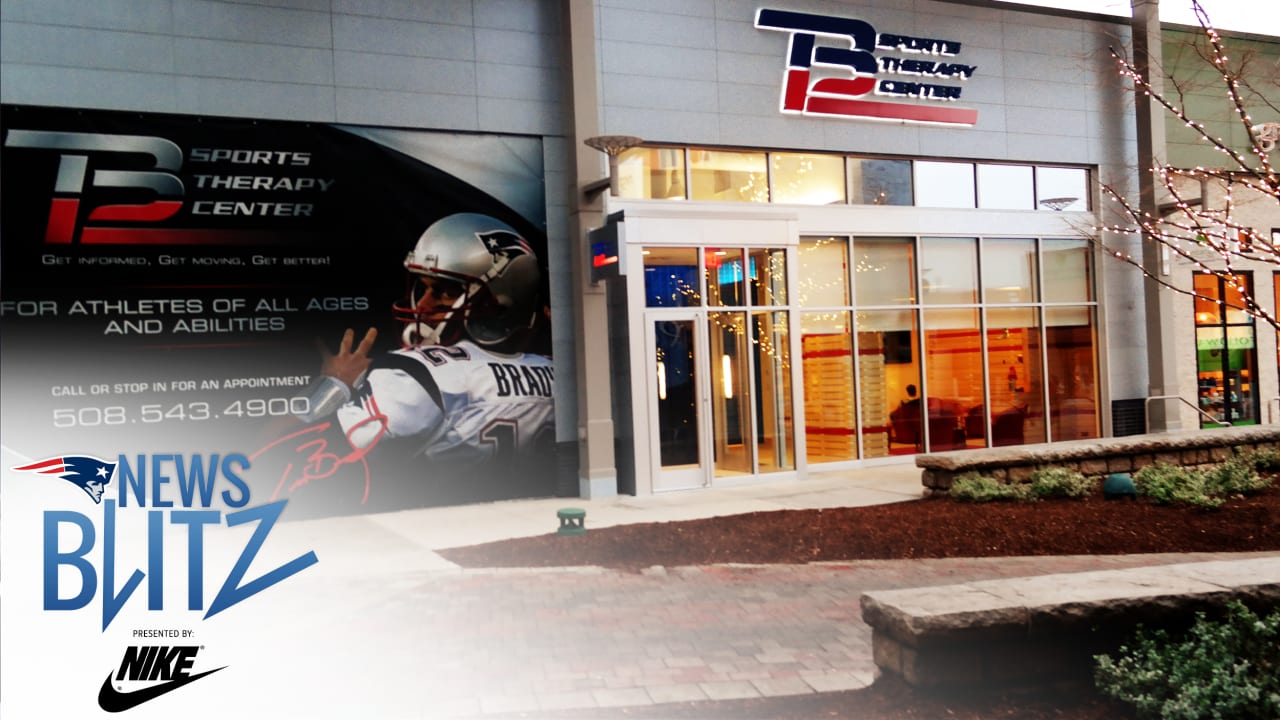 Starting to Get Fancier

Fancier endorsement opportunities started coming out for Brady. One of them being the multi-year deal with British car manufacturer Aston Martin to endorse a car that costs more than $200,000. Brady was driving and pitching the DB11, a car that starts at $211,995. Aston Martin sells just over 5,000 cars a year. 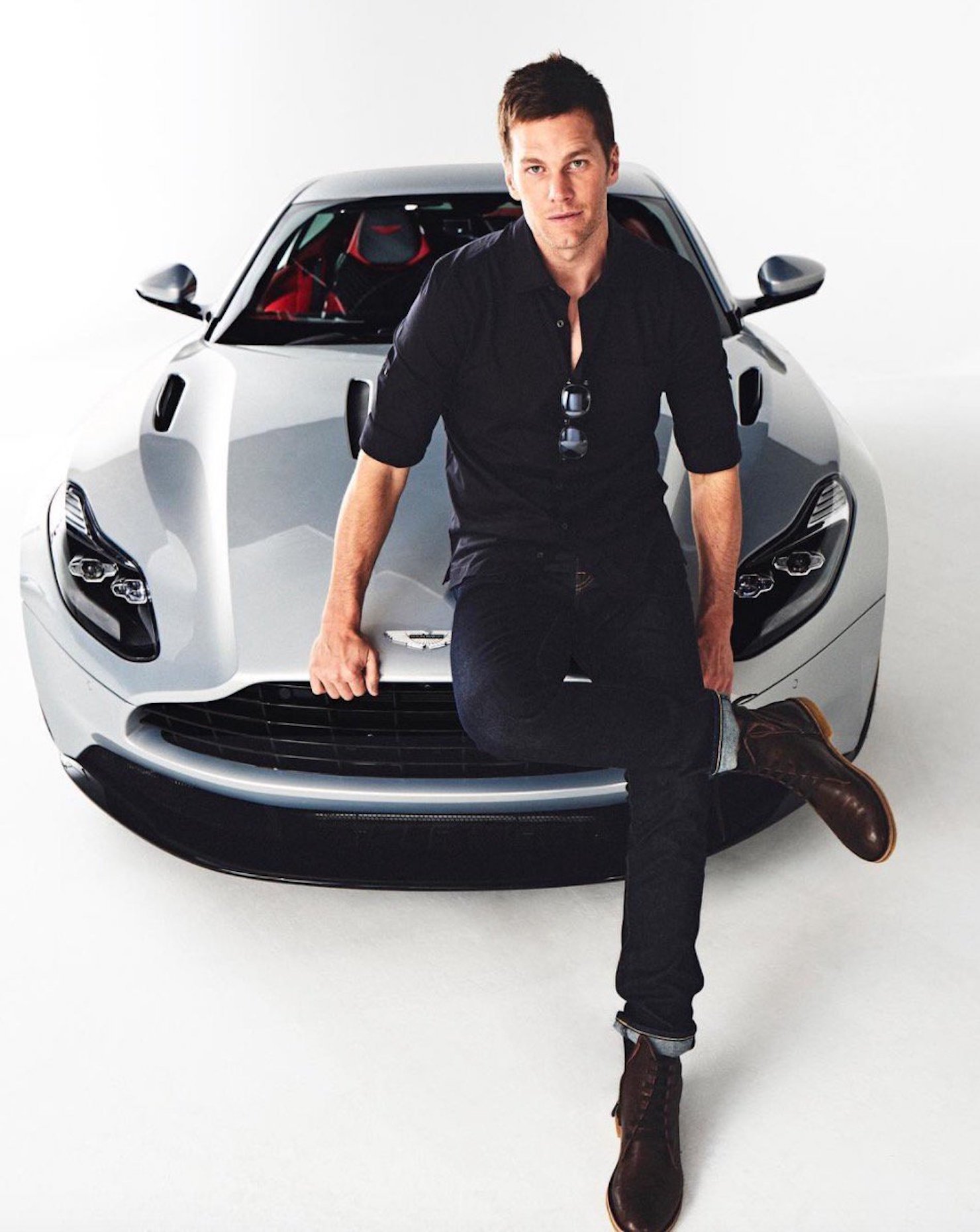 Before the 2019 Superbowl, one of Boston’s most famous brewers honored the favorite quarterback, Tom Brady. Sam Adams released a limited time beer in honor of Brady called Too Old, Too Slow, Still Here. The Patriots have been using sayings along the same lines for hype up sessions. The label has a goat holding a football, which throws to Brady's nickname as the GOAT meaning the Greatest of All Time. This was only available during a release party at the Boston Brewery & Tap Room on January 31, 2019. 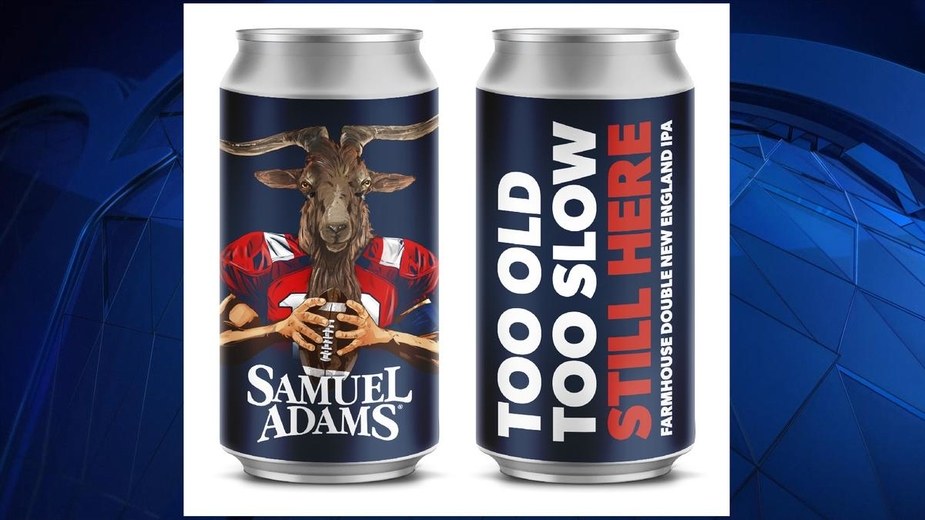 Brady has most recently joined up with a Swiss watch brand IWC Schaffhausen as a global brand ambassador. It just so happens that the founder of IWC, Forentine Ariosto Jones, was an American and actually from New England. According to Brady, “From what I’ve read about Jones and the beginning of IWC, it doesn’t seem like he ever took no for an answer. He wanted to create watches in an entirely new way, and he risked everything he had to go after it. I definitely resonate with that. Calculated risk is where the magic happens.” Brady is familiar to the watch world as he formerly was a brand ambassador for TAG Heur. He’s loved watches since he was in college, and even had an IWC watch as his screensaver. IWC Schaffhausen and Tom Brady are excited to spring their partnership with many exciting new projects planned. Christoph Grainger-Herr, CEO of IWC Schaffhausen, concludes: "Tom Brady is a world-class athlete with a sense of style and an appreciation for fine watchmaking. Working with him will enable us to tell the IWC story to a growing audience, especially in the United States." 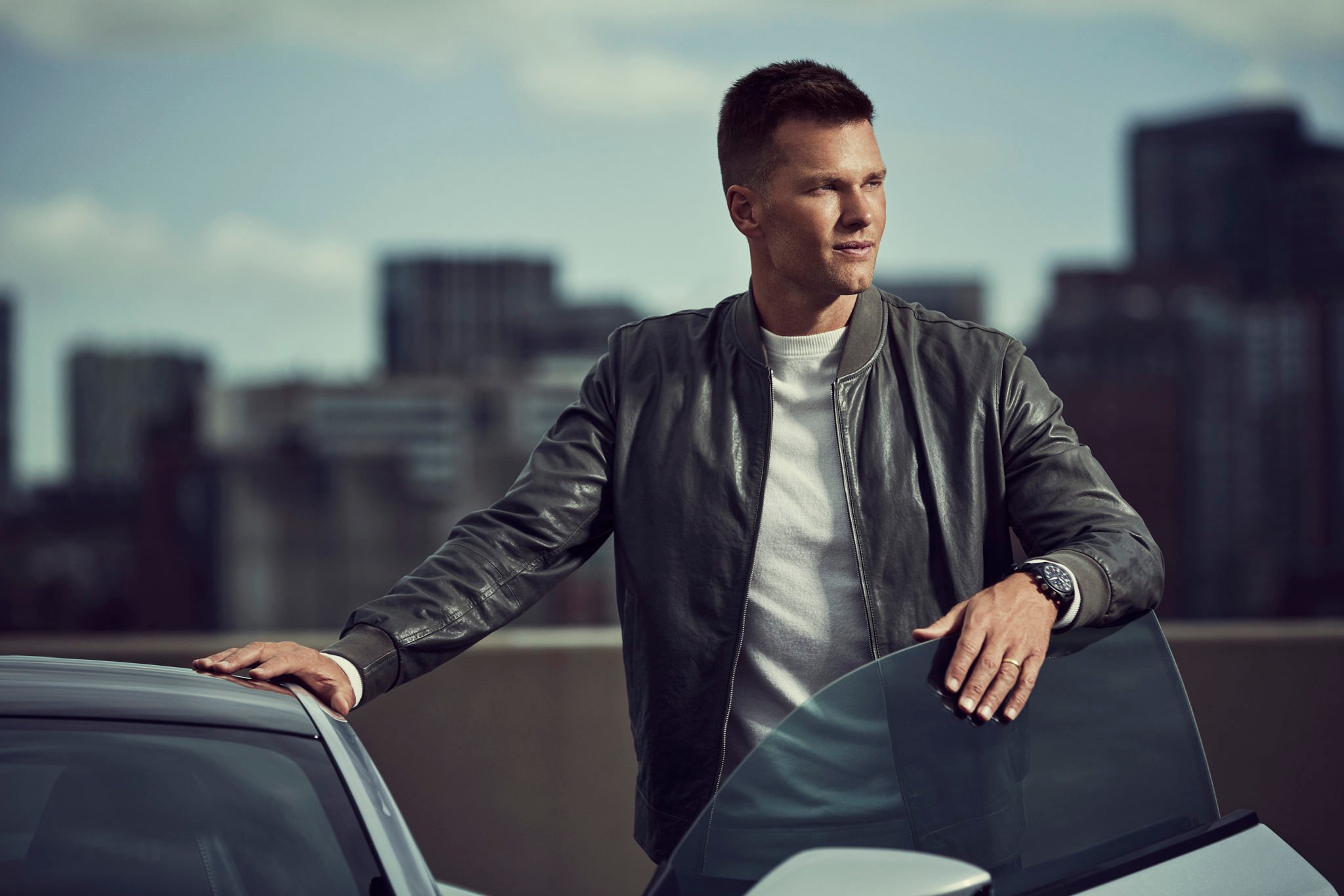 Who knows what will be next for the famous quarterback, but as of right now he signed with a new agency, William Morris Endeavor, and signed a new two-year $70 million contract extension. Looks like Mr. Brady has a little football left in him.

Most of the time brands prefer to work with celebrities directly. However, agencies tend to have more access to celebrities and influencers. Brands also know what the potential downfalls of these partnerships can be and how to best avoid them.

Want to learn more about celebrity endorsements and the pros of working with an agency to lock in one for your brand? Check out these other blog posts.

Are you interested in learning about celebrity endorsements and how they can best benefit your brand? Take a look at these case studies to learn what you can do.