No one is perfect. And as people who are constantly under a bright light and a fine microscope, celebrities know this better than anyone. One tiny wrong step or social post can send the Twittersphere into anarchy.  And it may cause a brand to end an endorsement deal if the brand management disagrees with the celeb's actions, behavior or thoughts - especially after a big screw-up.  Effective immediately, and possibly at the cost of millions of dollars.

And of late, a LOT of celebrities have found themselves in some pretty hot water, not only damaging their own brand, but also the content they star in.  In this blog, Hollywood Branded looks at the worst cases of when celebrity endorsements go wrong and exactly what happened to make these celebrity partnerships turn sour - and how to keep them from happening to your brand. 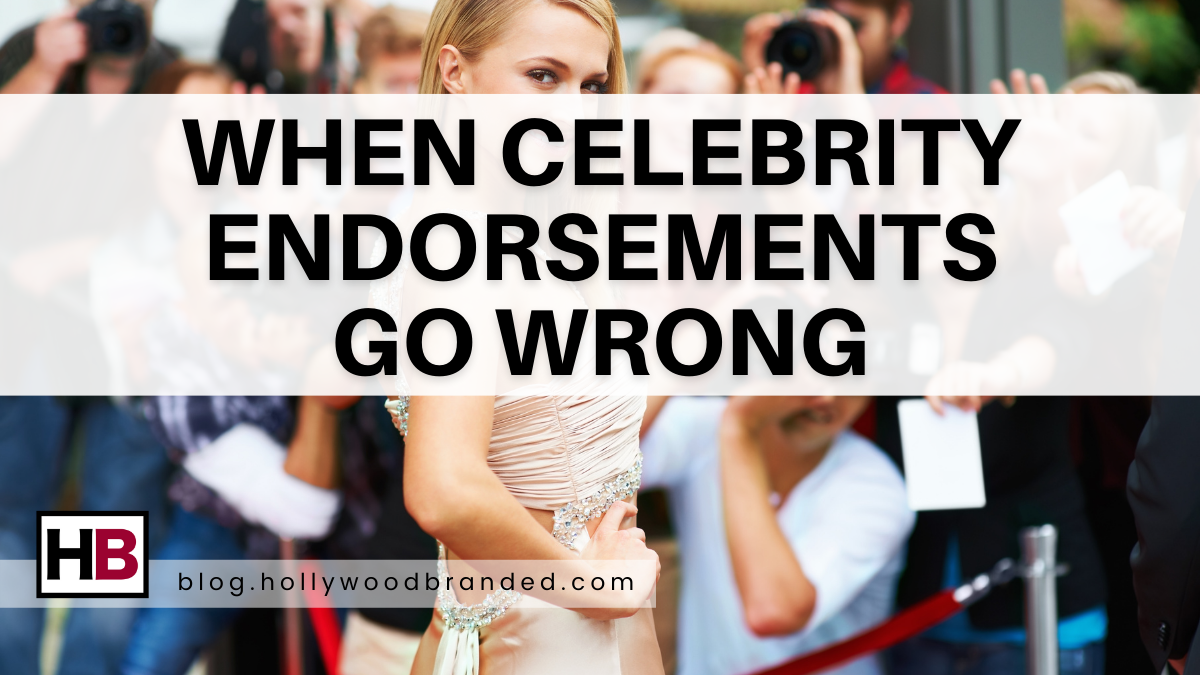 A video of rapper 50 Cent was released which showed him accusing a Cincinnati airport employee of being high while videotaping him. Friends of the employee told the Cincinnati Inquirer that he has a social anxiety disorder as well as a hearing impairment.

While 50 Cent released a statement apologizing for the video, it hasn't stopped local Cincinnati bars to pull Effen from their shelves. Effen has tried to distance itself from the situation, releasing a statement that said:

"As a brand that considers social responsibility the highest of priorities, Effen Vodka does not condone the recent behavior of 50 Cent. We have expressed to him our profound disappointment for his actions, which are in no way representative of the brand's values."

The brand did not drop 50 Cent but certainly made it known that they do not condone his behavior. In light of this recent scandal, let's look at some other celebrity slip-ups that have affected their partnership with brands they endorsed.

When Paula Deen admitted to using racial slurs in the past, it was in a confidential video deposition. But when that deposition leaked, the backlash was instant - and intense.

The instant action of the brands Paula Deen (previously) endorsed helped save them from the backlash that she received, showing that quick action is often important in these situations.

Tiger Woods: The Infamous Tale Of A Celebrity Misstep

However, video game company Electronic Arts and sports giant Nike stayed by his side, somewhat surprisingly to many choosing to not end their partnerships with him. Woods may have gotten cut a break by these two, but he still reportedly lost around $22 million that year alone in endorsement deals.

Sometimes cutting ties with a dishonored celeb quickly can reduce immediate blowback on your brand, however, once the scandal blows over - which they all eventually do - brands may be happier to have stuck by the side of their endorser, especially one a long-term as Nike and Tiger Woods.

When a photo of the gold medal-winning Olympian Michael Phelps surfaced with him smoking pot in 2009, he lost a $500,000 deal with Kellogg's. His deals with AT&T and Rosetta Stone were also not renewed.  If this would have occurred in the year now - there may have been a very different ending to this story based on more accepted views of marijuana in today's climate.

“Michael’s most recent behavior is not consistent with the image of Kellogg,” Susanne Norwitz, a spokesperson for the company, stated.

“We decided to send a strong message to Michael because he disappointed so many people, particularly the hundreds of thousands of USA Swimming member kids who look up to him as a role model and hero,” the organization said in a statement.

However, stupid mistakes are often quickly forgotten and now Phelps continues to be an endorser for Subway and appears in many of their commercials and ads.  Of course, Subway is still dealing with their own issues now on their previous endorser Jared Fogle - marijuana pales in comparison to child pornography charges.

So How Do You Choose The Right Celeb?

It's important to find a celebrity endorser that appeals to your target demographic - and fits your budget. And of course, create a contract that protects your brand. Ch