The Top 15 Brand Mentions In Sex And The City

Sex And The City Is Brand Heaven

Samantha, Charlotte, Miranda and Carrie embody the life of luxury. Four successful women living, partying, working and dating in arguably the most fashionable city in the world leaves plenty of room for amazing product placement. Not only is Sex And The City the number one HBO comedy of all time, but it is wildly popular among the elite of television, winning 7 Emmy Awards, 8 Golden Globes, and 3 Screen Actors Guild Awards.

It went on to spawn two feature films as well, transformed the way the world saw young professional women in New York, and, now, is back for a reboot on HBO! In this blog post, Hollywood Branded takes a look at the top 15 brands mentioned by name in Sex And The City and why they were so important to the show.

Brands And The City

In an episode titled "The Good Fight," Carrie gives a shoutout to the beloved Starbucks when she says "I used to think people who sat alone at Starbucks were pretentious posers. Now I know: they are people who recently moved in with someone." Considering that the characters of Sex And The City are busy, working women, and, since busy, working women need their fix of caffeine, this mention truly aligns with the narrative of the show. Coming in at 8 mentions a piece, these three take the number 10 spot on our list. From Charlotte’s wedding ring to Miranda’s love interest Tom, who she meets at a Weight Watchers meeting, these brands had the spotlight on them more than a few times during the series’ six year run. 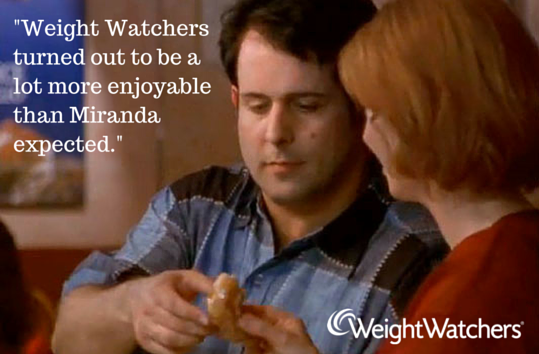 Most SATC fans will remember this episode, but for those of you who are unfamiliar, the show’s fabulous PR-maven and cougar, Samantha, gets a billboard of her struggling actor up in Times Square. The billboard? Well it's him, naked, save for an Absolut bottle with a tagline that reads, “Absolut Hunk.” The placement is incredibly memorable and inspired a line of Absolut advertisements in New York City similar to the ones featured in the show. Touché, Absolut, touché.

In "Great Sexpectations," Miranda enjoys the functions of her Tivo device so much, that she practically falls in love with it.  She loves her Tivo's ability to not only record T.V. shows, but to suggest programs that it thinks she'll enjoy, such as the British soap opera, Jules and Mimi (which she ends up binge-watching). Needless to say, SATC shed an incredibly positive light on the brand, Tivo, and how their products perform.

Barney’s and the New Yorker (10 Mentions)

These classic New York staples come in at 8 in our list. Whether the girls are suggesting retail therapy at Barney’s or talking about the latest article in the New Yorker, both of these brands got some killer verbal exposure on the show. 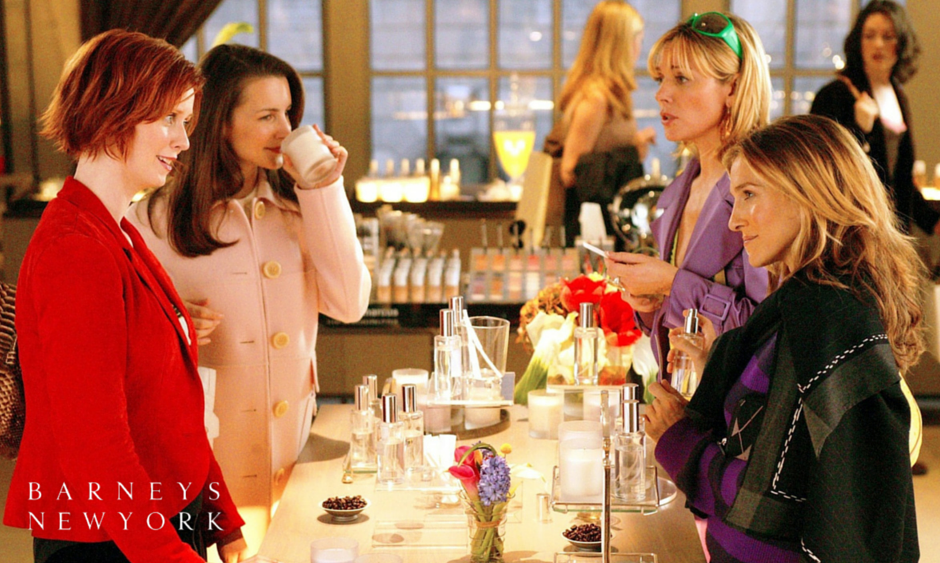 For those that have watched even one episode of SATC, it should come as no surprise that this couture trio received quite a few verbal mentions. The girls’ tastes are refined, as successful women of the city that never sleeps, and their brand choices reflect this. A particularly memorable mention was when Carrie Bradshaw, while visiting a Dior store in Paris, slips and falls in front of all the high-class shoppers.

Again, this one is not surprising to those of us who have kept up with the lives of Carrie Bradshaw and her best friends. High fashion brands are not only mentioned by name, but constantly purchased and worn by the characters on the show, and Dolce & Gabbana and Chanel are definitely favorites. Each time the brand is mentioned, the audience member is reminded that these brands are high-class and of the best quality. 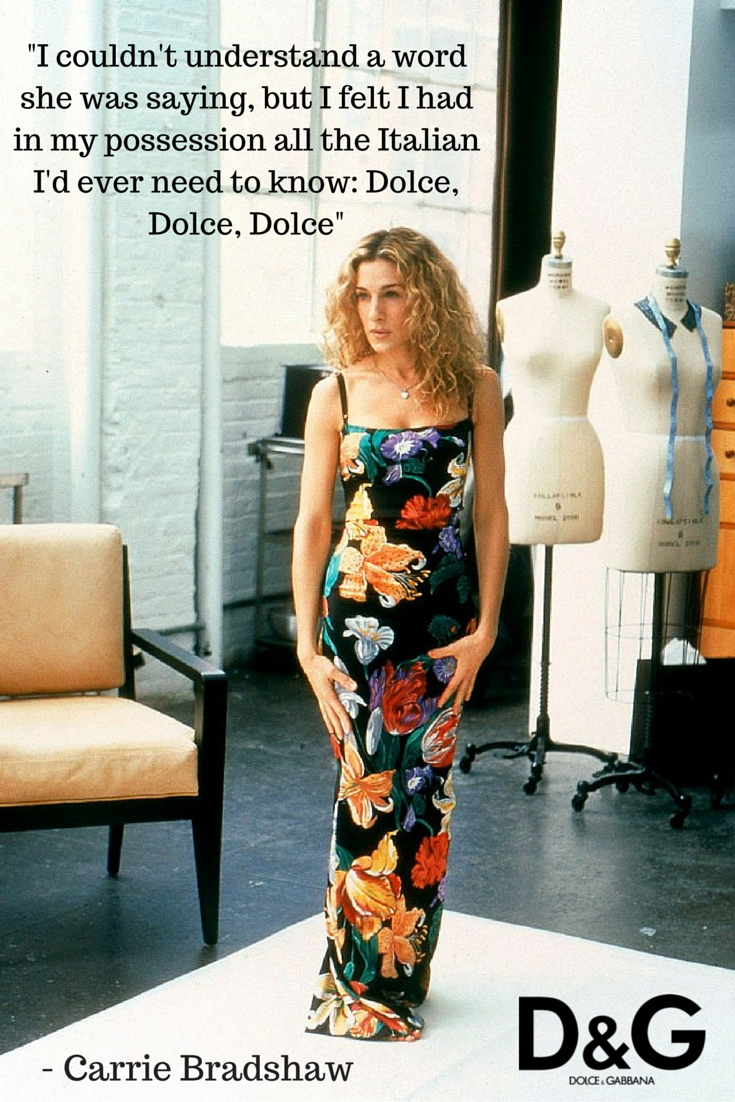 An interesting duo falls in at the number 5 spot. While Prada fits in the life of luxury exemplified by the show’s main characters, the small and unassuming 3M Post-It takes the spotlight in an episode titled “The Post-It Always Sticks Twice.” In this episode, Carrie Bradshaw gets broken up with – via Post-It, and is absolutely infuriated. This was brilliant exposure for the brand, as the entire episode revolved around that plot point. 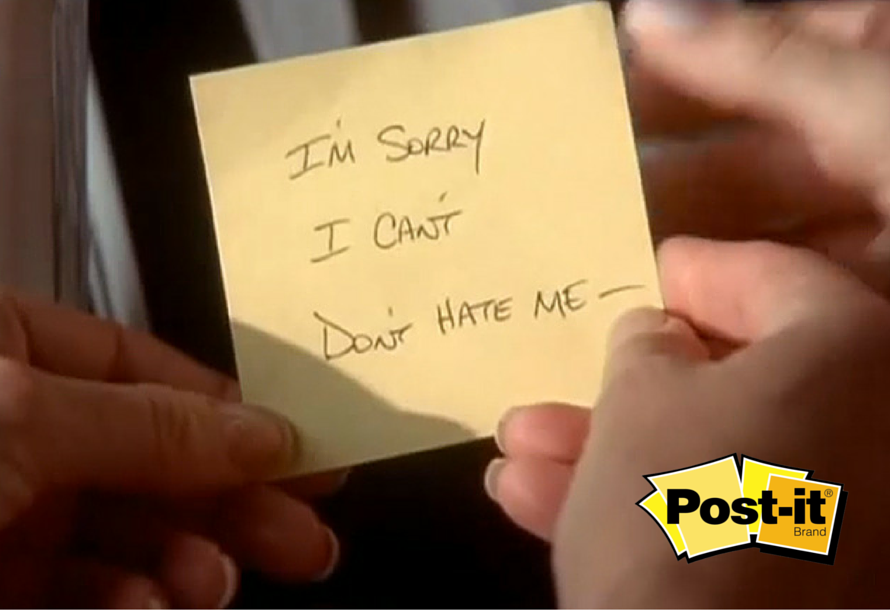 We know the die-hard fans were waiting for this brand to show up on our list. Anyone who knows Carrie Bradshaw knows that this is her absolute favorite shoe brand. In fact, when planning her perfect big day, she of course chooses Manolo Blahnik shoes to go with her gorgeous gown. This brand is mentioned a whopping 16 times, and steals the number 4 spot in our list.

Number three, ironically enough, is a three way tie. Even more ironically, in a show about young, single women and their dating, fashion, and career habits in New York City, two sports teams come in so high on our list. But, of course, they live in NYC, and these three absolutely definitive New Yorker traditions have their own important place in the series and quite a bit of verbal exposure as a result. Miranda dates a doctor for the Knicks in a part of the series, and the team dancers appear in an episode as well. And of course The New York Times is a must-have in the life of four New York socialites and fashion-enthusiasts, especially for Carrie who is a freelance writer and avid reader. The brand mentions not only promote their individual brands, but the city of New York as a whole, and how wonderful it is to live there.

While “Martini” has become a colloquial term for a drink made with vodka or gin and vermouth, it is actually a brand itself. Martini and Rossi is a brand of Italian vermouth that was used for the original Martini recipe and is mentioned quite a few times in Sex And The City. As the quartet is notorious for drinking and gossiping together, as well as going out on sophisticated dates and to lavish parties, the Martini makes a starring guest appearance many, many times. 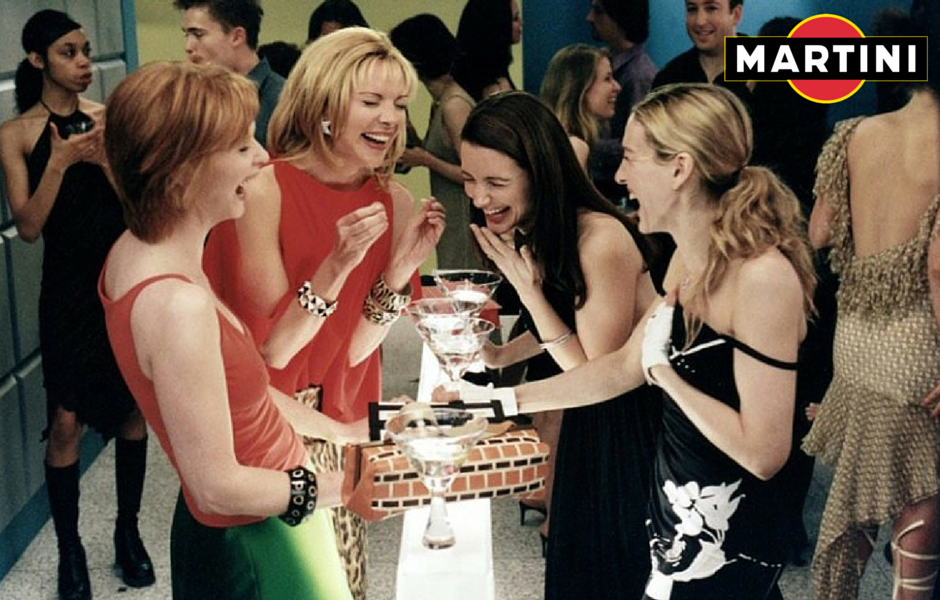 The one and only Vogue is the number one brand mentioned by name in Sex And The City, with 36 mentions. For a period of time, Carrie writes freelance articles for the elite fashion magazine, but it is also the girls’ go-to source for fashion trends, important people in the industry, and other matters of great significance to their lives. In fact, in one episode, Carrie admits to buying Vogue instead of dinner. The girls are not secret about their obsession for the fashion magazine, and the publication takes the number one spot as the most mentioned brand in the series.

Seeing and especially hearing a brand name in a television show can immediately create a desired atmosphere for the show as well as recognition for a brand, and Sex And The City is a perfect example of this.

Check out these three blogs about working with celebrities:

And these three blogs about how your brand can use product placement to increase sales:

Are you interested in integrating product placement into your entertainment marketing mix, but simply don’t know where to start? There is so much more to product placement than you may think,  and it is important to be educated about the key tactics to best fit your brand. Watch our Product Placement 101 video today to start learning more!