The Impact Of Partnerships On Viewer Experience

When the clock struck midnight and we moved into 2021, where were you? Perhaps you were with some family, close friends, or beloved pets, and chances are you were probably one of the 10.18 million people who counted down with Ryan Seacrest to welcome in the New Year. 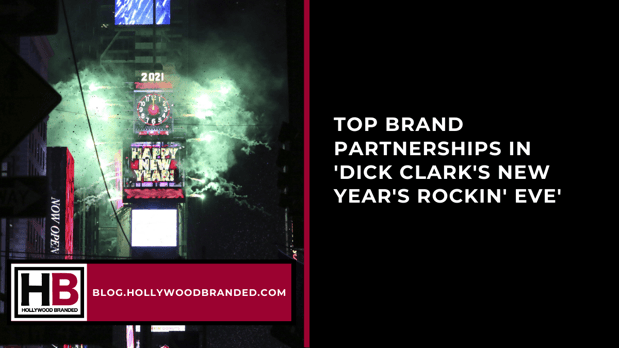 A Big Opportunity For Exposure

Goodbye 2020 and hello 2021! It was certainly a night to remember as millions tuned in to Dick Clark’s New Year’s Rockin’ Eve with Ryan Seacrest on ABC. There were performances by this year’s renowned artists, such as Miley Cyrus and Doja Cat, and some great partnerships that made such a beloved yearly event possible.

To rehash, PEBBLES cereal brought in some fun and nostalgia with their countdown, Planet Fitness helped recognize the frontline heroes of 2020 while creating an upbeat atmosphere despite the circumstances, and POWERBALL fueled hope and optimism as we moved into a new year. It is certain that these brands certainly stood out in this year’s festivities as part of the most viewed New Year’s Eve show, where, according to Nielsen ratings, an average of 8.37 million total viewers celebrated the coming year with Ryan Seacrest and his fellow hosts. 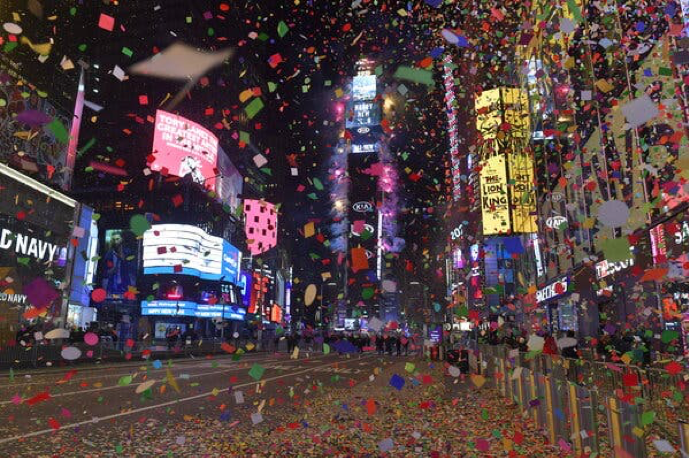 When it comes to really leveraging a large target audience to their advantage, PEBBLES cereal did it for this year’s New Year’s celebration. To appeal to kids and teens PEBBLES partnered with TikTok to offer a Fruity PEBBLES confetti filter for users to share their excitement for the New Year. For the parents, the main customers, PEBBLES hosted their very own countdown which was featured on Dick Clark’s New Year’s Rockin’ Eve with Ryan Seacrest. This gave them a nice reminder of their youth and way for the family to bond as they counted to the new year with their kids at an hour closer to bedtime.

These partnerships were successful, as PEBBLES was able to increase its brand awareness among kids and parents; viewers were called join and go on to TikTok to use the PEBBLES filter, and Dick Clark Productions was able to infuse a family-friendly spirit into their festivities to increase their audience. There’s no doubt that PEBBLES can say ‘Yabba Dabba Doo!’ as their countdown with Fred and Barney not only was seen on live TV but also achieved nearly 16K views on New Year’s Rockin’ Eve’s Instagram post. And if that wasn’t enough, they reached 797.3K views on New Year’s Rockin’ Eve’s Twitter post. The wide exposure PEBBLES received from their partnership with Dick Clark Productions which definitely will have them positioned at the top of people’s minds as the go-to cereal for the New Year. Overall PEBBLES developed creative and fun ways to bring families and young people, alike, together as they evolve as a brand using new and old methods.

Planet Fitness Brings Us To Another World

Due to the global pandemic we are all looking for an escape. In some ways, the New Year provides that, as it brings hope for the future with it. During this year’s New Year’s Rockin’ Eve, Planet Fitness strategically partnered with Dick Clark Productions to promote their services and take viewers to Times Square for a magical party where people from all over can count down to the ball drop. To create this escape for viewers and the special attendees at Times Square, Planet Fitness supplied hats, masks, thunder sticks, and inflatable stand-in people all with the company name. This made for a more spirited celebration and the implementation of some product placement.

If that collateral wasn’t enough to liven the party, they also sponsored their own stage where artists such as Pitbull and Andra Day performed. Planet Fitness’s partnership with Dick Clark Productions helped build an experience both attendees and viewers will remember. Therefore, the impact of this partnership is that positive feelings will come to mind when people think of Planet Fitness. Those with resolutions to be healthier and work out more, (as I know I’ve made before) will be more inclined to check out Planet Fitness and sign up. 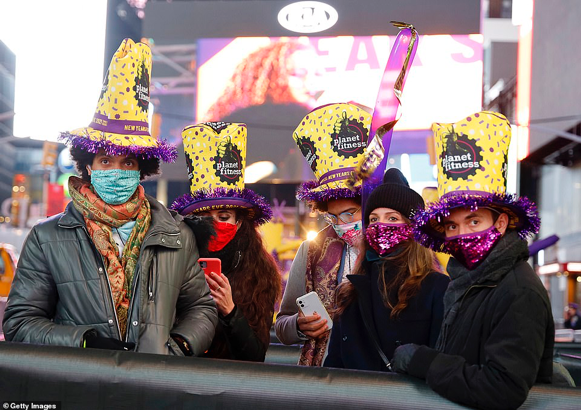 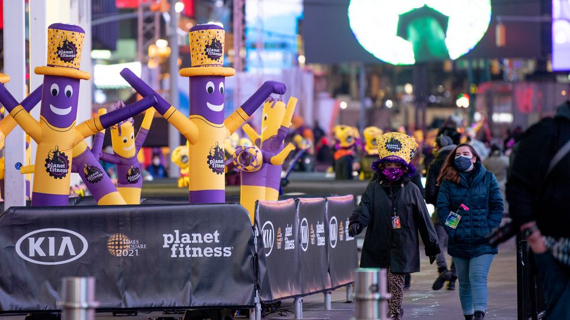 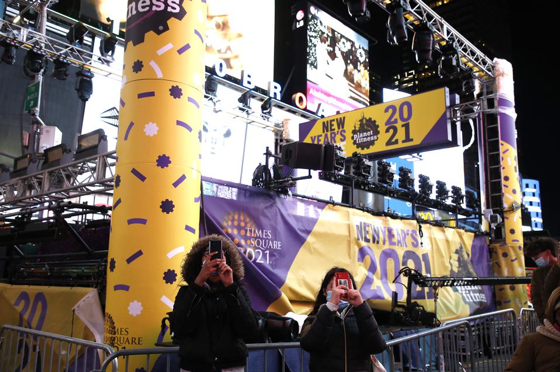 Starting the New Year A Millionaire

It is no secret that we want to be entertained when we tune into Dick Clark’s New Year’s Rockin’ Eve with Ryan Seacrest, and POWERBALL’s segment was no exception. On speaking about the partnership Kevin Patrick Smith, Senior VP of Business Development and Partnerships at Dick Clark Productions states, “We’re thrilled to once again partner with POWERBALL to make more dreams come true as audiences gather to bid farewell to 2020 on the top-rated New Year’s Eve broadcast”. 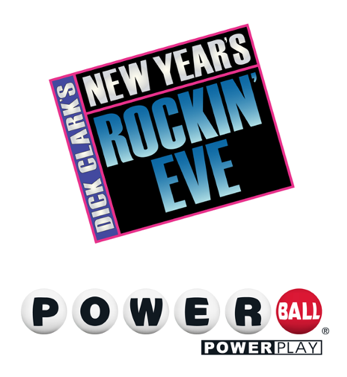 Going into the New Year, we all have high hopes for a better year - whether it be we become wealthier, more successful in our careers, or happier in our personal lives. POWERBALL takes viewers of Rockin’ Eve and channels it into the five potential winners of the million-dollar drawing. They put on an event that captivates its audience through the idea that they, too, can get lucky, more specifically from a purchase in POWERBALL’s lottery. It is normal for people to want to get rich in a quick, clean, and easy way. POWERBALL is giving people the opportunity to watch others win big in their drawing on live TV and envision it being themselves. The segment energizes people for the New Year, which is the goal of Rockin’ Eve. Viewers are enticed to purchase a lottery ticket and test their luck. The fresh start of the New Year makes this the perfect time for POWERBALL to promote themselves on TV. It gives people a taste of the exhilaration and joy they could experience by holding a winning lottery ticket. 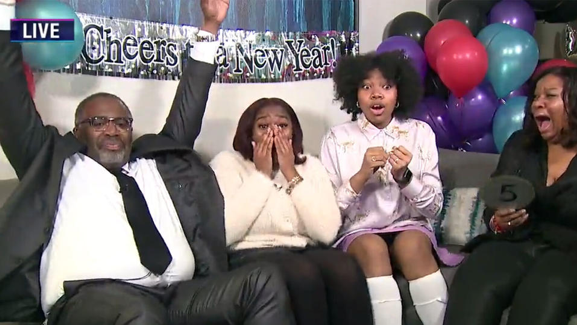 Keep In Mind Goals And KPIs

All partnerships are formed with a goal in mind where both parties collaborate to benefit from the work put in. In terms of the partnerships in this blog, these are examples of external partnerships where the companies involved were able to leverage their own customers, assets, and other abilities. It is especially important brands to remember the goals they have for their partnership and how they want to measure the impact of their efforts.

These key performance indicators could be measured by viewers, cost per click, or number of enrollments. Another significant factor to remember is that companies should think about how their products are placed in programs. If they’re too upfront and scripted, they may be perceived as disingenuous and viewed unfavorably by audiences, as had been done during parts of Rockin’ New Year’s like Lucy Hale’s mention of the PEBBLES TikTok filter. Researched by Pamela Homer and reported in the Journal of Advertising, “brand attitudes decrease when product placements are prominent/obvious, especially when such obvious product mentions are repeated”. When it comes to developing brand awareness, however, all brands were successful as they were hard to miss by the 8.37 million people as they celebrated the New Year.

Check out some of our other blog posts on product placement and brand partnerships!

Product placement partnerships can be difficult when it comes to how the product is placed. Learn about pricing when it comes to Entertainment Marketing in our pricing guide below that's easily downloadable!