Reality Stars Can Be A Brand's Best Friend

When brands consider celebrity endorsement partnerships to help garner awareness with women, reality stars should be a go-to for consideration, especially when a brand doesn't have the millions needed to pay for a top tier actress or actor. Why? Because these individuals resonate so well with that viewer at home.

That viewer sees the reality star as the girl next door, the popular girl from high school, the girl they always wanted to be, the girl... you fill in the blank.  But the girl they can connect to.  So when those reality stars are used to promote a brand, there is a higher connection that passes through into being a purchase driver.  In this blog post, Hollywood Branded discusses some of the most successful social media influencers that have been developed through The Bachelor franchise and why their influence is so powerful.

The Bachelor And Its Success

Have you ever considered moving into a house with 25 other girls? That are the same age as you? Have similar jobs? Wear similar clothes? How about if these same 25 girls were also competing with you to marry the same eligible man?

Well this seems like a strange nightmare, it’s actually the plot of one of today’s most popular television franchises - The Bachelor. In March 2002 The Bachelor aired its first ever season bringing in 25 single ladies to compete with each other while dating the same man, ultimately hoping to be the lucky girl chosen for marriage at the end of the season. Since 2002 The Bachelor has propelled forward to major success, resulting in several spin-offs each year including The Bachelorette, Bachelor Pad, Bachelor in Paradise, and most recently, The Bachelor Winter Games. Although these shows bring in seemingly normal men and women as contestants, many of these individuals have heightened their fame after the show and become extremely powerful social media influencers.

Although Bachelor contestants are only on the show for one season for a limited amount of time, (with exception to a few who come back for a second round with spin offs) these girls see an increase in social media following that is even greater than women who are on other reality shows for multiple seasons (say, The Real Housewives).

Some of the influencers developed through The Bachelor made it into the final episodes of their season before being eliminated, some were chosen to be proposed to by the featured Bachelor themselves. After their original appearance on their Bachelor season, some of the women even became The Bachelorette themselves, or starred on spin-offs like Bachelor in Paradise.

Who Are These Influencers?

Below is a summary of five Bachelor contestants who have seen the most success as Instagram influencers after appearing on the show: 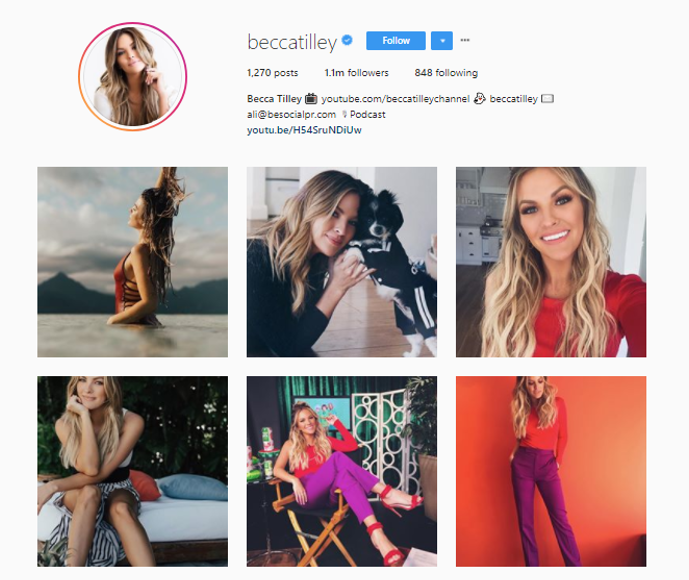 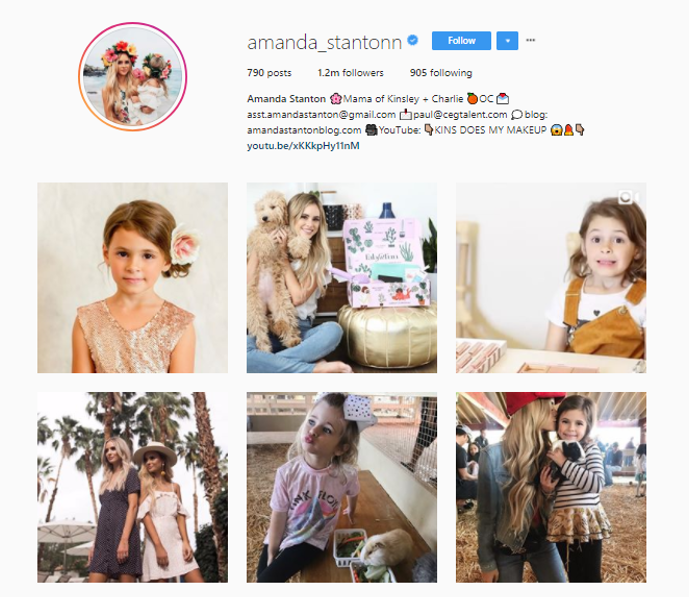 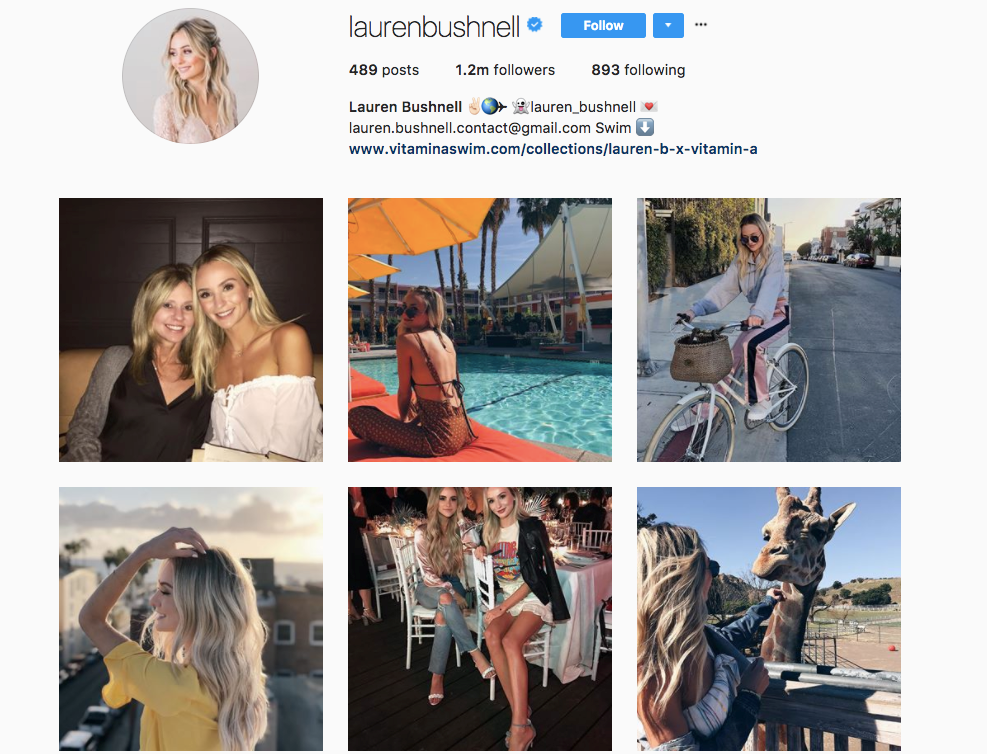 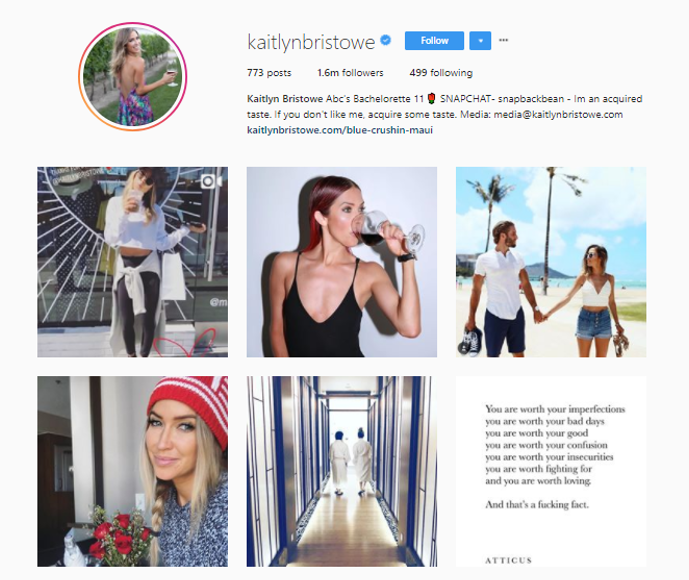 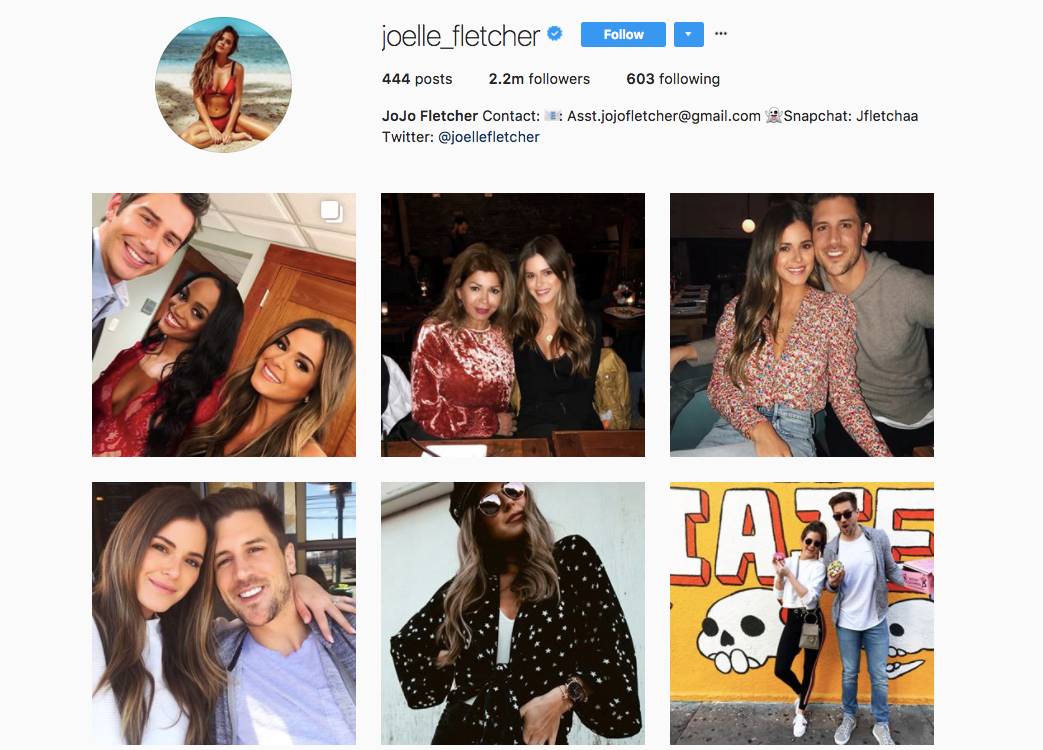 Why Are Reality Stars So Successful?

Based on these extremely high follower counts (over 1 million), the public is dying to get a glimpse into the everyday lives of these Bachelor women. So why are brands paying big bucks to get their products shouted-out on these girl’s profiles? Because their followers really trust in and believe in these product recommendations! One of the major reasons The Bachelor has seen such huge success in general is because they star “ordinary” men and women who are just looking for love like a huge chunk of the general population. Women go onto the show and immediately show the audience their personality-getting named the “weird one”, the “flirty one”, the “young one” on day one. Throughout the entire season, the hopeless romantics at home really start to think they know these contestants on a personal level.

The increase in followers these women see after appearing on the show happens almost overnight. The Bachelor audience follows these accounts because they believe their content will be authentic and real, after all these women are not true celebrities. That’s why when these women are eliminated and are free to begin posting personally again, they are instantly contacted by numerous brands asking for paid partnerships.

Brands know that the best way to market on Instagram is by having real, relatable influencers talk about how much they love and benefit from using their products. Potential customers are much more likely to believe the reviews of a former Bachelor contestant who posts #relatable Instagram stories all day than a celebrity who rarely uses their own account. Today, the marketplace is filled with consumers who crave authenticity and reliable recommendations. If it’s obvious that an influencer was paid for a post, and probably does not even use the product themselves, then the consumer may scroll right by it. These powerful Bachelor women have experienced such real success as influencers because, since day one of their appearance on The Bachelor, they showed the world their personality and reliability in their quest for love. Not to mention their flawless complexions, teeth, and hair have ordinary women wanting to try whatever products they swear works for them!

These reality stars from The Bachelor franchise have become celebrities overnight - just like that fan at home could (in their own mind.)  Or at least, a lot more easily attainable than what the A-lister your brand might consider whose status is absolutely unattainable.  As a brand, think outside the box of what you might consider celebrity, as opportunities that are affordable may be right at your fingertips.

Interested in working with a celebrity but don't have a massive budget? Then check out our webinar on how to leverage celebrities (more affordably) for your brand!