Best Practices For Using SEO To Its Fullest Potential

SOS When Your SEO Goes Overboard

As keyword optimization changes with the season, it can be difficult to keep up with alternating trends in digital marketing, as Google dictates new rules. If your digital marketing efforts aren't constantly up to date, it can adversely impact your brand both in the short and long term.

How does a brand stay on top of good SEO practices and what do you do to make up for bad ones? In this blog post, Hollywood Branded explores the best practices for utilizing SEO to its fullest potential for your brand in our interview with Jason Berkowitz of Break The Web. 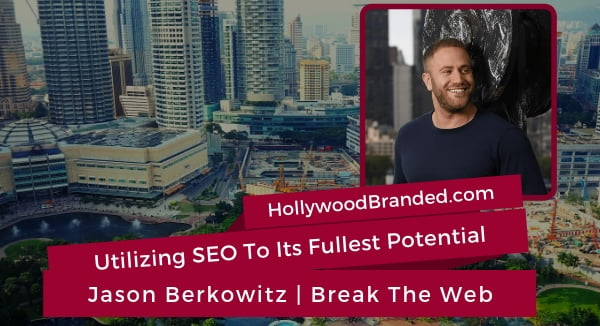 A Little Background On Jason

He and our agency's founder, Stacy Jones, sat down to talk about SEO best practices - including general red flags, things to watch out for with agencies you are considering working with, including what to know about executing old school practices and how to recover from a bad SEO campaign.

Question: Can you tell us a little bit more about yourself, how you got started in this field and what led you to where you're at today?

Answer: Yeah, absolutely. So I am New York City based as well as the primary hub of our agency. And it started when I was, like many other business owners, trying to get that digital awareness online. I was lacking that digital awareness, I was looking for, oh, how to rank on Google, how to get more visibility on Google and I kind of fell into SEO by accident.

I ranked our website for our previous business at the top, it was a personal training company. So we were able to rank for our Personal Training NYC, which is super competitive at the time. And kind of a paradigm shift took place, and I became more obsessed with SEO than I was about fitness. I still like fitness, on a personal side.

But, yeah, just the way SEO works, kind of trying to debug and reverse engineer what was working in the search engines really kind of mystified me and got me really into it. I started freelancing on the side and before you know it, over the course of a couple years, when you start delegating tasks, you don't even realize you have kind of a mini agency. And it kind of took a natural growth from there.

Question: That's awesome. So, can you give people a little more of a breakdown on SEO and how it works?

Answer: SEO, I don't want to use the word gaming, because that's just very taboo. But essentially, the way I see SEO is sending your website metrics that Google sees as being relevant, trustworthy and authoritative. Of course, having relevancy on your website is the starting point, but essentially it's continuously sending trust metrics to Google so they see you as being the optimal search result for a specific query.

2012 kind of shifted the way the industry executed on SEO strategies, where we were able to get awesome results for some crazy competitive terms at the click of a button. It was super easy and even SEO campaigns for businesses were just super cheap because it was all push button automation through platforms. And then they fought spam. They fought these companies that are really trying to take advantage of them.

And it kind of really shifted the industry as a whole. And now it's continuously evolving. I think we all have a pretty good idea of what Google wants to be and what they're looking for in the long run, so it allows you to hone in on your practices nowadays, which is beneficial. But yeah, things are constantly changing and evolving.

Question: So one of the things that, you know, the terms that pop up and have popped up over the years that get referred to our white hat and black hat practices, right? Can you explain those a little bit more?

Answer: Yeah, it's definitely a touchy subject and I'll say this is my point of view. At the end of the day, I think there's only one classification of hat, aside from black hat. And by black hat I mean going to the efforts of hacking a website to game a system. That's the only time I'll consider black hat black hat. If you're intentionally trying to do something for the purpose of increasing your search positions, technically, and if you're not going out of the realm of just building great content as Google says, they say, "Oh, you just have to build great content and then people will find it and people will link to it," sometimes it doesn't always work like that. So, if you go out of that initial standard, technically, you're out of white hat. I have air quotes right now.

So there really is no classification of hats. It all comes down to, I think, the type of link building you might be doing if you are doing a link building campaign. If you're doing what appears natural, what is natural, what mimics the natural approach a website might get links, or if you're spamming. And then again on that other side is what could be black hat, if you're hacking into websites and placing in links and cloaking and a bunch of other technical mumbo jumbo, then yeah, that could probably fall under black hat. I personally don't really classify with hats, probably white hat, gray hat, if I would pick one.

To touch and get a little bit technical here, a lot of the black hat networks and strategies that exists are doing what I was mentioning about hacking. And the way these will work well is because they will hack into everyday websites and then just go on the footer and just throw a bunch of text links right in the footer that blends in with the background. So, while that is black hat, surprisingly, from what I understand, it still works, which is never a good thing. But yeah, it's spam, it's black hat, it's kind of misleading. Again, Google is really big on focusing on the end user. And what value is the user going to get if they just see white text with white background, they're probably not going to see it. 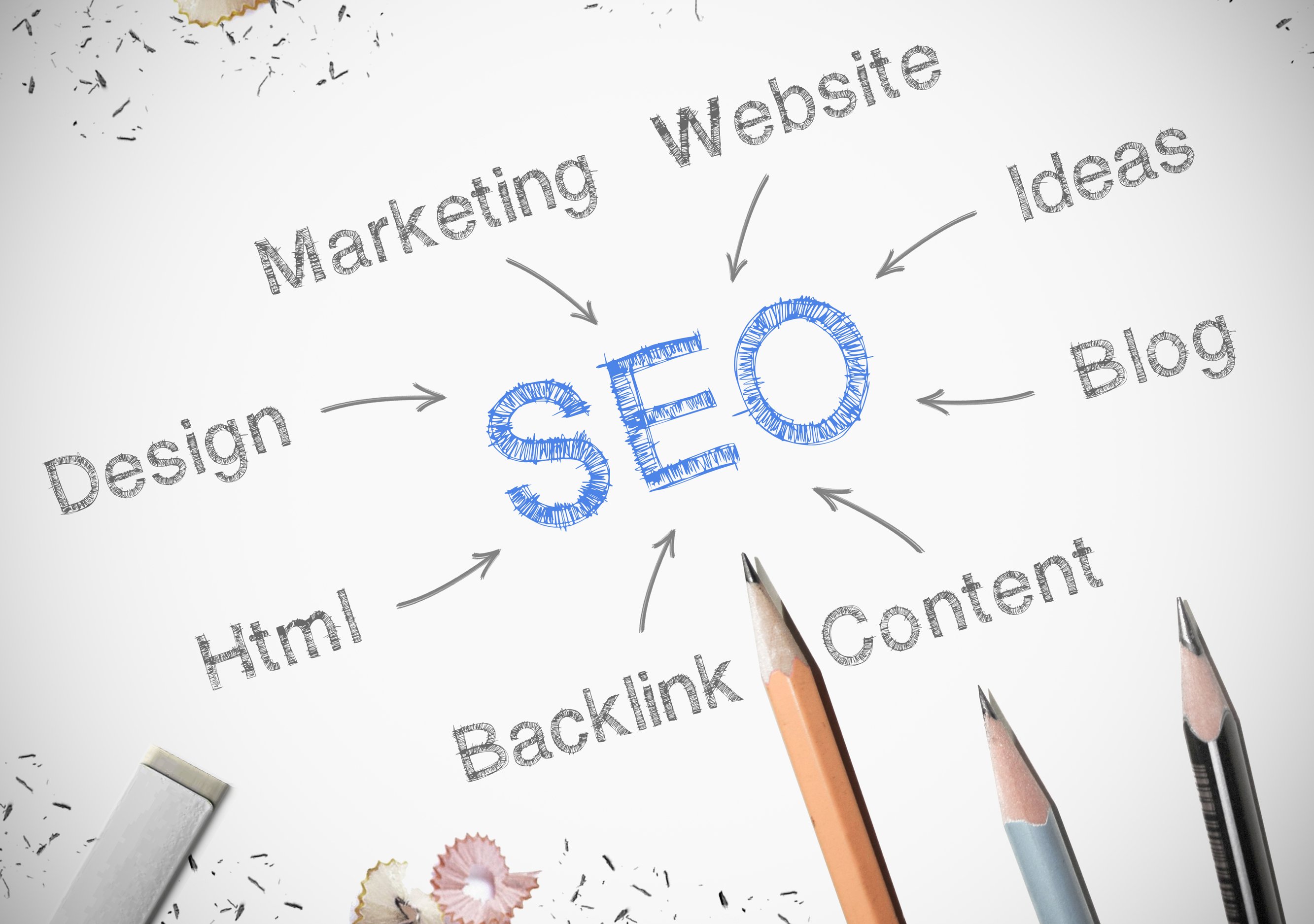 Question: Right, and the whole idea is that Google gives higher authority to websites that have more links from outside sources. That's the idea behind that, right?

Answer: Yeah, it's kind of like mimicking the real world word of mouth, you know, like, "Hey, I'm looking for a plumber. You know a plumber, John?" He says, "Yeah, use ABC Plumbing." John's gonna like ABC Plumbing because they're coming from your recommendation and that's how Google sees it. So if someone's willing to link to you, it's kind of like they're willing to put their reputation on the line to refer someone to a third party website. And that's the trust metrics that get passed from one website to another. Now, if that origin website is super relevant to yours, then you get a lot of relevancy being passed as well. And just a lot of good SEO value.

Question: One of the things that you were going to talk about today with us is one of my favorite topics of marketing mistakes because that's what this podcast is named after and how to avoid them. Can you share some of the general mistakes often made with SEO?

Answer: I can speak to one that happened last week and it's something so simple that most people forget. And it's not specific to SEO, but I think comes down to web development. So we had a new client that just had a brand new website developed and built and migrated over, and then everything started tanking. And when they reached out to us, say "Hey, we need you to debug this quickly," it was simply they removed what's called the no index tag from the source code. So it basically said to Google bots and all the search engine crawlers, "Do not crawl this website." It's called a no index tag, that was still placed on the website. And simply Google, every time they tried to visit the website, was kind of pushed away.

And it's something as simple as removing one little line of code. We do this in the development stage so Google doesn't crawl a staging website and their website under development. But when you migrate the website over to the live domain, that code would typically need to be removed and it's something so simple. And we've actually, since then, we made that into our standard operating procedures, to check for that no index code, to ensure that, yeah, of course, it's very simple but it should be removed. So that's one of them.

And then with SEO is, like you said, you know, people are still following a lot of old school information in regards to what used to work and thinking that it still my work today and going on that. There's a lot of free information out there online. The problem is you don't really know what's accurate and what's not.

The selected highlights above are just the tip of the iceberg of information that Jason shared! To hear the rest of it, listen to the full episode of our podcast!

Want to learn more about the ways that your brand can effectively improve your awareness and sales through digital marketing? Check out these other blog posts we've written!