Using celebrity filmmakers to helm ad campaigns has been a growing trend in the advertising community. Going beyond just celebrity endorsements, brands now look to connect with their audience in a meaningful, creative way, like H&M's Wes Anderson holiday ad.

Walmart has joined this trend by challenging star directors to create ads for the retail chain to be aired during the 89th Academy Awards. In this blog, Hollywood Branded looks  at how Walmart is using celebrity directors for new marketing campaigns to attract a creative and cultured audience during Oscars season. 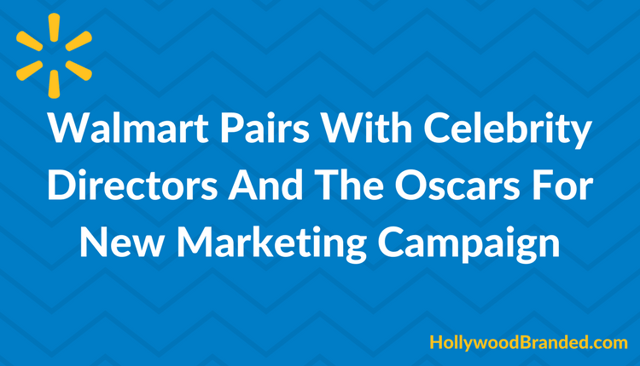 The Challenge And The Campaign

Walmart selected a variety of filmmakers for their project including director Antoine Fuqua, of Training Day fame, Marc Forster, director of World War Z and Quantam of Solace, as well as filmmaking duo Seth Rogen and Evan Goldberg (who have collaborated on everything from This Is The End  to Superbad to The Interview).

The receipt is simple. With the Walmart logo at the top, it contains only six items: bananas, batteries, paper towels, a scooter, wrapping paper and a video baby monitor. With directors from all different genres, we will more than likely see a variety of interpretations from funny to sentimental to dramatic. 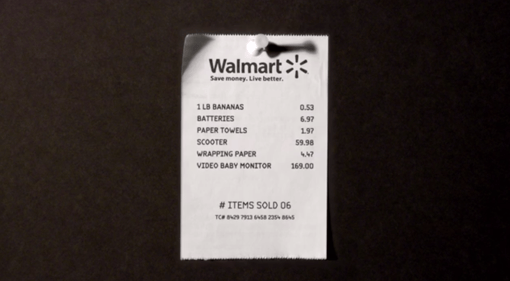 What Does This Mean For Walmart's Brand Image?

This ad campaign is a complete shift in marketing for the retail giant. This project, which will air during the Oscars, one of the most-watched event on television, looks to elevate its' brand image to appeal to those with a taste for film, creativity and culture.  And... millennials.

In a statement regarding the new project, Walmart US CMO Tony Rogers said, "Being a part of the Academy Awards is a great way to connect with our customers in a fresh, new way. As the world's largest brand, and a company that sells just about everything, we plan to be more involved, more engrained in the cultural moments that our customers care about, starting with the Oscars."

Plus, the anticipation leading up to what these four creative people will create, is good marketing in and of itself. It will certainly be an exciting reveal. And a successful marketing campaign in creating chatter.

Could Your Brand Benefit From A Creative Partership With A Celebrity?