Web-Based TV is the New Black

A New Age In TV

Ladies and gentlemen, we have officially entered the future of on-screen entertainment. While traditional screen viewership and even television and cable ownership find themselves on the decline, audiences of all demographics are turning to their even smaller-screen counterparts for storied entertainment. Streaming video on demand websites used to serve the primary purpose of catching you up on that one episode you missed because your meeting ran late, or allowing you to veg out on a full three seasons straight of a show your friend forced you to start; however, multiple sites have now morphed into the equivalent of their own TV channels of original series. We have broken down the top digital content providers, what original programs they offer, and how brands can best partner to engage consumer audiences.

Overview of the Transition to Digital

According to Nielsen data, over 40% of households in the US subscribe to at least one streaming video on demand service. Increasing research is showing the magnitude of viewers making the switch, particularly from the younger millennial generation. Availability, time, and overall convenience are huge factors in the decision to favor the web-based platform. Many viewers are finding that the cumbersome costs of full cable packages are not worth the investment of having a TV or traditional cable anymore, while others are still combining the two sources for an optimum viewing experience.

Chronologically, Netflix broke the ice with not only the first original scripted online series, but also the first to get recognized alongside traditional TV shows with awards such as the Emmys. Competitors Hulu Plus, HBO Go, Amazon Prime, BitTorrent, Yahoo Screen, AOL On, Discovery SEEKER, and more are following suit with their varied original content for subscribers. Memberships to sites like these are far cheaper and more convenient than full cable packages, and are now proving themselves to be legitimate competitors.

Netflix has garnered a large portion of the recognition for its online original content, partly due to the company's sole purpose of web television streaming. It is often credited as the origin of the trend of web-based series, as well as our current binge-watching culture. Although it does not publish the ratings for its original series, Netflix was also the first web-based TV platform to be honored with a prestigious award, with the political hit "House of Cards" bringing home an Emmy amongst several nominations and "Orange is the New Black" earning nominations of its own.

In the past and in the future, Netflix’s stiffest and most direct competition has come from HBO. The two have been in a continuous arms race for innovation and popularity, bolstered by the increased investment in HBO Go (streaming video on demand service to be rebranded as HBO Now). HBO Now developed as an extension of the traditional subscription TV channel, and has positioned itself to compete more directly with the web platforms by offering an online-only subscription for those without cable. While it is set to be nearly twice as expensive as its competitors, HBO maintains a loyal fan base due to its proven history, ground-breaking subject matter, and vast selection of movies that gave its name.

Hulu, like Netflix, developed its brand for the sole purpose of streaming and viewing. Though its price and concept are similar to that of Netflix, its model allows for both full Hulu Plus subscribers and open access, for previewing and limited access to select episodes and advertising. This way, its total web traffic is comparable to its competitors, although its subscription base is lower.

BitTorrent is the new kid on the block to join the online originals party. Its parent website Bit.ly has a very high visit rate due to its base in streaming and file sharing, which sets up for a projected large audience for BitTorrent. Its premiere project, entitled “Children of the Machine,” is a sci-fi series projected to be of particular appeal to the young millennial generation. The COO has made the following statement regarding BitTorrent’s stance on brand partnership and integration:

"We have received an unprecedented and positive response from the largest global brands wanting to be a part of the BitTorrent Originals initiative...Through BitTorrent Originals we enable brands to reach our massive, highly engaged, and coveted audience; not only through traditional standard ad placements but by integrating brands into the content itself." (BitTorrent Blog) 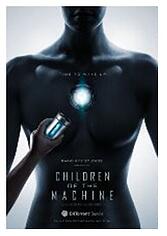 Featured program: Children of the Machine

On the other hand, we have multiple-function service platforms following suit by expanding into the digital world of web series. AOL and Yahoo, for instance, have suffered a decline in more recent years in their brand image, as they are often perceived as outdated and/or inferior to their competitor search engine and email platforms. Moving onto the web-based TV territory could be just the push they need to rebrand and regain competitive user bases.

AOL On boasts an abundance of non-fiction and celebrity insider-based shows, keeping consistent with the special behind-the-scenes image it built up with its sessions and exclusive interviews. These would likely garner a different type of audience than those looking to watch an entire season of a fictional drama, and so the potential for branding should reflect that.

The original programming on Yahoo Screen, reading more like a YouTube channel, contains primarily documentaries and shorts. These pieces are historical, whether loosely based or accurately reflective of real events, and often reflect tragedy. All original videos are free and available to visitors of Yahoo, along with their feed of suggested videos and channels from around the web and news.

Amazon Prime has created a slew of original series, movies, and pilots, available as part of its multi-function subscription package. An auxiliary service from a truly universal online retailer, Amazon Prime’s subscription comes out cheaper than that of its competitors due to the funds coming from the other Amazon profits.

Even the traditional cable channels are getting in on the action and launching digital stand-alone platforms. Another recent addition into the mix is the Discovery Channel’s introduction of SEEKER, its web-based counterpart. The upcoming original series are meant to captivate viewers with the same plot drama that encourages binge-watching, while maintaining the theme of adventure, nature, and learning more about the world around us. Michelob Ultra has already been announced as SEEKER’s first official sponsor, and opportunities should be aplenty for a genre like this.

Sony’s Crackle officially entered the original drama field with its first hourlong series, The Art Of More, toplined by Dennis Quaid.  Christian Cooke (Magic City) has been cast as the co-lead opposite Quaid in the project, which has received a 10-episode straight-to-series order from the digital network.  Additionally, Crackle offers the signature comedy talk show Comedians in Cars Getting Coffee with Jerry Seinfield, and carries the game show Sports Jeopardy!  It has also distributed several shows in a 23-minute episode format that airs dramas including Chosen, Cleaners and Sequestered.

So what does this all mean for the world of entertainment marketing? Naturally, with the relatively cheap subscriber price tag comes the additional option of funding from inevitable advertising. Being that these platforms combine the likes of internet surfing and television, the opportunities for marketing to come alive exist, with campaigns operating more on the direct response style of immediacy and measurement. Some platforms may combine short commercial breaks between shows (some of which can be clicked to discontinue), pre-roll video, or banner advertising, and then the mother load—product placement or brand integration within the content.

At this stage, some of these platforms differ in their willingness to incorporate paid integration into their original content. HBO, for instance, has always upheld a relatively ad-free image, and has tried to carry this over into most of its content by not accepting cash payment for brand appearances in the content. Product placement on the network however is embraced, whether that be loan of goods or trade out for production savings. Netflix also operates similarly to HBO, with product placement as a mainstay in programming, and has allowances for consideration for paid integration. With Netflix, the advertiser is not provided any sort of audience metrics however. The online portals of Yahoo or AOL and BING mimic the majority of today’s television by including both organic brand placements and paid integrations. An ad-free and brand-free world inside content is typically seen as an unrealistic setting. Can any of the streaming video on demand networks truly stay ad-free, or furthermore, brand-free?

Product Placement Is More Effective Than You Think

Check out our blog detailing the ways brands can be worked into traditional television and film. What do you think would be the most effective way to benefit the brands, networks, and viewers of online original series? Feel free to post your thoughts in the comments section below!

It's proven - product placement is a more effective technique than you may be aware of!  And, they're not the only tactic you can incorporate in your entertainment marketing mix. Download the results of our 2015 Entertainment Marketing Survey to learn more about the tactics that consumers and other brand marketers think you should be using.