What Music To Use For Marketing Your Brand

The Importance Of Music Branding Tool To Reach Each Generation
Music has been used throughout the years in different ways as part of branding, and is a proven successful marketing tool to reach all ages.  But it is important to know how to choose the right music to reach each generation in a way that positively influences your target market and helps get them to become long term consumers of your brand.
Music is more than just a melody. It’s a driver. A beat that moves people and makes them take action. Music stimulates social interaction and establishes consumers’ loyalty. It’s an emotional trigger than can substantially affect how viewers perceive TV commercials and how they connect with the brand. In this blog, Hollywood Branded breaks down what music to use for marketing your brand - for every generation.

Baby Boomers: 1946 to 1964
Baby Boomers most powerful memories trigger to teen and college years – just like every generation thereafter does.  And they are proud that they are are the generation that heralded in a whole new world of music.  These are the first early adapters. The first risk takers.  The generation that left World War II behind and embraced their own spirit.  Movies and TV mean a lot of this generation – the digital world, not so much.
Some of the artists that would make Baby Boomers go back to their teens: 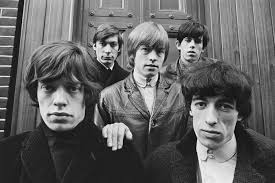 Unlike Baby Boomers whose artists are seldom performing anymore, the Generation X audience can still find some of their most cherished role models performing today. The trick with this generation is that they have not only known the artists since they were young, but have actually grown up with them and learned much about them throughout the years, mostly thanks to the emergence of MTV that allowed the fans to see and hear their favorite artist. So when a brand looks to partner with a Generation X idol, they need keep in mind that the audience will only buy in to that partnership if it is totally organic

Here are 5 artists Generation X would associate with:

Generation Y, Echo Boomers or Millenniums – The Beginning Of The Digital Era 1977-1994

Generation Y (also called Millennium), is the generation with whom advertisers can (and should) start using digital platforms to promote their brands and products. This generation is the glue between the “old” and the “new”, and the most open audience to new markets and experiments in advertising and promotion. One way to use music is in ads aimed to this generation that is now in the stage of entering the professional working market and parenthood, is to find music that throws them back to their favorite childhood artists they listened to in earlier years, when everything came more easily.

The most fresh-thinking, tech savvy, up-to-date generation - Generation Z require a slightly different approach to marketing and advertising than earlier generations. This generation’s audience was born into the digital media, meaning that they learn to acquire things they want fast; they have access to almost everything, and they want it here and now. They are used to the news being changed on an hourly base, being exposed to music from around the world, and live in a world where products purchases are only a click away. When a brand is looking to partner with someone who resonates with this audience, it needs to not be a flash in the night and fizzle.  Music partners need A-listers, individuals  who hold their title as a celeb for a long amount of time, and that is clearly here to stay. It is also crucial for the artists to be involved with the different mediums this generation uses to consume music such as streaming, online downloading, and social media sharing. 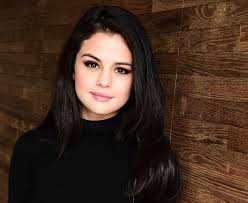 So What Does All This Mean For Advertisers

There are plenty of options of music to use to market your brand. Music is a powerful tool in marketing and promotional strategies. When advertisers know how to integrate the appropriate music to each time period’s audience in a way that bring them memories of fun and happiness, it can lead to a strong established target market, and a long time relationship between consumers and the brands.
If you use the right music to market to your specific consumer, you will naturally develop an automatic and powerful connection that goes back to their youth and memories of happiness. Each generation has a different sound, a different beat that drives them still to this day, despite the years that might have passed.  Many of these artists may still be performing and available as marketing options beyond music licensing, including music video integration, celebrity appearances at events, tour sponsorship or lyric verbal mentions.  Watch our video to learn which music appeals to each generation!