California is about to return as the official home of the Silver Screen.

The California Film & TV industry had a very big win yesterday on a battle that has been fought for years and which will impact the families of those our team works with on a daily basis while impacting runaway productions.

The signing by the Governor of the California Film and Television Tax Credit Program bill more than triples the size of the available budget to entice more productions to remain local, and film in California versus other states. 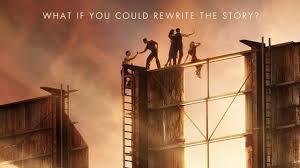 With the majority of the studios, TV networks and production companies headquartered in the Los Angeles area, the preference by the industry is to base productions in California. But the lack of tax incentives has driven financing departments to push for states offering tax credits – and making union crew workers choose between staying home with their families, or leaving for months at a time for a job in another state.

The tax credit system has historically acted as a lottery system, with productions submitting requests for tax incentives in exchange for putting dollars into filming in California and payroll to local union workers. Once the request is submitted, productions that pass the initial review have had their future literally left to chance, with the State randomly awarding the tax credits.

The new review system includes a scoring card based on the production’s ability to employ a significant number of local workers. This is a much more rational – and cost beneficial – plan that will truly impact the local economy.

Why It Is Important

Those production dollars help the local economy, which is the incentive behind why other states around the US – and in some cases entire countries – offer more competitive programs with higher dollar allocations. Over the years, more and more California based productions have moved out, affecting not only local movie/TV crew workers, but also the local businesses that support the community.

The purpose of the revised tax credit bill is to make California more competitive with states such as Georgia, Louisiana, New York, and even Canada. While California will still not have as lucrative funding as any of those states, this will make a tremendous impact.

Currently Georgia and Louisiana have no annual tax credit maximum – meaning that any production that meets their requirements receives the benefit. New York however has about a $420 million tax credit ceiling, making California able to be that much more competitive.

The legislation will increase the annual allocation of state tax credits to $330 million per year, more than triple the current amount, starting with fiscal year 2015-16 and lasting for five years.

It will expand the eligibility to include big budget feature films and new one-hour drama series, categories of production that have moved to other states in recent years as studios and producers take advantage of other state’s available tax incentives in order to produce content at a lower cost.

The legislation will allow big-budget features and most one-hour TV shows – the content creators with the highest budgets - to be eligible for incentives.

The overall tax credit pool will be divided among various production categories:

Projects selected must start production within 180 days or forfeit the credit, which is then allocated to projects drawn from a waiting list.

Not all production types are eligible for incentives. The bill does not cover talk shows, despite New York offering a credit for talk shows that move to the state.

More productions will be able to return to filming in California, historically the largest location base for all filming, which has dwindled over the years.

That means more money generated by local businesses that were originally created to support Hollywood’s infrastructure – everything from restaurants to florists to hairdressers and more.

The expanded credit means that 10,000 jobs will return to the Los Angeles region next year.

And for our team, it means that people we care about, worked with and have known for decades will be able to finally come home.

Check out our post on the history of product placement to learn more about how brands work their way into productions and how Hollywood has always capitalized.