3 Reasons Vlog Channels Are So Popular 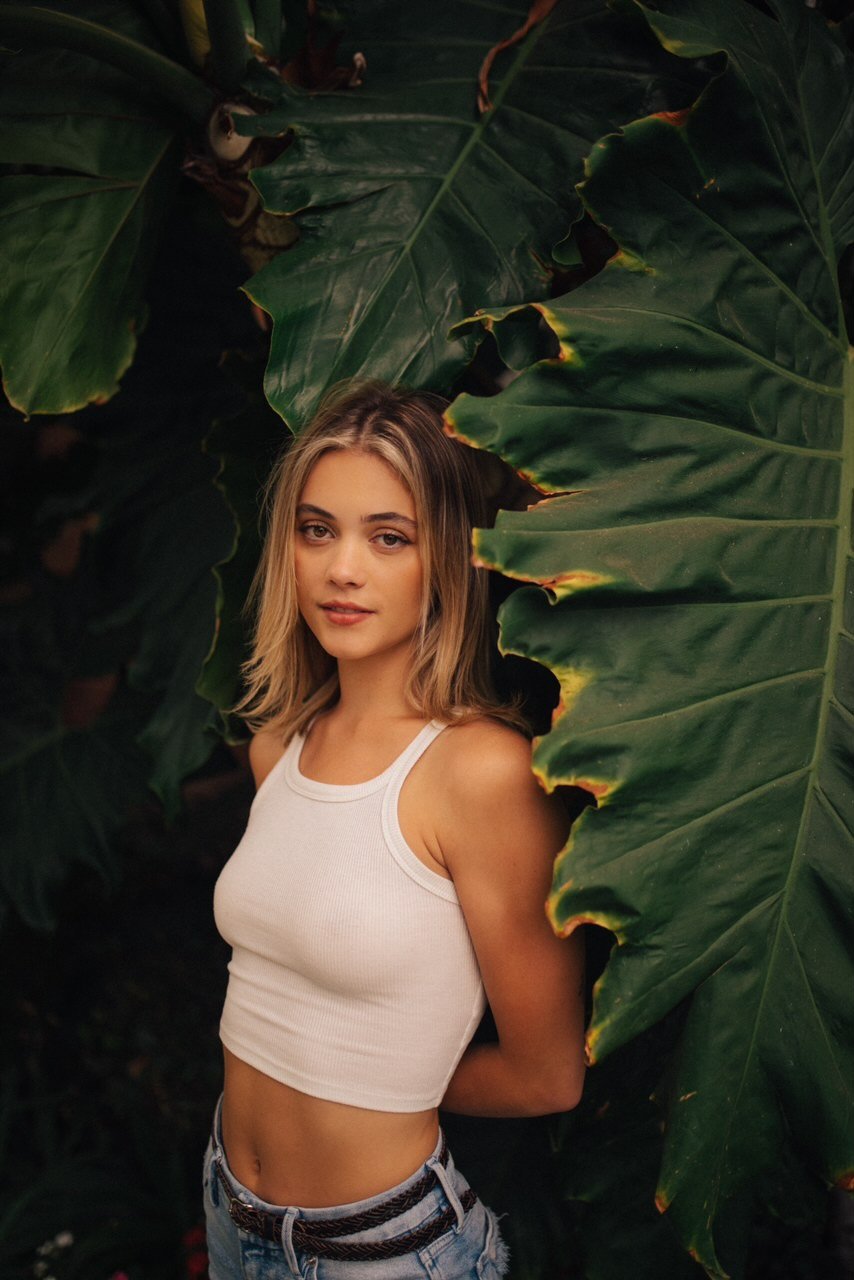 Vlogs Are For Everyone

"Vlogs" have been "the big thing" for the past 6 years. In a world entirely oversaturated with content and media, vlogs stand out in a big way. Pioneers in the industry such as David Dobrik, Emma Chamberlain, and Logan Paul have risen to unfathomable fame and success using the vlog platform as the basis for their content, while many attempt to follow in their footsteps.

But why does such a simple formula for content perform so well? How can David Dobrik post a day in his life and get 22 million views on the video? And why do communities flock so loyally to their favorite creators? In this blog, Hollywood Branded explores five reasons why vlog channels are so popular and perform so highly. 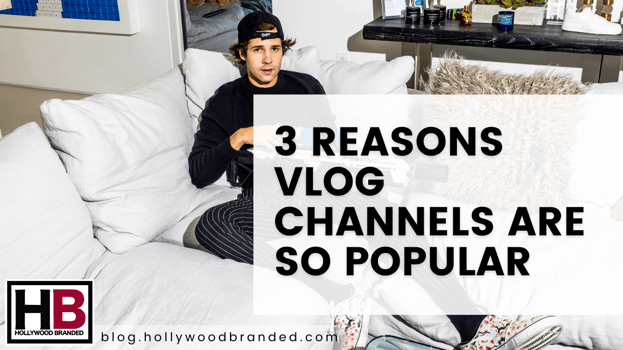 What Is This "Vlog"?

Never heard of a vlog? No way. For those new to the term, where were you all 2015? The word “vlogging” comes from a combination of the words video and blogging. It’s as simple as that. Vlogs are pieces of video content that are often unscripted, capturing moments in a creator’s life and giving viewers a seemingly intimate view into the daily activities of their favorite internet personalities.

Vlogs can be either short or long-form and can range anywhere from 4 minutes to an hour. These videos serve as the primary form of content created by massive YouTubers such as David Dobrik, Emma Chamberlain, and Logan Paul, who have a combined total of over 52 million subscribers on YouTube. That’s 14 million more than the entire population of California. 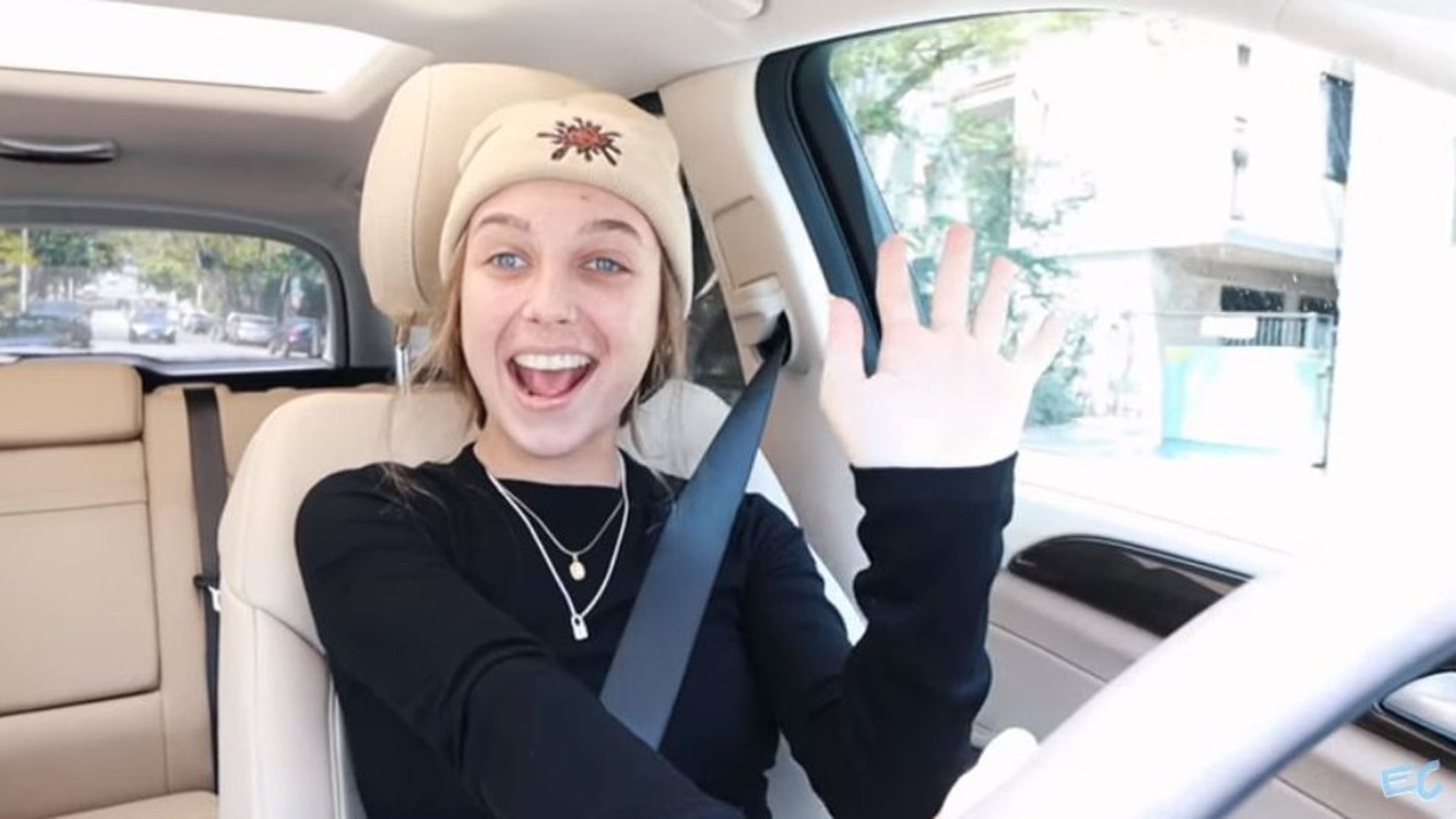 It is platforms like these that have launched the careers of creators in the social media world to become omnipresent in the world of media, expanding their reach to platforms such as Instagram, Twitter, TikTok and Triller, and landing many on the Forbes 30 under 30 list. Yup, vlogs can do that.

But why do such seemingly casual pieces of content do so well? It seems ridiculous that carrying a camera around with you all day can turn you into a multi-millionaire at the age of 21. Not surprisingly, a lot of thought has been put into answering this question. And even more creators have adopted the style of content creation for themselves, many successfully.

Perhaps one of the most obvious reasons vlogs can amass millions of views is due to their inherent relatability. As discussed, vlogs often are completely unscripted pieces of content that document the daily comings and goings of a creator. This approach to content creation arrived in the YouTube space as a relatively new approach when creators like David Dobrik began his career. 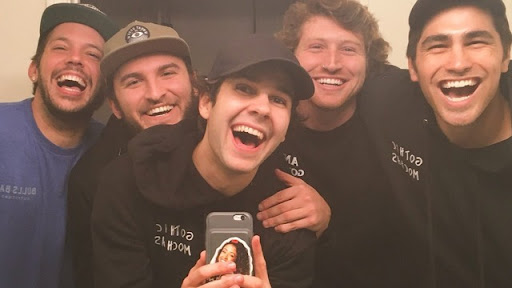 You have heard it a million times before, human beings are social creatures. Many argue that we gravitate to things that we can identify with personally or find pieces of ourselves in.

What better way to appeal to an audience than to liken yourself to them- opening your personal life, mistakes, jokes, routines and stories for people to relate to? In a world where many pop culture icons and celebrities feel so far removed from the world of normalcy and humanity, vloggers feel like “one of us”, and many viewers view them as friends.

#2 Vlogs Connect People Across the Globe

Since people started creating vlogs, they were being posted to YouTube, a platform accessible by nearly everyone across the globe. While it may not seem like it at first, vlogs serve as a massive mechanism for connecting people across the globe.

In fact, according to Celebrity Intelligence, vloggers like David Dobrik have hundreds of thousands of fans in Brazil, Mexico and the Philippines while Emma Chamberlain has massive followings in the United Kingdom and Australia.

Additionally, travel vlogging has emerged as a massive genre in the vlogging community. Travel vlogs follow creators whose content revolves around, you guessed it, travel! Vlogs like these do an incredible job of highlighting different cultures, people, lifestyles and cuisines. Travel vloggers are often known to host trips and meet-ups as the tour around to connect with and meet fans in person as well. 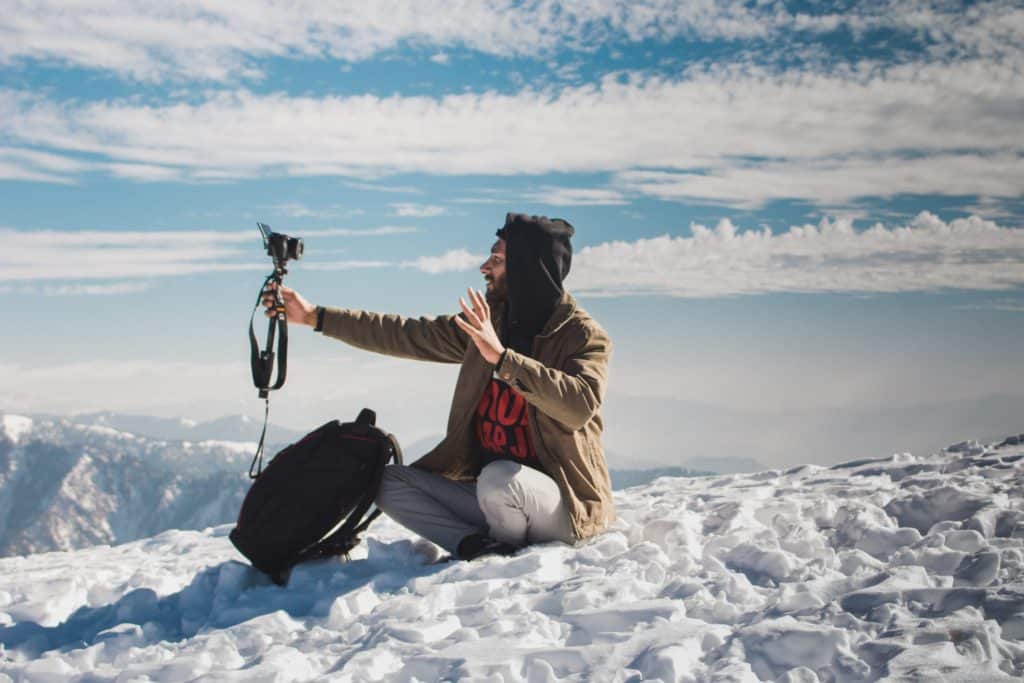 As you can tell, vlogs are overall quite accessible. With YouTube as the primary platform for most vlog content, vlogs can be watched on any device free of cost. And unlike with traditional television and movies, social media platforms such as YouTube, Tiktok and Instagram are built to remind you to watch, watch watch!

Vloggers are constantly urging their fans to like, share, subscribe and turn on notifications. When fans enable post notifications, they are instantly alerted whenever a creator releases new content often with incentive to immediately view or interact in hopes of gaining that creators' attention early on.

Just like how vlogs appeal to viewers in terms of relatability, and how they unite those around the world, vlogs have the power of creating massively powerful and loyal communities. When fans feel like they know creators personally they are more likely to invest in their content, their life and their brand. 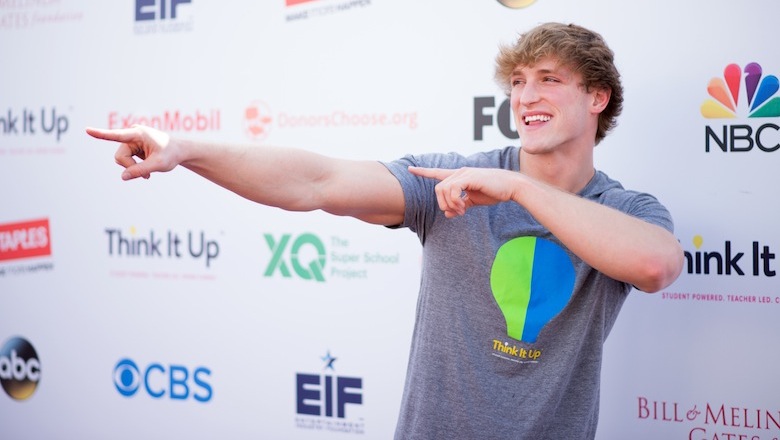 As discussed above. Many fans will flock to vlogs the instant they get the notification a vlog has gone live or has recently been released. Why do they do this you may ask? Is it because viewers want the first look at what a creator is up to? Do viewers want the opportunity to comment first? Are viewers hoping that maybe, just maybe they can get the attention of their favorite creator while views and comments are still small? Or perhaps are they following the guidelines of a social media giveaway campaign in hopes of winning a prize?

If you answered “all of the above” you would be correct! Many vloggers are host to a massive, loyal and engaged fan base, many of which with their own identities and "fandom names". For example, Logan Paul calls his fandom under the collective term "mavericks" just how Justin Biebers fan group identifies as "Beliebers".

Vlogging is popular for many of the same reasons reality television performs so highly. When one zooms out and takes a look at all the way in which this form of content creation opens the creator and overall platform up to consumers, it is easy to see the level of attractiveness. With high levels of relatability, easy accessibility, and the the potential to retain unprecedented levels of engagement, it is clear why many vlogs and their respective creators perform so incredibly well.

Learn More On The World Of Influencer Marketing And Social Media

Want to learn more about the world of content creation and influencer marketing? Be sure to check out other blogs that Hollywood Branded has written about creators!