The music industry is always quick moving… and for boy bands of all kinds, it’s moving in one direction, and that is UP. From U2 to N*SYNC, One Direction to BTS, the overwhelming success of “boy bands” brand partnerships and their extreme fan following is something that is not going away. Global artists like the KPOP boy band, BTS (meaning ‘Bulletproof Boy Scouts’) have created a path for other artists to really take note of by choosing strategic partners when collaborating with brands.

Whether it was U2 and Blackberry, N*Sync and Coca Cola, Jonas Bros and Baby Bottle Pops or most recently BTS and Samsung Galaxy Buds, the opportunities for successful celebrity and product partnerships are endless. Brands have realized and are continuing to realize the strength and reach that these boy bands have created through their fans. In this blog, Hollywood Branded will discuss the immense fan following of boy bands, BTS specifically, and how brands have found major success in creating partnerships with them. 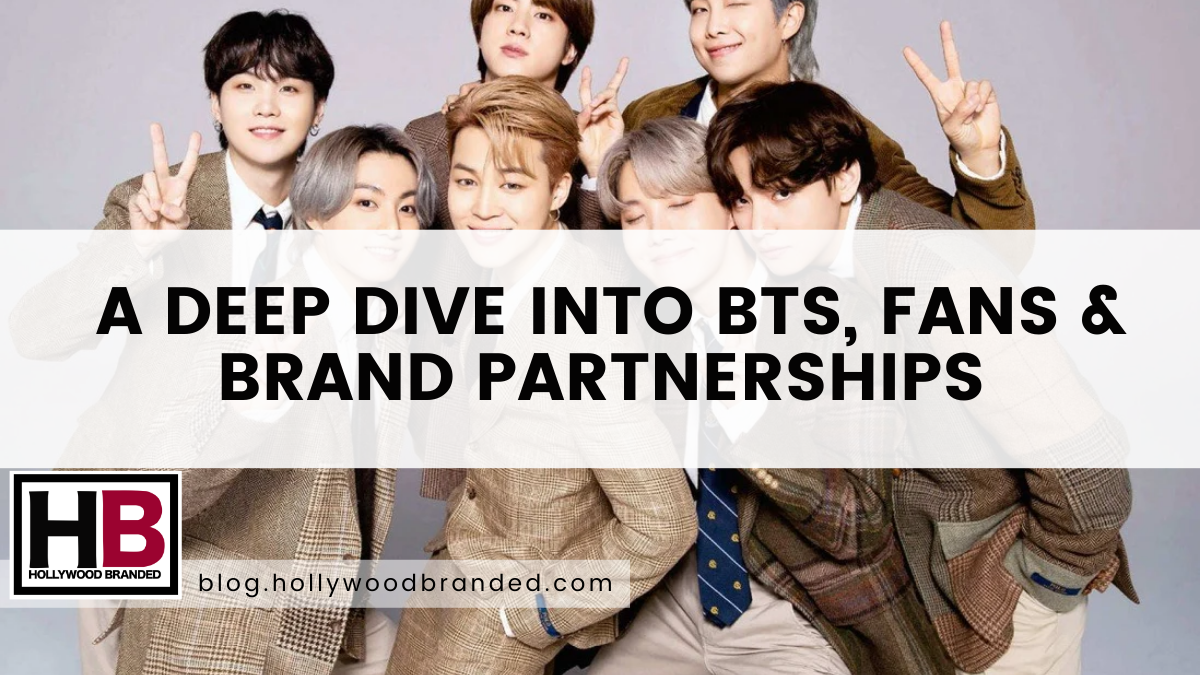 Now, let’s talk a bit more about the fans. BTS’ “ARMY” or One Direction’s “Directioners” are their own kind of breed. There’s a reason that boy bands have had such sustainable careers throughout the years and it’s all due to the fans. Their unconscious love and devotion to these members has allowed them to continue selling records, selling out arena tours and merch lines and continuing to create new avenues through music and partnerships. That love and devotion from the fans directly transfers into the band’s ability to endorse products. BTS ‘ARMY’ for example, started as a small cult following created by the fans to focus on BTS’ whereabouts, upcoming concerts, merch, socials and honestly deep research on them every step of the way. With now over 56.9M on their band's Instagram and over 162.3M followers cumulatively on their personal accounts, BTS has found an overwhelming amount of exposure not only in their native country of South Korea, but globally.

To even further explain the drive that a band like BTS has, the 7 members have never had their own individual Instagram accounts until Monday Dec 6th. One of the members “V” aka “TaehYung” officially beat Angelina Jolie’s record as he came “The fastest person to reach 1M and 10M followers” on Instagram. He also broke Billie Eilish’s record as his post became “The fastest celebrity to reach 1M likes” in just 4 minutes. Like, WHAT?!

With all of that being said, boy bands like BTS are extremely careful when choosing partners and what products they collaborate with. They want to create a strong communication and trust between them and their fans so only working with brands that they believe in or actually support is very important. It’s not just about the money for them—although, it can’t hurt.

BTS and their ‘Army’ has created somewhat of a “Beatle-mania” craze. One Direction saw this back in 2010, and now, more and more boy bands are continuing to go viral and experience the same level of global fame. It doesn’t matter where the band is based out of, if you get fans intrigued and involved in your everyday life and shining personality, then you’re set. Plus, BTS’ intricate choreography and detailed music videos also are a pretty easy thing to fall in love with. However, with this fame comes the responsibility of choosing the brands they partner with, very wisely. The insane amount of sway and influence bands like BTS have over their ‘Army’ is something that not every pop group is able to tap into. In their partnership with McDonalds, BTS created a viral “BTS Meal” that displayed 7 different McDonalds meals for each of the members. Genius. This went over famously with their fans as they were a huge part of having Mcdonalds McNuggets sales jump 250% in Korea and sell over 1.2 million sets of the BTS Meal. Travis Scott previously had a meal at McDonalds that was wildly successful and the BTS Meal outdid that within it’s first week of the US launch.

BTS partnered with Hyundai for the new release of their Ioniq car to create awareness about carbon neutrality and created a custom music video mixing English and Korean that was sure to create some buzz. Because of their loyal fans, they were able to partner with Hyundai worldwide for a bigger partnership and become global models for their brand in November 2021. This has included everything from promo videos for the ‘Brilliant Kids Motorshow’ exhibition in Seoul and Busan, a Hyundai special film featuring BTS, and a Hyundai NEXO partnership as well. We should be expecting much more to come in this space as this is only the beginning. The amount of social campaigns, dance challenges and custom content that has been created around this partnership is off the charts. This is a perfect target for millennials, because Millennials, like myself, love all things celebrities, cars and creative content that steals our attention. Be sure to keep an eye out for this one because I think you’ll see this is only going to get bigger. 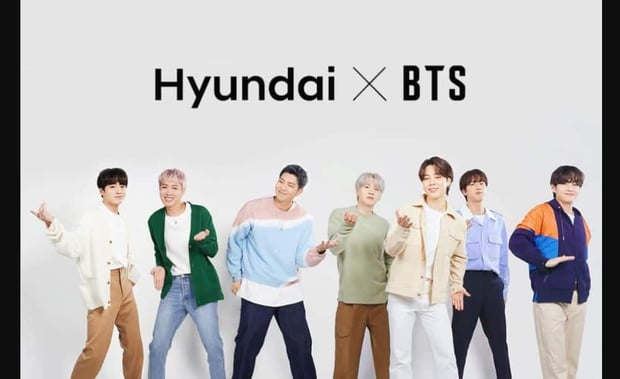 Similar to their custom McDonalds meal, (but not at all the same) *same same but different* the BTS boys came out with a Galaxy S20 Series, BTS edition with a purple case. SO on brand. They added their purple heart on the Galaxy Buds+ BTS edition and Buds+ charging case which really resonated with fans and ultimately, created more interest around the product. They also became the overall brand ambassadors for Samsung Galaxy creating numerous spots and behind the scenes footage of their creation of music, events and more. With this partnership, the BTS edition phone and custom purple ear buds sold out in just ONE HOUR, which is just another testament to the loyal fans. I’m exhausted thinking about all of the content these young men are creating, but hey, someone’s gotta do it.

So to wrap it all up, these music and brand partnerships are leading to major success for brands and products of all kinds- as well as growing artist’s fan base in multiple genres. It’s truly a win win here. So, to stay ahead of the curve, U2 will want to stay up to date with all things boy bands, because they’re continuing to help pave the way for pop artists and most importantly, their fans.

Whether you’re working as a brand or you’re just a music fan, if I were you, I’d jump on this bandwagon and throw yourself into the madness. Not only is it fascinating but to be honest, it’ll also make you want to dance and follow everything they do.

If you enjoyed reading about Boy Bands, KPOP and their brand partnerships, take a look at these other blogs that discuss every aspect of the music industry!

Want to stay in the loop about all things entertainment? Look no further than our 'Hot In Hollywood' newsletter below!